Pi Approximation Day celebrates the pi symbol (π) and its importance to mathematics. The symbol is a Greek letter, and it is used in mathematics to represent the ratio of the circumference of a circle to its diameter. The first digits of this ratio are 3.14159, and the number continues infinitely without a pattern, being an irrational number. It has been calculated to over one trillion digits after the decimal point. The symbol "π" was first used in 1706 by William Jones. It gained in popularity after being used by Swiss mathematician Leonhard Euler in 1737.

Pi can be expressed as the fraction 22/7, which is an approximation of its actual value (hence the word "approximation" in the day's title). Pi Approximation Day is particularly celebrated in countries that write their dates in the date/month format, where today's date would be written as 22 July or 22/7. Those who write their dates in the month/date format are more likely to celebrate Pi Day. However, both holidays can be celebrated no matter where one lives. Pi Approximation Day may have first been celebrated at the Chalmers University of Technology in Gothenburg, Sweden.

Demetris Nichols: Boeheim's Army 'has what it takes' to win the TBT - The Juice Online (the juice; podcast; Cheng)

Syracuse basketball legend Demetris Nichols joins host Wes Cheng on The Juice on the Cuse podcast hosted by SNY.tv to discuss his Syracuse career, his favorite place to play abroad, and the 2019 TBT. TJO Columnist Jim Stechschulte then calls in to chat about the 2019 Syracuse football season.

Here are the highlights from the show:

Wesley Cheng: Demetris, you’ll be broadcasting the games for ESPN Radio. Break down this year’s roster for me. What do you like about this year’s team?

Demetris Nichols: This team has a lot of pieces. Obviously Eric Devendorf, Hakim Warrick, they’ve been playing Boeheim’s Army for a long time. They are experienced. […] Jordan Crawford, he didn’t go to Syracuse, so if people don’t know, he’s a 6’4″ shooting guard who played for the Atlanta Hawks, the Washington Wizards, the Golden State Warriors, the New Orleans Pelicans and the Boston Celtics. He has eight years of NBA experience. Adding him to the roster adds another scorer. Another guy who get to the paint to create a shot for himself or create a shot for somebody else. I’m pretty sure they have what it takes. I’ll be there in spirit. And I hope that they can get it done this year.
SUBSCRIBE, Rate and Review IN ITUNES

Rundown:
1. Syracuse basketball legend Demetris Nichols calls in
2. Favorite place abroad to play
3. What do you think of this year’s Boeheim’s Army?
4. Favorite Syracuse memory
5. Senior Columnist Jim Stechschulte calls in
6. Tommy DeVito and the offense
7. Linebackers and the defense
8. Predictions on 2019 Syracuse football
9. Closing thoughts and wrap up
...

The Syracuse basketball squad remains busy on the recruiting front, extending a scholarship offer to 2021 center Micawber Etienne.
The Syracuse basketball program, which has doled out scholarship offers to a handful of high-school players in recent days, continues to stay active with its recruiting efforts.
The latest offer goes out to Micawber “Mac” Etienne, a four-star center in the class of 2021, who announced this news via his Twitter page.

The 6-foot-10 Etienne is a rising junior who currently attends the Suffield Academy in Suffield, Conn., a team that seems to consistently perform quite well throughout the New England area, according to the Suffield Academy Web site.
At this juncture, Etienne is thought of as a top-90 guy across the country in the 2021 class, according to the bevy of primary recruiting services. For one, 247Sportspresently slots him at No. 74 overall, while at https://n./content/prospects/2021/micawber-etienne-236175, Etienne is rated No. 77.

6’11” big Mac Etienne (@Micawber_e) is putting those PG skills on display at the NEPSAC College Showcase in Hamden.
Young man from @PSACardinals/@Suffield_Hoops ALWAYS brings relentless passion and energy to the floor! Can’t teach it and it’s valuable as hell…
— The Hustle (@TheHoopHustle) June 29, 2019
Expand...

I don’t usually put a lot of emphasis on these subjective rankings, however, securing the services of Etienne, who clearly has a strong low-post skill-set, would prove an awesome get for the ‘Cuse.
In reviewing Etienne’s Twitter account, as well as various recruiting Web sites, it appears that he possesses numerous offers at this time, from groups such as Bryant, Big East Conference member Marquette, Massachusetts, fellow Atlantic Coast Conference foe Pittsburgh, and VCU.
... 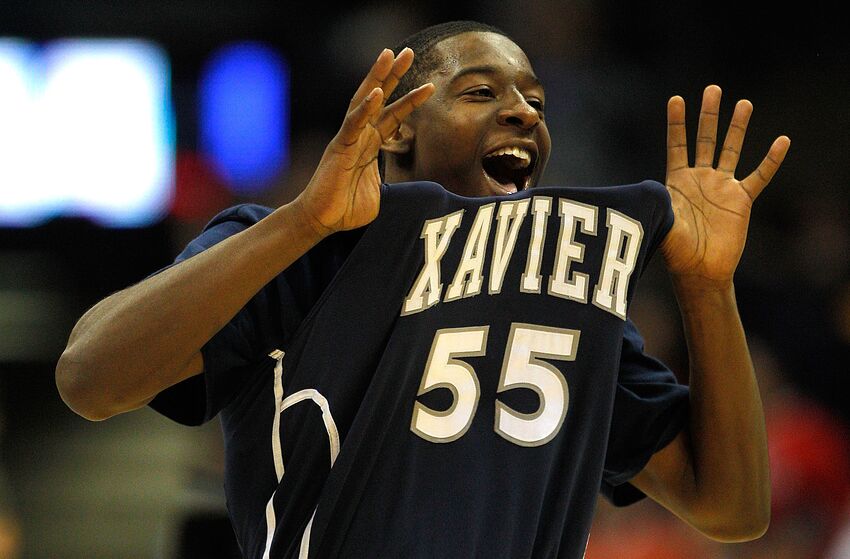 In this Boeheim’s Army 2019 Player Series we will feature the members of this year’s TBT (The Basketball Tournament) squad. Up next Jordan Crawford.

Boeheim’s Army is back baby, and boy do we have a great team this year! Once again you got your veterans like Eric Devendorf, Brandon Triche and Hakim Warrick back. This year though we also have fresh blood in Jordan Crawford.
Though Crawford has not been on Boeheim’s Army in the past or played for Syracuse basketball at any point, he is a welcomed addition to a team that can always use more athleticism, leadership, and scoring.

Devendorf, now a special assistant to the head coach at Detroit Mercy, according to The Daily Orange, and a Michigan native, he reached out to his friend, Crawford and recruited him to join this year’s team. He knows Crawford is a very talented guard/forward who can play multiple positions and can score at will.
Only one year removed from playing in the NBA, Crawford may be most known for starring for Xavier Basketball in college in 2009-2010. He led the Atlantic 10Conference in scoring 20.5 points per game that year which also ranked him 21st in the nation, according to GoXavier.com In the NCAA tournament, he was named to the five-member NCAA Tournament All-West Region Team after scoring 29.0 points per game over three games.
...

Louisville basketball recruiting is starting to pick up in the class of 2020. We look at the top point guard and combo guard options for Chris Mack.
With so much talk surrounding Louisville football recruiting and the first summer in the tenure of new head coach Scott Satterfield, there’s not been much focus put on basketball, especially recruiting. But that doesn’t mean that Chris Mack and his Louisville basketball staff haven’t been hard at work this summer, quite the contrary in fact.


We put together our first “ideal recruiting class” earlier this spring, but since then, Mack has extended offers to a ton of the top players in the class of 2020. Between the Top 100 camp earlier this summer, and Peach Jam a few weeks back, the board for Chris Mack seems to be getting longer and longer in the second live period of the summer.

The Cards are still locked in on names like Caleb Love, Isaiah Jackson, Hunter Dickinson, Jay Scrubb, and a few other recruits in the class that we’ve examined closer, but how will the latest offers from Mack impact the overall picture of the class of 2020?

Just by looking at the offers Mack and company have extended, we see where their primary focuses lie. First off, we know that the Cards are going to lose four seniors at the conclusion of the 2019-2020 season, including guards Fresh Kimble and Ryan McMahon, big man Steven Enoch, and combo forward Dwayne Sutton. It’s almost a guarantee that wing Jordan Nwora will be off to the NBA, after what could very well be an ACC Player of the Year, National Player of the Year, and First Team All-American type of season.

Let’s take a deeper look at how the big board stands at this point in our minds, and how the new offers could impact things.
...