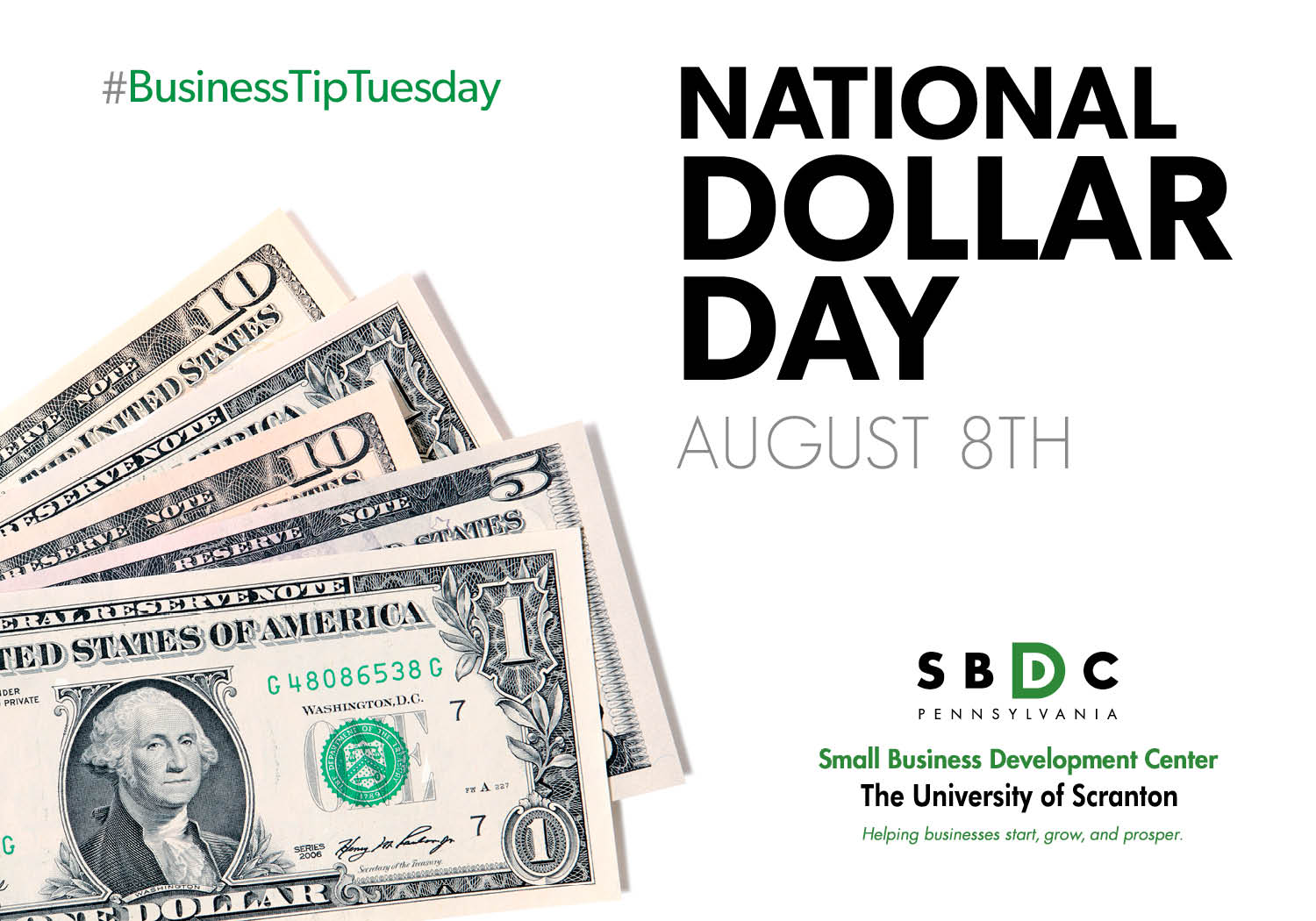 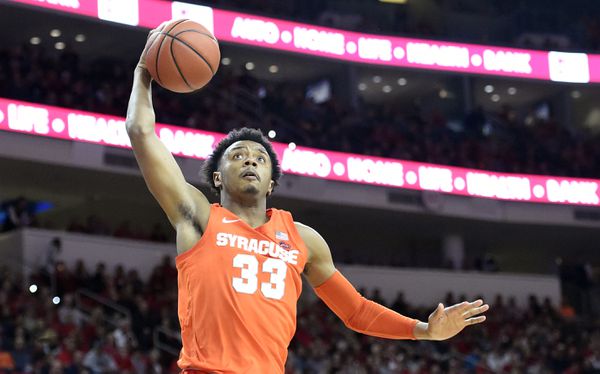 Adrian Autry relented, his curiosity pushed past peak. People kept telling him to stop by Syracuse Basketball Camp to watch one particular teenager. The camp, held each summer in the Carrier Dome for kids, does not usually attract an athlete who can creatively dunk on other campers.

But there was Elijah Hughes, winning dunk contests, scoring 30 points in scrimmages, creating buzz. So Autry went. And was dazzled.

Hughes was a native of downstate Beacon, a kid who chose summer school and the familiarity of a hometown AAU program over a sneaker-circuit team that likely would have elevated his basketball profile. Autry introduced himself, asked a few questions and invited Hughes to SU’s Elite Camp.

Hughes, a tall, broad-shouldered guard, remembers playing well at Elite Camp. But Syracuse, still stinging from NCAA scholarship restrictions for Hughes’ 2016 class, did not offer him a scholarship and he agreed to play at East Carolina.

When injury, a tenuous coaching situation, a lot of losing and being away from everybody he loved back home became an issue his freshman season at ECU, Hughes decided to transfer. Autry reached out, hoping to rekindle interest.

“We knew how good a player he was and were a little upset that we couldn’t recruit him the first time around,” Autry said. “I wanted to be one of the first people to reach out. I thought it was an unbelievable opportunity to get a really, really good player.”

“I remember exactly where I was when Coach Red called me,” Hughes said. “I was in my dorm room. I had just gotten the release. I was literally packing all my stuff when Coach Red called me on my phone. He was like, ‘We want to get you up here. Coach Boeheim is gonna call you.’ I was super-shocked. I loved Syracuse growing up. I always watched them play. And I was just like, ‘I can play here?’ ”
...

Former Clemson men’s basketball assistant coach Steve Smith has landed a new gig, and he will be staying in the ACC.


Smith has been hired as an assistant coach at Florida State, the school announced Wednesday afternoon.

Smith spent seven seasons at Clemson, helping the Tigers to the Sweet 16 in 2018. When the new ACC Network debuts this fall, one of its offerings will be a one-hour documentary titled Unbelievable, following the Virginia Cavaliers’ path to the 2019 NCAA Tournament title.
Check out the trailer:

“Coach Bennett and his team did what many thought was unthinkable—rebounding from a devastating loss to capturing a series of dramatic tournament wins on the game’s biggest stage. We are delighted to tell this inspiring story on ACCN, and are thankful for Virginia’s generosity in letting us do so,” said Stacie McCollum, senior director of programming and acquisitions, in the press release announcing the film.
The documentary will feature game footage as well as interviews with key pieces of the Hoos’ title run, including coach Tony Bennett, Kyle Guy, Ty Jerome, and De’Andre Hunter.
UVA opens its tournament defense at Syracuse on November 6 in a game that will be broadcast on the ACC Network.

On Monday, Kevin Keatts offered Nick Farrar a scholarship to play for NC State. Just two days later, Farrar has announced his commitment to run with the Pack.

Farrar is a 6’ 7” power forward from just up the road in Apex, NC. Currently he is unranked, but that will not be the case for long. His recruitment has exploded since the Spring - going from 0 to 25 D1 offers since April. This offer list includes Cincinnati, Houston, LSU, and Texas A&M.
Nick Farrar is NC State’s first commitment for the 2020 class.

This article is going to analyze the 25 programs that landed the best total collection of prospects over the past 10 years of recruiting. This list will not take into account how the commits performed at the college level or if they remained with their initial team. To construct this list, I went through the team recruiting rankings (per 247Sports) for every year of the decade and found the 10-year national average for each program. I used this tactic to completely eliminate my personal bias and simply use the numbers to create the rankings.

With that said, each slide will take a dive into who some of the top-rated prospects that committed to each school were and how they performed with the program. Recruiting is an important part of building a strong NCAA basketball team and there are booms and busts compared to player rankings every single year. So, without any further ado, let’s dive into analyzing the top 25 recruiting programs of the 2010’s decade. 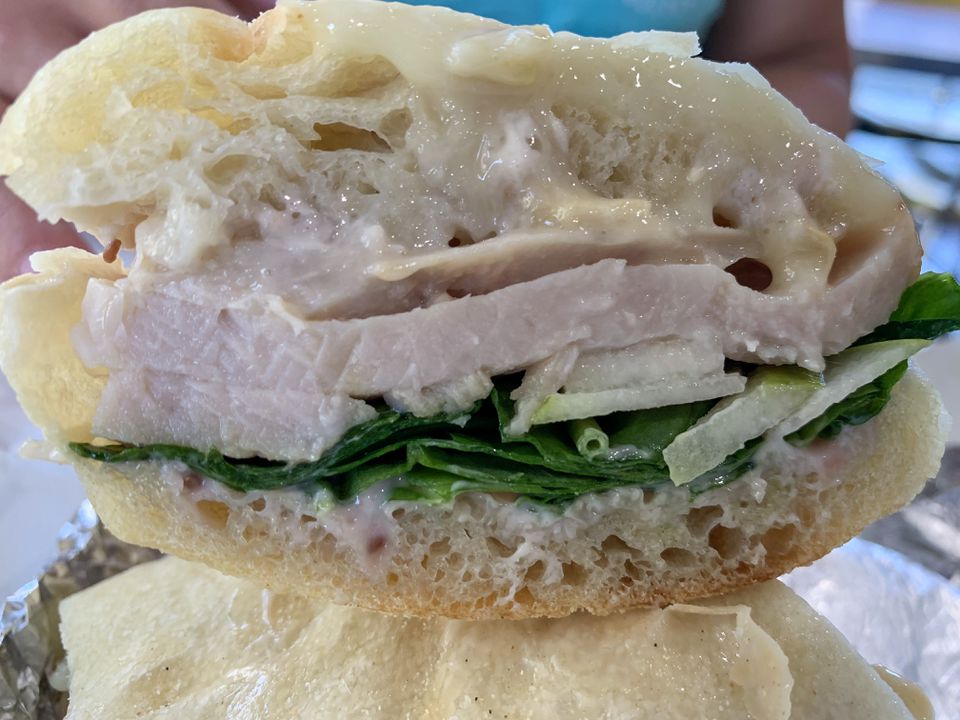 Darwin serves sandwiches, but don’t confuse it with a deli.

The eclectic little sandwich shop, an outgrowth of the venerable Riley’s restaurant on Syracuse’s North Side, focuses on a simple menu of complex sandwiches and sides that mirror gourmet shops in larger cities but without the pretense.

Vintage tables and chairs line the dining area, offering the feel of a diner. A large chalkboard hangs in one corner, telling Chapter 2 of Darwin’s story, which is still being written.

Daryl McGrew and Dave Holtman’s shop quickly outgrew its spot near the corner of South Clinton and West Genesee Streets. The line for sandwiches regularly began outside, regardless of season, and the cramped dining area afforded room to just a couple of small tables and some stools against the window. Plans materialized to relocate in 2016 and Darwin opened its newest set of doors in May 2017.

Moving to the ground level of One Park Place, at the corner of South Clinton and West Genesee Streets, affords Darwin a dining room capable of seating up to 50 and a prep space bigger than entirety of its previous home. What hasn’t changed are it’s hours; Darwin is strictly a breakfast and lunch spot.
...