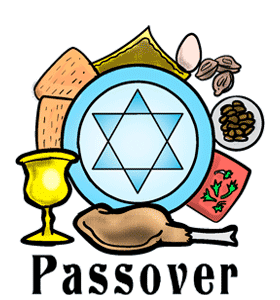 Welcome to The Start of Passover!

The first day of Passover is marked with the Passover Seder, a feast eaten with close family and friends. At the feast, the story of the Jew's release is retold from the Haggadah, and at specific times during the story, participants drink a cup of wine. ... Along with matzo, the Seder Plate includes: Mazor and chazeret.

Syracuse basketball is squarely in the mix for talented 7-foot center prospect Quincy Ballard. Here are all the pertinent details.

Syracuse basketball continues to do its homework on several talented big men on the recruiting front.

After missing out on Seth Towns and Patrick Tape in the transfer portal, the Orange have moved on to a new target in 7-footer Quincy Ballard.

On Wednesday night Matthew Gutierrez of The Athletic shared that Syracuse had offered the former Henninger high school product.

Ballard left the area two years ago to move down to North Carolina to hone his skills. Since then his offers have grown exponentially: he currently holds offers from Florida State, Maryland, NC State, and Cincinnati.

Speaking of growing, that’s exactly what Quincy has done. Not only does he stand in at 7-foot but he weighs over 240 pounds at just 18 years of age. This doesn’t fit the usual prototype for an Orange center and that’s a good thing, it’s time to mix things up and add some brutus beefcake to the lineup.

Ballard plans on making a decision on his future on Saturday, April 11.
...

For years Syracuse has been in need of a big man. Preferably one that isn’t built like a stick. The Orange have searched world wide for a quality center. But maybe, that guy was growing up in SU’s backyard all along.

Check out why the programs all want to add Ballard.

Ballard doesn’t seem to have a very advanced offensive skill set, but he knows what he’s doing with the ball. He has sure hands and doesn’t take unnecessary dribbles. Instead, he pivots and goes straight-up to the hoop. It’s not like he would step into a game and immediately become a primary scoring option anyway. He’s raw but doesn’t seem to have any dire negative traits to his game.

The appeal to Syracuse is obvious. With his size and weight, there’s a good chance that Ballard would receive substantial playing time. If not this season, then next after Marek Dolezaj and Bourama Sidibe both graduate. We’ll see what happens on Saturday but this could be a big boost to next season’s squad, especially after missing out on a couple transfer targets.
...

Over the weekend, Syracuse basketball landed one of the top shooters in the 2020 transfer portal: Alan Griffin.

As a sophomore this year, the 6-foot-5 Griffin appeared in 28 games (one start); he played 18.1 minutes per contest. Griffin averaged 8.9 points and 4.5 rebounds per game, while shooting 41.6 percent on his 3-point attempts. That efficiency came with good volume, too: 63.5 percent of his field goal attempts were from beyond the arc.

Griffin is one of the better shooters on the transfer market, especially off the catch. Of the 47 3-pointers he hit this season, nearly 90 percent (42) were assisted.

During the season, Griffin emerged as one of the most efficient players in the country; he shot 60 percent on 2-point attempts, too (68 FG% at the rim), and ranked No. 6 nationally in offensive rating, per KenPom. Griffin posted an effective shooting rate of 55.3 percent on catch-and-shoot attempts this season, a top 20 number in the Big Ten, per Synergy Sports.

With Elijah Hughes headed to the NBA Draft, Syracuse must replace his production from the wing. That may not be easy; Hughes was versatile weapon in the half court, capable of getting his own shot or facilitating for others (20.1 percent assist rate).

However, the emergence of Joe Girard (21.3 percent usage) is encouraging. It’s certainly looks like Girard is designed to be the program’s offensive engine — No. 6 in the ACC in off-dribble field goal attempts (118 FGA, 41 eFG%) — for the next few years. With Hughes gone, Girard’s assist (20.8 percent assist rate) and scoring numbers (21.3 percent usage) should jump. 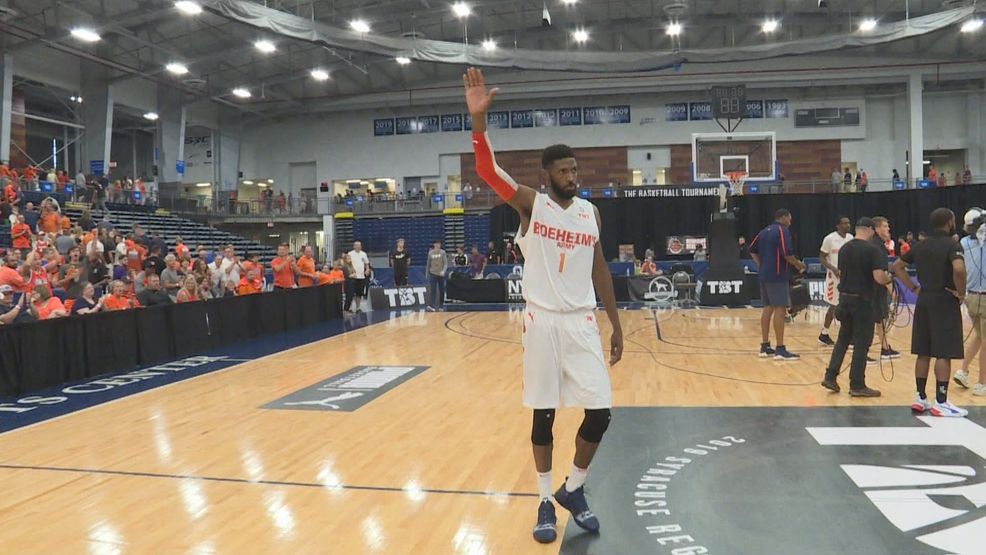 What are you doing during lockdown? Hakim Warrick is an Ivy League student (cnycentral.com; Tamurian)

The extent of most people's lockdown activities starts and ends with Netflix lists, and there's nothing wrong with that! We all have to get through safely.

But Hakim Warrick? He's anything but normal.

Famous for his block in the 2003 National Championship, the former All-American from Syracuse Basketball is absolutely bettering himself during this coronavirus crisis.

Warrick is taking advantage of special free online classes offered by Ivy League schools during this shutdown of just about everything and taking a "Financial Markets" class from Yale.

While most people still remember Hakim most for "the block" that delivered SU to its only modern era national title, it's a great example of just how special a person Hakim Warrick is.
...

Did Joe Girard III dunk over his mom? (cnycentral.com; Tamurian)

It started making the rounds on social media Wednesday night. Joe Girard III having fun and making the most of his time on lockdown in his driveway with a basketball.

I asked Joe if I could show it in my sportscast, and he sent the extended cut.

Meaning, the part where his mom says "that's not funny!" after she's tricked into looking for a scuff on his car.

Girard III endeared himself to Syracuse fans with a fire that was on full display and stepping up when his team needed him including 30 points against NC State.

Joe will be a sophomore next season, but for now, enjoy his dunking ability. 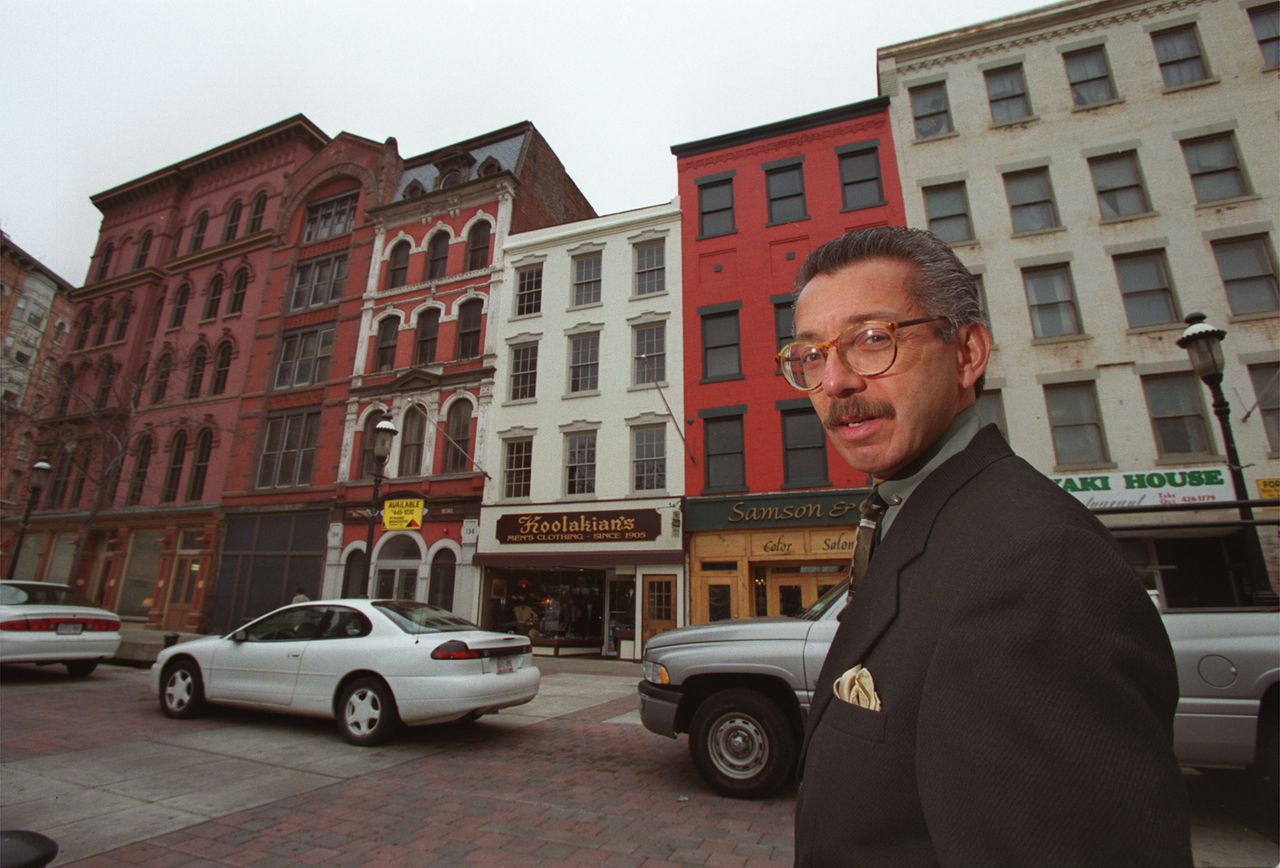 Ed Koolakian fitted suits for some of Central New York’s most accomplished men. His shop has been an anchor at Hanover Square for decades.

Koolakian, 71, had been fighting complications from leukemia for several months but was recovering for several weeks, his son, Todd, wrote. However, he collapsed suddenly Tuesday and died, Todd Koolakian said.

“My Dad was an extraordinary man in so many ways and my mom, my sister and I love him so much and will miss him dearly," Koolakian’s son said. “He loved those around him deeply, supported his community meaningfully and was an all around incredible person. All of us were blessed to have such an amazing man as a husband, a father, a brother and a friend.”

Koolakian worked in the business for more than 45 years. His family has owned and operated the store in Hanover Square for three generations in the Franklin Buildings, which were Syracuse’s original shopping center.

“When he put a suit on you, he was an artist,” said Robert Antonacci, a State Supreme Court judge. “Just a good guy, cared about his customers and friends, and he was a wonderful man.”
...

You look at those Girard stats and just say he took 10 bad shot because he was forcing things.. just 10 and suddenly he becomes a 34% shooter.

He was a volume and streak shooter in HS. He just needs to get a little better on the wide open shots and that would come if he wasnt always playing the 1 and playing too many minutes. If he can play 30 Min and 5-10 of that at the 2 he will be a better shooter.. Look at Gmac who played the 1 but got to slide to the 2 during the 2003 season.

Same goes for Buddy who needs to play 5-10 less minutes and probably be more effective. We need another 1 to fix the issues and Goodine we hoped was that last yr. Washington provided it some but he also created no offense other than moving the ball around
You must log in or register to reply here.