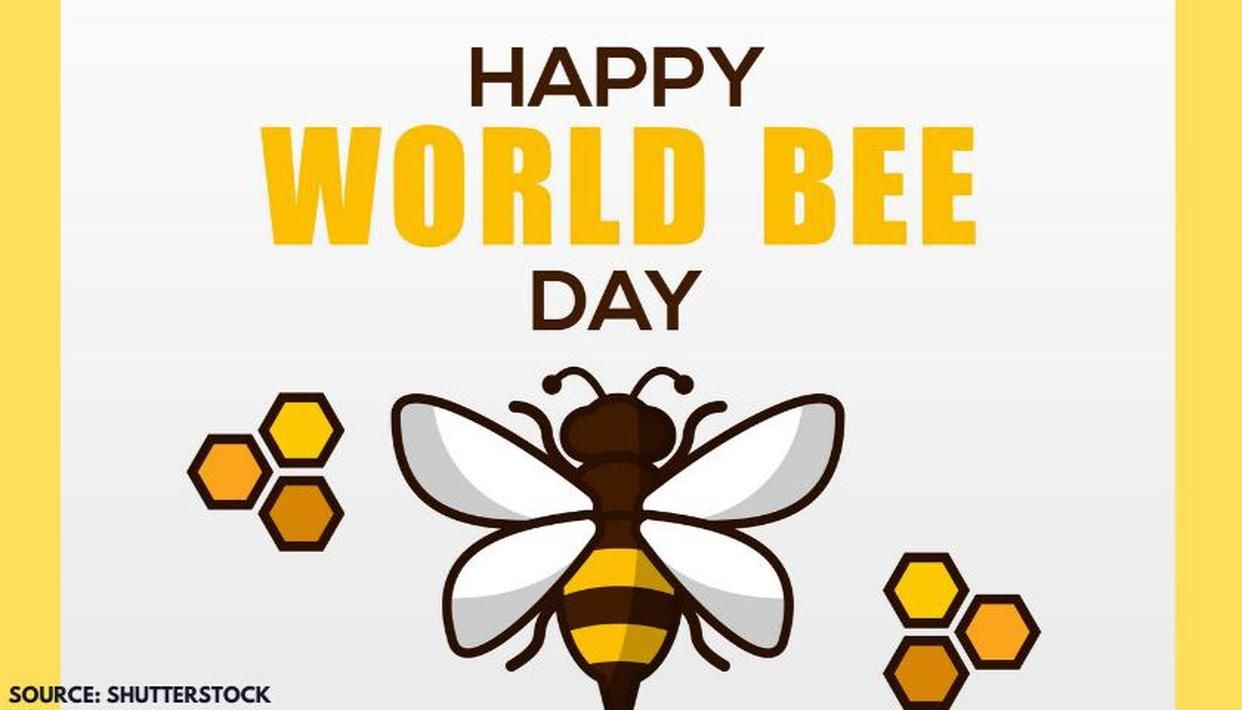 In 2014, the Slovenian Beekeepers' Association came up with the idea for World Bee Day. A resolution for the day was proposed to the United Nations by Mag. Dejan Židan, Project Manager of the World Bee Day Project and Deputy Prime Minister of the Republic of Slovenia. On December 20, 2017, the UN General Assembly adopted the resolution. All UN countries adopted it unanimously, and 115 countries signed on as co-sponsors. The day was designated "to raise awareness of the importance of pollinators, the threats they face and their contribution to sustainable development." Put another way, according to the UN, the day's objectives are to bring to the attention of those in power that protecting bees is important, to remind us that we rely on bees and other pollinators, to protect bees and other pollinators in order to help solve problems related to the global food supply and the elimination of hunger and to stop the further loss of biodiversity and degradation of ecosystems.

Slovenia has more beekeepers per capita than any other country, with about one out of every 200 citizens there being a beekeeper. The country suggested that World Bee Day take place in May because bees in the Northern Hemisphere are most active at this time and start reproducing then. It is also at this time that pollination is most needed in the hemisphere. In the Southern Hemisphere, it is a time when bee products are harvested. Besides honey, these products include the likes of pollen, royal jelly, beeswax, and propolis. The 20th of the month was chosen as the date of the observation because it is the birthday of Anton Janša (1734-1773). A pioneer of modern beekeeping techniques, Janša worked in Slovenia and was one of the most important experts of the eighteenth century in his field. He was the first to teach the modern techniques, doing so at the Beekeeping School in Vienna. 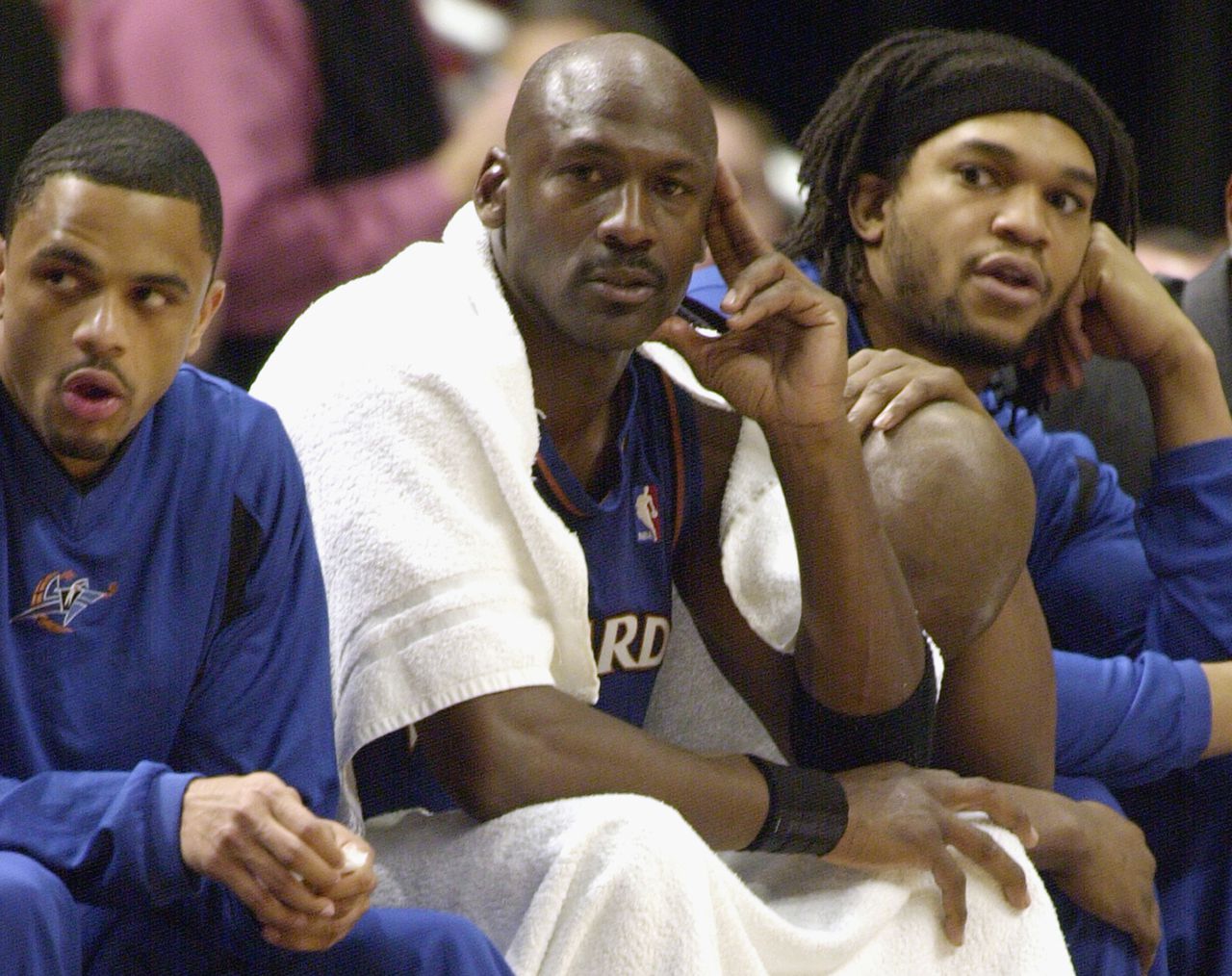 The Michael Jordan documentary “The Last Dance’’ wrapped up on Sunday night with Jordan winning the last of six NBA championships with the Chicago Bulls before his retirement.

But the 1998 season was not Jordan’s final year in the NBA.

Jordan’s second retirement came as the curtain fell on the Bulls’ dynasty, but three years later, Jordan emerged from retirement, joining the Washington Wizards in the 2001-02 season.

Etan Thomas, the former Syracuse University player, spent the 2002 and 2003 seasons with the Wizards. Thomas remembered watching and listening to Jordan and the team’s other veterans.

“I was really young,’’ Thomas said. “I was in my first year with the team. I wasn’t talking in the locker room. We had MJ, (Charles) Oakley and Bryon Russell. They told stories. I just listened.’’

Thomas watched The Last Dance with keen interest after observing the NBA superstar up close during the last two years of his career.
... 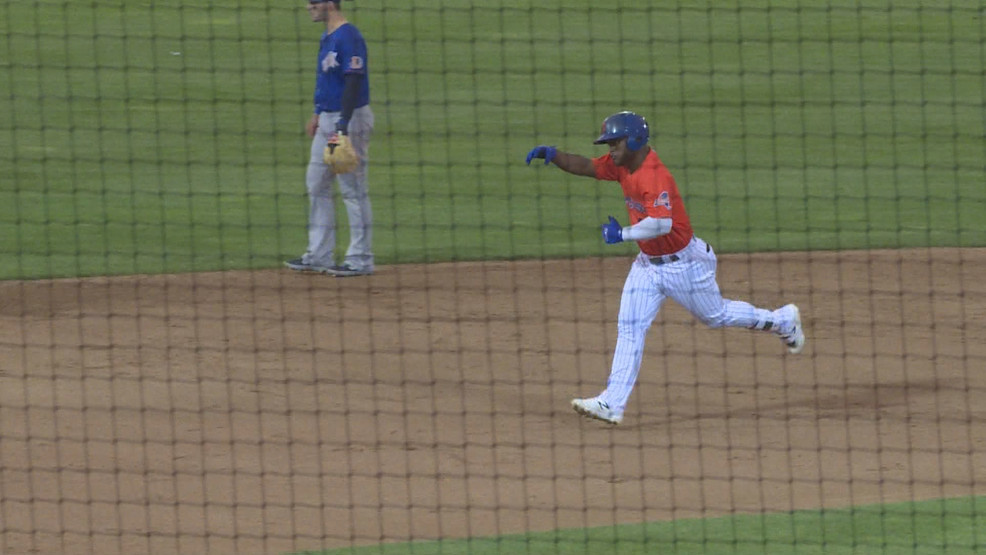 As the sports hiatus from the coronavirus pandemic continues but does show signs of light at the end of the tunnel, fans in Syracuse still are wondering if they'll see the Syracuse Mets baseball team.

As we saw with the cancellation of the American Hockey League season while the parent circuit National Hockey League is still weighing how to come back, it's a different game for farm club leagues.

For example, Major League Baseball has been open recently about its plan to start by July and that will likely include expanded rosters. What does that mean for Triple-A Baseball, including the Syracuse Mets home in the International League.

One reality though, is that as major league sports can survive while taking a hit with empty stadium games, that would actually cost minor league teams even more money than not playing. 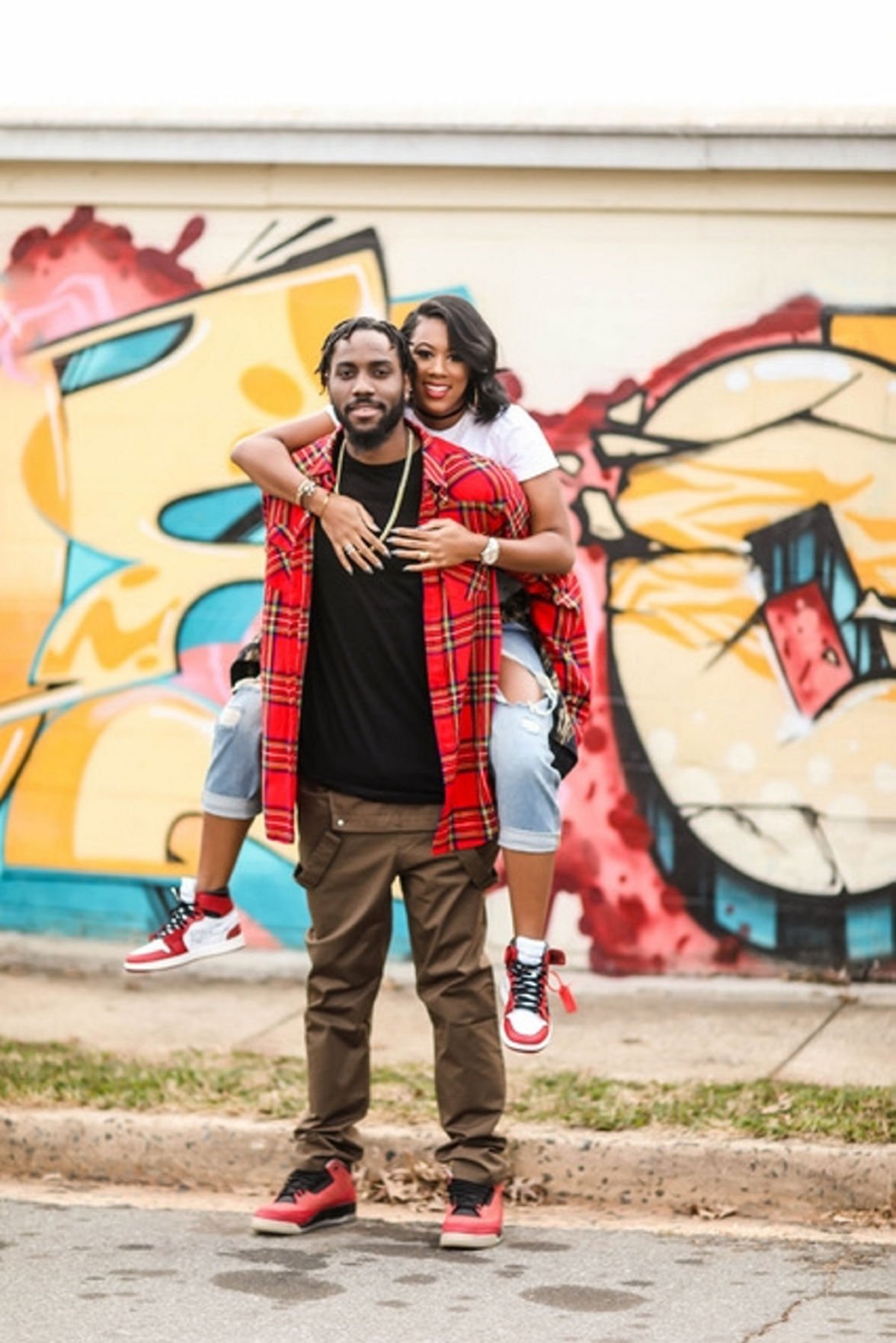 As the sports world has been buzzing about “The Last Dance,” Jasmine Jordan has been holding out hope that plans for her first dance as Mrs. Rakeem Christmas can remain intact for this fall.

The SU alums are enjoying their time as parents to a one-year-old baby named Rakeem Michael Christmas, and each is working to build on their respective careers in basketball while looking forward to their anticipated September wedding date.

Jasmine Jordan said that the couple was among the millions of sports fans glued to ESPN’s five-week, 10-hour documentary that ended Sunday, titled “The Last Dance,” which chronicled her father’s iconic career and the Chicago Bulls dynasty that won six NBA championships in the 1990s.

The 27-year-old, who was interviewed by ESPN and appeared during Sunday’s finale, said that she was fascinated to learn about much of her father’s early career and the parts that she was too young to grasp as it played out.
...

The ACC has named a medical advisory group related to the novel coronavirus pandemic, and Syracuse basketball trainer Brad Pike is a member.

The Atlantic Coast Conference has announced a COVID-19 medical advisory group with one official from each of its 15 academic institutions, and representing the Orange is Brad Pike, who has worked with Syracuse basketball for two decades and is the university’s associate athletics director for sports medicine.

The ACC says that this new group, whose participants are noted below, is tasked with providing “timely updates on the status of, and forecast for, COVID-19 impacts on the higher education community.” The group’s advice will also assist with the league’s discussions on return-to-play options, says the ACC’s press release.

Chaired by Dr. Cameron Wolfe, a member of the infectious-disease division at Duke University Medical Center and an associate professor of medicine, the medical advisory group will center its discussions on the present status of campus operations and what that means for athletics; the forecast for the next phase of re-socialization for the campuses and what that entails for athletics; recommendations to member schools for re-socialization of student-athlete populations; and recommendations to ACC members schools related to competition venues with fans.

ACC Commissioner John Swofford says in the league’s statement that this group “meets weekly and will assist our Presidents and Athletic Directors on the best protocols and procedures for returning to athletics as part of our institutions’ plans.”
...

MBB: Rise of P5 Basketball (other than the ACC)

Let's take a moment to talk hoops - specifically, the rise of men's basketball programs in Power Five conferences other than the ACC. For quite some time we've seen the Big Ten develop into a very deep basketball conference. as a challenger to the ACC. Just take a look at the results of the Big Ten/ACC Challenge for "exhibit A":

As the month of May continues to rage on, June is suddenly on the horizon. Each year around early June the schedules and matchups are set up for the annual Big Ten/ACC Challenge.

The 2020 season marks 22 years of the faceoff between the two conferences in basketball, and there have been some phenomenal games as a result in non-conference play. Overall the Big Ten has only won six of the matchups outright over the course of the Challenge, and the Badgers have a 10-11 record during that span.

With that in mind, here is a list of the potential teams that the Wisconsin Badgers men’s basketball team could face next season ranked based on the level of intrigue while taking into account recent history and strengthening the body of work accrued by playing in the game.

The Boston College Eagles haven’t been to the NCAA Tournament since Al Skinner left town in 2010.

With a decent amount of returning production coming back and some mid-major transfers joining the fold, the Eagles could be a bit better than last season, but overall BC doesn’t bring a lot to the table in terms of intrigue. While this game would likely result in a victory for Wisconsin, it doesn’t really move the needle for the selection committee or, anyone for that matter.
...

Atlantic Coast Conference teams continue to stand out among those from Division I colleges and universities that meet standards and excel academically, as evidenced by the annual Academic Progress Rate (APR) team data released by the NCAA on Tuesday.

Each Division I institution is held accountable for the academic progress of its student-athletes through the APR, a team-based metric that accounts for the eligibility and retention of each scholarship student-athlete, each term.

Facing previously unimagined challenges brought on by the COVID-19 pandemic, Syracuse University Athletics decided to implement a new initiative that would draw on the department's strength – those who were responsible for constructing the program's proud history as well as those currently carrying on the tradition.

Together 'Cuse was unveiled and immediately Orange-clad arms begin locking together. The initiative is open to participation from anyone who feels a connection to Syracuse Athletics. Alumni and Orange fans are encouraged to share pictures with Orange teammates and friends from memorable 'Cuse games and events tagging the images with #TogetherCuse. Various Orange head coaches are engaging with student-athletes past and present via video conferencing to stay in touch.

In times like this I tend to think of all the great memories I've had throughout the years. I'll always remember our team winning NCAA's and bringing the trophy home to Syracuse. Moments like this come and go but the memories live forever! #TogetherCuse Cuse

Jobs at Amazon center in Clay: When and how to apply and what positions will be available? (PS; Moriarty)

Wondering how you can apply for one of the 1,000 jobs that will be created at the huge Amazon distribution center under construction in Clay?

Amazon expects to open the $350 million, 3.8-million-square-foot center in September 2021, so you’ve got time. Company spokeswoman Rachael Lighty said the online retailer will start hiring a couple of months before the facility opens.

“So, we’re about one year away from hiring,” she said.

Anyone interested in applying for a job can sign up on the company’s website to receive email alerts about available jobs. Or they can text AMAZON to 77088 to receive text alerts on their smartphone about job opportunities with the company.

They can also search on the company’s jobs website for positions at any Amazon location around the globe. (The site will not show jobs for the Clay site for about a year, though.)

Lighty said most of the jobs in Clay will be fulfillment associate positions. Workers in those jobs will bring merchandise (books, electronics, household goods, toys and other small products) into the building, load it into storage pods, pull it from those pods to fill customer orders, package it and load it back onto a truck for shipment.

The jobs will pay a minimum of $15 an hour. The company says full-time employees receive comprehensive benefits, including full medical, vision and dental insurance, and a 401(k) retirement plan with a 50% company match on day one. It also offers up to 20 weeks of maternal and parental paid leave.
...