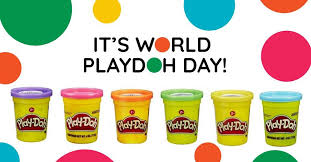 In 1955, Kay Zufall, a nursery school teacher from New Jersey, was in search of modeling clay for her students that wasn't as messy as regular modeling clay and that was also easier for young hands to work with. She learned that wallpaper cleaner had been used for modeling projects such as making holiday decorations, and thought it might be the solution. It turned out that she had a brother-in-law, Joseph McVicker, who was head of the Cincinnati-based Kutol Products Company, which was the largest manufacturer of wallpaper cleaner. (The pliable compound that was used to wipe the soot off of wallpaper was not as needed by this time, because wallpaper didn't need to be cleaned as much, since there had been a movement away from heating homes with coal to using electricity, oil, and gas.) McVicker had children begin trying the cleaner out as a modeling compound in 1955—possibly on September 16, although the significance of the date is unknown—and it was successful.

Zufall suggested to McVicker that the name be changed to Play-Doh. McVicker, along with his uncle Noah McVicker, formed a subsidiary from Kutol to make Play-Doh and named it Rainbow Crafts Company. Kutol continued to make soaps and cleaners and is still in existence today. Play-Doh first went on sale in 1956, at Woodward & Lothrop, a department store in Washington, D.C., and soon afterward it was on the shelves at Macy's and Marshall Fields. It originally was only available in off-white and came in 1.5-pound boxes. 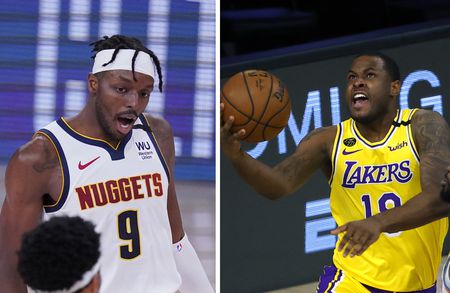 Jerami Grant, left, and the Denver Nuggets will face Dion Waiters, right, and the Los Angeles Lakers in the Western Conference Finals of the 2020 NBA Playoffs. The winner will be the first former Syracuse basketball player to appear in the NBA Finals since 1980.AP Photos

A former Syracuse basketball player will be in NBA Finals for first time in 40 years (PS; $; Herbert)

For the first time in 40 years, a former Syracuse basketball player will be in the NBA Finals.

Jerami Grant and the Denver Nuggets defeated the Los Angeles Clippers, 104-89, in Game 7 of the second round of the NBA Playoffs on Tuesday. Grant scored 14 points to help Denver, who was down 3-1 to a team that features Kawhi Leonard and Paul George, advance to the Western Conference Finals to face Dion Waiters and the Los Angeles Lakers.

That means either Grant or Waiters — depending on who wins — will be the first Syracuse University alumnus to appear in the NBA Finals since Marty Byrnes in 1980. Byrnes was scoreless in his Game 6 appearance, but his Lakers beat the Philadelphia 76ers to win the championship.

Only two other Syracuse players have ever competed in a NBA Finals: Dennis Duval, who went on to become the city of Syracuse’s police chief, scored one basket in Game 3 of the 1975 finals for the Washington Bullets before losing the series to the Golden State Warriors; and Bill Gabor, who averaged 3.3 points over four games with the Syracuse Nationals in the 1954 finals, which the Nats lost to the Minneapolis Lakers in seven games.
...

Syracuse commit Benny Williams rose in the latest rankings to No. 22 in the country in the class of 2021, and is now considered a five-star recruit.

The 6-foot-8, 180 pound forward picked the Orange in June over finalists Maryland, Georgetown and Miami. Syracuse assistant coach Red Autry was the lead recruiter. He was rated four stars and the 52nd ranked recruit in his class at the time of his commitment according to Rivals.

Syracuse commit @_bennywilliams is now No. 22 overall in his class according to Rivals and has been upgraded to a recruit! https://t.co/jB4TZBXlOk

The Andrews Episcopal (Md.) wing is currently Syracuse’s only commitment in the 2021 class, though the Orange continues to pursue other prospects in the class, including big man Mac Etienne.

“I have decided to play for coach [Jim] Boeheim in front of the best fans in the country,” Williams said on Instagram at the time of his commitment.
... 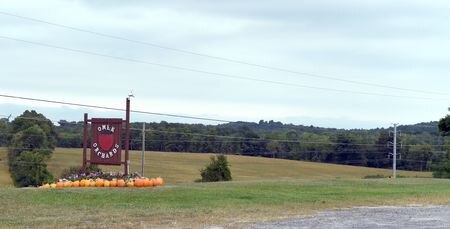 Hidden Gems of CNY: An apple orchard you visit when you want to slow down and relax (PS; $; Miller)

We were nearing the highest point of Owen Orchards at 17 mph in a lively old Polaris Sportsman ATV when Gordon Tripp hit the brakes to take a look around. Auburn is to the left, Syracuse to the right. Below are 15,000 apple trees on 30 acres bursting with fruit.

That’s when Gordon realized he needed to cut this ride short and get back to work.

“This was supposed to be a retirement hobby,” said Gordon, who’s days away from 78, before putting the Polaris back in gear.

He has worked on the family farm since he was a child, but when he retired from his job at a power company, he upped his schedule to full-time. His son, David, recently retired from the Jordan-Elbridge School District at 55 and also came back. David’s son and daughter work here when they’re home from college.

Central New York has blessed us with so many apple orchards. Not only do these farms put fruit in our pies, grow the appropriate gift for our child’s teacher and keep the doctor away, they create memories during the too-brief autumn season.

Owen Orchards is one of many in the area, but there’s something about this place that makes it a hidden gem. It rests atop a hill on a busy Route 5 just west of the Onondaga County line past Elbridge. Unless you planned on coming here, you’d probably keep driving.
...