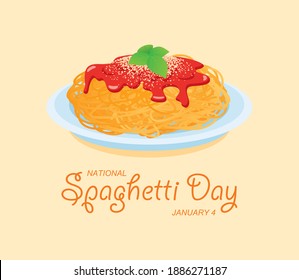 Spaghetti, a long, cylindrical, and thin pasta made of milled wheat and water, is celebrated today. Its name comes from an Italian word meaning "thin string" or "twine." The first written record of pasta is in the Talmud, which dates to the fifth century CE. It mentions dried pasta that could be cooked by being boiled. A popular theory claims that spaghetti was invented in China and Marco Polo brought it to Venice, but it is more likely that spaghetti was originally created in Sicily more than 500 years before his time. Arabs occupied Sicily in the seventh century CE, and brought a meal called itriyya, which was described as a "dry pasta". This is likely where spaghetti came from. In a geographical survey of Sicily and surrounding regions called the Book of Roger, commissioned by Sicily's monarch King Roger II and published by Muhammad al-Idrisi in 1154, a long strand hard wheat pasta is mentioned. It was manufactured in large quantities in the Sicilian town of Trabia and exported to other regions. This is the first definitive historical record of spaghetti production.

We’re only one month into the college basketball season, and already, there are four teams on pause because of COVID-19 and plenty of movement in our power rankings. Without further ado, here are the first rankings of 2021:

1. Duke (3-2)
Duke lost two tough matchups in the non-conference slate, then took a pause. Losing Jaylen Johnson is a big deal for this team, but the worries over coronavirus have the team concerned as well. Let’s see how the team responds to adversity over the next two weeks.

VT has started out 2-0 in league play and has the best non-conference win of the year. I did not see this coming and it is still early, but the team looks to be a challenger for the remainder of the regular season.

The Cardinals haven’t been the most impressive team but they have beaten Kentucky and are 2-0 in conference play. Look the team to return to form as they get their feel for conference play.

The Cavaliers bounced back after losing to San Francisco with four wins in five contests, the only loss being to No. 1 Gonzaga. Hopefully we see UVA on the court this coming week after the game with Va. Tech was postponed due to a positive test on the UVA staff.

Syracuse hasn’t really played anyone of merit to warrant the No. 5 spot, but I am not going to hold two games being postponed due to COVID-19 against them. The team has rattled off three straight wins and will return after pausing for three games to host Pitt later this week.
...

Syracuse basketball may have gotten into the recruiting sweepstakes for 2022 five-star power forward Brandon Huntley-Hatfield somewhat late in the process, but better late than never.

Media reports indicate that the 6-foot-9 Huntley-Hatfield isn’t in a rush to announce his collegiate destination, and also that he would like to make visits to every team in his top six, which consists of the Orange, along with Auburn, Kansas, Ole Miss, Tennessee and Wake Forest.

Given the recruiting and travel limitations brought on by the novel coronavirus pandemic, it won’t prove so easy for Huntley-Hatfield to make trips to these campuses anytime soon.

However, the junior at Scotland Campus in Scotland, Pa., did recently conduct a Zoom call with the Syracuse basketball coaching staff, as first reported by Jake Weingarten, the founder of Stockrisers.com.

Per various articles, it seems that the virtual meeting between Huntley-Hatfield and Orange coaches went quite well.

According to a story from Mike McAllister, the publisher of SyracuseOnSI, Huntley-Hatfield told Sports Illustrated director of basketball recruiting Jason Jordan, “One of the most genuine conversations I’ve had in a while with a college. Coach [Jim] Boeheim said I’m their guy in my class.”
... 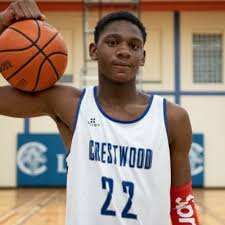 Syracuse Basketball: Elijah Fisher at No. 3 in new class rankings for 2023 (itlh; Adler)

Recruiting analysts have said on more than one occasion that Elijah Fisher would prove a tremendous cornerstone of the Syracuse basketball 2023 class.

The 6-foot-7 wing, a sophomore who attends Crestwood Preparatory College in Toronto, Ontario, is receiving tons of high praise from recruiting services as one of the top prospects in the 2023 cycle.

In a new set of rankings of this class from Hoops Central, Fisher checks in at No. 3 overall. He is also listed at No. 3 via 247Sports, as well as No. 4 from Prep Hoops.

Not every recruiting Web site ranks prospects from outside of the United States, so that will explain why Fisher isn’t rated by some of the main recruiting services. However, for those which do rank him, Fisher is pretty much universally deemed a top-five player in this cycle.

He could even contend for the No. 1 overall ranking in the 2023 class, according to a recent piece that we highlighted from writer Dan McDonald.
... 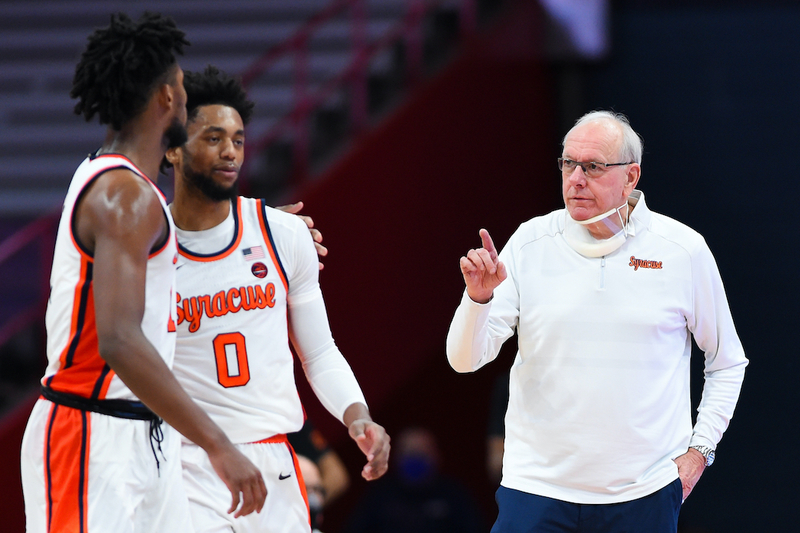 Syracuse returned to practice Sunday for the first time since Dec. 21, the team announced via Twitter. The Orange paused all basketball-related activities after members of Buffalo — SU’s most recent opponent — tested positive for COVID-19 postgame. SU was forced to participate in contact tracing and go into quarantine for the third time this season.

The third pause resulted in three games — contests against Notre Dame, Wake Forest and North Carolina — being postponed and 12 possible practice days being missed. Unlike the program’s first pause, which came when head coach Jim Boeheim and a player tested positive during the preseason, the Orange have been conducting individual workouts for the last 10 days.

Syracuse has at most three days of team workouts before its scheduled game against Florida State on Wednesday. But the presence of COVID-19 in FSU’s program, which already led to the postponement of its game against Duke on Saturday, jeopardizes the game.

Heading into the pause, Syracuse had its best start to a season since 2017-18, losing only to Rutgers and averaging 83.7 points per game. The Orange’s most recent game was a come-from-behind, overtime victory over the Bulls in which Quincy Guerrier led SU with 27 points and Alan Griffin and Buddy Boeheim chipped in 24 and 22, respectively.

What we saw in the Wake Forest-Georgia Tech game was about what you should expect when a team is starting over and then can’t get enough games together to be competitive.

And make no mistake, while Wake Forest certainly did play and compete hard, Georgia Tech shredded them from start to finish.

To be clear, Tech is improved but they’re probably not as good as they looked in this one. Jose Alvarado scored 15 points in the first five minutes. We’ve always been clear about how much we like Alvarado but also that he’s not a massively talented player.

That’s not a normal game for him.

Wake Forest didn't help itself by racking up 18 turnovers.

On the bright side, Isaiah Mucius had 21 points and five rebounds against a solid defensive team.

Back to the bad: Wake hit just 3-20 on three point shots.

There’s a lot of work to do for the Deacs, but this team still competed harder than Danny Manning’s teams did. It’s going to be a slog but Wake at least has a competitive pulse again.

In other ACC news, Notre Dame picked up a major transfer as Yale’s Paul Atkinson announced he’ll be in South Bend next fall as a grad transfer.

Last year he averaged 17.6 points and 7.3 rebounds. This year, of course, the Ivy League elected not to compete in light of the pandemic.

No ACC games until Tuesday, when NC State hazards Littlejohn and UNC treks down to Miami. Also, the Pitt-Syracuse game has now been rescheduled for January 6th.
...

The Virginia men’s basketball team defeated Notre Dame on Wednesday despite shooting 30.7% on its 3-point shots. As the Cavaliers prepare to embark on the rest of the ACC season — COVID-19 permitting — they’re likely to lean on impressive 2-point shooting to pick up victories.

The impressive close-range shooting benefits a team struggling with consistency from beyond the 3-point line. After shooting 15-of-29 (51.7%) from 3-point range in the season opener, UVa has made 42 of its next 129 shots (32.6%) from deep in the six games since.

“It’s to be determined right now,” Virginia head coach Tony Bennett said of his team’s perimeter shooting. “We’ll see.”
The Cavaliers don’t lack proficient 3-point scorers, but the number of players shooting 50% or above on 2-points shots is impressive.

The 10 UVa players to play at least 10% of the team’s minutes all shoot 50% or above from inside the 3-point line. Jay Huff, Sam Hauser and Kihei Clark are among the most prominent 2-point scorers on UVa’s roster.

“Kihei was good,” Bennett said after the Notre Dame win. “He gave us some scoring last game and this game. Again, our scoring and shooting, it’s coming from some more of the interior.”

UVa opted to use its point guard in the post against Notre Dame, and Clark was efficient when scoring and creating opportunities down low.
...

Will your arrival provide a clean slate or will the dregs of 2020 linger?

At this point, just seeing most of our sports teams in action would be a good start as they try to avoid drawing the COVID-19 delay straw as Syracuse men’s and women’s basketball have recently experienced.

While we try to shake off the rust from holiday break and see what the new year has in store (pray for us), here are 21 Syracuse sports prognostications for 2021.

1. Syracuse University will finally do the right thing and add retired jerseys for female student-athletes to the collection of 15 retired jerseys for men’s basketball and six for football at the Carrier Dome Adding women’s names to the new ring of honor is another needed step.
... 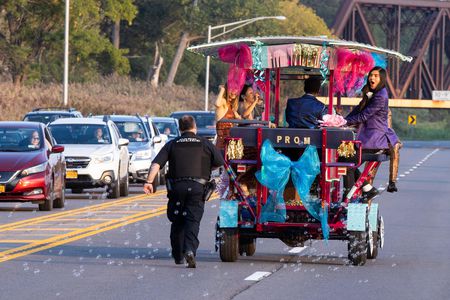 25 movies filmed in Syracuse that you can watch right now (PS; $; Herbert)

Looking for something familiar to watch? More than two dozen movies have been filmed in Syracuse, and you can watch almost all of them right now.

Half of those movies were shot in the last five years, as Central New York has become something of a mini-Hollywood thanks in part to New York state film tax credits, the Greater Syracuse Soundstage (formerly known as the nano film hub in DeWitt), and the American High production company in Liverpool. Big names that have recently shot films in CNY include Vince Vaughn, Jon Cryer, Jeff Goldblum, Richard Dreyfuss, Mary Stuart Masterson, Ron Perlman and Michael Shannon.

Thanks to streaming services and video on demand (VOD) platforms, you can see many of them for free (or with a subscription) from your own home — a welcome option with theaters still largely shut down due to the Covid-19 pandemic. You have to provide your own popcorn, though.

Here are 25 movies made in the Salt City - enjoy!