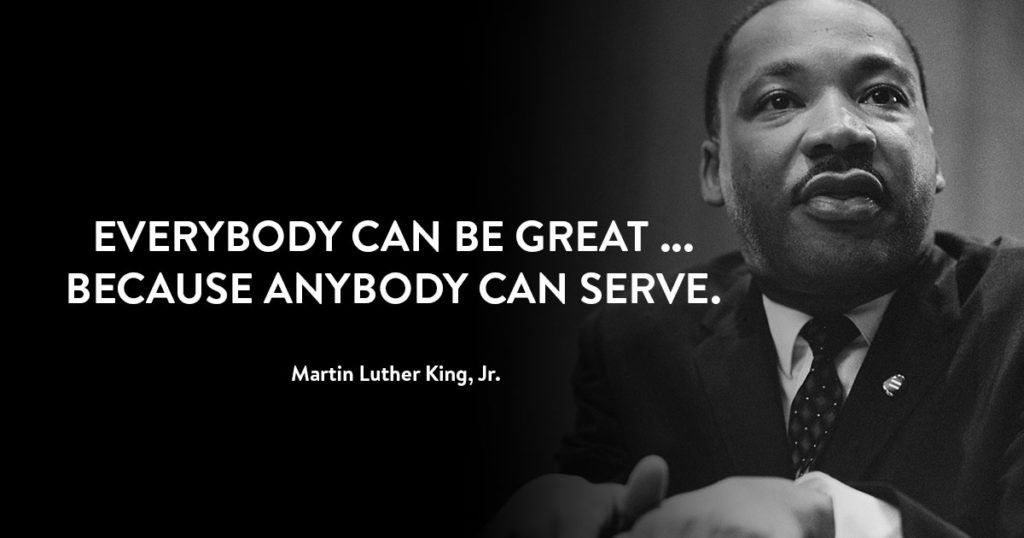 Martin Luther Luther King, Jr. Day honors the legacy and celebrates the birthday of the iconic civil rights leader, Martin Luther King, Jr. A campaign to create the day started shortly after King's death in 1968. Representative John Conyers (D-MI) and Senator Edward Brooke (R-MA) introduced a bill to make King's birthday a national holiday, and it first came up for a vote in 1979 but fell short. The two main arguments against its creation were that having another paid federal holiday would be too expensive and that honoring a private citizen would go against tradition. Up until that time the only two other figures were honored with a national holiday, George Washington and Christopher Columbus.

Transcript: Everything Jim Boeheim Said After the Loss at Pitt (SI; McAllister)

"I thought we hung in there at the end of the first half, we came back," Boeheim said. "In the second half we came out and couldn't get any stops. Not just rebounding, we couldn't stop them. They just did whatever they wanted inside. They made some key threes when they had to. We could not get stops. Offensively we had some opportunities. We missed some layups when they made their run. We missed two or three easy shots around the basket. We haven't made anything from the three point line for a while now. We just haven't been consistent there the whole year. That's obviously hurting our offense.

"Defensively, this was a defensive game. We got no stops. We're going to have to find a way to be better defensively going forward."

WHAT WAS THE BIG REASON FOR THE UNRAVELING TODAY?

"I think I just said that," Boeheim said. "We couldn't get a stop in the second half. Our defense was just not there."
...

Pitt earned a satisfying 96-76 win over former Big East rival Syracuse at the Petersen Events Center on Saturday, and while the return of Justin Champagnie dominated the headlines, the game was also a significant occasion in the longstanding rivalry between the Panthers and the Orange. The reason why is because the lopsided victory secured Pitt’s first regular-season sweep of Syracuse since 2016.

This season’s sweep was swift and eventful, as it started with a contest that was bumped up from Feb. 13 to Jan. 6. That gave a Pitt team down four players — one due to an injury, and three due to COVID-19 protocols — three days to prepare for the matchup, and early on, it appeared the Panthers had failed in that endeavor, as they fell behind 11-0 early on.

But after going into halftime down 32-18, Pitt came back, dug in, and was relentless in fighting back. And that proved to be the difference in the game, as Pitt edged past Syracuse on a late layup by Au’Diese Toney with eight seconds left to secure a 63-60 win.
...

Syracuse Basketball: Brandon Huntley-Hatfield is out of top 10 in ranking (itlh; Adler)

Syracuse basketball high-priority 2022 target Brandon Huntley-Hatfield is one of the elite prospects across the country in this cycle, however, he is no longer a consensus top-10 recruit.

The 6-foot-9 Huntley-Hatfield, a junior at Scotland Campus in Scotland, Pa., just received a scholarship offer from the Orange last month, but the ‘Cuse is in his top six, along with Ole Miss, Kansas, Wake Forest, Tennessee and Auburn.

has updated its national ratings for the 2022 class, a list that features the top-150 players. Huntley-Hatfield is still highly ranked, although he did slide six placements, from No. 8 overall to No. 14 nationally.

In these newly released ratings from , the five-star Huntley-Hatfield is also noted as the No. 2 power forward in all of high-school basketball within the 2022 cycle.

His new rankings from don’t in any way diminish how talented of a player Huntley-Hatfield is, yet it’s worth passing along where he stands in the most recent ratings from this recruiting service.
...

Huntley-Hatfield is keeping his options open as it pertains to possibly heading straight from high school to the NBA, assuming that is a feasible strategy.

That being said, even though other college teams in his top six have recruited Huntley-Hatfield longer than the Orange, he has spoken quite highly of head coach Jim Boeheim and the ‘Cuse program of late.
...

Syracuse basketball legend Carmelo Anthony hailed from Baltimore and led the Orange to its only national title during the 2002-03 season. Now there is buzz that 2023 five-star forward Kwame Evans Jr. could prove the best prospect from Baltimore dating back to Anthony, according to comments made by national analyst Russ Wood in an article.

Here’s what Wood had to say, in part, about Evans. “I love what I’ve seen of him on video, but I am really looking forward to seeing him in person. I keep hearing that he is the best prospect to come out of Baltimore since Carmelo Anthony. That is someone I have to see.”


The 6-foot-8 Evans, a small forward or power forward depending on the recruiting service rating him, is a sophomore at the Baltimore Polytechnic Institute in Baltimore. Known as Poly, this is a big-time program on a national scale in high-school basketball.

To date, I haven’t seen any media reports or discussions by recruiting analysts that point to Syracuse basketball showing interest in Evans, but hopefully, the Orange will seriously consider making a scholarship offer to him.

While his recruiting process likely has a long way to go, Evans already has around 20 offers from a range of high-major squads, per a review of the main recruiting services.

Brownlow: A quarter of the way through, it's (almost) anyone's ACC :: WRALSportsFan.com (wralsportsfan.com; Brownlow)

Ten ACC teams have now played at least five games out of a (supposed) 20 games. COVID-19 has wreaked its havoc already with postponements and programs on pause; one team has played just three games (Georgia Tech at 2-1) and four more have played four. Some (Boston College) have played seven.

Of the league's 15 teams, 12 have four or fewer ACC losses and 11 have three or fewer. Only one remains undefeated (Virginia). Six have one loss, seven have two.

It's not a typical season almost any way you look at it. And the weirdness isn't limited to the ACC. Kentucky is 4-8 and went winless against two teams from Alabama this week ... in basketball.

The ACC is likely to have at most five ranked teams when Monday comes, and it's likely that neither will be Duke or North Carolina for the first time since December 1982.
... 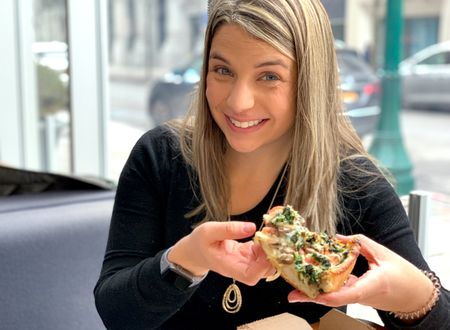 Katie Jerome, our self-proclaimed pizza queen of CNY, digs into a half-slice of the spinach pie from Tangy Tomato. Charlie Miller | cmiller@syracuse.com 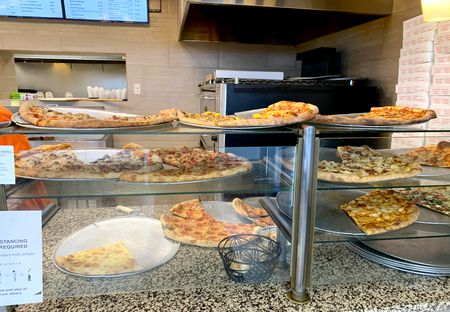 Slices during the lunch rush at Nick's Pizza in East SyracuseCharlie Miller | cmiller@syracuse.com

Address: 6380 Thompson Road, Syracuse. (315) 463-6425
Hours: Monday-Thursday 11 a.m. to 10 p.m.; Friday-Saturday 11 a.m. to 11 p.m.; Closed Sunday
What’s so great: This is one of those lesser-known places for great New York-style hand-tossed pizza, although the line that forms out the door each day during lunch says otherwise. The racks behind the glass are full of more than a dozen varieties of fresh slices. (If you’re lucky, they sometimes have ready-to-go chicken wings during lunch.)

We visited at noon on a Tuesday. The line was indeed out the door, thanks to social distancing, and it was cold. Still, we got in and out in a couple minutes because Nick’s has mastered the lunch rush. The special is two huge slices of cheese pizza (about 8 inches at the top) and a 20-ounce soda for $6.49. Not bad, but some of those creative slices looked too good to stick with just cheese.

The guy working the counter said his favorite slice is the Mediterranean pizza: garlic, tomatoes, spinach, feta cheese and mozzarella. This suggestion proved to me that the guy knows his pizza. Like any true New York-style pizza slice, I easily folded it to stuff into my mouth without the grease dripping down my coat. The crust wasn’t too, well, crusty, and it let the cheese and veggies hog the spotlight.
... 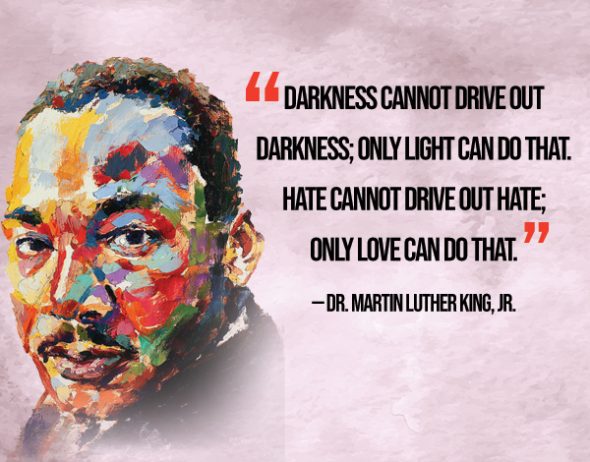 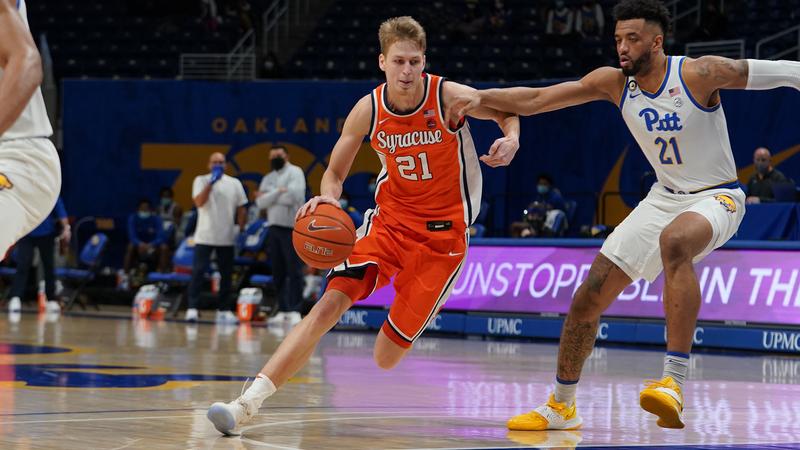 Syracuse plays four of its next five at home, starting Tuesday, Jan. 19 against Miami. Tip off in the Carrier Dome is set for 7 p.m.