National Beer Day is celebrated on the anniversary of the date that beer once again began being served, in 1933, after over thirteen years of Prohibition. Franklin Roosevelt signed the Cullen-Harrison Act on March 22, 1933, which said that beer with up to 3.2% alcohol content by weight could again be sold, as long as states passed their own laws allowing the selling of beer. After signing the law Roosevelt said, "I think this would be a good time for a beer," and the new law went into effect on April 7. People gathered outside of breweries and taverns the night before beer became legal, waiting for their opening at midnight. On the first National Beer Day, 1.5 million barrels of beer were consumed. Prohibition was not fully repealed until December, when the Eighteenth Amendment was done away with, and the Twenty-first Amendment went into effect. The modern-day celebration of National Beer Day started in 2009, after Justin Smith started a Facebook page for it. The day has since been recognized by elected officials.

Beer making can be traced to about 6,000 years ago in ancient Sumeria. At the time beer was cloudy because of lack of filtering, and it was drunk through a straw. By 2000 BCE, the Babylonians were brewing 20 types of beer. The Egyptians, Greeks, and Romans made beer, although wine became much more popular with the Romans. They considered beer to be the drink of the Barbarians; beer was only popular on the edges of the Empire. Germanic groups were brewing beer by 800 BCE. 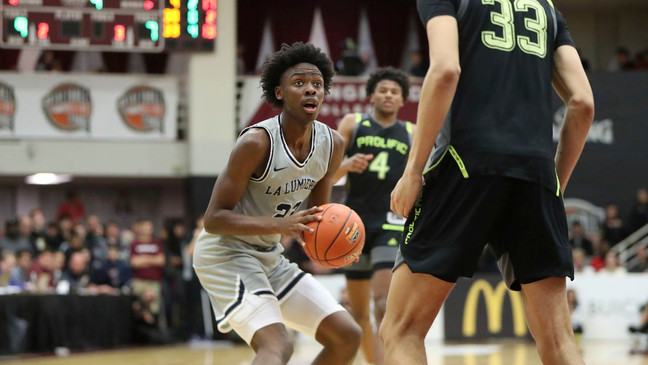 What a week it's been for Syracuse Men's Basketball.

Now? A top-notch recruit for the future.

Kamari Lands, a 6'7 forward originally from Indianapolis, committed to Syracuse on Tuesday night via social media.

Kamari picked Syracuse over many offers, but his other finalists were Xavier, Texas Tech, Marquette and Georgetown.

Given that he's the Class of 2022, he would arrive in Syracuse a little more than a year from now. The verbal commitment is non-binding until he signs a National Letter of Intent this fall.

That gives Syracuse two straight recruiting seasons of 5-star players with Benny Williams arriving in Central New York this summer, Benny is incredibly talented but if he stays for two seasons it could be an incredible lineup for the Orange.

It’s a tradition unlike any other. The college basketball season wraps up and the next morning national reporters are already onto the next year. Less than 24 hours after Baylor’s National Championship win, there are a litany of “way-too-early” rankings out there. Although it may seem like a ridiculous exercise, especially with the wild transfer portal this year, let’s hop on the craze and see where Syracuse is ranked in these polls.

JEFF GOODMAN – #13 SYRACUSE
Jeff Goodman of Stadium really likes Syracuse. He points out that four starters could return, which is true but may not come to fruition. He is impressed with Cole Swider and Benny Williams, the former I tend not to agree with, but the latter I love. The only other ACC teams Goodman has above SU is Duke and Florida State. Third in the ACC? Not too shabby if it holds true.

JEFF BORZELLO – #14 SYRACUSE
ESPN’s Jeff Borzello is also pretty high on the Orange, slotting them in the top-15. Now, he does begin his explanation with “another team I might be overeating based on their March performance.” Personally, I think that is the case for a lot of these rankings. Recency bias is real and it seems to be in play here. Borzello also sings the praises of Buddy Boeheim, Alan Griffin and Quincy Guerrier, saying they “are one of the best offensive trios you’ll find in the ACC.” That’s if Griffin stays and Guerrier doesn’t elect to go to the NBA.

SCOTT GLEESON – #16 SYRACUSE
Scott Gleeson of USA Today slots Syracuse at No. 16, which is two spots before Virginia and three better than North Carolina. He, too, assumes that Guerrier and Griffin will be back, despite those not being guaranteed. However, yet again the Orange are the third best team in the ACC according to this poll.

ANDY KATZ – #19 SYRACUSE
The NCAA’s Andy Katz’s poll looks much different from the others. He pushes the Orange back a bit, which isn’t the major difference, he just isn’t as high on some teams as the other polls. For example, the other three polls have Duke as an average No. 7, but Katz has the Blue Devils behind the Orange at No. 20. UNC, FSU and VT are all ranked above SU in his rankings. As for why Katz has Syracuse in the top-20, his explanation is pretty simple, “four words– Buddy Boeheim is back.”

Overall, it seems like a lot of these rankings have some serious recency bias. Can we blame them? No, that’s why they’re called “way-too-early.” These writers are assuming Griffin, Guerrier, and Dolezaj are coming back and all believe Buddy can consistently do what he did in the tournament, which just isn’t realistic. Plus, they are very much undervaluing the loss of Kadary Richmond.
...

Axe: SU fans discover what a difference a week can make (PS; $; Axe)

Think how you felt just a week ago as a Syracuse basketball fan.

Syracuse coach Jim Boeheim warned us to “hang on to your seat belt” with a chaotic offseason ahead.

The transfer portal had taken away Kadary Richmond, Robert Braswell and John Bol Ajak in the blink of an eye with the promise of more defections to come.

Richmond’s loss stung the most as SU fans tried to process they would have to watch an exceptional talent blossom elsewhere.

The Syracuse dementors were circling under a sky that had seemingly dropped to a lower height.

One wave of the wand and an exclamation of “expecto patronum” later and the sky isn’t falling after all in Central New York.

Syracuse has received two commitments out of the portal in former Marquette guard Symir Torrence and ex-Villanova forward Cole Swider that have, at the very least, stabilized the losses of Richmond and Braswell.
...

Cunningham answered one of the other missing pieces of information with the hiring of Davis: the length of his contract. According to Cunningham, the deal between UNC and Davis is set for five years, which is an industry standard.

UNC AD Bubba Cunningham was just on with us and said Hubert Davis signed a 5-year contract.
The school will release more details later today.
As a point of comparison, Juwan Howard's deal with Michigan in 2019 was five years and worth $2 million annually
— Joe Giglio (@gigli

A bill filed Tuesday by Democratic Senators in the North Carolina General Assembly aims to make the ACC Tournament a public holiday.


SB567 would add the Fridays in March when the men’s and women’s ACC basketball tournaments are being played to the state’s list of public holidays.

“This is ACC country, ACC territory. (I’m) born and raised in Greensboro, North Carolina. So, the ACC is literally a holiday for us already. So, we might as well formalize that into an official state holiday,” Murdock told CBS 17’s Michael Hyland.

The day would add to North Carolina’s current list of 19 public holidays.

The 2021 men’s ACC basketball tournament final was the second-ever championship game to not have one of the conference’s four North Carolina schools.
... 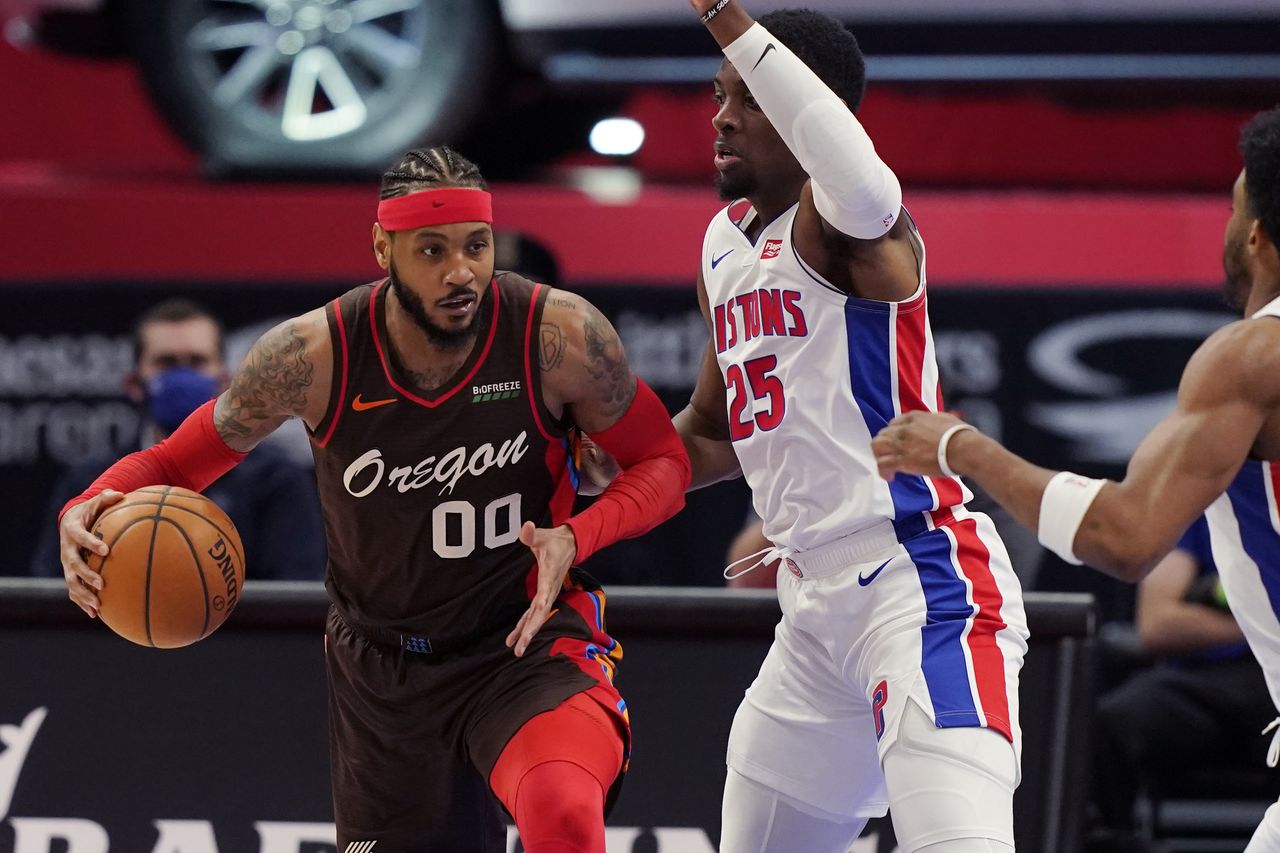 While many know Anthony for his tenacious ability on the basketball court, the 36-year-old future Hall of Famer and his business strategist partner, Asani Swann, are focusing on a passion of his to create content. The two have launched a production company, Creative 7, focusing on inclusive narratives and voices that have gone unheard.

“Storytelling brings people together,” Anthony told Variety, “and it can serve as a vehicle for propelling larger societal conversations and understanding. We are interested in all types of stories that have the power to serve as catalysts for the change we wish to see in the world.”

Movies and television shows were a huge escape for Anthony growing up. He was inspired by the characters on legendary shows such as “Martin,” “The Fresh Prince of Bel-Air” and Spike Lee’s classic movie “Do the Right Thing.”
...