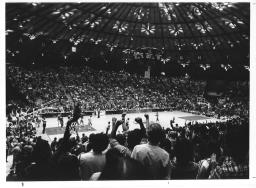 Each year on April 8th, National Zoo Lovers Day encourages us to explore our local zoos. Each year millions of people visit zoos and learn about the many animals that live there. Also known as zoological parks, many of them serve as breeding centers. These facilities are relied upon when species are endangered or at risk of becoming endangered. They also provide education to the public about a broad variety of animals and their habitats.

Enjoy seeing your favorite animals swinging from the trees or splashing in the water and have a fun-filled day.

Mike’s Mailbox: How did players who transferred from SU fare this season? (PS; $; Waters)

Transfer news has been dominating the headlines since the end of Syracuse’s 2020-21 basketball season. And transfers is the dominant topic of conversation in this week’s Mike’s Mailbox, too.

The lead-off question has to do with previous Syracuse players who opted to transfer to other schools. But there are more questions about a possible transfer off this year’s roster, a look-ahead for Quincy Guerrier and a historical look at the most tournament-successful Syracuse players of all-time.

There’s a lot to cover, so let’s get to those questions.

Q: How did the guys who transferred out of Syracuse last year do with their new teams?

Mike: After the 2019-20 season ended, Syracuse had three players leave the program via transfer.

Carey really struggled. He averaged 4.3 points in 16.0 minutes per game for Rhode Island, but he missed all seven of his 3-point attempts. He also had 13 assists and a stunning 43 turnovers.

He should have a chance at more playing time next season with senior point guard Fats Russell’s transfer to Maryland.
...

What's next for Syracuse basketball's offseason? 5 decisions to be made (247sports.com; Bailey)

Just 11 days after Syracuse basketball's 2020-21 season came to a close with a 62-46 loss to Houston in the Sweet 16, the program has already seen a whirlwind of personnel movement. Four players entered the transfer portal, two transfers have been added while the future a handful of scholarship players remains unclear.

SU head coach Jim Boeheim hasn't spoken publicly since early last week, when he said four-to-six departures could be the norm for any program. It's yet to be seen if he was forecasting the Orange's situation.

"We will have numerous guys leave and we will recruit more people for this program," Boeheim said on ESPN Radio Syracuse last Monday. "We're not any different from anyplace else. Schools have had six or seven guys leave. It would not be surprising for any program to have four, five or six guys leave. That would not be a surprise. We'll see what happens. We'll see who does leave and we'll be actively looking."

One aspect of Boeheim's early offseason outlining of the shifting transfer landscape has already proven true. More players who had contributing, but not starting roles are seeking greener pastures given the expected passing of the one-time transfer proposal by the NCAA Division I Council.

Syracuse basketball is a top-25 team to culminate the 2020-21 campaign, according to the final Coaches poll released after Baylor defeated Gonzaga to capture this season’s Big Dance.

The Orange, which ended at 18-10, landed at No. 25 in the last Coaches poll of 2020-21, and that’s pretty cool given that the ‘Cuse hasn’t found itself in the national rankings all that much in recent years.

After picking up two huge home wins over North Carolina and Clemson at the beginning of March, Syracuse basketball got back into the NCAA Tournament conversation for an at-large invite.

The Orange destroyed a red-hot N.C. State in the ACC Tournament’s second round, and then the ‘Cuse hung tough with No. 1 seed Virginia in a quarter-final battle that the Cavaliers won on a buzzer-beating 3-pointer.

Those accomplishments right before March Madness propelled Syracuse basketball to a No. 11 seed in the 2021 NCAA Tournament, during which the Orange knocked off No. 6 seed San Diego State and No. 3 seed West Virginia.

In the Sweet 16, the ‘Cuse would run into the swarming defense of No. 2 seed and eventual Final Four participant Houston, with the Syracuse basketball stanza wrapping up in a rough regional semi-final setback.

Syracuse basketball could begin the next term as a pre-season top-25 squad.
... Every day, another domino falls in this crazy college basketball offseason. Players are entering and leaving the transfer portal at a record rate. From a national perspective, it’s impossible to keep up with.

From a Syracuse perspective, this offseason has a been a rollercoaster of ups and downs. Last week, SU endured three transfers days after the loss to Houston, and promptly added Symir Torrence and Cole Swider later in the week. On Monday, Bourama Sidibe announced that he would be returning for a fifth year, and just yesterday, Woody Newton left the program and Kamari Lands committed just hours later. Keep in mind, Orange fans are still wonder what the future holds for Alan Griffin, Quincy Guerrier and Marek Dolezaj.

So yes, a whirlwind. Here’s a nice succinct summary of two wild weeks for SU.

Let’s take these side-by-side comparisons and evaluate. Did Jim Boeheim’s roster improve, or should we expect a drop-off in the next two years? We’ll find a verdict for each position group.

So the swap at the top of the 2-3 zone is one that’s already caused plenty of debate, opinion and concern. Kadary Richmond is headed to Seton Hall, and the Marquette transfer Torrence fills his place. The 6-foot-3 combo guard has plenty of potential, as he was rated a four-star prospect in the class of 2020 and the best player in New York (ahead of Richmond). However, he’s less than proven, which is the knock that many Syracuse fans have. Richmond came in last year and made an immediate impact, one that extended far beyond the stat sheet. Can Torrence do the same? He never really got the opportunity to do so at Marquette, so the jury’s still out.

Two wings are gone (Braswell and Newton), and three are incoming. Of course, there’s still plenty of time before Lands joins the Orange on campus, so we’ll leave him out of this discussion for now. Swider and Williams are on the SU roster in 2021, essentially replacing the outgoing transfers. Honestly, this is a huge win for Syracuse. While questions about Swider’s defensive abilities linger until the season begins in October, his shooting skill is undeniable. He improved each year at Villanova from behind the arc, not to mention playing big-time games under the tutelage of one of the best coaches in America. Benny Williams should be an instant impact player from day one, without the growing pains and trips to the Boeheim doghouse that both Braswell and Newton suffered.


Who Spends the Most on MBB?​

From Yahoo! Sports: These 25 Colleges Spend the Most on Men’s Basketball
1) Duke

It was undoubtedly one of the craziest college basketball seasons we’ve ever seen. To be brutally honest, I’m not referring to the fun kind of crazy. Covid pauses hurt every team in the league. Teams weren’t able to practice to the extent they needed to. Crowds weren’t there to make a difference. Yet, we made it through. It wasn’t the best season for the ACC. No one made it to the Elite Eight of the NCAA Tournament for the first time since 2014. But I think there’s a lot of potential for the ACC going into next season. It’s time for me to sharpen the pencils, check the stats and transfer portal and formulate a very early preview of ACC men’s basketball for next season.

Boston College-This program needs some work, and it’s going to take a couple of years to really be competitive again. My prediction is that the leading scorer for this team next season will have the letters L-a-n-g in his last name.

Clemson-The big question here is who is going to consistently score? With Aamir Simms likely gone. Three returning players averaged between seven and nine points per game. Unfortunately, only one of them shot better than 42% from the field.

Duke-Let’s get real. The success of the Blue Devils next year depends on whether or not Mark Williams returns. If he comes back, we can talk about them as a national championship contender. If not, they’ll probably still be a top 15 team. This is all assuming Matthew Hurt goes pro.
...
...
Syracuse-For my very early preview I have one question for Cuse fans. So how are we feeling about another season of being on the bubble? That’s what it feels like with this team. The loss of Kadary Richmond is huge for this team. This team was much better when he was on the court. Buddy Boehiem should be back, along with Joe Girard, and Alan Griffin. Griffin is one of the more underrated players in the league.

Virginia-I’m surprised to see the national media so high on this team at the moment. All we know about this roster at this point is that the point guard play will be good. Kihei Clark returns as a fourth year and Reece Beekman is back for his second year season. But Jay Huff and Sam Hauser are gone and Trey Murphy could head to the NBA Draft. If the Hoos want to be near the top of the league again they need two shooters from the portal.
... 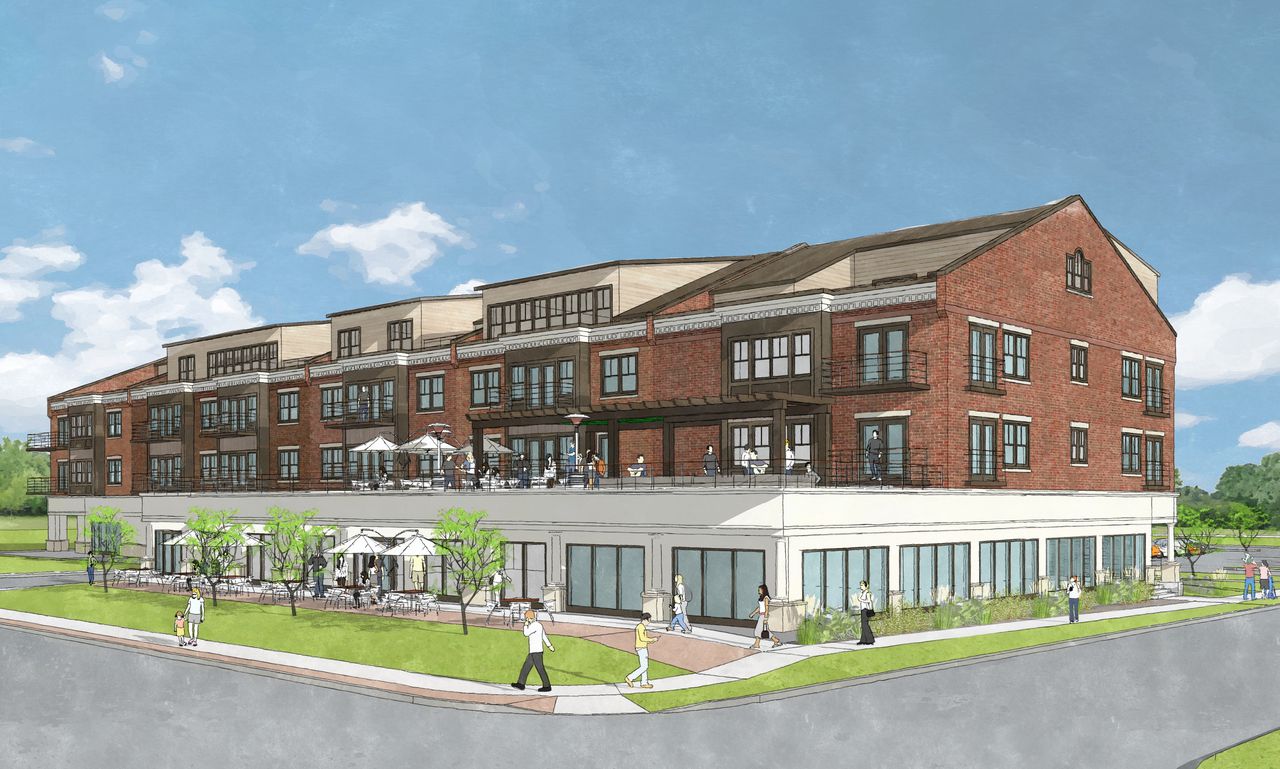 A four-story building holding a restaurant, hair salon and bank on the first floor with luxury apartments on the top floors at a busy Fayetteville corner is heading for public comment.

Waterside Commons, formerly known as Highbridge Commons, would be located at Highbridge Street and Route 5 (Genesee Street), on the old Village Cleaners property.

Original plans for the $15 million project included five stories, but developer Guy Hart Jr. has revised that; the building is now four stories. A restaurant, hair salon and possibly a bank are planned for the first floor, with one- and two-bedroom apartments on the upper floors.

The current plans calls for 30 luxury apartments, down from 40 in the original proposal. The top floor would be reserved for several penthouse apartments, developer Guy Hart Jr. told Syracuse.com | The Post Standard.

Rents for the one-bedroom apartments would start at about $1,950 a month, the developer said.

The site is attractive because it’s easily accessible, and from a residential perspective it overlooks Limestone Creek and is close to a pedestrian walkway that leads to Limestone Plaza, Hart said.
... 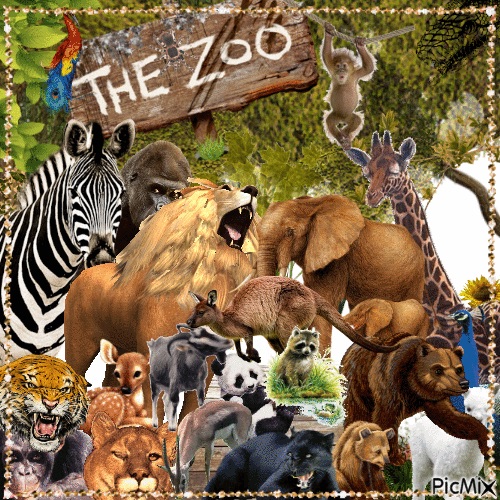