Welcome to Syracuse Day on the ACC Network! 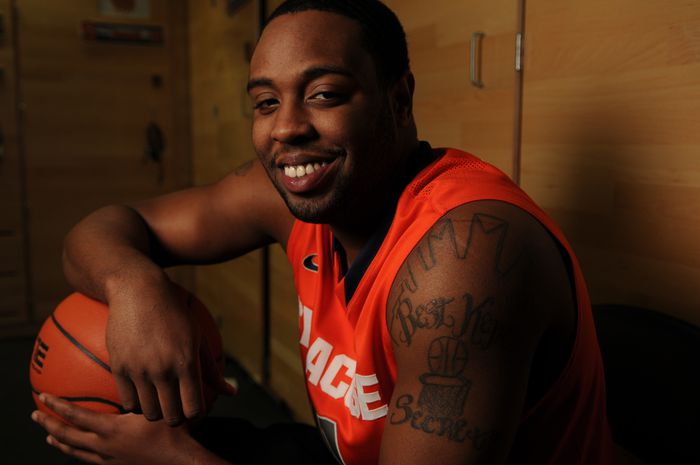 Former Syracuse basketball player Scoop Jardine will play in The Basketball Tournament with a team comprised of players from his old high school in Philadelphia. Dennis Nett/The Post-StandardDennis Nett | Syracuse.com

After seven years, Scoop Jardine will make his return to basketball in this year’s The Basketball Tournament.

Jardine, the former Syracuse University guard, is playing for the NG Saints, a team comprised mainly of players who attended Philadelphia’s Neumann Goretti High School. The NG Saints open play in the TBT this Saturday in Wichita, Kan., against No. 1 seed Eberlein Drive.

But despite the long hiatus from competitive ball, don’t call this a comeback for the 32-year-old Jardine.

Injuries forced Jardine’s professional basketball career to a premature end when he was just 25 years old.

He would pursue opportunities in the business world. He studied to become a certified sports agent. But the game kept pulling him back.

But he truly rekindled his love for the game in China.
...

Syracuse has only handed out a few offers in the class of 2023, so a new scholarship extension is significant. Edwards is from a key area for Syracuse basketball recruiting, and one in which the Orange has had historical success. Players such as Rakeem Christmas, Rick Jackson, Scoop Jardine and Dion Waiters in recent memory that were from the Philadelphia area, were high major recruits and signed with Syracuse. Each had successful careers in Orange and had opportunities to play professionally.

Edwards is the latest target from Philly and would follow in that lineage should he pick the Orange. Edwards is a versatile wing who can also play the two. He has length, can score at all three levels and plays with aggressiveness on defense. He is already a national recruit who will have plenty of options on where to play college basketball.
...

We’ve detailed how Syracuse basketball could end up pursuing the No. 1 overall player in the 2023 and 2024 classes, and new national rankings from a primary recruiting service provide a glimpse into that assertion.

ESPN recently published its ratings of the top-25 prospects within the 2024 class, and Derik Queen out of Baltimore sits at the top. The 6-foot-8 power forward is a freshman at the Saint Frances Academy in Baltimore and runs on the AAU circuit with the Baltimore-based Team Thrill.

Numerous media reports in the past have indicated that the Orange has expressed interest in Queen, although I haven’t seen a formal scholarship offer get doled out by the ‘Cuse coaching staff to him.

In these new 2024 rankings from ESPN, the five-star Queen is No. 1 overall, No. 1 at power forward and No. 1 in Maryland. When other recruiting services come out with their own national ratings for this class, I imagine that Queen will arrive at No. 1, or at a minimum within the top five.

National recruiting analysts and others rave about Queen’s skill-set and potential at the collegiate level, including his polished mid-range game that has drawn comparisons to former Orange legend Carmelo Anthony.

Naturally, as he progresses in high school and in AAU events, the number of big-time offers for Queen is going to soar. I’d expect blue-blood squads like Kentucky to enter the recruiting fray for him.

As a freshman for the Saint Frances Academy, Queen put forth a monster campaign, with MaxPreps naming him the National Freshman of the Year for the 2020-21 term.
...

Boeheim's Army GM Kevin Belbey joins the guys to discuss this year's squad for this year's iteration of The Basketball Tournament. They talk about all of the new guys on the team and what Belbey would tell the Syracuse fans who want a "pure" Orange alumni team. Plus, what does new head coach Jeremy Pope bring to the table. Also, does the "win now" roster construction say something about Eric Devendorf's future with the team? Tyler Aki and Tim Leonard discuss it all and more with Kevin Belbey
... 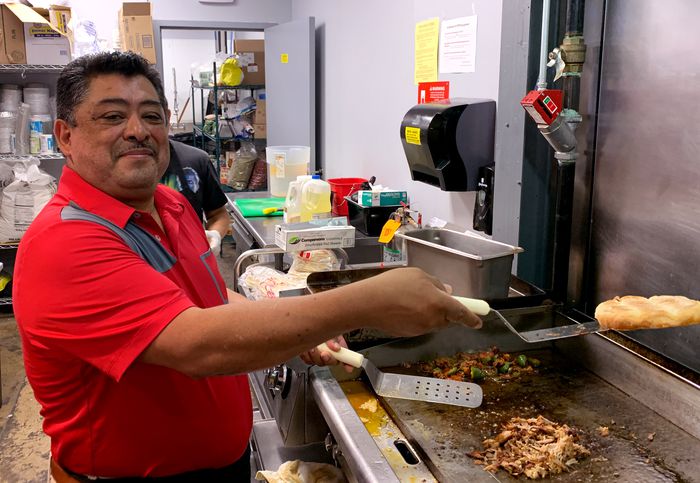 Downtown Syracuse has had Tex-Mex food for a couple years, and it got a new California-Mex restaurant last month. Still, members of our Where Syracuse Eats Facebook page have been jonesing for a downtown restaurant that serves authentic Mexican dishes.

Well, the wait is finally over. Guadalajara Mexican Restaurant opened a few weeks ago for takeout-only as it waited for an in-person dining permit. On Friday, the city granted owner Salvador Ramirez’s request to open the dining room. Now customers can eat at one of the 12 booths inside or the six tables outside the restaurant on West Water Street below the towering Art-Deco National Grid building.

Guadalajara occupies the southeast corner of the Creekwalk Commons building, next to Cafe Kubal and behind Talking Cursive Brewing Co.’s tasting room. 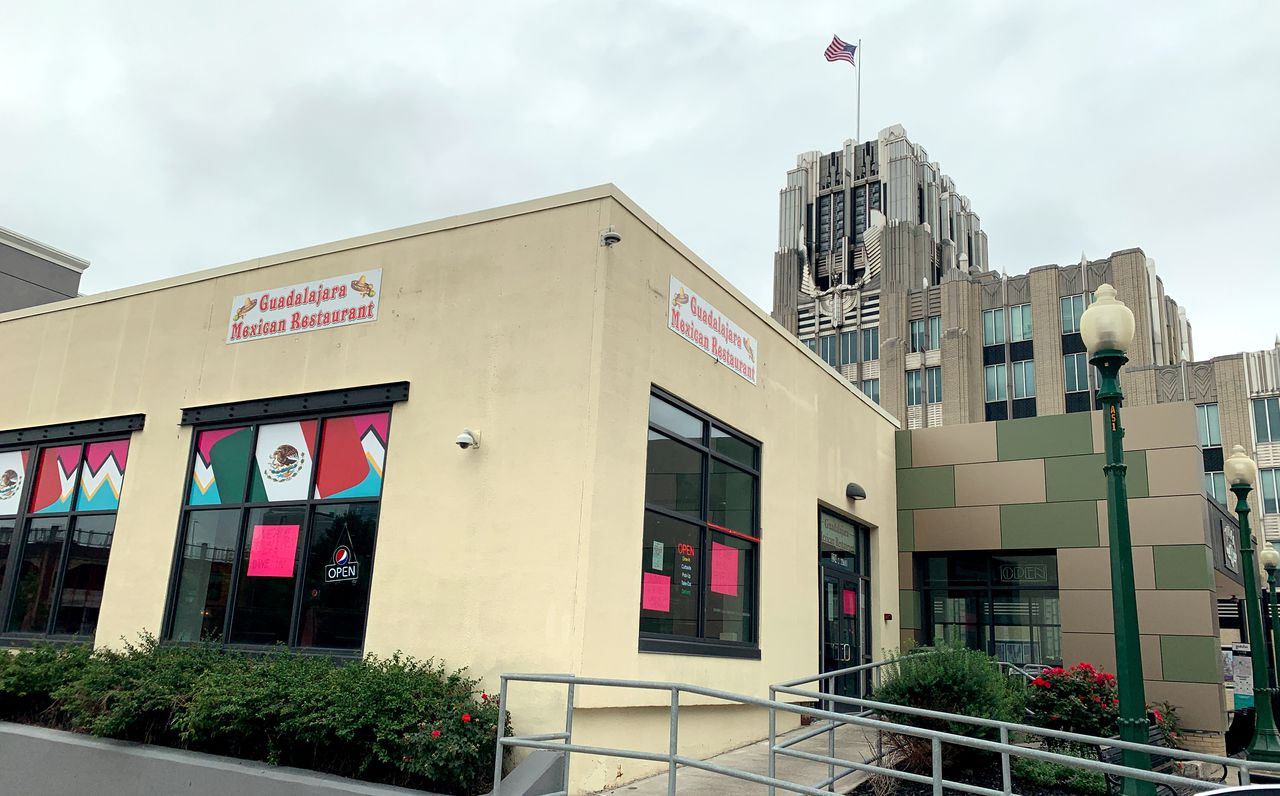 Salvador, 55, grew up in Mexico and has worked in the restaurant business since moving to California in 1983. He cooked in the Golden State for several years before moving to New York. Most recently he was a manager at Rio Grande Mexican Restaurant in Liverpool.

Early last year, he and two friends decided they wanted to work for themselves rather than cook someone else’s recipes. When Covid-19 forced restaurants to close their dining rooms last March, they methodically searched for an ideal location to build their own kitchen. They settled on a shuttered convenience store that had served the residents of Creekside Commons and nearby businesses.
... 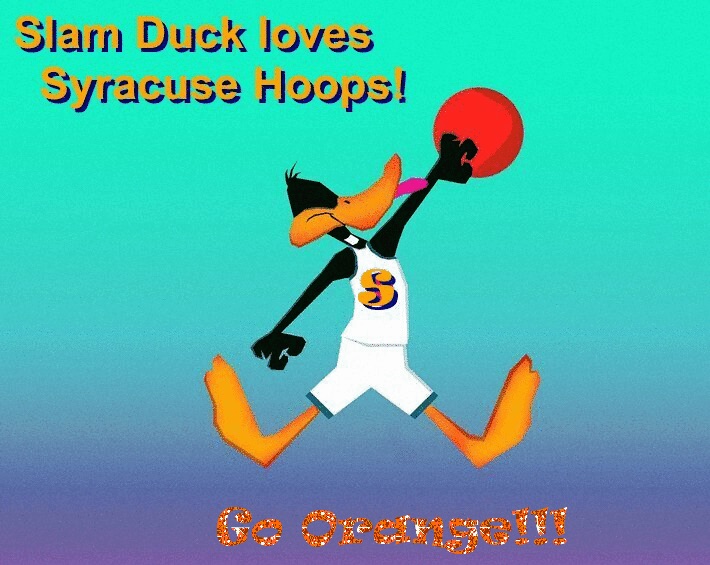