Epiphany is a Christian feast day celebrating God coming into the flesh as Jesus Christ. It is celebrated differently in Western and Eastern churches, and there are various customs around the world. The word "epiphany" comes from a Greek word meaning "to appear." Epiphany may have originated in the eastern half of the Roman Empire as a feast to honor Jesus' baptism, and then expanded to include a celebration of his birth, the visit of the Magi, and the events of Jesus' childhood. The day began being celebrated in the latter half of the fourth century.

In Western churches the day commemorates the visit of the Magi—the day that Jesus was revealed to Gentiles. In some Western denominations, Epiphany starts the liturgical season of Epiphanytide, and the night before is many times celebrated as Twelfth Night. 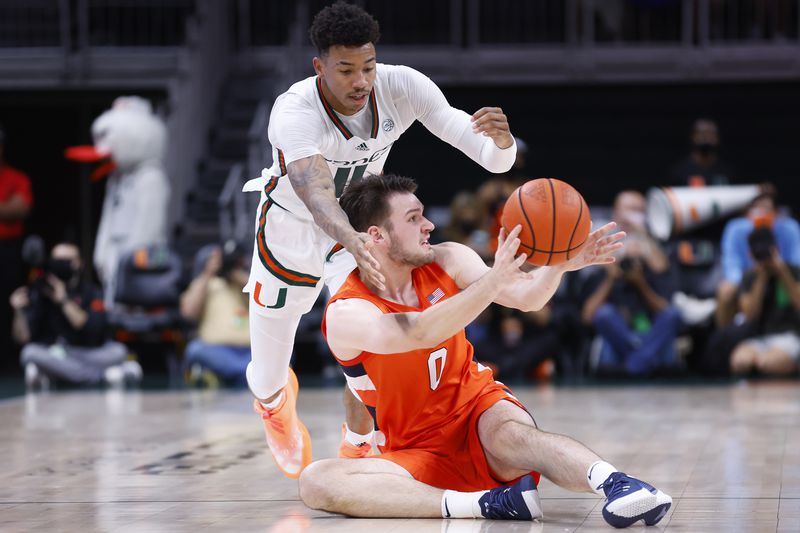 Jimmy Boeheim #0 of the Syracuse Orange and Jordan Miller #11 of the Miami Hurricanes battle for a loose ball during the second half at Watsco Center on January 05, 2022 in Coral Gables, Florida. (Photo by Michael Reaves/Getty Images)Getty Image

Anatomy of a second-half Syracuse basketball meltdown in Miami: What happened? (PS; $; Ditota)

It was stunning and absolute.

At one point, Syracuse led by 18 here. Ten minutes and several ghastly turnovers later, Miami had seized the lead, owned the momentum and made seemingly every play.

The Hurricanes cast aside their shaky first half, only to churn through SU in the second half and beat the Orange 88-87.

“The game turned all because of turnovers,” SU coach Jim Boeheim said. “We didn’t take care of the ball in the half-court. Not just full-court, it was really just half-court. I think they had 25 points on turnovers. You can’t do that on the road.”

Syracuse has struggled in too many games this season in the second half.

But the swiftness and the decisiveness of Wednesday’s meltdown was something else.

It started at the end of the first half.

Jimmy Boeheim lost the ball and Wooga Poplar made two free throws after he was fouled in transition to trim Syracuse’s lead to 16. SU called time out to set up a final play with 18 seconds left. But Buddy Boeheim’s suspect inbounds pass eventually led to a Charlie Moore jump shot.

Within the span of 59 seconds and two Syracuse turnovers, Miami had trimmed the SU lead to 14 at the break.

It would get worse before it got better.

Within six minutes of the second half, the Hurricanes tied the game at 51.
...

We know that ball pressure has been an issue for this team all season. Miami, however, is not a very good defensive team. Despite that, the Hurricanes used much more pressure and aggressive defense in the second half, and that seemed to frustrate the Orange. In total, Syracuse turned it over 19 times, 10 in the second half. While Miami's defense certainly played a part in that, there were several unforced turnovers as well. Such as Jimmy Boeheim dribbling the ball off his leg on a drive that looked like it would have resulted in an easy layup. Turnovers were a big story in this game. A big reason why Syracuse lost. While the Orange had 19 turnovers, Miami had just 10. The Hurricanes outscored Syracuse 25-11 in points off turnovers and 18-3 in fast break points. In what was ultimately a one point game where Syracuse shot better than Miami and outrebounded then, turnovers were a major problem. I'm not sure what the answer is to fix it other than players just valuing the basketball more. Only one of the turnovers was Girard, though Symir Torrence was solid when he was in the game with six assists in 14 minutes. Something has to change, however.

Syracuse led by as many as 18 points in the first half and held a 14 point edge at halftime. Despite that, the Orange found itself trailing for the majority of the second half as Miami made its first six three pointers after halftime. In Syracuse's seven losses, teams are outscoring the Orange by 13 points in the second half alone. Also in those losses, teams are shooting 53% from the field and 55% from three point range in the second half. That is compared to 36% overall and 32% from deep in the first half. The defense, in this one, just did not look as aggressive and active as it was in the first half. That seems to be a problem that plagues the Orange in just about every game. In 10 of Syracuse's 14 games, Syracuse has performed worse in the second half compared to the first (worse by scoring margin, shooting percentage, defense, etc.). Perhaps part of that is Symir Torrence and Benny Williams seeing more time in the first half. Williams appears to be getting more comfortable defensively, and the team does play better on that end with him in the game. Regardless, this is the worst defensive team of Jim Boeheim's coaching career.
...

Charlie Moore scored 25 points, Isaiah Wong had all 14 of his during Miami's 58-point second half, and the Hurricanes beat Syracuse 88-87 on Wednesday night for their eighth straight victory.

Miami trailed by as many as 18 points in the first half after 4-for-14 shooting from 3-point range. But the Hurricanes made their first six from distance after halftime, taking the lead, 50-48, for the first time since 8-7. Syracuse missed 5-of-6 shots to start the second half.

Miami took the momentum on Jordan Miller’s lob dunk, followed by Kameron McGusty’s three-point play with 2:24 left for a 76-69 lead. Moore sank a deep 3 with 1:01 left for a six-point lead before Syracuse buried three 3s in the final 11 seconds, including Cole Swider's at the buzzer.

Wong missed his first five shots of the game before converting layups on back-to-back possessions midway through the second half to give Miami a 61-55 lead. Syracuse had a season-high 17 turnovers with 10 minutes left.
...

Media company Park Outdoor Advertising capitalizes on the flexibility of Daktronics digital billboard inventory by teaming up with basketball standouts Jimmy and Buddy Boeheim to promote their billboard business.

The partnership is a Name, Image and Likeness (NIL) agreement, in which Park Outdoor will feature the two brothers throughout the college basketball season in the New York area. The company chose to work with the Boeheims because of their reputations as accomplished student athletes and well-respected young men.

"We view this as a unique opportunity to build a creative and fun season-long campaign with Buddy and Jimmy," says Park Outdoor Executive Vice President and COO Rick Steele. "We can't wait for the billboard designs to begin popping up in our communities. It's going to be a lot of fun."

The Boeheims are also excited to be part of the Park Outdoor campaign.

"I am excited to partner with Park Outdoor Advertising and can't wait to see our billboards around Syracuse and Central New York," Buddy Boeheim says.

His brother Jimmy agrees, "It was an honor to be part of this new campaign with Park Outdoor Advertising, a local company that bleeds orange."

Park Outdoor is the 16th largest out of home company in the USA, based in Ithaca, NY. They have Installed 31 digital billboards, 95% of those from Daktronics, the Brookings, South Dakota-based digital LED company. Park plans to use the Boeheims' images on many of those billboards as well as on their static locations.

"This is an exciting opportunity for us, and we look forward to enhancing our image and relationships through this campaign," says Steele. About Park Outdoor Advertising

Park Outdoor Advertising is an OOH media company operating more than 1,500 billboards in upstate New York and northern Pennsylvania. The Park Outdoor Syracuse division has 74 bulletin faces covering Interstate and surface arteries. The Syracuse plant offers permanent locations and rotary programs in Onondaga County on 10'6" x 40', 14' x 48' static locations, two 11' x 40' digitals, a 14' x 48' digital complete with a first of its kind "integrated facade" on a recently added 12' x 24' digital in the Town of Camillus. The locations are individually priced and extensions and overlays can be fabricated. All bulletins are illuminated from dusk to midnight. Park's Syracuse plant average DEC is 76,712 ranging from 25,000 to 112,000 per day. Five 30 sheets are also available in Syracuse.
...

Trying to fix North Carolina’s defensive problems has been an ongoing process that hit another speed bump Wednesday night.

Armando Bacot didn’t care that he collected 21 points and a career-high 17 rebounds. He called the game embarrassing.

When Coach Hubert Davis’ decision to switch on screens defensively didn’t come with the needed communication and execution against a quick Notre Dame team (8–5, 2–1 ACC), it was the Tar Heels’ undoing in a 78–73 loss in South Bend, Ind.

That lack of cohesive movement left Irish shooters open all night, and UNC (10–4, 2–1) gave up a season-high 13 3-pointers, led by Nate Laszewski’s six on his way to a team-high 20 points.

Whenever there was a ball-screen handoff to Laszewski, UNC was switching. The hope was to keep a defender on him and prevent him from getting open.

“From a defensive standpoint, we didn’t do what we talked about, what we practiced in practice,” Davis said. “As a result, you leave open a really good 3-point shooter.”

Initially, every Tar Heel switched except for Bacot, but Davis started to have everybody switch to avoid confusion. The open Irish shots kept coming as they shot 47.2% from the floor and 41.9% from 3-point range on the night.
...

The self-proclaimed “Best Chicken Tenders on Earth” are coming later this year to Syracuse’s eastern suburbs.

The newest Tully’s Good Times restaurant is expected to open by late summer in the former location of Uno’s Pizzeria & Grill at Fayetteville’s Towne Center. That Uno’s, the last in Onondaga County, closed in November.

The Fayetteville Tully’s, a full bar and restaurant, will join a smaller, “quick-serve” location expected to open by late February in a former Friendly’s restaurant at 192 Bridge St. in Oswego, said JohnPaul Giamartino.

The two new locations will bring the total number of Tully’s to 15 — 14 in Upstate New York and one near Scranton, Pa. All but the new Oswego location and an existing outlet at SUNY Binghamton are full-service bars and restaurants, with full pub menus and sports-themed decor. The two quick-serve locations primarily feature Tully’s famous tenders.

“We take a slow and steady approach to expansion,” JohnPaul Giamartino said. “When a good location opens up, like this one in Fayetteville, we look at it and see if it’s a good fit. This definitely looks like a good fit.” 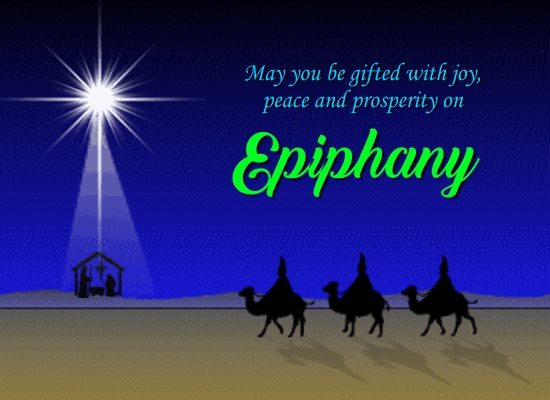