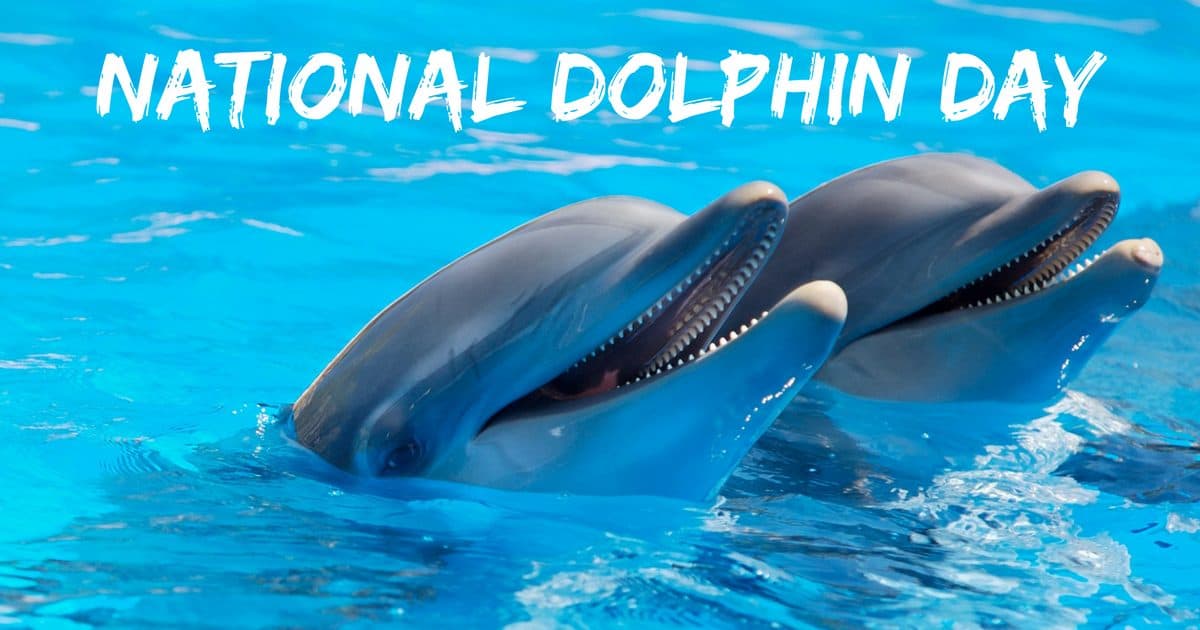 National Dolphin Day is celebrated on April 14 every year. On this day, we celebrate dolphins — one of the most intelligent and friendly mammals in the world. Dolphins are cetacean mammals that belong to the same family as whales and porpoises. There have been many representations of dolphins in popular culture through books and films. Most of these popular representations are accurate. Dolphins are extremely social and friendly beings. They love company and have an acute sense of hearing. Yes, they can hear many more frequencies than adult humans. Dolphins can be found in many parts of the world although they prefer shallow waters.

Syracuse’s 2022 recruiting class is one of its best in recent memory. Jim Boeheim and his staff have taken a lot of flack over the past few years for not bringing in the same caliber recruits that they did a decade ago. The 2015 sanctions obviously play into that. But, that did not eliminate SU from getting good players altogether.

2022 feels like the first class that will truly make an impact on the program. While it may be quantity over quality, there are still some high-caliber players suiting up for Boeheim next season.

With three 4-stars, all of whom will likely play big minutes as freshmen, and three 3-stars, who also may get some run in year one, it proves how much Syracuse needed this kind of recruiting class.


Last season Boeheim went the route of the transfer portal to rebuild the roster. That unequivocally failed. He may have to use the portal again this offseason to fill out the team, but in no way is he making that his main way of getting players to SU.

Syracuse needs a backup center. They’ve talked to and hosted former target, Quincy Ballard, on a visit just this past weekend. Ballard would be a good get and someone who can provide length and athleticism in the zone as a backup option behind Jesse Edwards.

It also would not be the biggest shock in the world if the Orange brought in another forward, as the most senior forward on the roster right now likely to play big minutes is sophomore Benny Williams. John Bol Ajak is still on the roster as a fourth-year player, but it would be shocking if he played real minutes.
...

Class of 2022 combo guard Judah Mintz has officially signed with Syracuse basketball. Mintz signed during a ceremony at Oak Hill Academy along with teammate Christian Reeves, who is headed to Duke. Mintz committed earlier this month over finalists DePaul, NC State and Wake Forest. He is ranked the 33rd best player by SI All American.

"It was just a great opportunity for me to come and be able to play to make an impact as a freshman," Mintz said after he committed. "I had a really good connection with coach Red Autry and with coach Boeheim too. Everything just came into play and that was the best fit for me."

"It's really exciting," Mintz said. "I know all of those dudes, so it should be really fun. I'm really excited to get there."

The recruiting process was a long one for Mintz. He originally committed to Pittsburgh, but elected to reopen his recruitment rather than sign early with the Panthers. He received plenty of interest from high major programs from there, and scheduled one official visit in January (Xavier) and four in February (DePaul, NC State, Syracuse, Wake Forest). After the visits, it was decision making time.

The Nike EYBL was in action over this past weekend in Orlando. Several Syracuse basketball recruiting targets played for their respective AAU teams, and some were recognized as some of the best performers of the event.

The complete first, second and third teams can be viewed HERE. 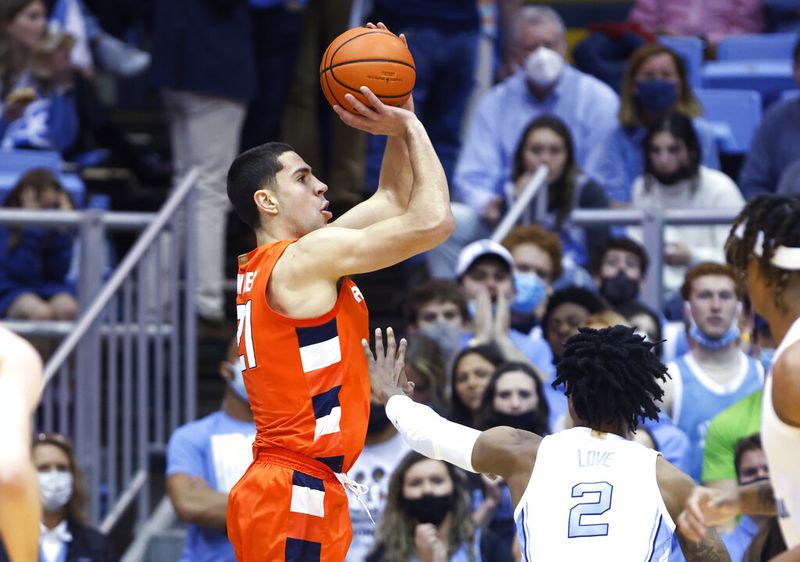 Before the 2021-2022 college basketball season ended for Syracuse and Cole Swider in an arena in Brooklyn, “there was a very strong consideration” that Swider would return to the Orange for a Covid-19 provided extra year.

Swider, who transferred to SU after three unremarkable years at Villanova, had spoken all season about his gratitude to Orange coach Jim Boeheim for allowing him ample space to prove he was worthy of more minutes, more opportunity to help his team win. The thought of one more season of college, one more year to construct a college career he’d dreamed about at one point appealed to Swider.

When the season ended in the ACC Tournament, SU players left campus for spring break. Swider went home to Rhode Island to talk with people who knew him best about what might come next. His mom, he said, wanted him to leave school with a college degree, which he is on track to do. His dad wanted to be sure that if Swider left Syracuse, he would have appealing professional basketball options.

Swider spoke with a couple agents, and leaned specifically on Leo Papile, his AAU coach from BABC. Papile spent some time in NBA front offices (Boston Celtics, Los Angeles Clippers). He has contacts around the league and spoke with scouts about Swider. SU coaches, too, surveyed their NBA sources, Swider said.
...

Neff, in a letter last monthto season-ticket holders and other supporters, stated that Clemson did not meet expectations in 2021-22. The Tigers finished 17-16, including 8-12 in the ACC.

"I know there is some level of frustration with us and our program, wanting more and more," Brownell said Wednesday. "And believe me, the guy who wants it most is me. ... I hear it loud and clear from Graham. I agree with it. I want to be as good as we can be. I'm excited that we're getting more and more resources for basketball support. I'm not going to shy away from expectation. I want to go for a Final Four here."

Clemson ended the regular season with three consecutive wins, including an upset of eventual ACC Tournament champion Virginia Tech. In the league tournament, they beat N.C. State and lost to Virginia Tech in overtime on a buzzer-beating shot.

Leading scorer P.J. Hall played most of the season despite an injured foot, was sidelined for three of the last four regular-season games and ultimately needed surgery. Senior captain Hunter Tyson missed a month because of a broken clavicle.
... 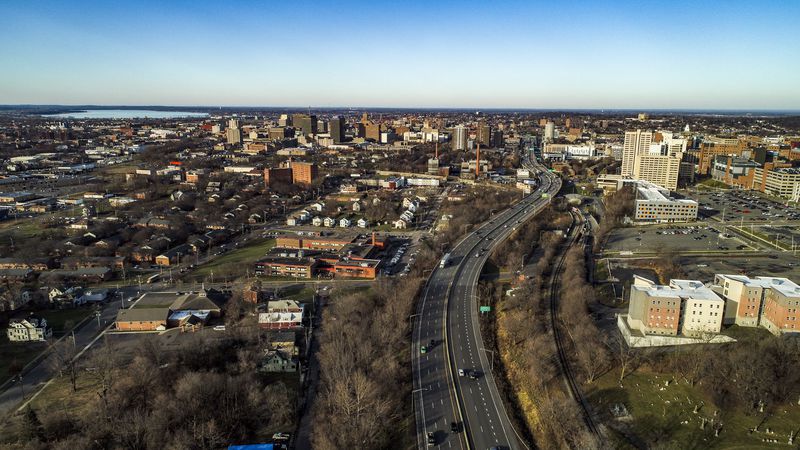 On Thursday, state and federal highway officials plan to release the final environmental impact statement for tearing down Interstate 81 through Syracuse, according to U.S. Sen. Chuck Schumer.

That leaves just one more official step before construction can begin on the $2.25 billion project.

Gov. Kathy Hochul has already confirmed the only option on the table for the aging highway is to tear it down and build a street-level boulevard to carry traffic through the city. High-speed traffic would be rerouted around the city on Interstate 481.

There has been pressure from Hochul and Schumer to get moving on construction after years of studying, and rejecting, various options. Schumer and Sen. Kirsten Gillibrand brought U.S. Transportation Secretary Pete Buttigieg to Syracuse last summer to see how a reimagined highway could reshape Syracuse.

The state budget, approved Saturday, included $1.1 billion for the project. Last year’s budget had $800,000 for I-81. The project could also benefit from new federal funding for transportation and infrastructure, Schumer said.

The governor has also said she supports the idea of reconnecting neighborhoods cut off by the highway’s construction in the 1950s and 1960s, including the historically Black 15th Ward.

At the same time the state brings down the highway, Syracuse city planners and a private foundation have come up with an $800 million plan to redevelop the neighborhood that includes public housing near the highway.

Last year, the state released a draft environmental impact statement and held a series of public hearings on it. The public submitted about 7,500 comments. Those will be answered in the Final Environmental Impact Statement, to be released Thursday.

The next step is for the state and federal governments to release a Record of Decision, the final document before construction could begin. That could happen as early as June, Schumer said.

The state has announced some changes since the first draft, including an answer to public outcry that too much traffic would be circling a new roundabout near an elementary school.
...