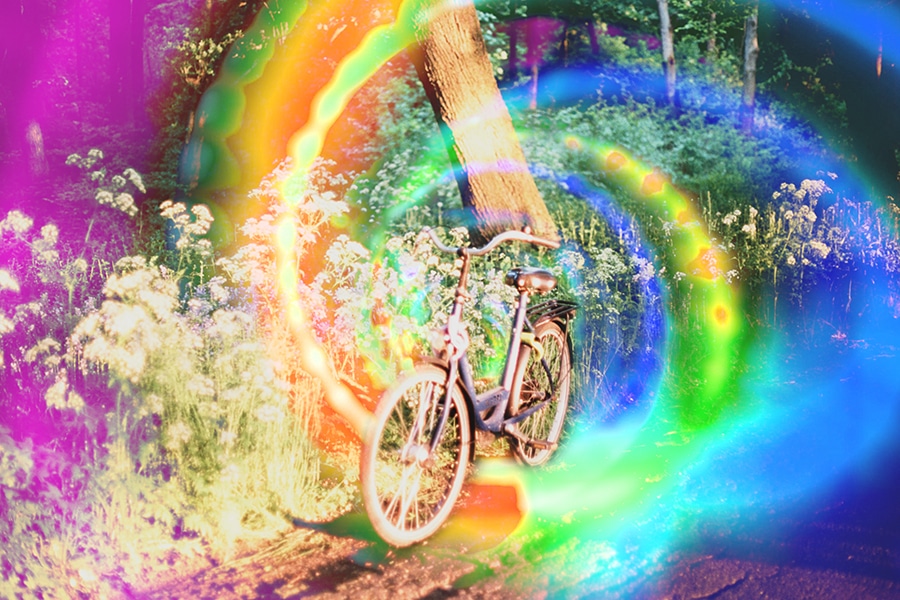 Bicycle Day celebrates the discovery of lysergic acid diethylamide 25, commonly known as LSD, and takes place on the anniversary of the first planned acid trip. On April 19, 1943, Albert Hofmann, a researcher at Sandoz Laboratories in Basel, Switzerland, purposely ingested .25 milligrams (250 micrograms) of LSD at his lab. He thought this would be the threshold dose—the lowest amount taken where there are still effects—when in reality the threshold dose for LSD is only 20 micrograms. But what does a bicycle have to do with the day?

Within an hour, Hofmann began to notice changes in his perception and senses. He decided that he should go home, so he hopped on his bicycle and began riding. Because the drug was already greatly affecting him, he had his laboratory assistant help guide him to his house. At times during his bicycle ride, he thought he was going insane, thought his neighbor was a witch and thought the LSD had poisoned him. He later wrote in LSD: My Problem Child, "On the way home, my condition began to assume threatening forms. Everything in my field of vision wavered and was distorted as if seen in a curved mirror. I also had the sensation of being unable to move from the spot. Nevertheless, my assistant later told me that we had traveled very rapidly." Needless to say, his bicycle ride was quite a trip.

It turns out a lifetime was 43 years.

Per a recent report, the name of the most recognizable landmark to dot the Syracuse skyline will soon transition from the Carrier Dome to the JMA Wireless Dome.

A new name for the place only felt right. Syracuse University certainly went out of its way in recent years to give Carrier a hint it was time to see other corporate sponsors.

Carrier’s $2.75 million gift to fund the first corporate naming rights agreement for an on-campus stadium in 1979 was once a deal ahead of its time. It soon became archaic, as it gave Carrier its name on the facility for life and millions in free mentions for a one-time gift.

Carrier’s name remaining on Syracuse’s most recognizable building for so long elicited a mix of emotions from Central New Yorkers.

It reminded of the glory days of the Big East, the bubble roof, a big blue curtain and being blown out the rotating doors when an event was over.
...

We knew the Syracuse Orange men’s basketball roster was going to undergo a large turnover before the 2022-23 season but we didn’t expect Syracuse to be looking to add a 7th new player. The departure of Frank Anselem means the Orange need someone who can play center behind Jesse Edwards and now that Quincy Ballard has chosen Wichita State where does Syracuse turn now?

We certainly aren’t going to go through the hundreds of players in the portal but there are some with previous Syracuse ties who could be a good fit. I think too many people are focused on finding a “zone center’ in the portal and not hoping the Orange find a player who can play the 4 and the 5. Otherwise Syracuse’s forward spots will be manned by unproven players.

Akok Akok (6-9, 215, PF, Soph, Connecticut) is a former Syracuse target who is leaving Connecticut after having his last two seasons impacted by injuries. Akok didn’t shoot much but he was 13-28 from 3 this year and if he’s back at 100% next fall he could provide depth for Syracuse. He might also be open to a visit to campus.
...

On this week’s Fizz Five, Ethan Frank and Ian Unsworth break down a bevy of topics:

After narrowing his transfer options down to Syracuse and Wichita State, the 7-footer decided to go to Kansas and be a shocker. The Syracuse native has now spurned SU twice, and Ethan and Ian try to figure out why.

Brandon Huntley-Hatfield and Akok Akok are the two names thrown out right now. Ethan and Ian figure out how each would fit in Jim Boeheim’s program.


3. COLE SWIDER AS A PRO PROSPECT​

A key piece in the SU offense might’ve suffered a major injury, and it could spell trouble for the most important position on the field.

Finally, the guys debrief on Gary Gait and company’s 14-13 loss to North Carolina and weigh what it means for the future. 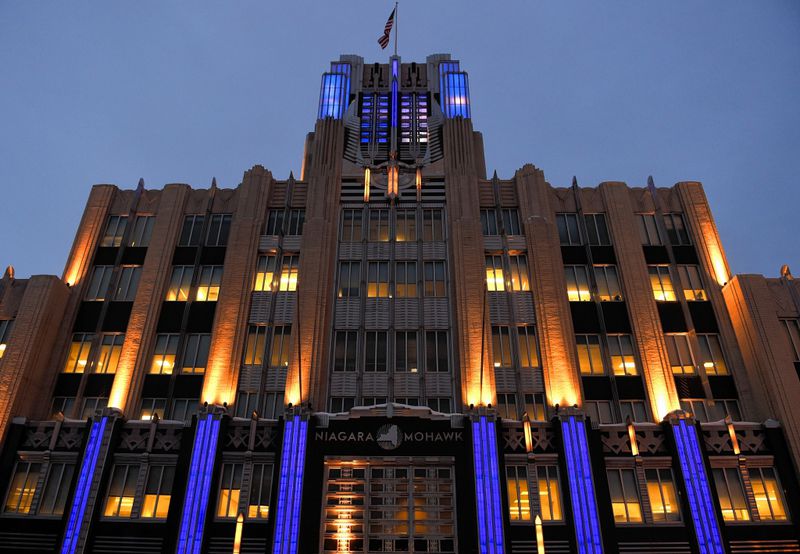 National Grid pushes back on all-electric NY. It has another idea for heating your home (PS; Knauss)

National Grid today will call on New York leaders to reject the goal of converting nearly every building in the state to electric heat by 2050, arguing that natural gas infrastructure should not be abandoned in the quest to stop climate change.

Instead, existing gas mains can one day supply customers with what National Grid calls “fossil-free gas,” a mix of methane recovered from landfills or farms and hydrogen made with solar or wind power.

That way, utility officials argue, not all customers would have to replace their gas furnaces with electric heat pumps. And, they say, the state’s heating system could slash carbon emissions without becoming dependent on a single fuel, electricity.

National Grid is launching a counterproposal to the state Climate Action Council’s draft plan to reduce greenhouse gas emissions, which aims to prohibit new installations of gas heating equipment in homes and businesses in the coming years. State officials are conducting public hearings on the draft plan (including April 26 in Syracuse, details below). The plan is expected to be finalized by the end of the year.

In an online interview with reporters Monday, Rudolph Wynter, president of National Grid NY, said gas should continue to play a role in heating some buildings even after many structures go all-electric.

“The current narrative that we hear … is essentially electrify everything,’’ Wynter said. “And we come up with a vision that is a bit of a hybrid.’’
...