Cinco de Mayo commemorates the Mexican victory at the Battle of Puebla on May 5, 1862, during the Franco-Mexican War. The day is a minor, regional holiday in Mexico, being mainly celebrated in the state of Puebla where the city of Puebla is the capital. Military parades, speeches, and reenactments of the battle are held there. It is also celebrated in Veracruz and Mexico City, but in many other places of Mexico, May 5th is no different than any other day.

It is more widely celebrated in the United States, where it commemorates the battle, and celebrates Mexican culture and heritage. It is most celebrated in areas with large Mexican-American populations. The day began gaining popularity in the 1940s, during the beginnings of the Chicano movement. Mexican immigrants used the day to show their pride in their Mexican heritage. Awareness of the holiday was further raised in the 1960s by Chicano activists. Today it is celebrated by many in the country, regardless of their ethnic background. Parades, parties, and festivals are part of the day. These events usually include mariachi music, Mexican folk dancing, and traditional Mexican foods. The largest festivals in the country are held in Los Angeles, Chicago, and Houston. 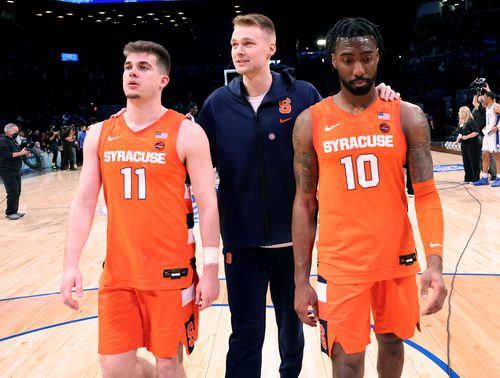 The calendar might disagree, but it’s basketball season at Mike’s Mailbox.

That’s because it’s always basketball season at the Mailbox.

We’ll start things off this week with a look at Syracuse’s 2022 recruiting class and compare it to past years.

Q: Since the NCAA granted extra year for players who played during the Covid session, does that mean college basketball teams can have more than 13 players on scholarship?

Mike: This past season was the first year that college athletes could take advantage of the NCAA’s extra year because of the coronavirus pandemic’s impact on the 2020-21 season.

So for just last season, the players who were using their extra year did not count against the scholarship limit. This gave schools time to adjust to the ruling.

But beginning with the 2022-23 season, any player who is using their extra year will count toward the scholarship limit. So teams will be able to have just 13 players on scholarship.
...

Yves Missi, a 6-11 big who plays for West Nottingham Academy and the PSA Cardinals, is becoming one of the hottest front court recruits in the 2024 class. Originally from Cameroon, he came to the United States in 2021.

"He came in last year pretty raw, a little shy," West Nottingham Academy head coach Tom Fabian said. "Didn't have a lot of meat on his bones, so to speak. If you took a snapshot of when he arrived on campus last year to now, I think that would be the biggest difference. The muscle he's been able to put on. The timidness that was there in the beginning is certainly no longer there. He had a lot of skill coming over, but he's been able to refine a lot of it and build off of the stuff he already had."

Since arriving, Messi has developed his game and become a desired high major prospect.

"I think in terms of his game, he's really, really shined as a rim protector with his length," Fabian said. "He's got really good timing and instincts. He's good at blocking shots without fouling. He's really starting to develop a post game. He's got a mature post game for a high school player. That's rare as the game moves away from the basket. Guys don't really have moves anymore, but he's got some moves and solid counters to those moves. I think it's something he really focused on over the summer and has really helped him offensively.

"Active around the basket. Really good form for his size. The shot is something that's still developing and getting more confidence in. Especially 15 to 18 feet, he's really confident in that now. When he gets to college, I think he'll be able to step it out to three point range as well."
...

And while media reports indicate that the ‘Cuse coaching staff continues to recruit Estrella hard, his recruitment has blown up on a national scale.

His junior season for South Portland High School in South Portland, Maine, was a stellar one, and Estrella proved one of the top performers in April during two NCAA live periods on the AAU circuit, according to national analysts and scouts.

Estrella’s list of offers is growing all the time, presently hovering around 20. Multiple blue-blood programs are showing interest in him, according to recruiting services and reports.

I remain hopeful that the Orange can amount to a solid contender for Estrella in his flourishing recruitment, but competition clearly is intensifying.

That being said, I’m rooting for this fine young man regardless of whether he ultimately chooses the ‘Cuse or not, and I’ll explain why.
...

I am an adamant believer that 2022 four-star commit Justin Taylor, part of a stellar six-member class for the Orange in this cycle, is going to play significant minutes for Syracuse basketball in the upcoming campaign.

In fact, I think there’s a good chance that the 6-foot-6 shooting guard/small forward, a native of Charlottesville, Va., could be in the starting rotation for Orange head coach Jim Boeheim when the 2022-23 stanza gets going.

Taylor recently finished up his last season of prep school, where he suited up alongside another ‘Cuse 2022 four-star signee, 6-foot-6 point guard Quadir Copeland, for the post-grad team at the IMG Academy in Bradenton, Fla.

National analysts and scouts praise Taylor for his shooting, both from beyond the arc and in the mid-range. Furthermore, experts say he has good positional size and strength, is a solid defender and rebounder, has a keen basketball IQ and court vision, and Taylor’s athleticism is maybe a tad underrated.

With the 2021-22 season over and AAU competitions in full swing, various recruiting services are publishing their final national rankings for the 2022 class.

Depending on the recruiting service, Taylor is rated as either four stars or three stars. 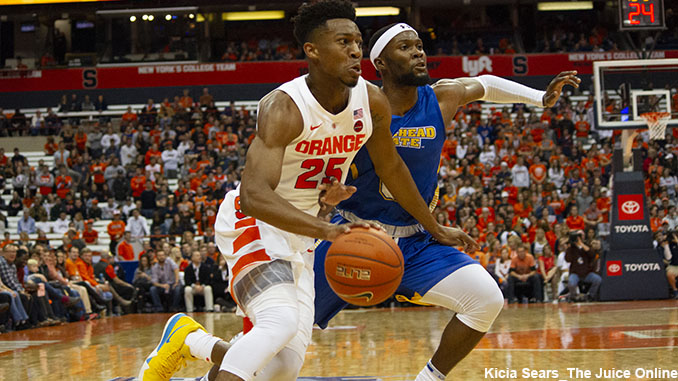 Our all-decade starting five for Syracuse basketball - The Juice Online (the juice; Gustin)

Approaching his forty-seventh year as head coach for Syracuse, Jim Boeheim has seen quite the talent come through his program.

Within the past decade the hall of fame coach has seen immense amounts of talent in his players that has translated to the highest levels of professional play.

Syracuse amidst up and down seasons has still been to an impressive six NCAA tournaments and two final fours in just a ten year span. Throughout this time the Orange have seen some of their best players in program history.

This has us wondering what a Syracuse All-Decade Starting Five shapes up to look like.

Despite being in an Orange jersey for only one year, Tyler Ennis is the most explosive and talented point guard in the past decade for Syracuse. Leading the Orange to a 25-0 AP #1 ranked start, Ennis dominated the early transition into the ACC for Syracuse. Ennis averaged 12,9 ppg, 3.4 reb, and 5.5 ast in his freshman campaign, taking complete control over the best team in the country. The shifty guard found the best ways to get teammates involved and will always be remembered for the historic Pitt buzzer beater to stay undefeated. Despite the second round exit in the NCAA tournament, there is no denying the dominance and greatness Tyler Ennis had while playing for Syracuse
...

Wright State forward Grant Basile announced he was transferring to Virginia Tech, and he should have two years of eligibility remaining with the Hokies. Basile has played four seasons but redshirted his first year and has an additional year of eligibility due to COVID-19.

Basile should slide into Keve Aluma’s role in Virginia Tech’s starting lineup. He averaged 18.4 points and 8.5 rebounds per game last season while shooting almost 50% from the field. He is the second high-profile transfer to join the Hokies within the past week, joining former Memphis transfer John Camden. Both will play a significant role on Virginia Tech’s 2022-23 roster, which recently lost David N’Guessan to the NCAA transfer portal. The Hokies are still unsure whether or not Justyn Mutts returns for another season.
... 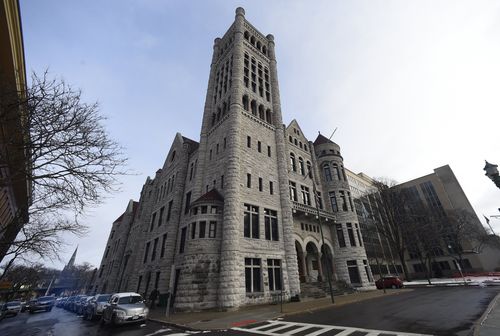 Property assessment unfair? Here’s how to challenge it (PS; Breidenbach)

When your local government does a poor job of figuring your home’s property tax assessment, it’s up to you to make it right.

If you think your assessment is unfair, here’s how to fight it:

First, you need to know the assessed value of your house. You can find it on your tax bill or look it up online at the real property tax office for your county.


The assessed value is the amount the city or town believes your house is worth. It is also the amount the municipality uses to figure out how much you owe in property taxes. Schools, towns, villages and cities charge everyone inside its boundaries at the same rate – a dollar amount for every $1,000 of value.

The assessed value is supposed to be equal to the amount of money your house would fetch on the market. (In some municipalities, the assessment is a fraction of full market value, but the record will also show the house’s market value.)

How do you figure out the market value?

If you have had a recent appraisal for a bank loan, use that.
... 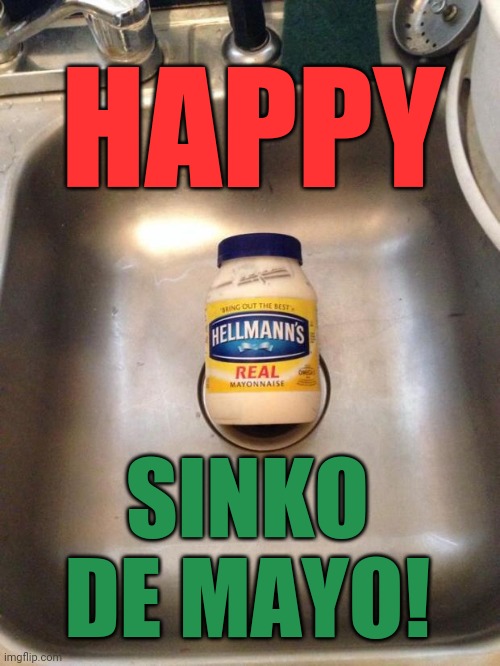