National Streaming Day on May 20 recognizes the advancing and growing technology that makes our mobile lives run more smoothly.

The first computer was invented in the 1940s. It wasn’t until the late 1990s that streaming became accessible. Since then, technology has made huge advancement, resulting in the option to stream just about anything. Luckily, the attraction of streaming pushes technology to improve speed and accessibility. As technology changes, so does are need to meet our streaming expectations. 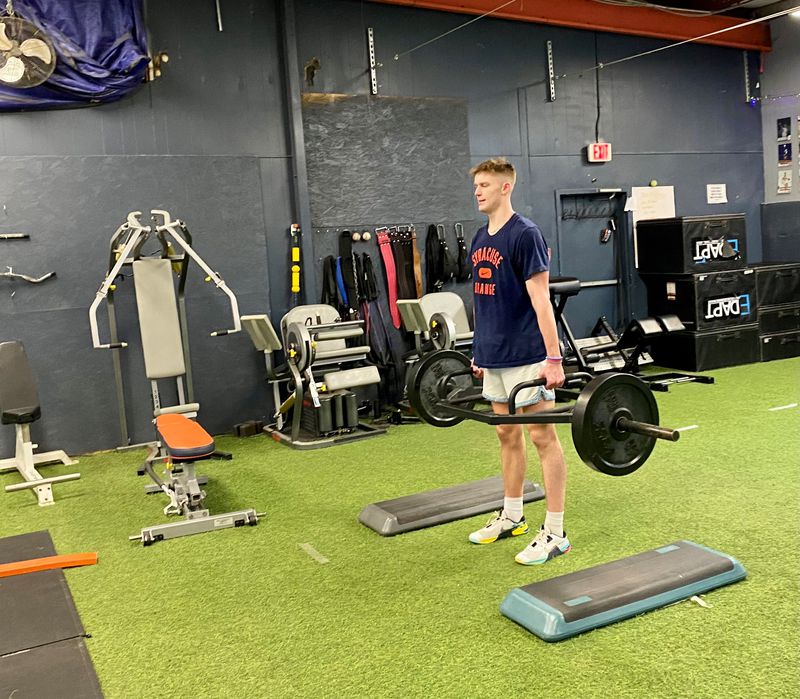 “Let’s get coordinated and learn how to move your body,” was Szabo’s early instruction.

The more difficult, more challenging workout Taylor performed on a recent May afternoon would be years in the making, before he mastered the basic body building blocks.

Taylor would grow into a 6-foot-7 wing who last fall committed his basketball future to Syracuse University. He is one of six Orange freshmen who will arrive on campus this month to start summer classes and begin to acclimate to university life.

At 210 solid pounds, Taylor’s body is the antithesis of the typical high school senior. He has worked for four years with Szabo to turn the gangly early teen years into a body SU assistant coach Gerry McNamara describes as “physically imposing.”

Taylor graduated from IMG Academy last winter and went home to Charlottesville after the 2021-22 basketball season ended. He’s taking online courses at a local community college to get a jump on college credits. And he’s working out every day, either in Szabo’s ADAPT gym, with his Charlottesville basketball skills trainer, or on various basketball courts around town.
...

For Syracuse University sports fans, the big questions that need to be answered after Thursday’s grand introduction of the JMA Wireless Dome are the following:

2. Will the teams that call the Dome home win again as a result?

The first question will be answered relatively quickly.

As for the second, Syracuse athletic director John Wildhack marked the tape and proclaimed a new dawn is set to rise for football, men’s and women’s basketball and men’s and women’s lacrosse as a result of JMA’s involvement.

“Today’s announcement combined with the upcoming renovations to the Dome sends a very clear message about the future,” Wildhack said. “Syracuse University is committed to its athletics program. We are committed to provide the best experience competitively and academically for our student-athletes to compete and compete successfully in the ACC and on a national level.”
... 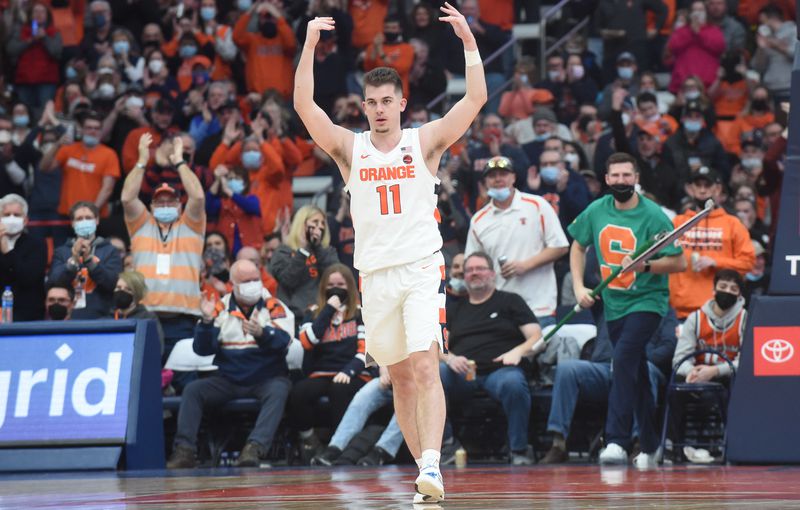 The Syracuse Orange men’s basketball team will host Lehigh at the newly renamed JMA Wireless Dome during the 2022-23 season, according to a release from the university.

Syracuse and Lehigh were scheduled to play last season, but Covid forced the cancellation of the game.

Syracuse is scheduled to host Lehigh on Monday, Nov. 7. This will be the fifth meeting between the two teams with Syracuse holding a 4-0 advantage in the series. The teams’ last meeting came during the 2015-16 season with the Orange taking away a 57-47 win.

Lehigh went 13-19 last season. The Mountain Hawks had a 10-8 Patriot League record and lost to Colgate in the conference tournament’s quarterfinal round.

Lehigh coach Brett Reed will be entering his 16th season with the Mountain Hawks. He has a 246-208 record at Lehigh.

The Orange will participate in the Empire Classic at the Barclays Center in Brooklyn on Nov. 21-22. The tournament’s field includes Temple, Richmond and St. John’s.

Syracuse will host Bryant on Saturday, Nov. 26, according to Jon Rothstein. The game will mark the homecoming of former Liverpool standout Charles Pride.

Syracuse is also slated to play in the ACC/Big Ten Challenge.

Georgetown is expected to come to the Dome, although the game has not been confirmed.
... 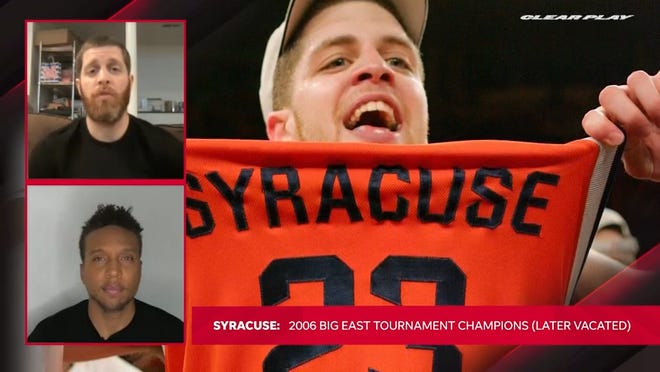 Tim Stone had some time to himself during his bout with COVID-19 earlier this year, so he found himself cruising social media.

On Sunday, the Lyons resident will be cruising the Lyons Community Center with former Syracuse University basketball players Eric Devendorf and Kris Joseph.

The chance encounters via social media led to the former Orange duo coming to Lyons for a basketball camp the Center is calling “Shooting With the Stars.” It was an unexpected result of an unexpected encounter, but Stone and the Lyons residents he worked with to pull it all together are thrilled.

“It’s an opportunity to let the youth of our community know that there are adults out there who care about them,” said Stone.

Joining them will be former Lyons coach and district Hall of Fame inductee Dean Schott I. Also coming are Lyons graduates Justice Smith, who just transferred from Mansfield to Division I East Tennessee State and Collier Drayton, another district Hall of Famer who played NCAA basketball at Northwestern.
... 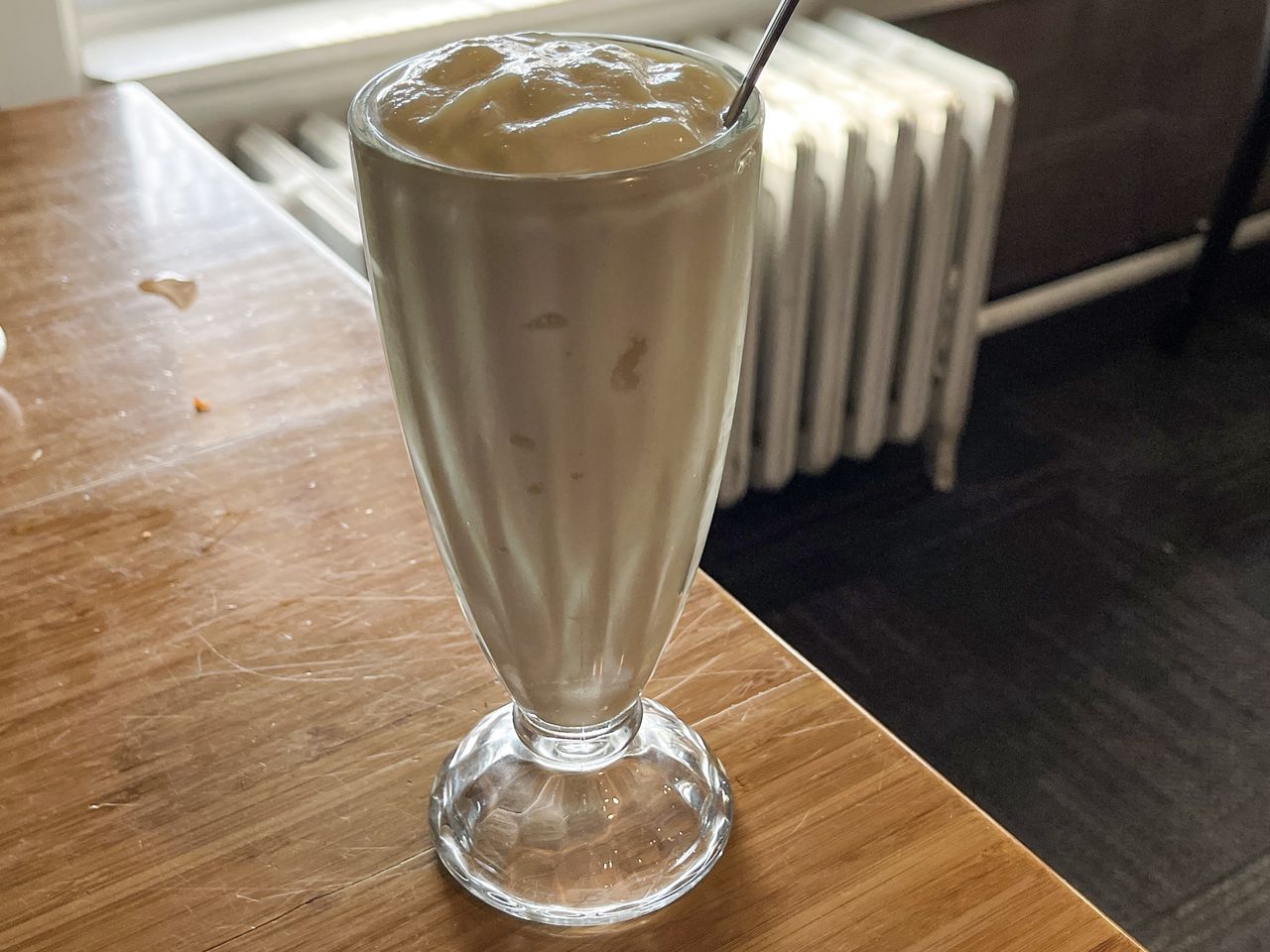 Six letters on the second-to-last page of the menu at New Century Vietnamese Restaurant presented an exotic challenge.

Sometimes, reviewing restaurants is about stepping out of your comfort zone. Other times, it’s about taking one for the team. Durian certainly met both criteria. The fleshy, melon-like fruit native to Southeast Asia is not unlike cilantro. Some people love cilantro, while others think it tastes like soap. Some love Durian for its caramelly sweetness and its nutty flavors. Others think it smells and tastes like something less appealing. Search “durian flavors” on the internet and you will find people describing it as smelling or tasting like sewage, a gym sock or a dead animal.

It appears in desserts at New Century, offering an authentically Vietnamese element rarely found in the area, and I opted to get a durian milkshake to try it out.

I wouldn’t say that I regretted it, because now I can say that I’ve had durian. That the flavor and aroma caused me to gag is no reflection on New Century, the decades-old restaurant on Syracuse’s North Side. I just happen to fall into the column of people that are not agreeable to the fruit. Our waiter offered a wry laugh as he took away the shake, knowing one more person stepped up to the challenge and failed.

Luckily, the bold flavors of the menu were more than adept at covering up any aftertaste we may have endured.

New Century offers a full menu of Vietnamese cuisine, spanning noodle and rice dishes, traditional beef pho bo and traditional entrees. You won’t find banh mi sandwiches, steam buns or dumplings, but you will find one of the house specialties: cha gio re. The house egg rolls are filled with shrimp, pork and carrots, and surrounded in a special homemade wrapping of rice paper with a pastry-like lacing on the exterior. In addition to the unique appearance of the eggroll, which are typically smooth, there was an intriguing texture and crunch.
...

National Streaming Day 2022 takes place Friday, May 20, and it’s a great occasion to take stock of your current streaming lineup, and maybe explore some different options.

Last year, Streaming Day was a big deal. Disney rolled out a day’s worth of activities and promos, while Roku marked the day with big promos. Things have been a little quieter this year, but there’s still plenty to dive into in the streaming space.

What is National Streaming Day, anyway? It’s an unofficial promotional holiday originally invented by Roku in 2014, and a yearly reminder of the decline of cable TV, and the explosion in popularity of on-demand and live TV streaming services.

Amazon Prime Video - As always, Amazon’s Prime service, which includes full access to Amazon Prime Video, comes with a 30-day free trial. If you’re looking for an on-demand streaming service that’s packed with perks beyond just original TV series and hit movies, Amazon Prime is your one-stop-shop. Prime Video is home to critically acclaimed Originals like “The Boys,” “Jack Ryan,” “The Man in the High Castle” and more, plus 15 exclusive NFL games this season.

Discovery+ - If Discovery, HGTV, Animal Planet and Food Network are among your favorite TV channels, why haven’t you already subscribed to Discovery+? It’s packed with can’t miss originals and exclusive new shows from your favorite personalities like the Irwins, Jonathan and Drew Scott, Chip and Joanna Gaines, Bobby Flay, Ree Drummond, Guy Fieri, Giada De Laurentiis. Stick around after your trial, because this service is just $4.99/month, and if you’re a military service member or veteran, it’s just $2.99/month.

fuboTV - FuboTV offers one of the widest selections of channels among live TV streaming services. More than 100 channels, including all the sports and entertainment you love, plus sports add-ons for those niche networks you rely on, and it all starts with a free trial. The best part is, you can even enjoy a free trial for the Elite level plan, which adds extras like NBA TV, NHL Network, ESPNU and more.

Funimation - Are you obsessed with anime? Then Funimation is the best streaming service for you, and right now it offers a free trial on its Premium level service, which includes ad-free streams of thousands of subtitled and dubbed titles in the Funimation library, like “Attack on Titan,” “One Piece” and more. You can even enjoy a free trial of the Premium Plus plan, which supports downloads and members only offers.

Paramount+ - Your first 7 days are free when you sign up for this service, which has some of the most-talked-about streaming exclusives, like “Star Trek: Picard,” “1883: A Yellowstone Origin Story,” and “Halo.” Plus, if you love the world of European Soccer, this is the best service for you, with complete live streaming UEFA Champions League and Europa League coverage. Also, if you’re interested in SHOWTIME, you can bundle the two services right now and save 38%.

Philo - This is the best name for budget live TV around. You get 60+ channels and unlimited DVR for just $25/month, and it’s currently offering a 7-day free trial. You won’t find a ton of sports options on Philo, but if you love entertainment and lifestyle channels, like Paramount Network, Comedy Central, BET and more, the price can’t be beat.
...
You must log in or register to reply here.