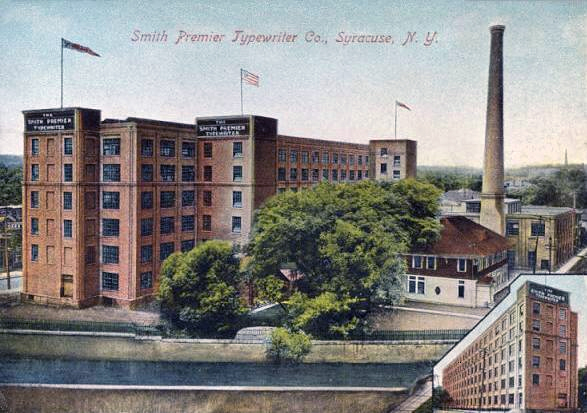 Syracuse was once the Typewriter Capital of the World...

At their peak, typewriters were essential and sometimes the only way of typing books, articles, and manuscripts neatly. Although they fell out of vogue in the 20th century, the rise in hipster culture has made for a renewed popularity among young people.

Even now, many famous writers use typewriters to hone their creative processes. For instance, George R.R. Martin, Quintin Tarantino, and Jhumpa Lahiri are all well-known typewriter advocates. 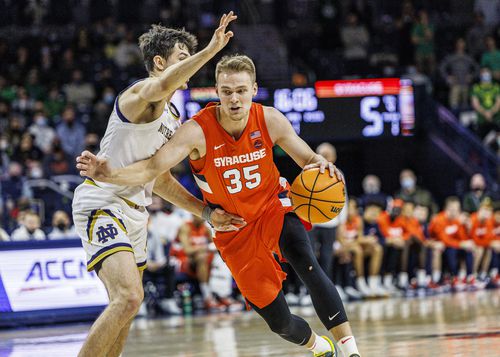 Barring a major surprise, Thursday night will come and go without a Syracuse University basketball player selected in the first round of the 2022 NBA Draft.

The odds tilt in favor of a Syracuse player not being selected at all in tonight’s draft.

Buddy Boeheim and Cole Swider are the two best candidates from Syracuse, but you won’t see either show up in the mock drafts no matter how much you Control+F their names.

The NBA Draft is tomorrow and Syracuse Orange fans won’t be glued to their television with hopes of hearing any former Orange have their names called by Adam Silver. Will Cole Swider or Buddy Boeheim sneak into the late second round? While it’s unlikely they do, both players are generating interest and should find themselves with opportunities to earn a two-way contract at the NBA Summer League in Las Vegas.

The Orange haven’t produced a first-round pick since Tyler Lydon in 2017 and Elijah Hughes in 2020 is the last second-round pick. We’re looking at a five-year drought for a Syracuse first-round selection which will be the longest since Jim Boeheim took over as head coach. It coincides with the period of NCAA recruiting sanctions and the departure of Mike Hopkins but it highlights Syracuse’s inability to land (or hold onto) NBA talent.

It’s hard to tell if next year’s Orange squad has anyone ready to end the drought. Will Benny Williams take a big step forward and show a better offensive game to go with his athleticism? Could Judah Mintz show enough potential as a combo guard to put his name on draft boards? Outside of those two it’s hard to see another Syracuse player ready to emerge as a first-round pick. The way the NBA is trending away from traditional big men at the center doesn’t mean Jesse Edwards can’t make a roster but unless he shows he can knock down 3s this year he’ll probably have to take a different path.
... 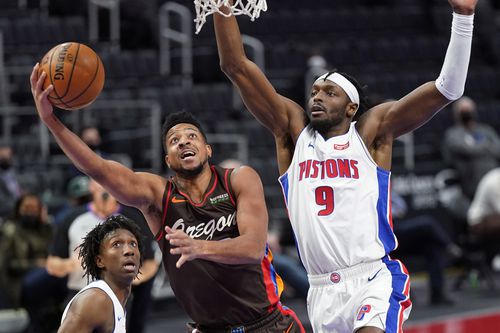 Jerami Grant’s time with the Detroit Pistons is over after just two seasons.

The Pistons traded the former Syracuse star to the Portland Trail Blazers on Wednesday night, according to a report from ESPN’s Adrian Wojnarowski.

Detroit will receive a 2025 first-round pick (via the Milwaukee Bucks) in exchange for Grant. The Pistons will send Grant into a $21 million trade exception, which gives the franchise $43 million in cap space to spend in free agency, Wojnarowski reports.

The two franchises will also swap 2022 second-round picks. Detroit will now select at No. 36, while Portland will draft at No. 46.

The trade occurred on the night before the NBA draft and the Pistons also hold the No. 5 overall pick. Former Syracuse players Buddy Boeheim, Cole Swider and Jimmy Boeheim have worked out with several NBA teams ahead of Thursday night’s draft.

Grant, a 6-foot-8 forward, averaged 20.9 points and 4.4 rebounds in two seasons with the Pistons. He averaged a career-high 22.3 points in his first season with Detroit in 2021-22. Grant suffered a calf injury in late March that sidelined him for the remainder of the 2021-22 season.
...

On this mid-summer edition of Fizz Five, Cameron Ezeir and Carter Bainbridge explore the newly-released roster of Boeheim’s Army, the Syracuse-affiliated TBT squad, and its chances of repeating as champions. Also, does SU football have an in-state recruiting problem? Plus, with the NBA draft set for tomorrow, we discuss the odds that Buddy Boeheim gets selected.

In the NBA draft, being the #1 overall pick is a pretty big deal. If you're running a college basketball program, just know that it's hard to produce even one of them, much less two or more. Add to that the fact that there are a lot more colleges sponsoring men's basketball teams than there are those with football teams, and a lot of NBA players never even attend college! Those factors all combine to keep the number of #1 picks per school very, very low - but there's still a pretty clear leader, as this tweet shows:

Most No. 1 Overall Picks:

Who would you take No. 1 on Thursday night? #NBADraft pic.twitter.com/kfPKEZpmZJ
— NCAA March Madness (@MarchMadnessMBB) June 21, 2022
Expand...

(Note: I was able to confirm all of these schools except UTEP - I only count one #1 for them - Hokie Mark)
Yes, the Duke Blue Devils have produced the #1 overall pick four times! That's enough to put them in first place in terms of top players drafted. Here's a list of the last 34 number ones...
...