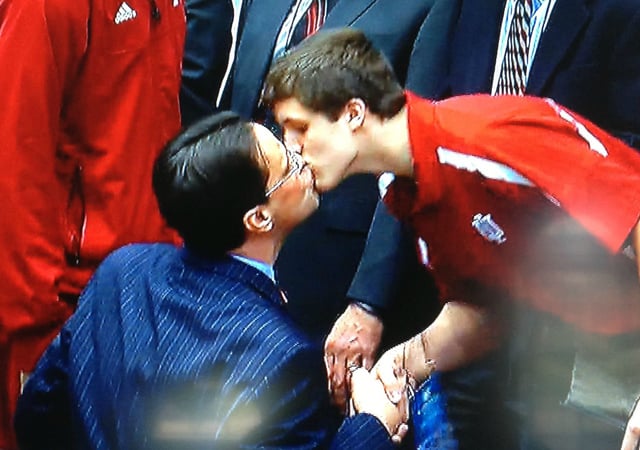 There are many types of kisses—they are practiced on different occasions and have various meanings. There are passionate kisses between lovers, a person's first kiss, the kiss between a child and their parents or grandparents, and a kiss on the cheek or hand as a greeting or to say goodbye. There are even kissing competitions—as of 2018 the longest kiss has lasted over 58 hours. Kisses are an important part of social bonding and are celebrated today. The day appears to have started in the United Kingdom in 2006, and is now observed worldwide. While its main focus is on celebrating kisses between lovers, all types of kisses may be celebrated.

"Kiss" comes from the Old English word "cyssan," which itself came from the proto-Germanic word "kussijanan" or "kuss." This word probably comes from the sound that kissing can make. The first written mention of kissing is in the four Vedic Sanskrit texts, which may date to as early as 1500 BCE. 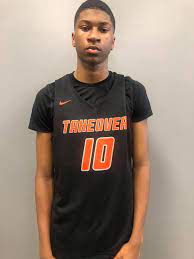 The first scholarship offer that the Syracuse basketball coaching staff made to a high-school prospect in the 2024 class went out to five-star big man Donnie Freeman from Washington, D.C., with that offer arriving last August during the Orange’s annual Elite Camp.

As far as I can tell, ever since, the ‘Cuse has prioritized the 6-foot-9 power forward, who is a rising junior at St. John’s College High School in D.C. and suits up in grassroots basketball for the Washington-based Team Takeover in Nike’s EYBL league.

When recently asked on Twitter by a Syracuse basketball fan when he’s planning to take an official visit to the Orange campus, Freeman responded, “Near future stay tuned.”

Obviously, that’s highly encouraging news, as Freeman is a consensus top-35 national prospect in the 2024 class and has long-term pro potential, experts say.
...

Cole Swider cooled off slightly in his NBA summer league run with the Los Angeles Lakers on Tuesday.

Swider had averaged 14.5 points and made eight out of 13 shots from 3-point range in his first two games with the Lakers in the California Summer League in San Francisco.

On Tuesday, Swider managed just five points in the Lakers’ 87-75 loss to the Sacramento Kings at the Chase Center. The 6-foot-9 forward out of Syracuse made just one of his four field goal attempts, but his one make was a 3-pointer. He took just two shots from beyond the arc.

That leaves Swider at 11-for-15 from 3-point range with the Lakers’ summer league squad. The Lakers will now move on to Las Vegas for the NBA’s league-wide summer league, which runs from July 7 to the 17.

Swider and the Lakers will take the court in Las Vegas on Friday against the Phoenix Suns. Game time is at 10 p.m. The game will be televised on ESPN2.
...

Syracuse Star Buddy Boeheim Gets a Shot With an NBA Team (sportscasting.com; Crean)

Most college basketball fans know Buddy Boeheim as the son of legendary Syracuse basketball coach Jim Boeheim. But the 6-foot-6 guard was an excellent player in his own right. And although he wasn’t drafted in the 2022 NBA Draft, the Detroit Pistons are giving the sharpshooter a chance to make it in the NBA. 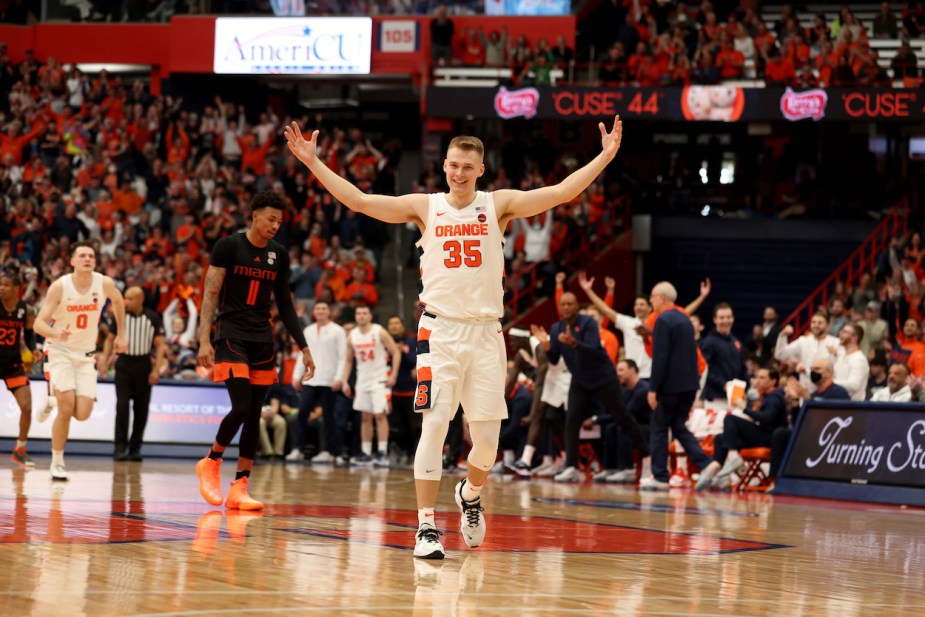 im Boeheim is Syracuse University basketball. The upstate New York native played ball at Syracuse, then became an assistant coach for the Orange, and has led the basketball program as the head coach since 1976.

His 998 wins with the Orange is second only to Mike Krzyzewski’s 1,202. Jim’s five Final Fours are tied for eighth all-time, and, in 2003, he won a national championship with the help of freshman star Carmelo Anthony.
In 2018, Jim’s youngest son, Buddy, joined his team. After averaging just 17.1 minutes per game as a freshman, Buddy became a star for his father’s squad. In his senior season, the Syracuse native led the ACC in scoring, averaging 19.2 points per game. He also shot 41.0% from 3-point range in his career.
... 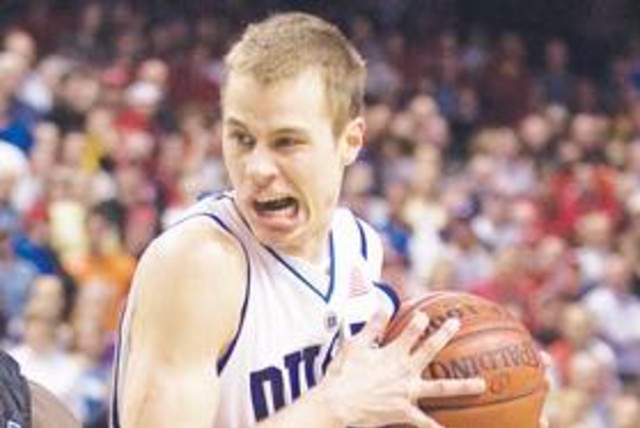 We’ve said before that it’s useful to look at Web sites that follow other schools and in this case, Syracuse folks have a tip and a sense of how this one is going.

Over at InsideTheLoudHouse.com, Neil Adler points out that two predictions are in at the Crystal Ball, one with high confidence, that JP Estrella will choose Duke.

It’s still too early to be really sure but the whole point of the Crystal Ball is kind of what we’re talking about here - getting multiple sources and kind of assuming those people know what they’re talking about and forming a rough consensus.

In Adler’s column, he points out that Duke and Kansas have taken a big interest in Estrella lately as his recruitment has blown up.

We don’t mean any offense to our Syracuse friends, but it’s a little revealing, and a little bit sad, that they get dispirited when schools like Duke, Kansas, Kentucky or UNC get involved on a recruit they’ve been after.
... 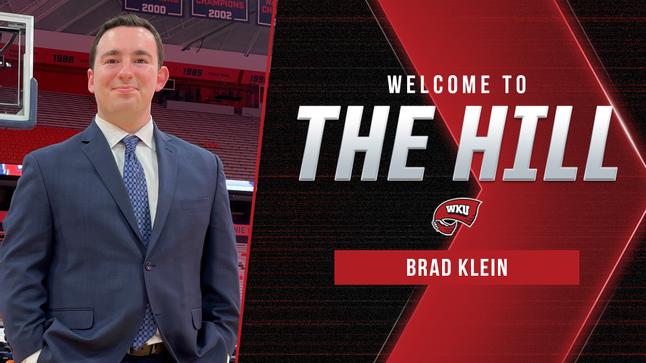 Following a nationwide search for the next voice of WKU women's basketball and volleyball, Hilltopper Sports Properties General Manager Chris Freeman has announced that Brad Klein will fill the position beginning in the 2022-23 season.

"We are thrilled to have Brad join the Hilltopper Sports Radio Network Team, he brings a lot of versatility to the role coming from Syracuse," said Freeman. "Brad will bring passion to the role that will help continue to highlight women's sports at WKU."

Syracuse is in a sticky situation, similarly to the rest of the nation outside the SEC and the BIG 10. Matt Bonaparte and Brad Klein determine what Athletic Director John Wildhack's next move should be. Do the Orange need a new conference? Or, will the ACC hold up?

Steve and Paulie start the show assessing Syracuse's chances at surviving another conference realignment. Then, a caller suggests that the program should focus on moving back to the roots of college athletics as the rest of the country sprints forward. Later, Paulie debates Steve on something that caught his eye from Monday's Nathan's Hot Dog Eating Contest.

‎ESPN Syracuse: On The Block On Demand 7-5 on Apple Podcasts (ESPN; radio; Axe)

Brent continues to discuss the latest scenarios with conference realignment and where Syracuse could potentially be left when the dust settles.

Upstate New York does music, beer and wine pretty darn well, and this week we’ve got all three. Lynyrd Skynyrd and Phil Lesh of The Grateful Dead will both perform this weekend, and there’s the Finger Lakes Wine Festival and Heritage Hill Brewhouse’s new Brite Vibes festival for beer and cider-lovers. It’s opening weekend for CNY Playhouse’s Jesus Christ Superstar, for the theater-lovers among us, and a monster truck battle at the NYS Fairgrounds. There’s also a gemstone show, a bike ride along the Erie Canal and more. Happy exploring!

Rock band Lynyrd Skynyrd will play at St. Joseph’s Health Amphitheater at Lakeview on Saturday as part of their Big Wheels Keep on Turnin’ tour. The band started in Jacksonville, Florida in 1964 as My Backyard before landing on the name Lynyrd Skynyrd five years later and gaining fame with chart-toppers like “Free Bird,” “Gimme Three Steps” and “Sweet Home Alabama.” Tickets for the Saturday show are $47 after fees and up and can be purchased through asmsyracuse.com.