Mac and cheese, more formally known as macaroni and cheese, is one of the most beloved comfort foods. As is apparent from its name, it is made with macaroni—usually of the elbow-shaped variety—as well as with melted cheese. Other types of pasta can be used, and other ingredients are commonly added with the cheese. It can be made from scratch or out of a box, the latter variety being the first meal that many learn how to make.

Etruscans, Romans, Chinese, and Koreans may have all had a hand in the invention of mac and cheese. It likely was being eaten by the Early Middle Ages, although the first recipes didn't appear until centuries later. The first recipe may have appeared in an Italian cookbook titled Liber de Coquina (Book of Cooking) in the thirteenth century. The recipe, titled de lasanis, consisted of sheet pasta that was cut into two-inch squares, cooked in water, and tossed with grated cheese, which most likely was Parmesan. Mac and cheese gained popularity around Europe at this time. A mac and cheese recipe dating from 1769 that appeared in The Experienced English Housekeeper by Elizabeth Raffald is sometimes seen as being the first modern mac and cheese recipe. 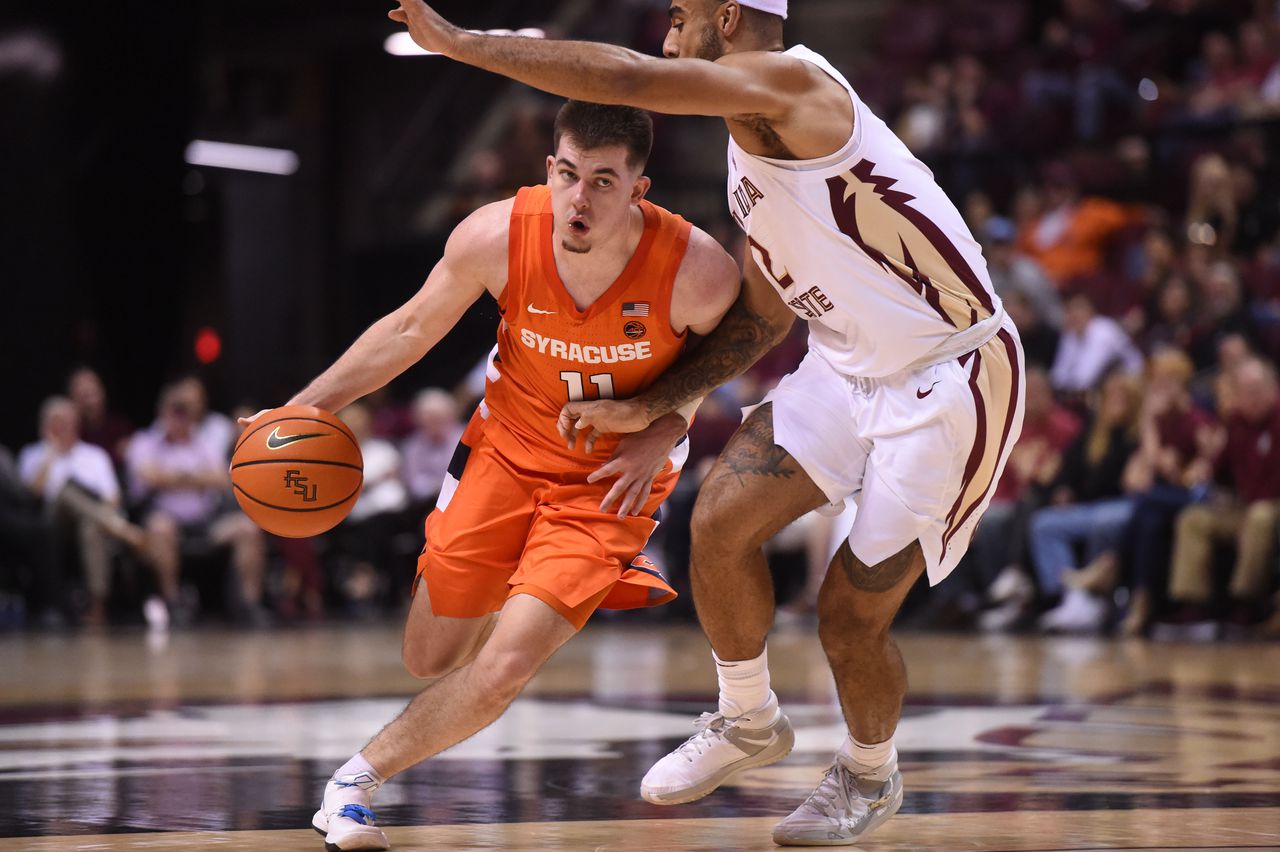 Why is SU recruiting guards with so many on its roster? (Mike’s Mailbox) (PS; $; Waters)

But that’s never been truer than it is these days.

Coaches used to be able to bring in a recruit and think they had stabilized a position for four years. Then that was shortened for the most elite players who would only spend a year or two in college.

Now, though, that’s shortened to barely a year. A coach recruits a player and is immediately having to prepare for his departure.

That’s where we start in this week’s Mailbox. From there we go to conference realignment, Syracuse’s regular ACC opponents, and, finally, beer.

Q: All of a sudden, Syracuse seems to have an abundance of guards yet continues to recruit that position. Your thoughts?

Meanwhile, the SU coaches have extended scholarship offers to several guards in the 2023 recruiting class. Those that I’ve confirmed Syracuse has interest in would be Reid Ducharme, a 6-6 shooting guard at Brewster Academy, Elmarko Jackson, a 6-3 combo guard at South Kent Prep, and Elijah Gertrude, a 6-3 combo guard at St. Thomas More.

I don’t think Syracuse’s pursuit of these guards is all that unusual.

Girard and Torrence will both be seniors next year. There is the possibility they could come back for a fifth year, but that decision probably isn’t made until after the 2022-23 season ends.
...

Cornell’s Matt Morgan will play for Boeheim’s Army in TBT. His dad isn’t too happy about it. (PS; $; Ditota)

Matt Morgan has agreed to play this summer for The Basketball Tournament’s defending champion Boeheim’s Army.

His dad did not exactly endorse the decision.

Lamont Morgan, you see, played for Georgetown from 1990-94. For a couple seasons, he teamed with Alonzo Mourning and Dikembe Mutombo.

So when Matt Morgan, Cornell’s all-time leading scorer, announced he would be playing for Boeheim’s Army, Lamont Morgan expressed what any former Hoya would express about any Syracuse-centric squad.

“My dad’s not too happy about it,” Morgan said Wednesday afternoon, after he finished a workout back home in North Carolina. “He’s going to support either way, but I’m sure if it was any other team he’d be happier.”

And make no mistake about it, Matt Morgan had options.

Morgan, who put in two years in the G League with Toronto’s Raptors 905 franchise, spent his first professional season abroad in 2021-22 playing for Konyaspor in Turkey’s second division. To say he made an impact would be understating his worth to that team.

Morgan averaged 21.6 points per game. He shot 42% from the 3-point line and 67.2% overall. He made 87% of his free throws, grabbed 4.5 rebounds and recorded 5.3 assists per game. Perhaps more importantly, he led Konyaspor to a TBL championship, his game-high 18 points and six rebounds in the deciding game over Samsun a key to victory.
...

On a Wednesday edition of Orange Nation, the guys dive into Buddy Boeheim's impressive night in the Summer League, and Jordan shares his potential conspiracy theory. Plus, Anita Marks joins the program to give her best bets ahead of the British Open.

Former Syracuse basketball recruiting target Tafara Gapare, who has proven one of the hottest high-school prospects nationwide this spring and summer, is reopening his recruitment back up after making a commitment announcement last month, according to a media report.

On3 national analyst Joe Tipton reported that the 6-foot-10 wing/power forward, who is originally from Wellington, New Zealand, has de-committed from DePaul.

In early June, the four-star Gapare released a top seven of Maryland, Illinois, DePaul, Virginia Tech and Connecticut, as well as two professional options, Overtime Elite and the National Basketball League (“NBL”), which is based in Australia. He would then go on to reveal a commitment to DePaul a few days after disclosing his seven finalists.

The Orange coaching staff had offered a scholarship to Gapare at the end of April. We’ll certainly monitor whether the ‘Cuse looks to pursue him once again now that Gapare is reopening his recruitment.
Former Syracuse basketball recruiting target Tafara Gapare, who has proven one of the hottest high-school prospects nationwide this spring and summer, is reopening his recruitment back up after making a commitment announcement last month, according to a media report.

On3 national analyst Joe Tipton reported that the 6-foot-10 wing/power forward, who is originally from Wellington, New Zealand, has de-committed from DePaul.
...

Syracuse University, in partnership with JMA Wireless, will soon install a cutting-edge, 5G private wireless network in select residence halls and academic buildings as part of a pilot program that will run for the duration of the Fall 2022 semester. The pilot program will assess technology aimed at simplifying connectivity, improving bandwidth and increasing coverage for students, faculty and staff, inside and outside the classroom. This initial pilot program will focus on a random group of students selected to participate.

The University, in partnership with JMA Wireless, will install a cutting-edge, 5G private wireless network in select residence halls and academic buildings as part of a pilot program. Photo by Marilyn Hesler, staff photographer
“Technology is among the most rapidly evolving parts of our lives—professionally, personally and recreationally,” says Eric Sedore, interim vice president and chief information officer. “As our community’s needs and expectations change, it is imperative that we align our technology to meet our students, faculty and staff where they are. My colleagues in Information Technology Services [ITS] and I are looking forward to learning from this pilot program, assessing the feedback and applying key learnings to the future of technology on our campus.”

This new technology is being leveraged at various facilities across the United States, including on college campuses and at event facilities and private companies. The pilot program will help the University determine whether its users will broadly adopt and benefit from this technology.
... 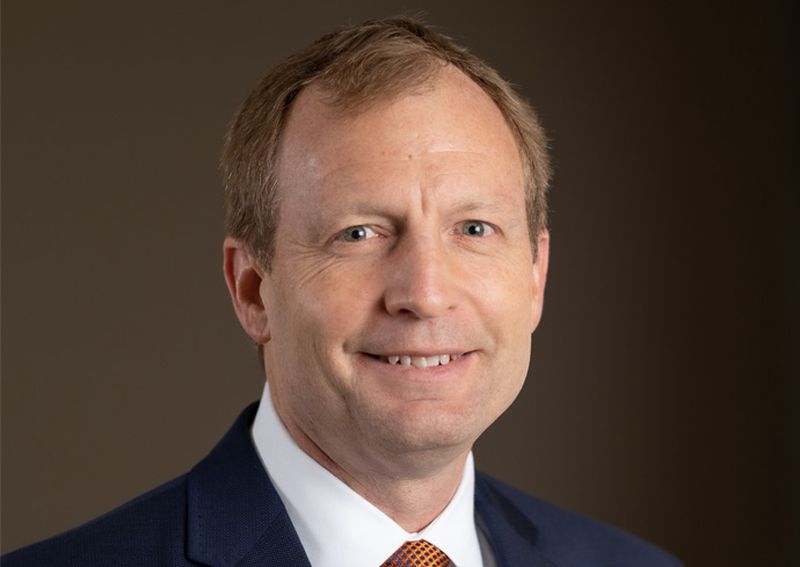 Brett Padgett, a Navy veteran, comes to Syracuse from the University of Chicago.

He replaces Amir Rahnamay-Azar, who stepped down last September. The role had been handled on an interim basis by Gwenn Judge.

Padgett comes to Syracuse from the University of Chicago, where he was the associate vice president for finance. He also spent a year at Chicago as an interim vice president and chief financial officer.

At Chicago, Padgett was tasked with developing a five-year financial forecast for the school, engaged in campus land-use and planning and managed the school’s banking relationships.

Prior to his work with the university, Padgett was an investment banker for more than two decades, working for Citigroup and JP Morgan/Banc One Capital Markets. He served in the U.S. Navy as a lieutenant in Special Operations.

“Brett is an outstanding leader with an impressive depth and breadth of experience in finance administration,” Syracuse chancellor Kent Syverud said in a statement from the school. “His deep understanding of fiscal management in higher education, his track record of success aligning resources with strategic priorities and his military service will serve Syracuse University well in fulfilling its mission and achieving ambitious goals in the coming years. I am looking forward to welcoming him to the Orange community.”
... 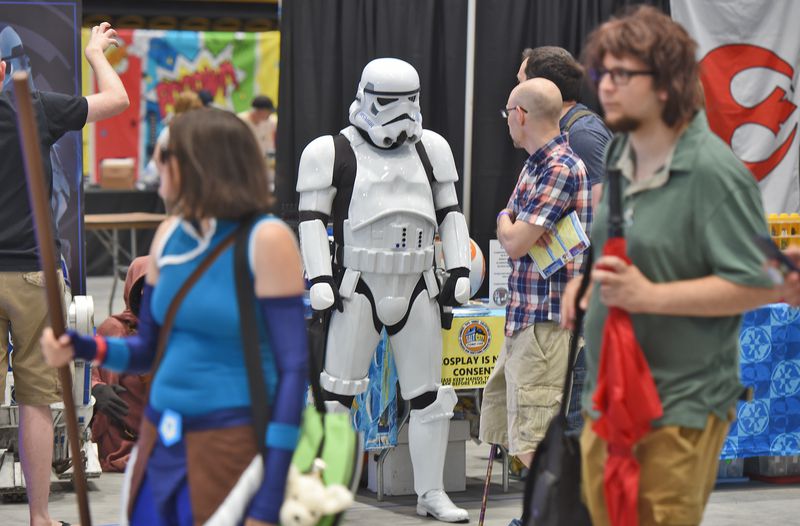 The geeks will inherit the Earth.

Three cities in Upstate New York have been named among the 100 geekiest cities in America on a new list marking “Embrace Your Geekness Day,” which is July 13. Lawn Love, a website that connects homeowners with mowing services and other lawn care providers, compared the 200 largest U.S. cities in a variety of metrics, such as number of fan events like Comic-Cons and Renaissance festivals, costume shops (for cosplayers), “geek meetup groups” (such as LARP, or Live Action Role-Playing), and the number of stores that sell comics, video games, trading cards and board games.

“Whether you’re a gamer, tech wizard, or just dream of intergalactic travels, there are many places where you can live out your geeky dreams,” the study’s authors said.

New York City was easily No. 1 on the list, thanks to a large number of meetup groups, fan conventions and stores that indulge everything superhero, “Star Wars,” Dungeons & Dragons, and related fare.

Three other cities in the Empire State made the top 100: Rochester was No. 45, followed by Buffalo at No. 62, and Syracuse at No. 86. The Salt City ranked higher for access to collectibles (65th nationwide) and communities (56th), Buffalo was 27th for collectibles, and Rochester ranked 30th for events; the latter will host Flower City Comic-Con in September, and a number of Syracuse vendors are scheduled to appear at Sci-Fi Horror Fest next month at Vernon Downs. 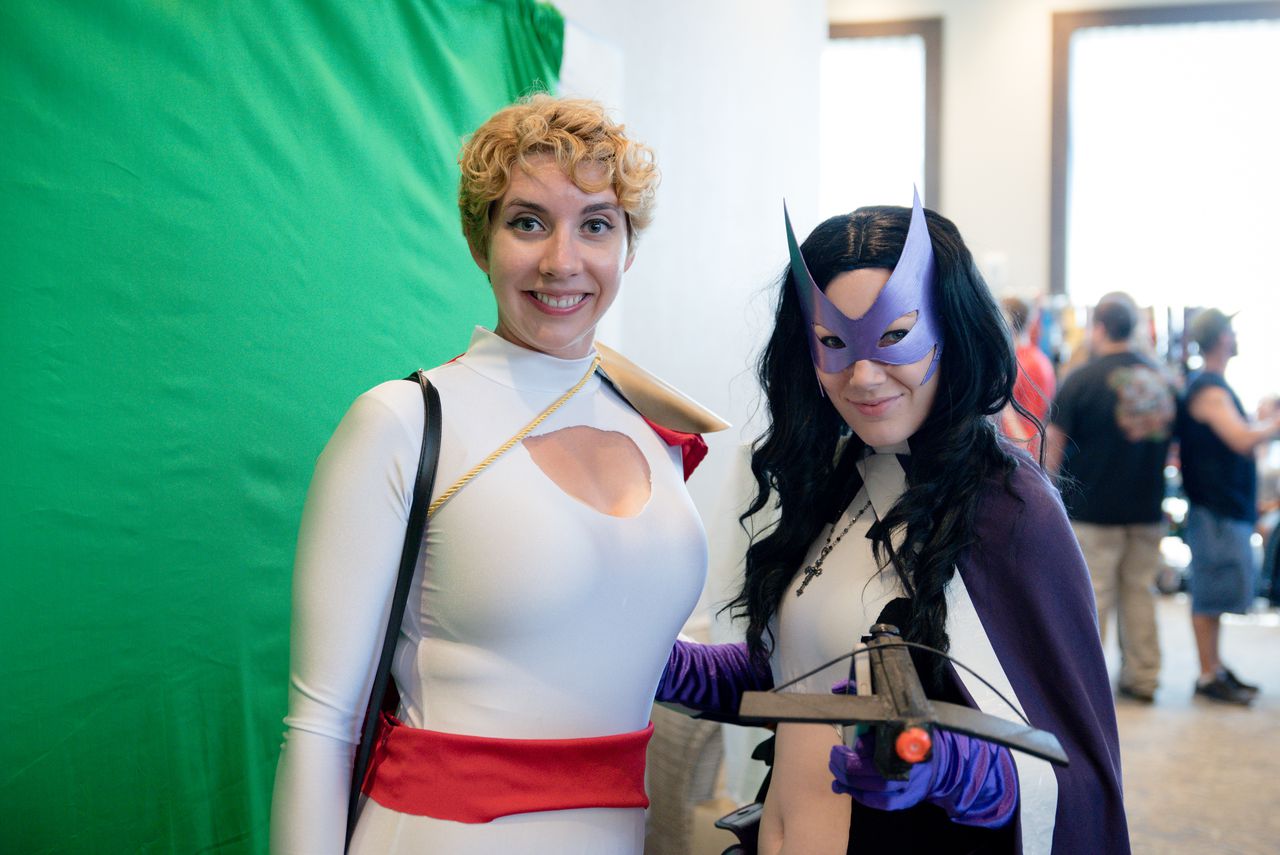 Yonkers was the only other city in New York state to make to the list, ranking 184th overall.

According to the study’s methodology, cities were given overall scores based on weighted metrics for number of meetup groups; number of stores selling comic books, board games, trading cards and video games; number of costume shops; and number of events (comic-cons, renaissance fairs and fan conventions). The publication used data from Comic-Cons.xyz, FanCons.com, Meetup, The Renlist, and Yelp.
You must log in or register to reply here.