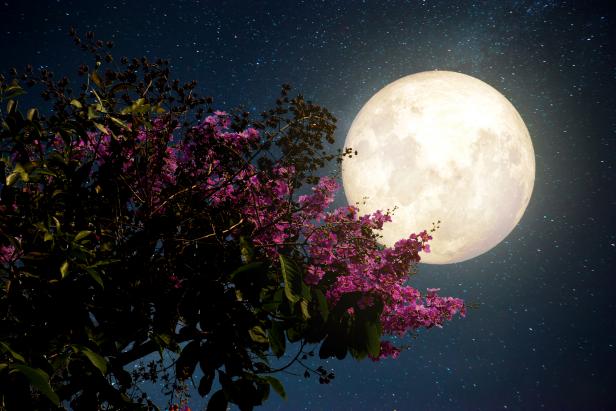 Moon Day celebrates the anniversary of the day in 1969 when humankind first walked on the Moon. The Apollo space program had begun under the Eisenhower administration, but a tightened focus on placing a man on the moon before the end of the 1960s occurred after President John F. Kennedy gave a speech before a joint session of Congress, on May 25, 1961, during which he said, "I believe this nation should commit itself to achieving the goal, before this decade is out, of landing a man on the Moon and returning him safely to Earth." This speech was given in the context of the Cold War when the United States was still behind the Soviet Union in the space race but wanted to beat them in landing a man on the Moon. 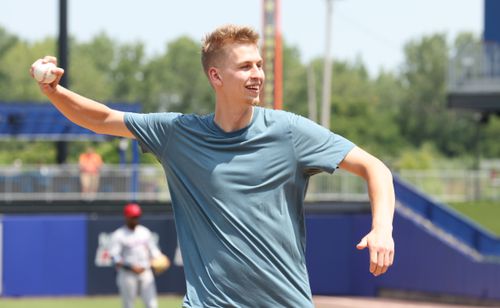 There had been rumors circulating about potential hostility, but nobody in Ukraine, he said, took those threats seriously. He arrived in Ternopil, a western Ukrainian city, in August. By November, he and his family began hearing rumblings about potential conflict in the region.

None of his teammates were concerned about it, Dolezaj said. Neither were his coaches.
“I can a little bit understand Russian, my parents can understand well. So in Ukraine there was never really talking about it,” Dolezaj, the former Syracuse basketball forward, said. “All the people were like ‘Nothing’s going to happen.’ It was kind of weird.”

Something, of course, did happen in February, when Russian forces invaded eastern Ukraine and triggered a war that has lasted five months and caused considerable death and destruction.

By then, Dolezaj was long gone. By then, he had reached his second professional basketball destination.
...

Who’s playing in Syracuse’s TBT region? Scoop and Rick, and the son of a Duke legend (PS; $; Waters)

Boeheim’s Army will begin defense of its 2021 The Basketball Tournament title on Friday.

Boeheim’s Army, which is made up largely of former Syracuse players, captured its first TBT championship in its seventh appearance in the winner-take-all summer tournament last year.

In their place, Boeheim’s Army general manager Kevin Belbey has brought in former SU players Marek Dolezaj, Rakeem Christmas, Tyler Ennis and Jimmy Boeheim, who will test the theory that the name on the front of the jersey means more than the name on the back.

Boeheim’s Army enters this year’s tournament as the No. 1 seed in the Syracuse region, which will be held at OCC’s SRC Arena. However, the last time Boeheim’s Army hosted the TBT, it suffered a second-round loss.

Boeheim’s Army will open play against No. 8 seed India Rising at 7 p.m. Friday. For those fans who couldn’t get tickets, the game will be televised on ESPN.

Friday’s winners advance to the second round on Saturday. After a day off, the regional final will be played on Monday night.

Here is a team-by-team look at the other teams in the Syracuse region:

Just as Boeheim’s Army is made up largely of former Syracuse players with a few non-Orange alumni mixed in, Blue Collar U consists mainly of Buffalo alums along with a few outsiders.

Blue Collar U made its TBT debut last year and nearly walked away with the championship. The team advanced all the way to the TBT’s semifinals before finally losing.
...

Matt Bonaparte and Owen Valentine preview Boeheim's Army's first matchup in The Basketball Tournament opposing India Rising. The guys also give you a look at the rest of the region.

Based on recent media reports and interviews given by 2023 four-star shooting guard Reid Ducharme, it seems that Syracuse basketball is among three suitors presently recruiting him the hardest.

That trio of contenders for the 6-foot-6 Ducharme, who is a top-100 national prospect according to several recruiting services, includes the Orange, Penn State and Xavier.

Ducharme, a rising senior at the powerhouse Brewster Academy in Wolfeboro, N.H., recently took official visits to all three of those schools.

Syracuse basketball coaches have appeared to prioritize Ducharme in the 2023 cycle for quite some time now, perhaps dating back to when the ‘Cuse offered a scholarship to him last August at the team’s annual Elite Camp.

Ducharme always speaks highly of the Orange program in interviews, and he has a strong relationship with the ‘Cuse coaching staff, particularly assistant coach Gerry McNamara.

However, one of his other suitors is starting to get some analyst buzz in Ducharme’s recruitment.

On July 18, On3 national analyst Jamie Shaw logged a prediction in the direction of Big East Conference member Xavier for Ducharme. Shaw, who is one of the best in the business from my perspective, gave his projection a 75-percent confidence level.

Now, I’ve yet to see any predictions from national analysts or other recruiting insiders on the 247Sports Web site or https://n./content/prospects/2023/reid-ducharme-277391. So I wouldn’t suggest here that Ducharme picking Xavier is a 100 percent guarantee.

We all know how the recruiting processes of top-flight prospects can ebb and flow. And one prediction worries me less than, say, three, four, five or six projections all to the same collegiate destination.
...

Which Syracuse team has the best chance for an ACC title in 22-23? (TNIAAM; Wall)

If you watched any of the Syracuse Orange takeover on the ACC Network last weekend, you were reminded that it wasn’t the best of times in 2021-22. Now this is where we point out that women’s ice hockey won their 2nd CHA title and men’s rowing had an excellent season in a sport that doesn’t have an ACC Championship so it’s not as though Syracuse was truly shut out last year. However as we turn the page to the 22-23 athletic year does Syracuse have a team that will bring an ACC title home? Let’s take an early look by sport:

Men’s Basketball: The Orange aren’t winning a regular-season title but maybe a young team will mesh in March. Syracuse has struggled in the ACC Tournament but at some point they have to go on a run right?

Women’s Basketball: There is definitely excitement over the reboot of the Orange women under Felisha Legette-Jack. Can Syracuse make a quick climb to the top of the league? Probably not this year but they might be closer to a title than the men.

Cross-Country: NC State’s women should continue to dominate the conference as Syracuse looks to reload at the top of their squad. On the men’s side, Notre Dame will have a new coach and both UNC and Virginia have invested a lot in their programs. The Orange men will be in a tough battle to add another ACC trophy.

Field Hockey: Last year the Orange were a bit up and down. They trounced UNC during the regular season but failed to hold homefield in the ACC Tournament.

Indoor Track and Field: Syracuse doesn’t have the overall rosters to compete for a title in track. We’ll see if any individuals can claim top honors in their event.

Men’s Lacrosse: Can a heralded new class restore Syracuse to glory? It’s probably unrealistic to expect the Orange to be strong enough to win the ACC-especially as questions remain at the face-off position.

Women’s Lacrosse: Right now this is the group that has the best chance on paper. The Orange return a lot of talent while both UNC and BC will have to replace their key players. With a year experience will Kayla Treanor be able to iron out issues which plagued Syracuse in 2022?

Women’s Rowing: The Orange are a strong program but Virginia has won 12 titles in a row and they don’t seem ready to step back.

Men’s Soccer: How will Syracuse replace the offense lost from last year’s squad? Ian McIntyre has a lot of new players coming so we’ll if those newcomers can turn the close losses to wins.

Women’s Soccer: The Orange have struggled here since joining the ACC. Expectations need to focus on getting closer to .500 than winning it all.

Softball: Last season saw Syracuse knock off one ranked opponent but until the Orange get a truly dominant pitcher it’s going to be tough for them to win a title.

Tennis: An up and down season for a team led by young players. Syracuse looks to be strong at the first two spots but they need more depth to win a conference title.

Volleyball: When a fall sport hires a new head coach during the summer it means that the first season could be rough. We have to see what the roster looks like next month but Syracuse will have a tough climb ahead.
...


When new students arrive on campus for move-in day, Syracuse University rolls out the welcome mat with a major dose of Orange tradition. For more than 75 years, the Goon Squad has greeted first-year students with a warm smile, helping them settle into college life. Whether they’re lending a hand carrying everything from boxes to bedding, giving tips on where to eat, or chatting it up with nervous parents, these 400 student volunteers aim to make newcomers feel at ease. Their infectious, positive energy creates a lasting memory for generations of students in the Orange family.

GREENSBORO, N.C. (theACC.com) – The Atlantic Coast Conference and its Board of Directors announced the 2022-23 conference leadership structure today, which includes three female chairs for the first time in league history.
Duke University President Vincent E. Price will serve the second of his two-year term as the league’s Chair of the Board of Directors and will be joined by University of Virginia President James E. Ryan as the Vice-Chair. ACC Commissioner Jim Phillips serves as the Conference's Chief Executive Officer.
The Conference’s Executive Committee will include Price, Ryan, Clemson University President James Clements, University of North Carolina Chancellor Kevin Guskiewicz, Virginia Tech President Tim Sands and Wake Forest President Susan Wente. The remaining Board of Directors’ members are represented on other key committees such as Finance, Audit and Autonomy and will rotate onto the Executive Committee as terms expire.
...

Parada went two picks later to the New York Mets at No. 11 overall. Parada became the 12th Yellow Jacket drafted in the opening round and the ninth under the watch of current head coach Danny Hall.
... 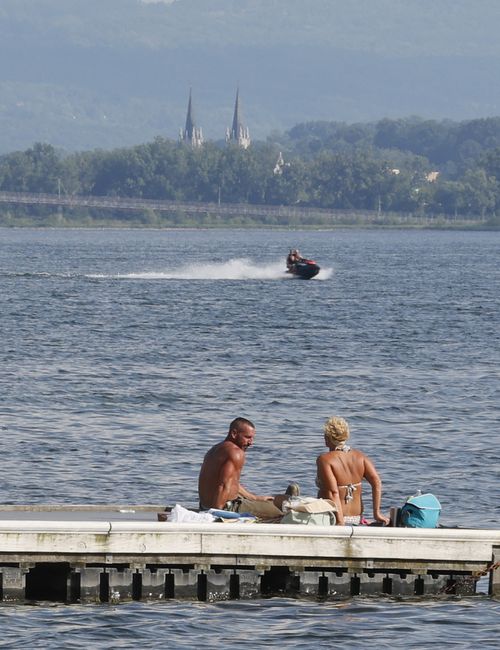 Some Upstate New York cities could break heat records today as a surge of warm, humid air continues to roll in.

Syracuse’s hottest day of the summer so far was July 11, with a high of 93.

With stifling humidity, it will feel closer to 100 degrees. The weather service has issued heat advisories for Upstate, cautioning people to avoid being in the sun too long today.

“Hot temperatures and high humidity may cause heat illnesses to occur,” the weather service said.

The heat and humidity could generate thunderstorms tonight and early Thursday.

Hot weather is in store for the next several days, with high temperatures staying in the upper 80s and lower 90s through Sunday. Overnight lows will hover in the upper 60s, making it hard to cool houses at night.

Libraries, senior citizens centers and other locations have been deemed cooling centers open to the public. The state Department of Health lists cooling centers on its website. Just type in your address to find centers near you.
...