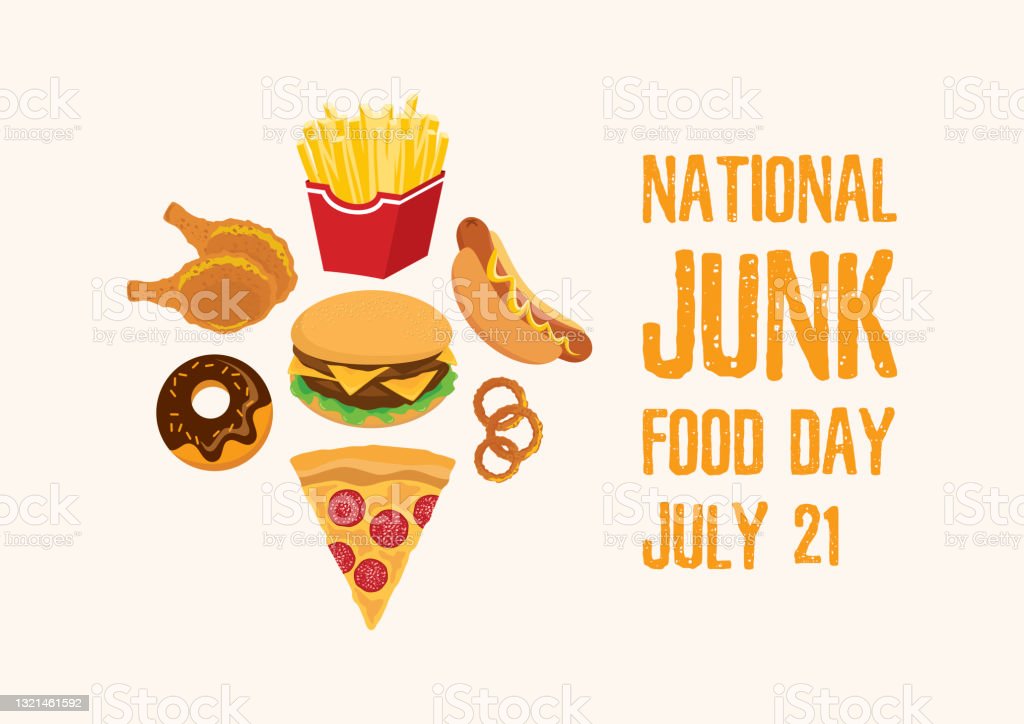 
Junk Food Day is devoted to junk food, which is food mostly devoid of nutritional value, but instead high in fat, sugar, and salt, and often highly processed. When eaten in high amounts, junk food may impact energy levels, contribute to obesity and cardiovascular disease, and advance other health problems. It may even alter brain activity and affect emotional well-being.

The word "junk food" is usually thought to date back to the early 1950s, although some have credited Michael F. Jacobson of the Center for Science in Public Interest as coining the term in 1972. Junk food has since become a part of American culture, although there has been much effort to curtail its growth over the years.

The non-conference schedule for the Syracuse’s men’s basketball team is now complete.

Syracuse officials announced that the Orange would host Northeastern at the JMA Wireless Dome on Saturday, Nov. 19. That game fills in the last remaining opening on Syracuse’s non-conference schedule for the 2022-23 season.

Northeastern is a familiar opponent for the Orange. Syracuse has scheduled the Huskies frequently in recent years. The most recent meeting was a 62-56 Syracuse win in the 2020-21 season. Syracuse is 8-0 all-time against the Huskies.

Northeastern coach Bill Coen is a Hamilton College alum. He is 260-246 in 16 seasons at Northeastern. The Huskies went 9-22 last season.

Here is the rest of SU’s non-conference schedule:

Boeheim’s Army, a talented collection of former Syracuse basketball players and other stars, begins the defense of its 2021 The Basketball Tournament (“TBT”) title this Friday night in Central New York.

We recently took a look at the Boeheim’s Army roster for the 2022 TBT, as the team will seek to replicate last summer’s glorious run by repeating as champions and hauling in another $1 million payday.

However, that stellar-looking Boeheim’s Army line-up has gotten even deeper in recent days, as it was revealed that the squad has added forward Jimmy Boeheim and guard Matt Morgan.

Jimmy Boeheim is SIGNED! He averaged 13.7 PPG and shot 38% from 3 this past season for Syracuse in his senior season. Welcome our newest addition! pic.twitter.com/DDHyibU53Q
— Boeheim's Army (@BoeheimsArmy) July 18, 2022
Expand...

It’s only fitting that a Boeheim brother is on the roster, since the team is named for Jimmy and Buddy Boeheim’s father, long-time Orange head coach Jim Boeheim.

During the 2021-22 stanza, Jimmy Boeheim transferred to the Hill from Cornell and put forth a solid season, averaging nearly 14 points per contest. Morgan, meanwhile, also previously suited up for Cornell, and he proved a prolific scorer in his collegiate tenure with the Big Red.

Former Syracuse basketball stand-outs and others are ready to roll with Boeheim’s Army.

ESPN will provide television coverage. Boeheim’s Army is the No. 1 seed in the Syracuse region, with games taking place at the SRC Arena. I have no doubt that we will witness a sea of Orange this Friday evening.

Should Boeheim’s Army reach the round of 32, it will then suit up on Saturday, July 23, at 2 pm. ESPN will again provide TV coverage.
... Players to watch in the Syracuse TBT Regional (TNIAAM; Wall)

With the Syracuse TBT Regional a couple of days away we thought it might help to point out one player from each team that Syracuse Orange fans might want to keep an eye on over the weekend. You already are familar with Boeheim’s Army but here’s someone from the other seven teams playing at OCC that you might remember as these teams compete to advance to Dayton to play for the $1 million prize.

The former Buffalo shooting guard was MAC Player of the Year in 2019 and shot almost 40% from 3 in his career. He’s the kind of player who can get on a run in this format and combined with Nick Perkins he gives the Blue Collar squad a good inside-out duo.

Perkins was the starting point guard for Gonzaga for four seasons. He was an All-WCC selection in 2019 when he led the league in steals and was second in assists.

It was tempting to go with Prentiss Hubb who had his battles with Joe Girard but Atkinson scored 20 points and had 17 rebounds against the Orange last season while at Notre Dame. How will he fare against Rakeem Christmas if these teams face one another?

The former All-A10 shooting guard averaged 14.2 points and 5.9 rebounds per game in two seasons for St. Bonaventure. He had a 36 and 10 game against Dayton in college so he’s a player you don’t want to see get going in a single-elimination tournament.

The former Orange point guard joins up with Rick Jackson to play for their high school alma mater. You know that Scoop and Rick want to put on a show for the Syracuse crowd and while he drove fans crazy with some of his decision-making, we all know that watching Scoop was never dull.
... 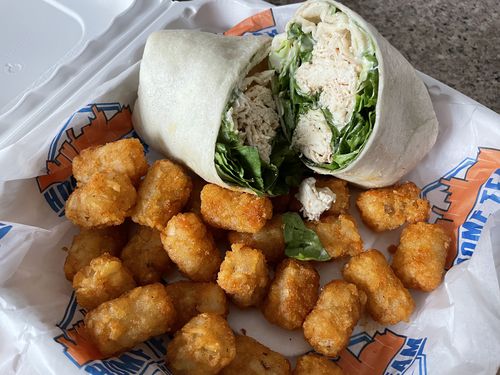 The Home Team Pub in Liverpool is an ideal spot to gather to watch a Syracuse University game or simply meet a friend for lunch. This jumbo-sized restaurant on Oswego Road was a couple different Irish pubs over the years before becoming a giant sports bar.

A lot has changed since it was Meghan McMurphy’s and Dublin’s. The tall dark booths have been replaced with murals of Liverpool High School and Syracuse sports. A shiny new bar top and modern tables now fills the space, and there’s more seating outside.

A friend and I met for lunch shortly after opening on a recent Friday, so the place was still quiet. Our waitress, whom we knew from another Liverpool restaurant, greeted us at the door and sat us immediately.

We were so intrigued by the wing sauce and dry rub selection that we went with an order of boneless wings (10 for $13), five with Buffalo garlic parm, and the other half with citrus chipotle barbecue.
...