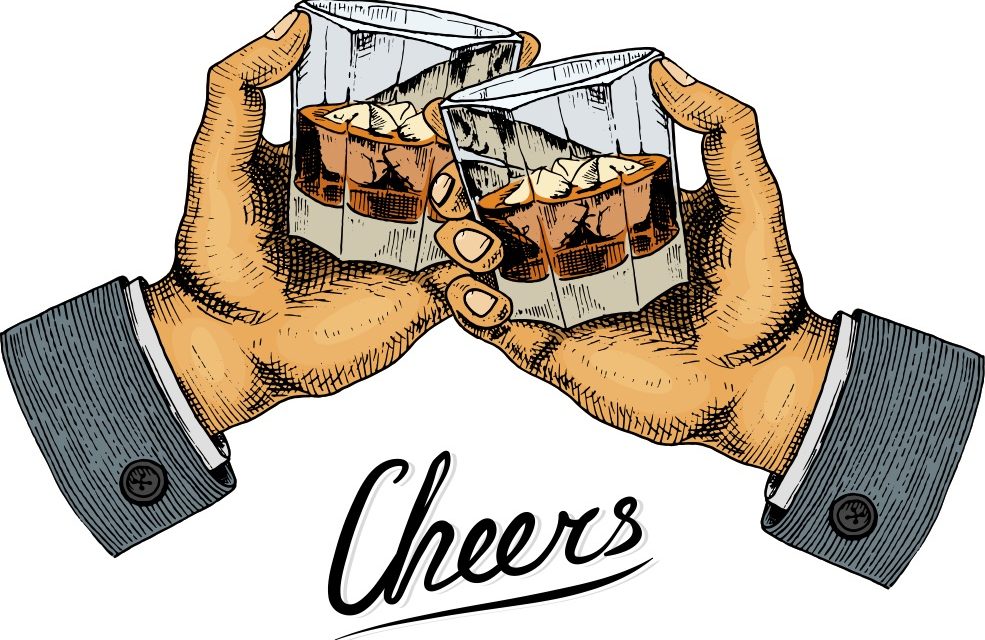 Observed each year on July 27, National Scotch Day celebrates the iconic whisky. In order to be considered scotch, this classy and distinctive spirit must be made in Scotland. It must be fermented from malted barley, aged in oak barrels for at least three years and have an ABV or alcohol content of less than 94.8%. While most scotch is made with barley, water and yeast; other grains can be included. All fermentation additives are excluded, per law. There are five distinct classifications of Scotch whisky including single malt scotch, single grain scotch, blended malt scotch, blended grain scotch and blended scotch. Scotch is often identified by the region where it was produced and each region has its own characteristics that influence taste. Despite scotch being made in Scotland, you can enjoy the spirit anywhere. Kilt not required.

In mid-July, we noted in a column that three predictions have been made in Duke’s direction on the 247Sports Web site regarding the recruitment of 2023 four-star big man Joseph Estrella, who holds a Syracuse basketball scholarship offer.

What does this mean? Well, that remains to be seen. As we’ve discussed on many occasions, these sorts of prognostications by national analysts and other recruiting insiders can ebb and flow, much like the recruitment of a top-flight prospect such as the fast-rising Estrella.
...

"Yes, I'll be there," James Moore said. "I'm sure I"ll hear more once I go to camp but I know they're interested."

Elijah Moore is a 6-4 guard who was offered by Syracuse in April. He also holds offers from Xavier, Seton Hall and Mississippi State.

"When my coach from WizKids (AAU) got the word, he told me after we finished practicing," Elijah Moore said after receiving the offer. "Definitely was really excited to hear. Since a little kid, Cuse has always been a place I liked."

James Moore is a 6-9 forward who does not have an offer from the Orange yet. A strong camp performance could change that, however. He currently holds offers from Pittsburgh, Penn State, TCU, Creighton and others.
...

Mike Waters of Syracuse.com returns to the show to give his thoughts on the Elam Ending and takeaways from the Boeheim’s Army team’s scrimmage with SU Men’s Basketball. 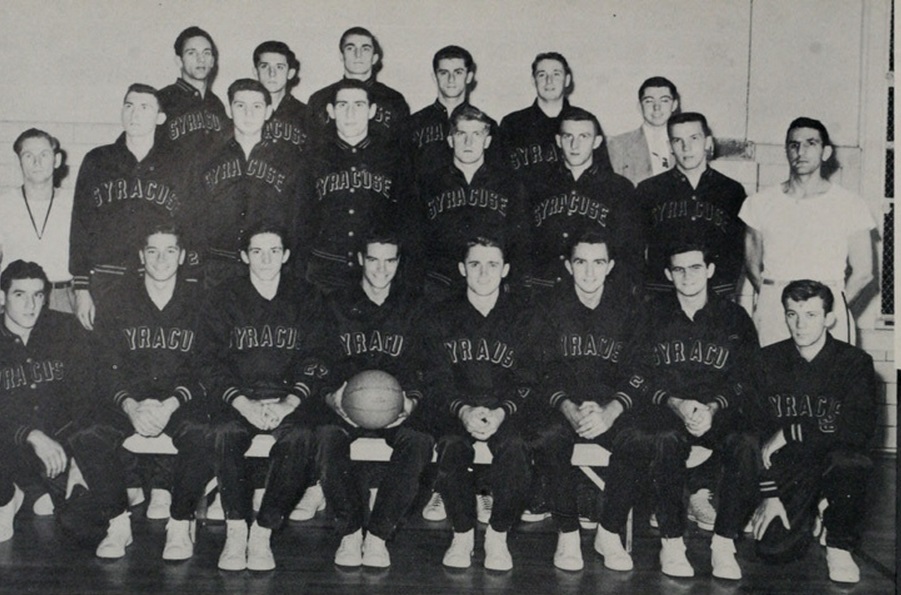 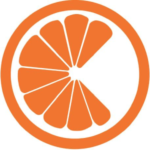 Item: Last month, we wrote about the history of Syracuse football TV broadcasts dating back to the 1950s. This week we take a look at SU basketball and the program’s televised history, which like football, was a completely different culture from the 1950s through the 1970s. In fact, the season in which Syracuse went to
its first Final Four in 1975, the only televised games were in the NCAA Tournament. Once the advent of cable and satellite television came about in the 1970s-80s, followed by individual conference networks and now direct-to-consumer streaming, today’s options mean virtually every ‘Cuse hoop game, including pre-season exhibitions, are presented live on some channel somewhere.

College basketball’s televised history dates back to the post-World War II era (there was a doubleheader at Madison Square Garden televised experimentally in 1940). In 1949-50, CBS began scheduling six college hoop games which featured Navy as the home team, followed by the NIT shown in a couple of select markets on ABC.

Regular season games in the 1950s were contracted directly between the network and home universities, before the days of NCAA intervention, and were basically limited to one game (sometimes two games) per week.

Conference regional network coverage, including the ACC’s, would commence in 1958. The NIT was the early tournament of choice to be televised by the networks over the NCAA Tournament, until both were broadcast sporadically on a year-to-year basis beginning in 1954. The NCAA Tournament would not be televised nationally until 1963.

Syracuse basketball made its televised debut on January 6, 1951 facing St. John’s at Madison Square Garden, dropping a 63-53 decision against the 11th ranked Redmen. The announcers on the long defunct DuMont Network were Curt Gowdy and Don Dunphy.

The 9:45 p.m. ET tipoff was a forebear of late starting times for TV doubleheaders featuring Syracuse in the second game at the Garden, as last season’s Jimmy V Classic matchup versus Villanova at MSG didn’t begin until 10:00 p.m. ET.

The first Orangemen game to be televised on campus occurred December 19, 1953 against Yale at Archbold Gym, an 81-67 victory in the fifth game of the season. Syracuse native, team captain, and leading scorer Mel Besdin netted 26 points in front of an ABC audience on a Saturday afternoon (2:30 p.m. ET) broadcast.

Later that season (February 6, 1954), Syracuse’s game at Army was also shown on ABC with Bob Finnegan serving as the play-by-play broadcaster. SU dropped the game 77-71 on route to finishing 10-9.

Syracuse’s first post-season game to be televised was an 82-76 opening round defeat to Michigan in the 1971 NIT at Madison Square Garden on CBS, with Don Criqui and Pat Summerall the announcers. Back then, CBS broadcast one opening round game, then the NIT championship the following weekend, competing with NBC who had acquired the NCAA Tournament rights in 1969.

The first time the Orange played a televised game in the NCAA Tournament was 1973. SU’s first-round win (83-82) against Furman at The Palestra in Philadelphia was not broadcast by NBC or TVS, its early syndication partner, but it’s regional semifinal defeat (91-75) to Maryland in Charlotte was televised on TVS. SU would also defeat Penn (69-68) in the long defunct regional consolation game which was not televised.

The following year (1974), Syracuse’s bitter first-round NCAA overtime loss to Oral Roberts in Denton, Tex. was televised on TVS with announcers Steve Zabriskie and Frank Hudson on the call, that defeat was a prelude to the out of-nowhere glorious Final Four run the next season.

Syracuse’s tense 1975 NCAA first-round overtime win (87-83) over LaSalle at The Palestra was not televised, but its dramatic 78-76 win over North Carolina in the regional semifinals at Providence was shown on TVS with Marv Albert and Bucky Waters calling the huge upset.

The also dramatic regional final win (95-87 in OT) over Kansas State was on NBC with Jim Simpson and Tom Hawkins the announcers, followed by the Final Four a week later in San Diego on NBC with Curt Gowdy and Billy Packer handling the coverage of the 95-79 loss against Kentucky in the national semifinals, and for Packer it was his Final Four debut. SU’s 96-88 overtime loss to Louisville in the discontinued third-place game was not broadcast.
...

How Much of a Failure is 2022 for Boeheim’s Army? – Orange Fizz – Daily Syracuse Recruiting News & Team Coverage (orangefizz.net; Frank)

A year after winning it all, Boeheim’s Army did not even make it out of their own regional this time around. Winning a championship means you never have to say you’re sorry, and everything done to win that championship is forgiven, no matter the hardship it took to get there.

But, the sign of a true champion is being able to either fully defend, or put up a significant fight in trying to defend that championship. Losing in the second round and getting upset and beat in the fashion that Boeheim’s Army did was not that. Despite the officiating, and everything that was going against BA, this loss is a significant blemish on the resume of The Army.

The roster changes every year, so you have to factor that into the equation, but key stalwarts from last summer’s title team were back, and new, high-upside players were added to replace guys who did not return. Fan favorites like Marek Dolezaj added fresh juice, while last year’s star DJ Kennedy returned to run it back.
... 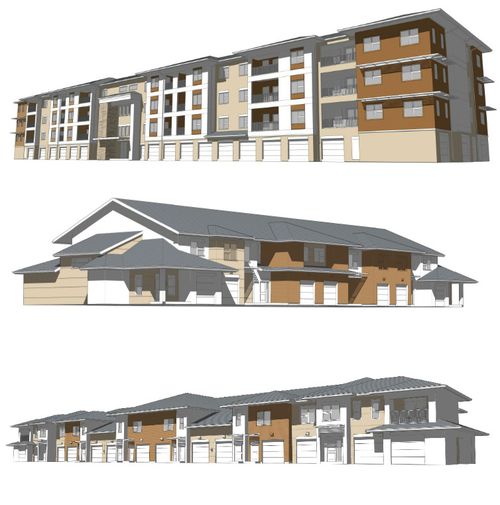 A company has proposed building 278 units of housing on land between Route 11 and Interstate 81 in Cicero. It would include apartments and townhomes. (Courtesy United Group)

A developer is proposing a $100 million housing project in the heart of Cicero that includes 278 apartments and townhomes.

Troy-based United Group of Companies wants to build the housing complex on 32 acres behind EchoPark Automotive, near Wegmans and Walmart on Brewerton Road (Route 11) in Cicero. The project’s official address is 8016 Brewerton Road.

The development, to be called Metro North, would be built in two phases, said Tim Haskins, United Groups’s director of project development. The first phase would be general housing and the second phase would be senior housing.

The first portion, to be called Apex at Metro North, would include 150 multi-family units, spread over two four-story buildings with private garages and two garden-style buildings.

Also proposed would be three townhome clusters, with each cluster having 12 to 13 townhomes.

The development would include a two-story, 8,700-square-foot clubhouse with a fitness center, sauna, yoga room and child care room. The second floor would feature an outdoor patio that overlooks a swimming pool that could be used for events and bands. There also would be a room in the clubhouse that could be used for events in the colder months.
...