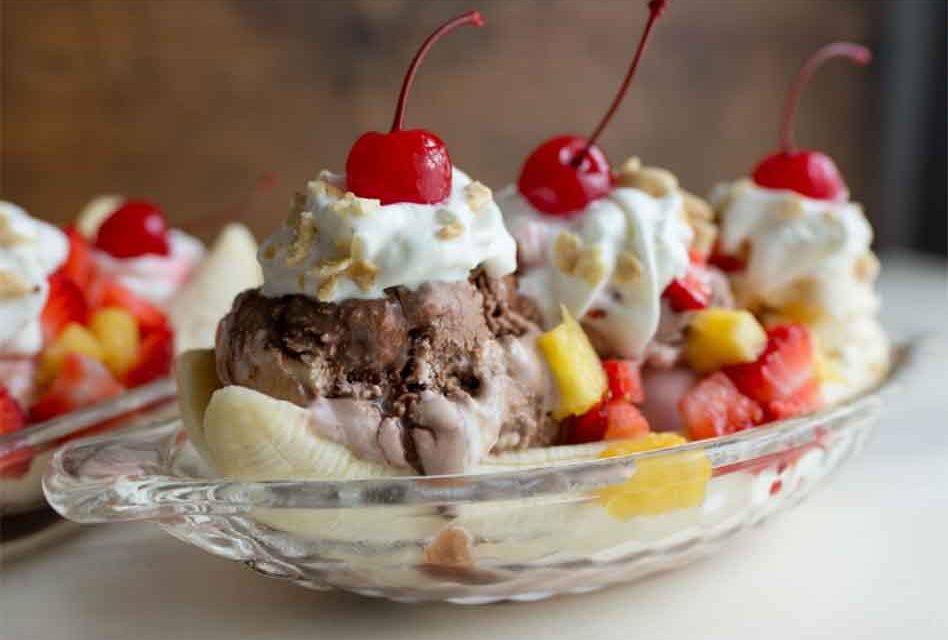 National Banana Split Day is dedicated to the popular ice cream treat. The foundation of a banana split consists of a banana cut in half lengthwise in a long dish, also known as a banana boat. Most banana splits then have three scoops of ice cream placed between the banana, one each of vanilla, chocolate, and strawberry. The vanilla is usually topped with candied pineapple, the chocolate with chocolate fudge, and the strawberry with strawberry sauce. Finally, whipped cream, crushed nuts, and a maraschino cherry top the confection. By most accounts, the banana split was invented by 23-year-old apprentice pharmacist David Strickler in Latrobe, Pennsylvania, in 1904. The price was originally 10 cents per sundae, and they became popular with students at nearby Saint Vincent College, before spreading all over the country. Strickler ended up buying the pharmacy and ran it until 1966, when he sold it. He died in 1971, but the pharmacy operated under other owners until closing down in 2000. Each year the Great Banana Split Celebration now takes place in Latrobe. In 2004, the National Ice Cream Retailers Association presented Latrobe's mayor with a certificate validating that the banana split was first created in city.

Recruitment Recap: Ducharme is one of the best shooters in the 2023 class. Throughout the recruiting cycle, he became one of the more intriguing prospects and was coveted by several high major programs. Ducharme earned offers from Connecticut, Creighton, DePaul, Iowa, Miami, Northwestern, Penn State, Providence, Stanford, Syracuse, Virginia Tech and Xavier. As the summer hit, Ducharme took three official visits in June. He visited Syracuse on the 14th, Penn State on the 20th and Xavier on the 29th.

"I was able to workout with the players," Ducharme said of his Syracuse visit. "I did that both days. I had meetings with academic advisors. I looked at the Faulk school, that was pretty interesting. They have an NIL class that they just started, so I like that. Had meetings with coach. We went to coach Boeheim's house for a barbecue with the pool and lawn games and the players. That was fun."

Following his visits to all three schools, Ducharme weighed his options over the next two months. Now he is ready to make his decision.

Syracuse basketball four-star recruit Reid Ducharme will announce his commitment on Thursday, Aug. 25, at 4 pm with 247Sports, according to a tweet from Adam Finkelstein, that recruiting service’s director of scouting.

Per Finkelstein’s tweet, his three finalists are the Orange, Xavier and Penn State. I don’t have inside information on Ducharme’s recruiting process, however, I get the sense that Xavier is the most likely team to be named when he reveals his future collegiate destination.

Following his stellar performances in recent months on the AAU circuit, Ducharme has seen his 2023 national rankings skyrocket, per several new updates.

All this juncture, the 6-foot-6 Ducharme is a consensus four-star shooting guard/small forward as well as a top-100 national prospect in the 2023 class, according to all of these primary recruiting services.
...

In the coming days, lethal shooting guard Elijah Moore from New York City is expected to take an unofficial visit to Syracuse basketball to compete in the Orange’s annual Elite Camp, according to media reports.

The ‘Cuse coaching staff offered a scholarship to the 6-foot-4 Moore in April, and the underrated 2024 prospect is starting to see his recruitment pick up steam after Moore was stellar this spring and summer on the AAU circuit.

As we noted not too long ago, Moore did enter the 2024 national rankings via , as that recruiting service rated him as three stars and just outside the top 100.

However, to me, Moore should be four stars and reside within the top 50 of the rising-junior class. National analysts and scouts dished out high praise to Moore for his long-range shooting and all-around game while suiting up in recent months for the Bronx, N.Y.-based Wiz Kids in the Adidas league.
...

NIL: What can you do for Syracuse athletes? (TNIAAM; Wall)

As the college sports world has been turned around with Name, Image, and Likeness (NIL). Fans of the Syracuse Orange have felt that the school has been too slow to react to this change but we’ve got some recent developments that allow fans to get involved.

The “SYRACRUZ Tailgate” has partnered with Orange offensive lineman Enrique Cruz, Jr. to be the recipient of their donations and merchandise sales. Cruz and teammate Chris Elmore will receive a portion of the profits from merchandise to be sold. In addition the tailgate group will be welcoming other Syracuse athletes as guests at tailgates.

These athletes will be doing meet and greets with fans who RSVP in advance to the tailgate. They will also be selling autographs and those who cannot attend can find information at the Syracusefan.com tailgating forum. Right now the schedule of attendees looks like this: 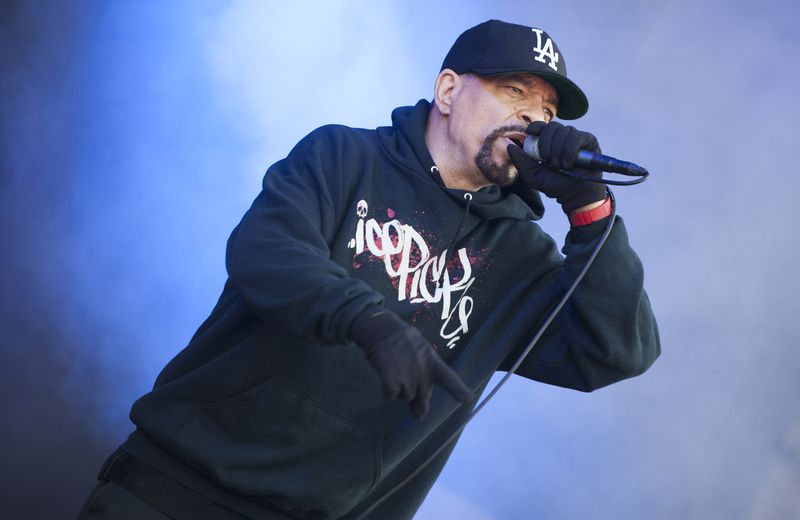 Welcome to our daily New York State Fair concert guide! We’ll be publishing a list of performers and showtimes every day of the 2022 NYS Fair on syracuse.com.


The Chevy Park stage, where this year’s bigger Fair concerts will take place, is located in the New York Experience area on the west end near Gate 10 of the fairgrounds, in the back of the Midway and past the Expo Center. Chevy Court is located near Gate 1, next to the Center of Progress Building and by the Dairy Products Building. Both have limited seating available.

No tickets are required for concerts. All NYS Fair shows are free with admission to the Fair, which is $3 this year; admission is also free for anyone 65 and older or kids under 12 every day.

The Prodigals - 1 p.m. at Chevy Court

The Prodigals are an Irish punk rock band and a fixture at Paddy Reilly’s Music Bar in New York. They have released 10 studio albums, including one earlier this year.

Nail is a Grammy-nominated country singer best known for the No. 1 hits “Let It Rain” (feat. Sarah Buxton) and “Whatever She’s Got.”

The rock band is best known for the late ‘80s hits “Rock Me” and “Once Bitten, Twice Shy.”

Ice-T is an actor on “Law & Order,” reality TV star, and director of the 2012 hip-hop documentary “Something from Nothing: The Art of Rap.” As a rapper, he’s known for hits like “Colors,” “6 in the Morning,” “O.G. Original Gangster” and the controversial 1992 track “Cop Killer” with heavy metal band Body Count.
...