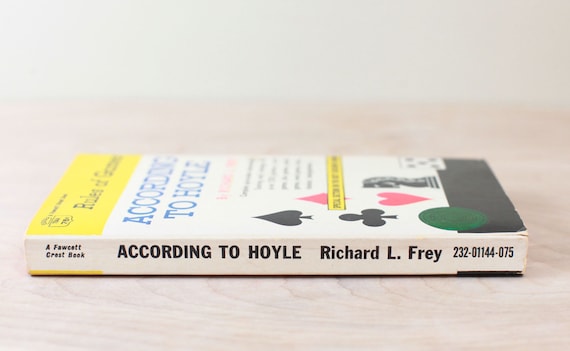 Welcome to "According to Hoyle" Day!

Edmond Hoyle was a London-dwelling lawyer who spent years giving instructions on how to play games. After he put together a book of rules on the game of whist and it was warmly received by his students, he published it as A Short Treatise on the Game of Whist in 1742. It became the definitive guide for rules to the game. The book also gave tips as to how the game could be played well. Whist is an English card game that was popular in the eighteenth and nineteenth centuries, played with two teams with two players each. A predecessor to bridge, it is based on an earlier game called ruff and honors. 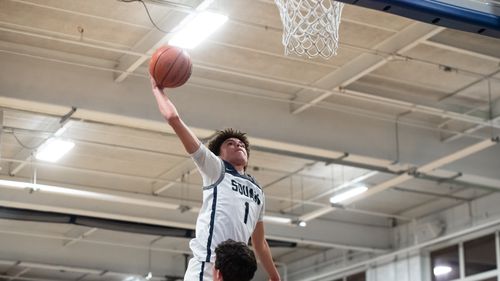 Darius Adams of Manasquan (N.J.) High School was among the recruits who attended Syracuse's Elite Camp over the weekend. Adams received a scholarship offer from the SU coaches. Adams attempted this dunk during the boys NJSIAA Central Group 3 final in Manasquan on Tuesday, March 8, 2022.John Jones | For NJ Advance Media

The Syracuse basketball coaches held their annual Elite Camp on Saturday and at least four of the high school recruits in attendance walked out of the Carmelo K. Anthony Basketball Center with a new scholarship offer in hand.

In an interesting twist, the four players who received a scholarship offer this past weekend represented the 2023, 2024 and 2025 recruiting classes. The Elite Camp generally features younger players.

The four who earned scholarships this weekend don’t include three camp invitees who had already received scholarship offers from Syracuse.

Those three were: Rob Wright, a 6-foot point guard who attends Neumann-Goretti High School in Philadelphia, Pa.; Damarius Owens, a 6-foot-7 small forward from Western Reserve Academy in Ohio; and Elijah Hughes, a 6-foot-4 guard from New York City who attends Cardinal Hayes High School. All three are in the 2024 recruiting class.

Here is a look at the four players who received their scholarship offers this weekend:

William Patterson ― The Syracuse coaches, and SU assistant Allen Griffin specifically, have been watching the 7-foot center from Brooklyn, N.Y., for a while. Patterson played well at the camp. He will be a senior at Bishop Walsh High School in Cumberland, Md., this fall. Rutgers, Oklahoma State and Texas Christian are among Patterson’s other offers.

Syracuse is also recruiting another player from Bishop Walsh. Mike Williams, a 6-3 senior guard, will take an official visit to the SU campus on Sept. 16. His other visits include DePaul, LSU, Clemson and Wake Forest. 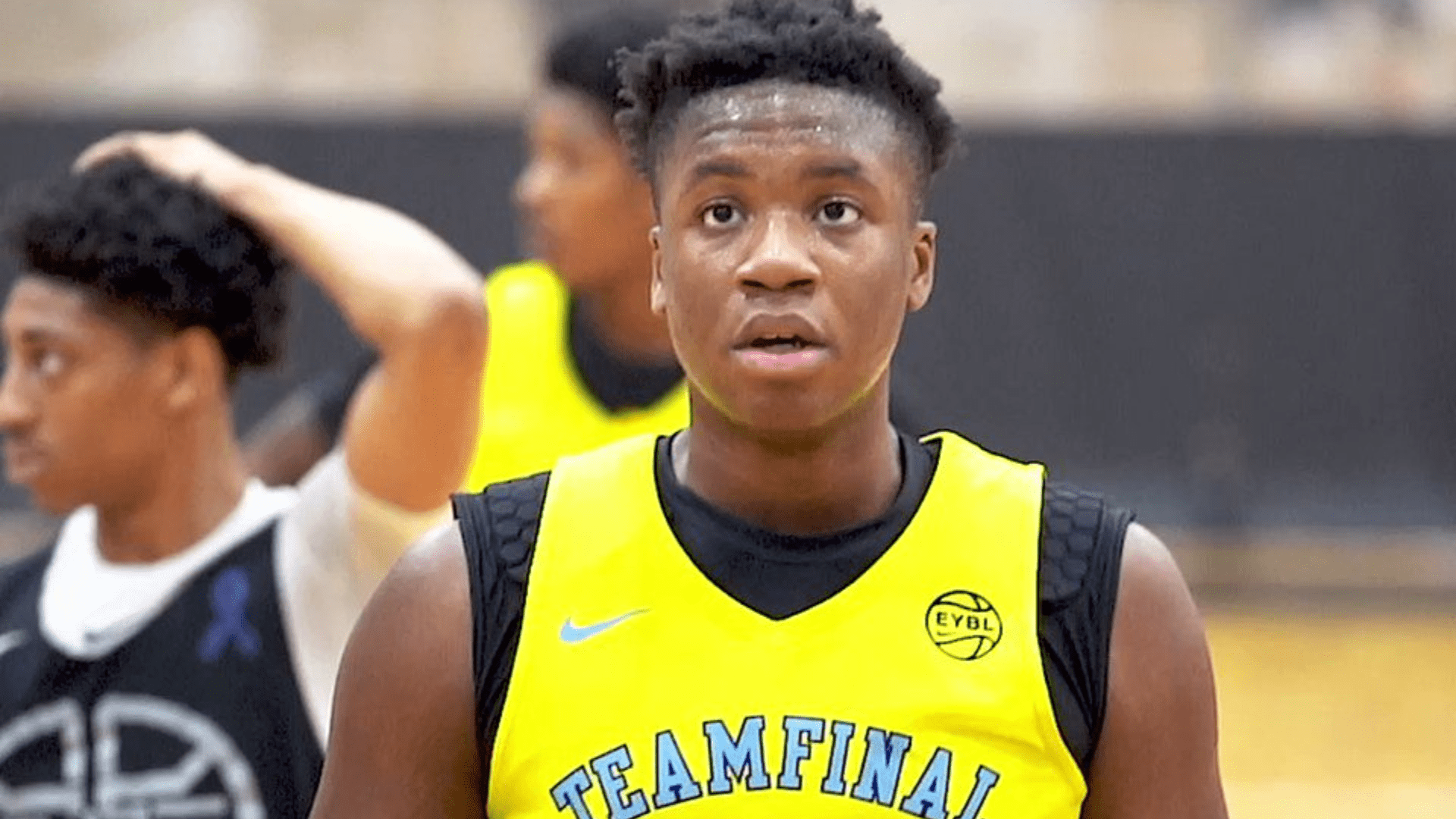 One of Syracuse basketball's priority targets in the 2024 class is Robert Wright out of Neumann-Goretti High School in Philadelphia. The Orange has recruited Wright hard for a while, and Wright was on campus over the weekend to attend Elite Camp.

"I feel like it was a great camp," Wright said. "It was a good experience. The facilities looked nice. The coaches were great. I learned more about moving without the ball, changing pace when coming off screens and stuff like that. They taught us that. I had a good time down there. It felt like a family environment."

Throughout the time Syracuse has been recruiting Wright, he has developed a strong relationship with the coaching staff.

"They're recruiting me very hard," Wright said. "G-Mac is doing it the most. They want me to come and run their team one day. To come in and lead them back to the championship."

After the camp was over, the Syracuse coaches praised his performance during camp.

"They said thanks for coming," Wright said. "They said they loved the way I performed. They already know, they've seen me play before. This wasn't their first time."
...

Class of 2023 big William Patterson earned an offer from Syracuse over the weekend following a strong Elite Camp performance. The 7-foot Brooklyn (NY) native was excited to get the offer.

"It was after the last game," Patterson said. "We finished out pretty well even though we didn't win the last game. I had a couple dunks, blocks, steals, got to dribble up the court a little. The offer just came from relationships with the coaches. I was very surprised and very grateful. It just shows the amount of work I put in, so I was very grateful when he came over."

Beyond the offer, Patterson enjoyed his time at the Elite Camp.

"The camp was very fun," Patterson said. "It was well organized. Drills that were tough were very fun and challenging. It felt good to be pushed by the coaches. They were doing well. They knew what they were doing. The best part was the drills just because you get to see where you're at against other people. I liked the competition."

Patterson is not a new name for Syracuse basketball. The Orange have been in contact for a while, primarily through assistant Allen Griffin.

"For a while now, I'd say a couple of months," Patterson said. "The relationship between me and the staff is very good. Like family. We bond."

Where does the Orange stand after extending an offer?

"I would say that Syracuse is number one on my list out of all of the offers I've received," Patterson said. "I feel like it's a boost to my recruitment because I have an offer from a team that plays in the ACC."
...

Matt Bonaparte and Owen Valentine talk about Reid Ducharme's commitment to Xavier over Syracuse. The Orange miss out on a recruit they should've gotten. The guys talk about the effects of his decision and what SU needs to do next.

Syracuse basketball is holding its annual Elite Camp on Saturday. Some prospects came into town Friday, including 2024 big Thomas Sorber. Sorber was offered by the Orange on Friday, one day before Elite Camp begins. This speaks to how good Syracuse thinks Sorber is that they were willing to offer before the camp took place.

During his first year at Ryan, Sorber averaged 16.5 points per game and led the Catholic League in rebounding. He was also a relentless shot blocker. His strong play as a sophomore combined with stellar play for Team Final this summer has earned him offers from Georgetown, Maryland, Mississippi State, Pittsburgh, Providence, Saint Joseph's and Virginia Tech prior to Syracuse extending a scholarship opportunity on Friday.
...

Those who know me know that I love the Syracuse basketball program just about as much as anyone on this planet.

And in my nearly six years writing about the Orange for Inside The Loud House, the vast majority of my stories have proven positive in nature when discussing the ‘Cuse.

This column, however, will not be one of those instances. In my humble opinion, so far, Syracuse basketball has proven an utter disappointment with its recruiting efforts in the 2023 cycle.

“So far,” though, is the key term here. This cycle isn’t over. Sure, a lot of top-flight prospects in the rising-senior class have made their commitment announcements, but let’s not forget that just this past spring, four-star guard Judah Mintz committed to the Orange late in the 2022 cycle.

The ‘Cuse coaching staff, by extension, remains in pursuit of 2023 four-star guard Mike Williams, who will take an official visit to the Hill in mid-September, according to media reports.

Syracuse basketball coaches, additionally, could still dole out other scholarship offers in this cycle (in fact, the ‘Cuse did on Saturday, offering 2023 big man William Patterson, an emerging 7-foot-2 prospect).

Certainly, I’ll acknowledge that we should wait and see how everything shakes out here for the Orange in the 2023 class, even as many ‘Cuse fans grow increasingly frustrated, and understandably so.
...

Even though Syracuse basketball didn’t make the Big Dance a season ago, and the Orange has resided on the proverbial bubble many a time in recent campaigns, that has never prevented me from delighting in the magic that the NCAA Tournament produces year after year.

Yes, first and foremost I’m a proud Syracuse University alum and a fanatical follower of the ‘Cuse hoops program. But I also adore the entirety of college basketball, and those few weeks in March and early April, season after season, are simply the best as it pertains to U.S. sporting events.

Now, surely it’s not a fair comparison to weigh March Madness against, say, the Super Bowl, or the NBA Finals, or the World Series.

However, between the yearly cadre of stunning upsets, heavyweight battles and dreams captured as programs large and small make their journeys to the Final Four, you can’t ask for a more thrilling event than the Big Dance.

And despite some sub-par regular seasons lately, Syracuse basketball has made its mark on March Madness.

Over the years, the Orange has won a national title, reached a handful of Final Fours, flamed out as a high seed in the opening rounds, and had its heart broken on more than one occasion (hi, Richmond, Vermont, Butler, Dayton, Ohio State, Indiana, and on and on). 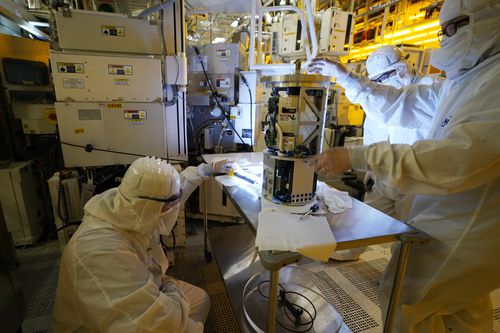 Micron Technology, the largest U.S. memory chip manufacturer, appears to be leaning toward picking Texas for a massive $40 billion chip factory that Gov. Kathy Hochul has been trying to attract to the Empire State.

Micron filed an application earlier this week with officials in Texas requesting property tax breaks to build a massive memory chip factory outside of Austin.

The project would be built in phases, with 5,000 employees initially, although Micron has said it intends to spend more than $150 billion eventually to expand its manufacturing blueprint in the wake of the passage of the $52 billion CHIPS Act, a federal subsidy program designed to encourage expansion of the domestic chip manufacturing sector to counteract China’s growing prowess in that market.

Hochul has been looking to capitalize on the new federal funding for chip fabs by creating a new tax incentive for chip companies that build in New York that would help the state’s economic development office sweeten any potential offers to companies.

GlobalFoundries, which operates its Fab 8 chip factory in Saratoga County, has said it plans to build a second at the same site because of the CHIPS Act and Hochul’s new tax breaks.

Although both Samsung and Intel, two of the world’s largest chipmakers, decided not to build new factories in New York, it was believed that Micron was looking at a site outside of Syracuse based on comments Hochul made earlier this year.

Micron’s corporate aircraft was also spotted at Albany International Airport earlier this month when both Hochul and U.S. Senate Majority Leader Charles Schumer were in town for an event at Albany Nanotech.

Robert Maire, a semiconductor analyst based on Long Island, said that New York state hasn’t had any major wins attracting new chip firms like Texas and even Ohio.

“I think we’re just not that competitive,” Maire said.
... 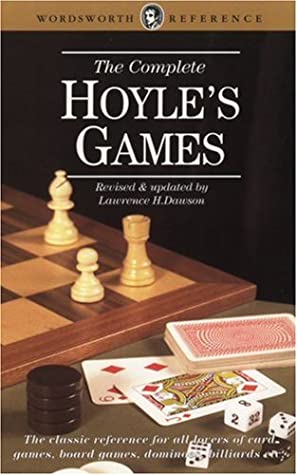