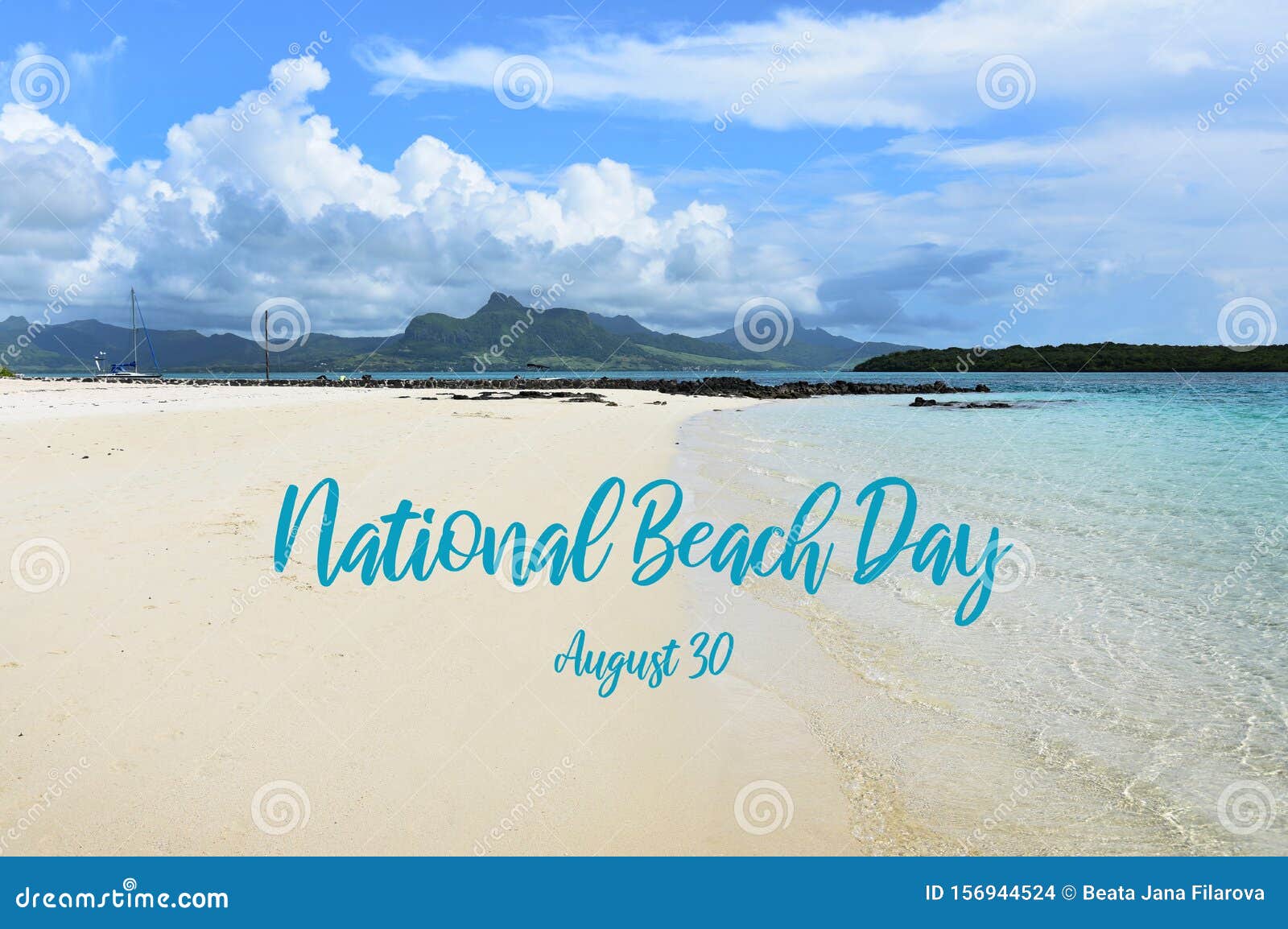 National Beach Day was created to celebrate the beach, and to encourage the cleaning up of beaches worldwide, in order to save the lives of ocean mammals and sea birds. Every day, animals are killed by fishing line, plastic, cans, oil spills, and other trash. The day was created in 2014 by Colleen Paige, creator of other days such as National Dog Day.

How to Observe National Beach Day

Celebrate the day by going to the beach! It doesn't matter if it is a beach at an ocean or at a lake. Go out for a swim or simply lay on a beach towel in the sand. Have a party or picnic, or take photographs of the wildlife, sand, and water. Besides relaxing at the beach, the day is best spent by cleaning up garbage and debris, so that the beach looks cleaner and animals are safer. If you are looking for a soundtrack to the day, the Beach Boys should suffice.

About a week after Syracuse’s basketball season ended with no postseason invitation last winter, Symir Torrence visited the office of Gerry McNamara, the Orange assistant coach who works with the guards.

The meeting with McNamara came on the heels of a conversation Torrence had with SU head coach Jim Boeheim after the loss to Duke in the ACC Tournament last March.

That talk happened after Torrence compiled 11 assists, six rebounds and seven points in the game. Torrence was also a force on defense, shutting down Duke sharpshooter A.J. Griffin (the 16th pick of the 2022 NBA Draft), who averaged nearly 18 points against SU in two previous meetings.

SU played some man and some triangle-and-two and Torrence stuck like glue to Griffin, who took three shots and finished with four points.

Torrence, the senior guard from Syracuse, also went 2-for-9 from the field in that Duke game, the first start of his Syracuse career with Buddy Boeheim suspended.

Torrence shot 41.6% from the field, 37.5% from the 3-point line and 50% from the free-throw line last season. He took a total of eight 3-point shots all season and made three of them.

“After that Duke game Coach told me, ‘Man, you played amazing. Now just imagine if you add a jump shot to how you just played,’ ” Torrence said. 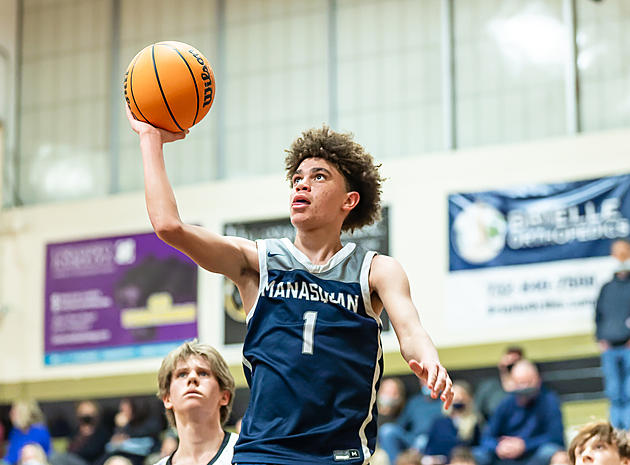 Syracuse basketball hosted Elite Camp over the weekend, which featured players from the 2023, 2024 and 2025 classes. One of the standouts in the 2025 class was 6-3 guard Darius Adams out of Manasquan High in New Jersey.

"I thought it was a great atmosphere," Adams said. "Great coaches there. It was fun to learn from them and it was good competition. It was good."

During the camp, Adams and other attendees were instructed by the Syracuse coaching staff. He says he was able to take something away from that instruction to better his game moving forward.

"I would say reading the gaps more," Adams said. "More specifically just helping me with that during the drills. And ball handling as well."

A portion of the camp was dedicated to actual games. Adams thinks he performed well during that time.

"I think I played pretty well," Adams said. "I made my teammates better and I made a lot of my shots."

It was not only a camp experience for Adams, he also earned an offer from Syracuse.
... 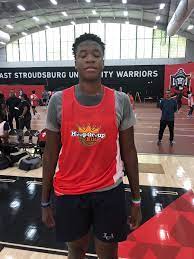 Thomas Sorber, a fast-rising big man who plays high-school and AAU ball in Philadelphia, is seeing his offer sheet significantly grow, and that includes a recent scholarship offer from Syracuse basketball coaches.

This past Saturday, August 27, the 6-foot-9, 250-pound power forward/center attended the Orange’s annual Elite Camp, according to multiple media reports.

According to Sorber’s Twitter page, he actually picked up a scholarship offer from the ‘Cuse on August 26, a day before this year’s Elite Camp.

That, to me, suggests that Syracuse basketball coaches are really high on Sorber, seeing that they offered him before the camp took place.

As a member of the 2024 class, Sorber is a rising junior at Archbishop Ryan High School in Philadelphia. In grassroots basketball, he suits up for an excellent squad, the Philadelphia-based Team Final in Nike’s EYBL league.

Beyond his unofficial visit to the Hill for the ‘Cuse Elite Camp, I came across a couple of tweets stating that Sorber plans to make a visit to Pittsburgh on September 10.
...

This past Saturday, Syracuse basketball coaches extended numerous scholarship offers to high-school prospects in the 2023, 2024 and 2025 cycles at the Orange’s annual Elite Camp.

One of those offers, according to this tweet, went out to underrated and talented 2023 big man William Patterson, whose hometown is in Brooklyn, N.Y.

The 7-foot power forward/center is a rising senior at the Bishop Walsh School in Cumberland, Md., which suits up in the loaded 10-team National Interscholastic Basketball Conference.

On the AAU circuit, Patterson has been a member of an elite grassroots basketball program, the New York City-based New Heights Lightning in Nike’s EYBL league.

By the way, it’s important to note that one of Patterson’s teammates at the Bishop Walsh School is 2023 four-star guard Mike Williams, who is planning to take an official visit to the ‘Cuse in mid-September.

In recently updated pre-season top-25 national rankings ahead of the 2022-23 stanza from high-school hoops analyst and scout Samad Hines, the Bishop Walsh School just missed the cut, arriving at No. 26 overall.

A new Syracuse basketball recruit is high on the Orange after receiving an offer.

Per an interview with SyracuseOnSI publisher Mike McAllister, Patterson said that he has been communicating with the Syracuse basketball coaching staff for a few months now, and the parties have formed a good relationship. That’s encouraging.

What’s even more encouraging is that Patterson said the ‘Cuse is, at present, “number one on my list out of all of the offers I’ve received,” per McAllister’s story.

I get the sense that Patterson’s recruitment is just starting to heat up, and his Orange offer could certainly help facilitate additional high-major suitors.

According to his bio on the 247Sports Web site, his other offers include Rutgers, Oklahoma State and TCU, along with interest from Cincinnati.
...

Steve and Paulie start the show reacting to Dino Babers' Louisville week press conference and playing notable comments from Coach. Then, a couple of familiar callers join the show to discuss the Syracuse football opener. Later, AllSyracuse.com's Mike McAllister joins the show to preview the SU football season and react to the newly released depth chart. Also talk from Mike on SU hoops recruiting late (about 22 minutes in or so) 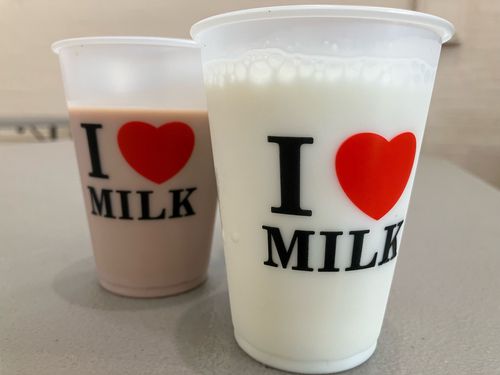 Cups of milk at the Milk Bar inside the Dairy Building at the New York State Fair.Nate Mink

For many Central New Yorkers, the State Fair is a cherished tradition. Most have some kind of childhood memories there. Some have been going every year for decades.

But for newcomers, the region’s biggest festival can seem, well, strange. After all, it’s just a fair, right?

We asked each to offer some advice for fair newbies: What surprised you? What was the best part? The worst part? What would you recommend to other fair first-timers?

Here are a few takeaways from their outing last week:

Emily recommended going with someone who’s been to the fair before (she spent opening day sampling cocktails with food and drink writer Don Cazentre, for example). The grounds at the fair are huge, and it’s easy to get lost. If you don’t have someone with you, she said, take a map.

“The fairgrounds are sprawling, and even after having someone show me around most of the day, I still got slightly lost later trying to make my way back to a certain vendor we’d stopped at earlier.”

It’s late August in Central New York, which typically comes with a soggy heat and dangerous sun. This year is no exception.

“Wear sunscreen (I learned this the hard way),” Jules said.

Emily suggested planning your trip for later in the evening, if possible.

“If there’s something you really want to see or experience that’s only available in the daytime, be sure to bring something to protect yourself from the sun (sunscreen, hat), lots of water and don’t be afraid to spend an extended period of time cooling off in front of one of the many water-misting fans they have around the fairgrounds.”

Sure, there are countless places to get something deep fried or delicious at the fair. But a full day on the grounds will catch up to your stomach and your wallet (especially if you’re visiting with a family).

“It’s hard to find food that will sustain you for a day, and most of it isn’t cheap,” Jules said. “Consider bringing a granola bar or sandwich from home (can you bring food into the fair?)”

Yes, you can bring your own food or non-alcoholic drinks into the fair. You can even bring in a cooler. Your bag might be subject to search when you enter, though.
...