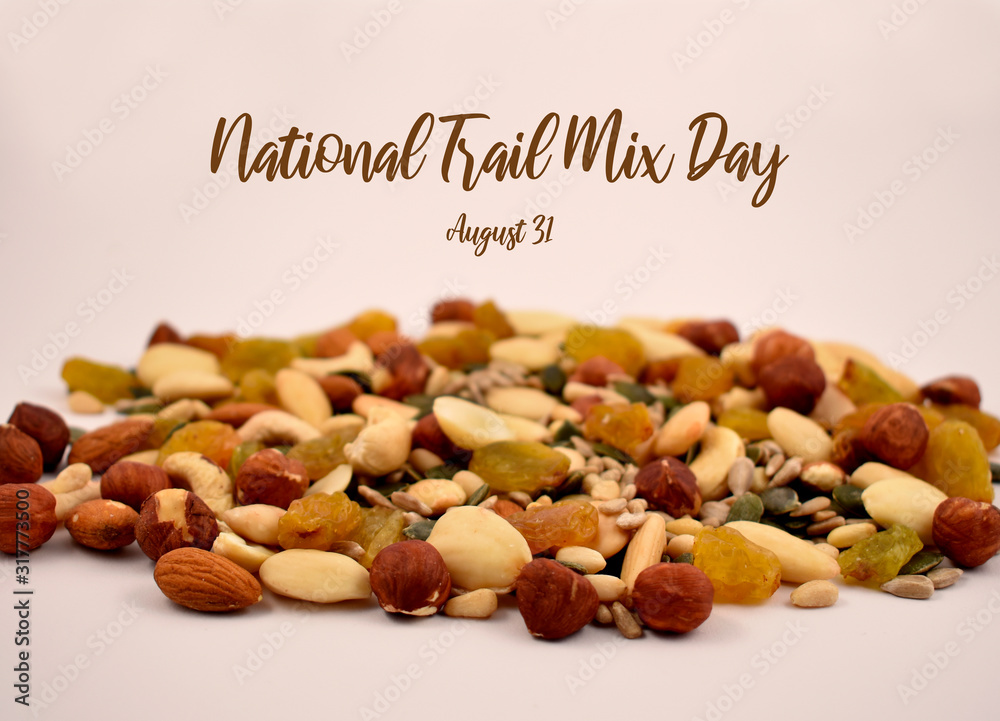 National Trail Mix Day is dedicated to the snack mix of sustenance, which was conceived to be taken along on hikes. It is easy to carry and usually nutritious, often containing raisins, nuts, and granola. Chocolate is often also added. It's at least been around since 1910, when it was mentioned in Horace Kephart's The Book of Camping and Woodcraft. In many European countries it is known as "student snack" or "student food", and many hikers refer to trail mix as "gorp". This may be an acronym for "good old raisins and peanuts" or "granola, oats, raisins, peanuts."

Tyus Battle joins Mike Waters and talks about the recovery from a foot injury that ended his season last year in Israel, whether he would ever play for Boeheim’s Army, his experience playing basketball in Russia and if he would ever go back and play professional basketball there.

Class of 2025 Canadian guard Efeosa Oliogu was one of several prospects in his class on the Syracuse campus over the weekend for Elite Camp. Oliogu had only positive things to say about his experience.

"It was good to learn that the people and the coaches are good people," Oliogu said. "It was also good to know that nothing is going to come easy and that I need to put in work wherever I go. It was, for sure, a good experience and I am grateful for what they were showing and doing for me."

After the camp was over, Oliogu met with the Syracuse staff including head coach Jim Boeheim. A scholarship offer was extended during that conversation, much to the 6-5 guard's delight.

"I was communicating with the assistant coach and a bit with the (head) coach," Oliogu said. "They were interested in me. Definitely very grateful and just excited."
...

Syracuse’s NIL collective, the 315 Foundation, has gone live with its website (PS; Ditota)

Syracuse’s answer to a name, image and likeness (NIL) collective soft-sold the concept about two weeks ago and promised a forthcoming website. Donors can now click on 315foundation.org and give to the Orange cause.

Collectives, all the rage in college sports these days, pool money from donors and distribute it to athletes at a particular school. The athlete is supposed to provide a service to justify the NIL money the collective sends his or her way. Collectives are not officially connected to the universities they serve.

The 315 Foundation’s signature donor, Vinny Lobdell, said he contributed “six figures” to jumpstart the collective. Lobdell, an entrepreneur who with his dad last year sold the family’s Pulaski air purification business to a private equity fund, said his contributions to SU sports lean now toward putting money directly into the pockets of athletes who compete for the program.

“You can’t fault the players for picking the most rewarding and optimal monetary path for their families,” he said. “It’s changed everything. For me, if we don’t have a good product that we can put forth on the field or on the floor, we won’t have the people show up to watch the games. That’ll have a very negative impact.”
...

Syracuse football: Dino Babers isn’t the only one under pressure to win this season (TNIAAM; Wall)

As we prepare to start the Syracuse Orange football season we’ve had the Dino Babers hot seat talk seemingly squashed by the $10m buyout he’d be owed. That doesn’t mean that the Orange can afford another season without a bowl game. The buyout might keep Babers around into 2023 what will he be returning to?

All of you who read the comments here or listen to local sports radio know that Orange fans have lost their belief because the evidence hasn’t been there since 2018. Syracuse showed a lot of fight and heart on the field last season but Dino’s decisions didn’t deliver enough wins. It was gutsy to switch quarterbacks but would the Rutgers game have been different if Shrader had gotten the nod in camp? Would the team have found their stride sooner and gotten over the hump against Florida State or Wake Forest?

We’ll never know that and this isn’t about what has happened but what is ahead of Syracuse. Continuity in the program does have value for a private Northeast school without a major local recruiting pipeline. However another losing season would make it easier for up-and-coming coaches like Tony White or Jason Beck to seek new opportunities.

The Orange once again have players drawing NFL attention and it would be a shame to waste the final seasons of Tucker, Williams, Jones and Bergeron without a post-season visit. While their careers won’t be determined by Syracuse’s won-loss record, being part of a successful season will give them and others more opportunity to stand out to the professional scouts (and this includes the XFL and CFL as well).
...

Vinny Lobdell is in heaven. On this day he is walking through Syracuse’s Melo Center with his son. As he does, he’s reliving great memory after great memory.

“The history and the lineage is just amazing. I mean, to see all these players and what has made this organization and this institution so great, we have to continue it," said Lobdell.

However, whether it’s Syracuse basketball, football or any other sport, the path to success has taken a sudden turn.

In his nearly 60 years with the Syracuse Basketball program, as both a player and coach, Jim Boeheim has seen it all. But NIL, the ability for players to earn money for the use of their name, image and likeness, well that’s a game changer, for both the good of the game.

…and the not so good.

From what was designed to be a way to pay athletes for their work and their name, image and likeness, to what we are now seeing. In many other parts of the country, money is used as a recruiting tool. 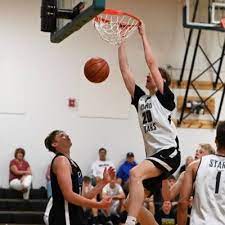 According to a tweet from Pro Insight director of scouting Andrew Slater, the Orange is among a bevy of teams in the hunt for the 6-foot-9 power forward/center.

Fielder, who holds more than two-dozen scholarship offers, is rated as four stars by both 247Sports and On3. He is entering his senior year at the Southern California Academy in Northridge, Calif.

In recent months, Fielder earned a lot of praise from national recruiting analysts and scouts for his performances on the AAU circuit for the Los Angeles-based West Coast Elite in the Under Armour Association league.

In July, West Coast Elite made it to the UAA final in Bedford Park, Ill., where it fell by two points to the Baltimore-based Team Thrill, a squad led by 2024 five-star big man Derik Queen.
... 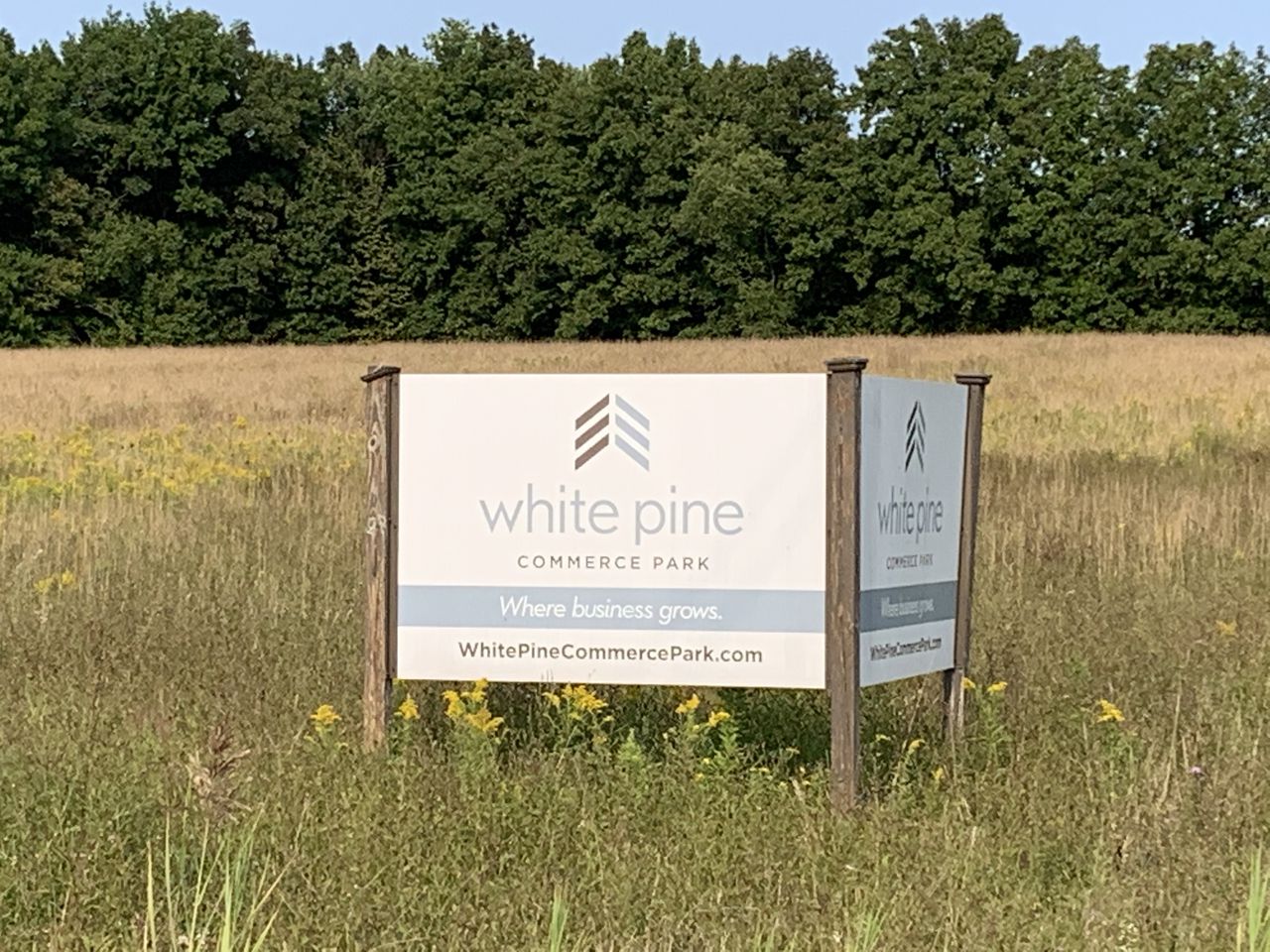 CNY site may still be in running for huge chip plant despite Micron’s interest in Texas (PS; $; Moriarty)

But now comes word the Syracuse region may still be in the running.

New York officials have been pitching several sites in the Empire State, including the White Pine Commerce Park in Clay, as a place for semiconductor makers. Micron is believed to be one of the companies the state is trying to lure.

Yet Micron recently filed an application with officials in Texas for property tax exemptions for what the company is calling “Project Evergreen,” a chip fab plant that would be built in eight phases in Lockhart, outside of Austin.

In a statement Monday to syracuse.com | The Post-Standard, Micron said it has not decided where to build the chip plant. The company indicated it filed the application for tax incentives to preserve its options under a Texas program that is due to expire at the end of the year.

That Texas tax break program expires December 2022, the company said. “Filing these applications some time ago allows us to preserve options for potential future expansion needed to meet long-term memory demand,” the company wrote to syracuse.com. “We have not made any final decisions regarding the location, timing or scope of any expansion plans.”
...