Telephone calls to businesses generally peak on the day following Labor Day. There are several reasons for this. It follows a long weekend, summer is ending and people want to take care of things they've been putting off the whole season, school is starting, and people want to get things in order before the holiday season begins. The day has been dubbed Telephone Tuesday by Marchex, a Canadian advertising analytics firm. They were inspired by the likes of Cyber Monday and Black Friday when naming the day.

By one statistic, phone calls to businesses go up by about 16% on Mondays, but they go up by about 34% on Telephone Tuesday. This varies by industry—in some, it goes up by 50%, and in some, it barely goes up at all. Most of the influx of calls go to insurance companies, cable and satellite providers, home security companies, storage facility companies, and car repair and home repair businesses. Many of the calls that come in are from people who are researching on their mobile phones and use click-to-call instead of typing numbers in. About one in five calls to businesses go unanswered today, so it is up to businesses to prepare for the day so that this doesn't happen. 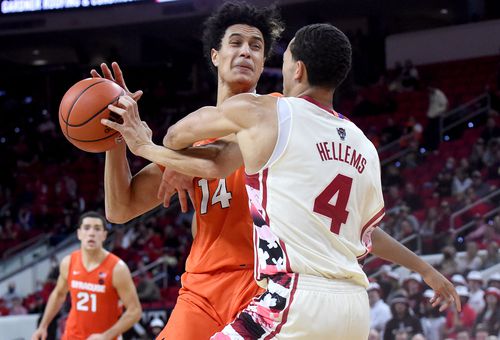 Syracuse center Jesse Edwards put together his best performance in five games with the Netherlands’ National Team in the EuroBasket championship on Monday.

Edwards, a native of the Netherlands, scored 12 points and hauled in nine rebounds, but it wasn’t enough to prevent an 88-80 loss to the home-standing Czech Republic in Prague.

Edwards, a 6-foot-11 senior at Syracuse, had a perfect shooting day, connecting on all four of his field goal attempts and going 4-for-4 at the free throw line. In addition to his 12 points and nine boards, Edwards also had one blocked shot and one assist.

Edwards’ play is a good sign after he missed the last nine games of the 2021-22 season with an injured wrist. He was averaging 12.0 points and 6.5 rebounds through Syracuse’s first 24 games. He had also been on pace to lead the ACC in field goal shooting (.695) and was second in blocked shots.

Netherlands trailed by 23 points at halftime, but rallied in the second half. Edwards, who had scarcely played earlier in the tournament, started the second half after putting up eight first-half points. The Dutch drew to within four points with five minutes remaining in the fourth quarter.

A pair of free throws from Edwards cut the margin to 81-78 with 38 seconds left. But the Dutch couldn’t finish off the comeback.

FIBA EuroBasket is a qualifier event for the 2023 FIBA Basketball World Cup, a process that concludes in February. Of the 39 teams participating, only the top 12 qualify.

Edwards is competing with his Dutch national team. In 20 minutes, he put together his best performance of the event, going 4-4 from the floor and 4-4 from the free throw line. He finished with a team-best +14 in the +/- category.

Netherlands is 0-3 in Group D, however, which includes Serbia, Poland, Israel, Finland and Czech Republic. Group D plays its games in Prague. Netherlands has at least two games left, the first against Poland today and the second against Finland on Thursday.

Edwards is expected to play a prominent role for Syracuse in his senior season. He averaged 12.0 points and 6.5 rebounds per game for Syracuse during the 2021-22 year. He started 24 games before a fractured wrist at Boston College ended his junior season.

According to national recruiting analysts and scouts, new Syracuse basketball target Efeosa Oliogu could make a serious run at the No. 1 overall ranking in his class when all is said and done.

The 6-foot-6 Oliogu, who has ridiculous athleticism and versatility per experts, isn’t ranked in the 2025 cycle by all of the primary recruiting services, because he hails from Canada, and not all recruiting Web sites rate Canadian prospects.

I’ve always felt that was sort of lame, but in any event, some recruiting services have the ultra-talented guard/wing as four stars and inside the top 20, and Oliogu absolutely could be in line for five-star status.

Oliogu, who received an Orange scholarship offer at the team’s recently held Elite Camp, is entering his sophomore year at the United Scholastic Academy in Toronto.

He’s also a member of the Toronto-based Canada Elite in the Under Armour Association league for AAU competitions. During the most recent grassroots basketball circuit for Canada Elite, Oliogu played up two age levels and did quite well, according to analysts and scouts.

We’re still several months away from basketball season, but recruiting is a year-round sport. With that in mind, we have some notes from the Syracuse basketball recruiting world…

As expected, JP Estrella committed to Tennessee last week. The 2023 Brewster Academy (NH) big man is rated the 54th best recruit in his class by 247 Sports. Estrella received his first collegiate offer from the Orange, but expanded his horizons quickly after that, as his crystal ball shifted from Duke to Iowa and finally to Tennessee. His final three was the Vols, Hawkeyes and Orange.

The offer comes on the heels of Syracuse offering 2023 big man William Patterson from Bishop (NY) Walsh. Patterson earned the offer at the Syracuse Elite Camp, and also holds offers from Power 6 programs Oklahoma State, Rutgers and TCU. He caught up with 247 Sports’ Dushawn London to chat about his recruitment, and told him that “everything I’ve seen so far at Syracuse has been pretty amazing and exciting.”

Two other players who earned offers from Syracuse’s Elite Camp are 2025 Canadian SG Efeosa Oliogu and 2025 guard Darius Adams from Manasquan (NJ) High. London also caught up with Oliogu who said his recruitment is going well. “I have 11 offers right now and I appreciate the coaches showing me love and offering.” Meanwhile, Adams also appeared to enjoy his visit to Syracuse. “I thought it was a great atmosphere,” Adams said to Sports Illustrated’s Mike McAllister. “Great coaches there. It was fun to learn from them and it was good competition.”
...

Syracuse basketball offered a scholarship to 2024 four-star point Robert Wright III back in March, and ever since then, the Orange has appeared to prioritize the top-50 prospect in this class.

The 6-foot-1 Wright, who plays high-school and AAU ball with teams in Philadelphia, had a stellar spring and summer in grassroots basketball and continues to see his national rankings climb, according to most recruiting services.

Wright, who for my money is a top-five point guard in the 2024 cycle, attended the ‘Cuse annual Elite Camp that was held in late August.

In a recent interview with SyracuseOnSI publisher Mike McAllister, and other recent reports, Wright says that he is forging a strong relationship with the Orange coaching staff.

Syracuse basketball assistant coach Gerry McNamara is the ‘Cuse coach who talks with Wright most frequently, per reports.
... 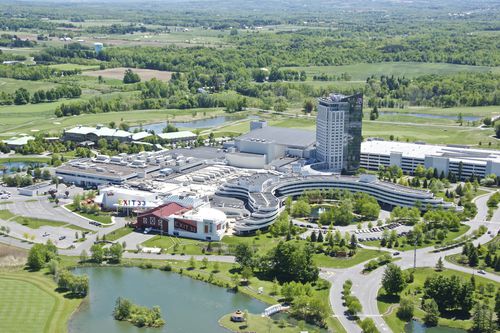 Turning Stone Resort Casino is about to embark on its largest expansion project since opening in 1993.

The project, which will be completed over a period of several years, will nearly double the Oneida Indian Nation-owned resort’s convention and conference space, while also adding a new hotel, dining options and other amenities.

All the additions will be located on Turning Stone’s existing 1,600-acre campus, just off New York State Thruway Exit 33 along Route 365 in Verona. The new 250-room hotel will be rival the size of the existing hotel called The Tower, which is among the tallest buildings in the state between Albany and Buffalo. But the new hotel may not necessarily be high-rise.

Ground-breaking is expected sometime in 2023.

The project will focus on Turning Stone’s convention and conference capabilities, which are already operating at nearly full capacity, nation officials said. The existing hotels and accommodations are typically full and conferences and other events are booked years in advance.

This expansion does not include any additions to the gaming operations at the full service casino.

“Today we are experiencing record demand for hosting conferences and other events at Turning Stone that far outpaces our current hotel and convention facilities,” Ray Halbritter, Oneida Indian Nation Representative and Oneida Nation Enterprises CEO, said in a news release. “This extensive multi-year expansion project will help us meet this rising need and even greater demand in the future.”

The Oneidas did not give an estimate for the project’s cost, but in scope it will be bigger than any of the other major improvements made at Turning Stone in the past two decades.

The construction will generate hundreds of jobs, the nation said, and the completed projected will allow Oneida Nation Enterprises to boost its existing workforce, which now stands at about 4,400.

The Oneidas chose San Francisco-based architecture and design firm Gensler to work on the expansion. Its work has included such destinations as City Center in Las Vegas, the Gaylord National Hotel and Convention Center near Washington, D.C. and Walt Disney World’s Swan Reserve.
...