Multiple surveys have shown pepperoni to be the favorite pizza topping of Americans, and over a third of the pizzas in the country are topped with it. So it comes as no surprise that there is a National Pepperoni Pizza Day.

Pepperoni takes its name from "peperoni"—with one "p"—an Italian name for a pepper. In Italy, what Americans call pepperoni is known as "salame piccante"—spicy salami. Pepperoni is a dried sausage made of a mixture of pork, beef, and spices, often including peppers. The name pepperoni began being used following World War I, primarily in Italian-American communities. At this time, pepperoni was primarily used as an appetizer, eaten on cured meat plates.

Instead of being at Syracuse University for the start of the fall semester, Jesse Edwards was in Prague, playing for the Dutch National Team in the EuroBasket 2022.

While he wasn’t in a classroom, Edwards was still learning.

His teachers weren’t professors. His teachers were the likes of the Denver Nuggets MVP center Nikola Jokic, 7-foot Utah Jazz center Lauri Markkanen and, the player who might have taught him the most important lesson, former NBA center Jan Vesely.

While Jokic, the two-time NBA Most Valuable Player, is known by everybody, Edwards also knew of Markannen, a native of Finland who at the age of 25 has spent the last five years in the NBA.

Vesely, however, is 32 years old and last played in the NBA in 2014. The Czech center offered a lesson in history and never underestimating your opponent.

“I thought looking at him, ‘Maybe I can take this guy’,’’ Edwards said. “I was right there in his face and he still made his little fadeaway shot. I was like ‘All right, if you can make that over me’.

“It was an incredible learning ground for me,’’ Edwards added. “Just to go out and see the different types of guys you can face at the highest level, I learned a lot.’’

Edwards, a native of Amsterdam, wound up averaging 5.0 points, 5.5 rebounds and one blocked shot per game for the Netherlands in the EuroBasket. He led the Dutch squad in both rebounds and blocks.

“First word that comes to mind is honor,’’ Edwards said. “It was a really big honor. It was a honor to play for the national team in that tournament since we don’t always qualify. It’s super-tough to qualify. It was cool to qualify and cool that I got asked to play. It was a great experience.’’

Edwards enjoyed played in front of European crowds, especially in an international event.

“It’s a culture thing,’’ he said. “I’m used to going to soccer games back home, too. The atmosphere is just different. They have flags and chants. It’s a whole different way of supporting your team.’’

Edwards returned to Syracuse shortly after the Netherlands failed to advance in the tournament. The Dutch squad went 0-5 in group play.

“It was tough,’’ Edwards said. “We’re a small country. We’re getting a lot better. It never stops you from wanting to win. In two or three of those games, we had them. Poland. Israel. Even the Czech game, we were right there and just couldn’t finish it. That made it hard.’’

Edwards figures to be a key to Syracuse’s ability to bounce back from last year’s 16-17 mark; the first losing record in SU coach Jim Boeheim’s 46-year career.

The EuroBasket tournament, plus a pair of games in the FIBA World Cup qualifier prior to EuroBasket, marked Edwards’ return to live action following a wrist injury that ended his junior year.

Edwards was averaging 12.0 points and 6.5 rebounds through Syracuse’s first 24 games when he fell and landed on his left wrist in the Orange’s game at Boston College on Feb. 8. He would miss the remainder of the season.

Edwards now bears only the smallish of scars; a faint half-inch line at the base of his left thumb.

“I’ve been cleared since a couple weeks after the ACC tournament,’’ he said. “I’m fine.’’

In Prague, Edwards was the second-youngest player on the Netherlands national team with the least amount of international experience. He said he learned professionalism and preparation from the team’s older players.
...

Matt Bonaparte and Owen Valentine discuss the biggest news in Syracuse athletics this week. Adam Weitsman has announced he will pay one men's basketball player and one football player $1M each to sponsor his company as a part of an NIL deal. What do the guys think? How will this change things? Will they get better? Plus, Matt and Owen give their thoughts on the newly unveiled SU MBB schedule.

Even in the heart of a sparkling start to the football season, the anticipation for hoops remains high. The ACC released its schedule last week, and there are intriguing matchups aplenty. Of course there’s reason to be excited for every game, but here are five in particular SU fans should circle on their calendars.

It’s Syracuse-Georgetown. What more could you ask for? While this rivalry has seen a bit of a decline since the Orange departed the Big East, the two teams have met each of the last seven years. All of those games have been decided by ten or fewer points. Also, the last time the Hoyas visited the 315 was January 2021, a game in which zero fans were in attendance at the formerly Carrier Dome due to COVID-19 restrictions. Central New Yorkers haven’t had a Syracuse-Georgetown game since December 2018. It’ll have been four years come this season’s showdown. It’s always intense when these two renew acquaintances, it should be even more so this year with what should be a very raucous Dome crowd.

Similarly to Georgetown, it’s been a while since UNC has had to deal with the Dome crowd. The Tar Heels’ last trip to Syracuse had zero fans. Also, Hubert Davis’ squad is looking like a serious threat to make another deep run. Following its national championship loss to Kansas, North Carolina is near the top of most preseason polls as nearly their entire core is coming back. As of right now, this could be the most difficult game on the Orange’s schedule.

Imagine thinking that a game against the Raiders would be considered such a big one at this time last year. Well, considering the butt-kicking Colgate gave Syracuse last November, this game takes on a little more meaning than normal this season. Now imagine the scene if the Raiders beat the Orange again this year. Central New Yorkers are going to have a field day dunking on both Jim Boeheim and his team. That will be the last thing the large number of freshmen in this class need on their minds. Simply put, Syracuse cannot under any circumstances lose to Colgate again.
... 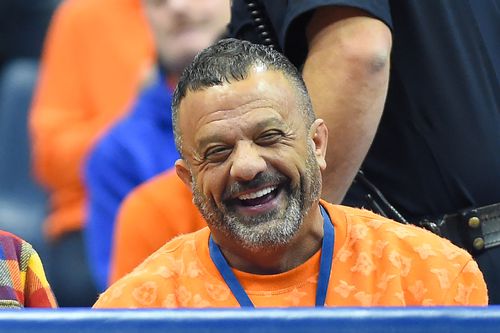 Adam Weitsman is pictured at a Syracuse basketball game at the Carrier Dome on November 6, 2019 in Syracuse, N.Y. (Photo by Rich Barnes/Getty Images)

Syracuse University’s most famous sports booster has decided to get involved in the name, image and likeness (NIL) space and will offer $1 million per year to one five-star football player and one five-star basketball player to represent his companies.

Those athletes will get the $1 million, he said, regardless of whether they choose to play sports at SU.

Weitsman mentioned former Duke star Zion Williamson as an example of the level of athlete he’ll engage. Williamson was among the top-five high school players in the nation in the Class of 2018. He chose the Blue Devils and became the talk of the 2018-19 college basketball season.

“I can’t have that discussion with players to come to Syracuse,” Weitsman said. “I mean, they know I’m a Syracuse fan, that Syracuse has a lot to offer. They’ll be working here for my company. They’ll be spokespeople, so that’s going to be part of it. They’ll have to come up here. What they do from there is going to be their choice.”
...

Autumn begins at 9:03 p.m. on Thursday night but that does not mean the entertainment choices around Central New York are slowing down at all. Award winning comedian and actress Amy Schumer will be at the Turning Stone Event Center on Saturday night and rockers Five Finger Death Punch and Megadeth will be at the St. Joseph’s Health Amphitheater at Lakeview on Tuesday. Fall favorites like the annual Central Square Apple Festival, Wescott Street Cultural Fair, and Sportsmen’s Days at the Carpenter’s Brook Fish Hatchery make their return this weekend. If you are holding onto summer, the New York State Fairgrounds is the place for you. Get a start on next year’s camping plans with a new RV at the NYS RV and Camping Show and maybe have one last wine slushie at the #SYRFoodTrucks Fall Fest. 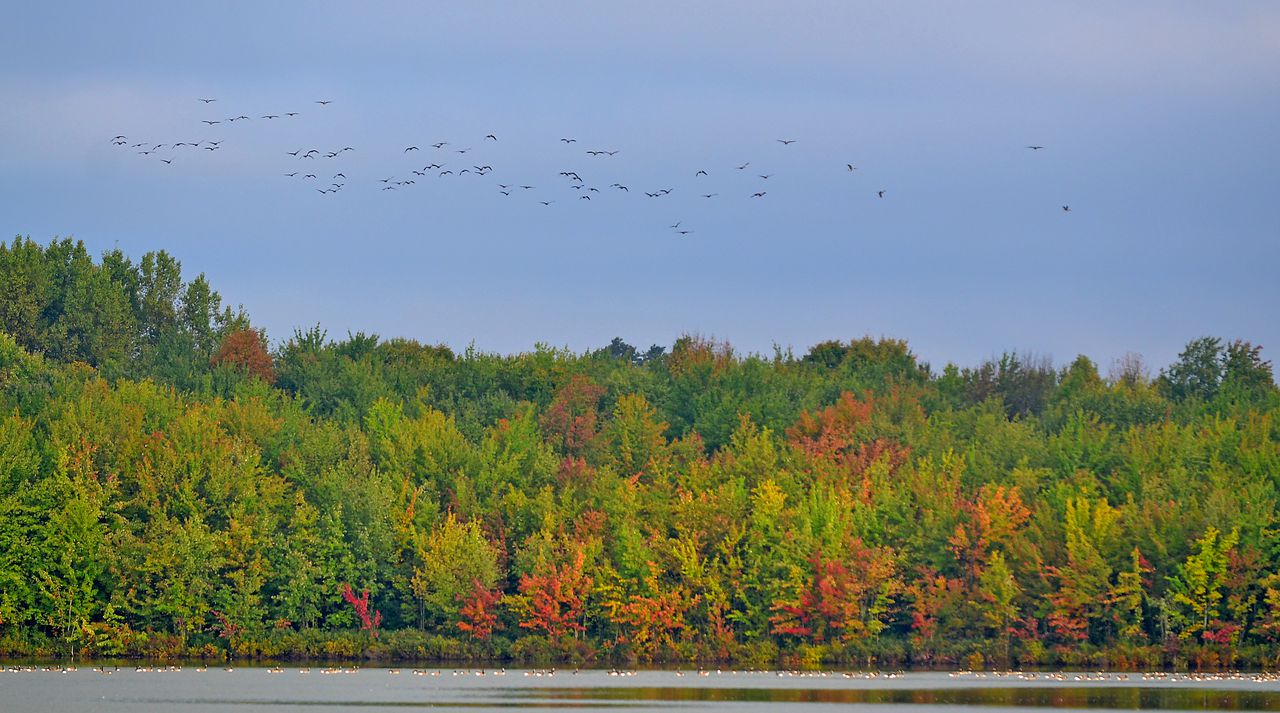 Explore Beaver Lake the easy way aboard the park’s NOWmobile, an electric vehicle which connects visitors with mobility issues with nature. Driven by a naturalist, the vehicle takes one on a 90-minute tour through the Nature Center’s diverse habitats. The excursion begins at 1 p.m. Seating is limited and costs $3. Groups of five or more should call ahead to schedule a private tour at another time. There will be another opportunity next Monday. Go to beaverlakenaturecenter.org for more information.

The St. Joseph’s Health Amphitheater at Lakeview will be the site of a big rock concert on Tuesday night. Rockers Five Finger Death Punch, Megadeth, The HU, and Fire from the Gods will be performing starting at 6:30 p.m. Tickets can be purchased at via LiveNation. Prices range from $29.50 to $187.50 plus fees.

You will need a ticket, but not a golden one though, to indulge in this Willy Wonka-inspired cocktail and confection pairing collaboration event by Three Lives, SavorCuse and Sweet on Chocolate on Wednesday evening. Choose your time, 5-7 p.m. or 7-9 p.m., purchase your ticket online, and head to Three Lives on Clinton Street in Syracuse for a screening of “Willy Wonka & The Chocolate Factory,” one theme drink and confection pairing and access to an “exclusive Wonka-licious menu.” Event is for adults, 21-years and older. Tickets can be purchased, and time and pairing can be chosen, here.

Q: What do traditional basketball powers Kentucky, Kansas, Indiana, Duke, UNC, and Syracuse all have in common?
A: They are all undefeated (3-0) in football so far.

From hardwood to gridiron