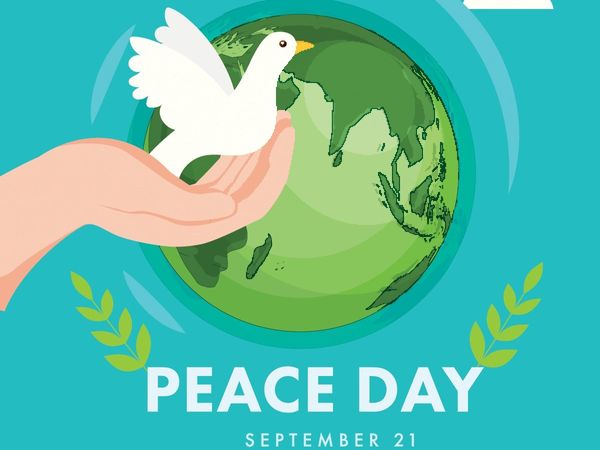 International Day of Peace—established by the United Nations General Assembly in 1981 and first observed in 1982—is "devoted to commemorating and strengthening the ideals of peace both within and among all nations and peoples." It was originally held on the third Tuesday of September, which is the opening day of the regular session of the General Assembly. In 2001, a resolution adopted by the General Assembly designated the International Day of Peace to be a "day of global ceasefire and non-violence." It also changed the date of the holiday to September 21.

When Dr. Evil put a pinky to his lip and offered to hold the world ransom for $1 million in the movie “Austin Powers: International Man of Mystery”, he was told that wasn’t exactly a lot of money these days.

In the world of college athletics, where name, image and likeness offers are growing exponentially by the day, $1 million still matters (for now) and Syracuse has a man ready to cut a big check to the right athletes to potentially don the Orange.

Adam Weitsman, billionaire, philanthropist and influencer who has become Syracuse University’s most visible sports booster, has $1 million per year to offer one five-star football player and one five-star basketball player to represent his companies.

Current NCAA rules on NIL rival those of the TV show “Whose Line is It Anyway.” They seem to be made up and the points don’t matter, but strict pay-for-play is forbidden.
... Is it ever too early for Syracuse Orange basketball season?

The answer is no.

Syracuse looks to rebound from an under-.500 season, the first in the Jim Boeheim era. The reinforcements for the Orange come in the form of five incoming freshmen. Boeheim said towards the end of last season that he expected two or three of the young guns to be in the starting lineup this season. And early indications say that statement is true, as Jon Rothstein reported on Monday.

Well embedded moles in Upstate NY have relayed that Syracuse is committed to playing Joe Girard at SG this year with 6-4 freshman Judah Mintz at PG. Two other freshmen --- Chris Bunch and Justin Taylor --- will be in mix to start.
— Jon Rothstein (@JonRothstein) September 19, 2022
Expand...

If you missed our starting lineup roundtable a couple of months ago, you’ll know that some of us (not me) predicted that Mintz would be the starting point guard instead of Symir Torrence, who has a year of experience in Orange. The name that none of us expected is Justin Taylor as he profiles very similar to Buddy Boeheim in not just his basketball skills, but also his physical attributes.


If Taylor does end up starting, the lineup configurations get interesting for a couple of reasons. Taylor doesn’t have the length you would typically expect from a wing on the 2-3 zone. Taylor is 6-foot-6, 205 pounds (ironically the exact same as Buddy Boeheim). Bunch is only 6-foot-7, so length at the bottom of the zone becomes a question. It asks a lot of Jesse Edwards to protect the paint, get rebounds and stay out of foul trouble.

The other reason this is an interesting development is the presence of Benny Williams in the locker room. We all pretty much expected Williams to be one of the starting forwards this season, and this recent development, if true, raises questions about what has happened to a once highly-touted prospect.
... 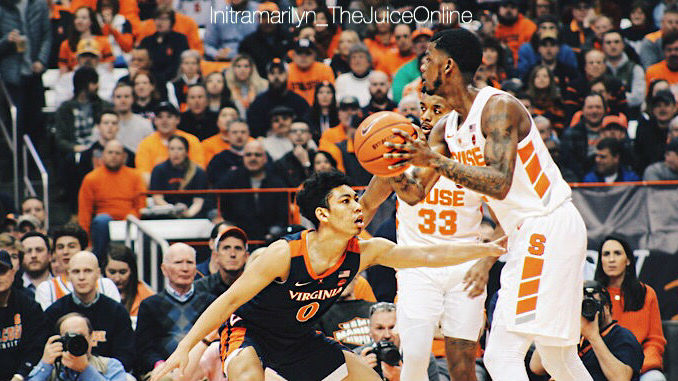 Most compelling ACC games on the 2022-23 Syracuse basketball schedule - The Juice Online (the juice; Gustin)

Last week, the ACC came out with the 2022-23 regular season schedule along with the March dates for the 2023 ACC tournament in Greensboro, NC.

For Syracuse, it represents an opportunity to improve on its mediocre record since switching conferences.

Since entering the ACC in 2013 and going 14-4, Syracuse has since gone 74-72 in conference play, almost always finishing middle of the pack.

The incoming freshman class for Syracuse includes a consensus top 5 recruit in the ACC in Judah Mintz along with other intriguing talent. Here is a look ahead to what could be major games for an Orange team that is trying to change the narrative.

Since Jeff Capel left as an assistant at Duke to take over Pitt, he’s struggled to turn them around. In his four years at Pitt, the Panthers have never won more than six ACC games in a season.

Still, some off-season moves appear to have Pitt moving in the right direction. Some of these moves include names familiar to Syracuse basketball.

Transfer guard Nelly Cummings of Colgate spent three years facing the Orange, and is using his last year of eligibility to join the ACC and Pitt. Along with Cummings, five-star guard Dior Johnson is the most exciting freshman recruit Pitt has seen with Capel.

Johnson famously accepted an offer at Syracuse in his sophomore year of high school. Since then, Johnson has decommitted to the Orange and Oregon as well, making Pitt as his third school before he even stepped on campus.

Those subplots will make for a highly anticipated ACC opener in December for the Orange.
... The 149-room Courtyard by Marriott on Yorktown Circle in DeWitt, pictured here, and the nearby 102-room Residence Inn by Marriott are among 16 Marriott-branded hotels in nine states being acquired by a joint venture of NewcrestImage and Hospitality Capital Partners. Provided photo

The 149-room Courtyard by Marriott and the adjacent 102-room Residence Inn by Marriott off Carrier Circle are among a larger collection of Marriott-branded hotels around the country that are being acquired by a joint venture company.

NewcrestImage and Hospitality Capital Partners said Tuesday they have reached a definitive agreement to buy 16 hotels with a total of 2,155 rooms in nine states, including the two DeWitt hotels. Terms of the sale were not disclosed.

The portfolio includes 13 Courtyard and three Residence Inn properties in Georgia, Massachusetts, New York, North Carolina, Oklahoma, Pennsylvania, South Carolina, Texas and Virginia. Closing of the transaction is expected during the fourth quarter of this year.
...