National Voter Registration Day, which was started in 2012, is a holiday celebrating democracy in the United States, in which the goal is to make sure everyone has the opportunity to vote. Awareness is raised so that tens of thousands of people register to vote who may not be reached otherwise. Volunteers work on the ground and with technology and media to make sure this happens. The day is endorsed by the National Association of Secretaries of State and State Election Directors.

Not too long ago, SU Athletics and the Atlantic Coast Conference released the 20-game conference calendar for Syracuse basketball, meaning that the Orange’s complete regular-season slate of 31 contests in the 2022-23 campaign is now known.

The ‘Cuse, in the upcoming stanza, will attempt to rebound from a disappointing 16-17 mark in 2021-22, and the Orange will look to do so with a vastly remade roster that includes several returning starters and veterans, a six-member 2022 recruiting class, and a big-man transfer.

Understandably, a lot of national pundits aren’t super high on the ‘Cuse ahead of 2022-23, although all of us Syracuse basketball fans out there take these sorts of pre-season prognostications with the proverbial grain of salt, right?

In any event, I’m knee-deep in enjoying Syracuse football’s current 2022 season, but at the same time, it will be fun to see Orange hoops get going in early November.

To that end, here are my top-10 battles on the Syracuse basketball 2022-23 schedule.

I’ll preface this list by saying that, naturally, we don’t know how good – or not good – the Orange is going to prove in 2022-23, and the same goes for the team’s opponents in the upcoming term.

My top-10 rankings here are obviously based on personal preferences as well as what national experts, commentators, analysts and others are forecasting for the 2022-23 campaign.

No. 1, January 24 vs. North Carolina
The Tar Heels, in 2021-22 under first-year head coach Hubert Davis, kind of shocked the college basketball world in advancing to the NCAA Tournament championship game this past April, where UNC fell to Kansas.

North Carolina brings back much of its starting rotation, and there is chatter that the Tar Heels could start out the 2022-23 stanza as the No. 1 squad nationwide in the pre-season top-25 polls.
...

Syracuse basketball hosted one of its top class of 2023 targets for an official visit over the weekend in guard Mike Williams. Williams plays for Bishop Walsh School in Maryland for high school ball, and runs with Team Thrill on the AAU circuit.

"Some things I got to do was I hung out with the team a lot," Williams said. "Talk to the coaches, spent some time with the coaches. Really just being in the gym with the guys was one of the best parts other than going to coach's house."

Being in the gym with the guys was referring to watching practice and seeing how they prepare. As well as discussing what it's like to play at Syracuse.

"It was really interesting," Williams said. "Lost of energy throughout the whole practice. They were engaged with me and made me feel like I was already part of the team. Basically, it (the system) fits the way I like to play. They were basically telling me it fits the way I play, coach Boeheim is going to let me rock out. He's really going to let you play a lot, so that's a system that's a great fit for me."
...

Miami is a tough job and looking back, Jim Larranaga, who had been at George Mason, was a brilliant hire.

At Mason he could not recruit the same players the power conference schools went after, so he perfected a knack of finding guys who were just a little off, who for whatever reason, were passed over: too small, too heavy, maybe with a missing tool in their skillset that someone else on the team could compensate for.

Consistently at Mason, the whole was greater than the sum of the parts and Larranaga peaked there with a miraculous Final Four run in 2006 including a spectacular win over Jim Calhoun’s UConn.

He’s been able to recruit better talent to Miami, but still has a knack for finding underappreciated players. He’s also worked the transfer portal very well.

After an uncharacteristic three years of losing, Miami got back on track last season (as always, we give a pass to the Covid year so let’s say two rather than three). There were some key injuries for those teams as well. Luck is always part of things, and Miami’s was just bad for a while.

Last year the ‘Canes bounced back, finishing 26-11, including a win at Duke and a brilliant, highly entertaining NCAA run to the Elite Eight. Only eventual national champion Kansas kept Larranaga from a second Final Four. Miami knocked off a talented USC squad 68-66 and then became the second ACC team to thump Bruce Pearl’s Auburn team in recent NCAA tournaments, 79-61 (Clemson pounded Auburn 84-53 in 2018 and, like Miami, lost to Kansas in the following game).

Then came a big win over Iowa State before running into the Jayhawks. It was one of the finest runs in recent NCAA history, in our opinion, and Miami was superb throughout. It really underscored what a tremendous coach Larranaga is.


He loses a lot from that team: Sam Waardenburg, Charlie Moore, Kameron McGusty, Rodney Miller and Deng Gak are all gone.

Miller and Gak are no big deal. Gak was a highly coveted recruit who had injuries throughout his career and never lived up to what was expected of him in basketball. On the other hand, he, like former Duke star Luol Deng, was a Dinka whose family left Somalia during its Civil War and, like Deng, lived in Egypt for a time. Also like Deng, he went to Blair Academy and then an ACC school. He was born to a family in a nomadic culture who became refugees and now has a college degree in America. Who cares about basketball in the face of that? His life is a miracle.
...

Starting Your Head Coaching Career In The ACC Can’t Be Easy (DBR; Jacobs)

Some were among the greatest coaches in ACC men’s basketball history. Others were among the ACC’s most forgettable bench commanders. And now we’ve added two more to the mix — at Duke, replacing a legend, and at Louisville, trying to fix a mess of a program that secured a national title a mere decade ago.

The track records of those lacking head coaching experience contradict the oft-heard protestations of athletic directors who insist they want –no, need — to hire someone tested on the sidelines. Seasoning is useful and instructive in gauging and sustaining coaching talent, but hardly a prerequisite for success.

Taking a chance on an unproven leader is often worth the risk. And cheaper, too.

True, there are plenty of fizzles among those who gain their baptism under fire as first-time ACC head coaches. A quick look at the chart below reveals that truth.

On the other hand, if you count eventual ACC coaches Jim Boeheim and Roy Williams, unproven commodities when they took over at Syracuse and Kansas and later UNC, respectively, the league benefited from four men who went from assistants to Hall of Famers. The others, of course, were UNC’s Dean Smith, a Frank McGuire assistant, and NC State’s Everett Case, who hadn’t previously coached in college.

Add Duke’s Vic Bubas, a Case assistant whose teams won four ACC tournaments and reached three Final Fours in his decade establishing the Blue Devils on the national stage; and UNC’s Bill Guthridge, a Smith protégé with a pair of Final Four squads in three years at the helm, and that’s quite a contingent.

Less notable was the tenure of Sidney Lowe, who arrived at NC State with several short stints as an NBA coach but no college experience under his belt. When established coaches shied from coming to the unsettled program in Raleigh, Lowe guided the search committee on which he participated to pick himself. His first year on the job was his best; his teams never finished higher than tied for ninth in the ACC.
... 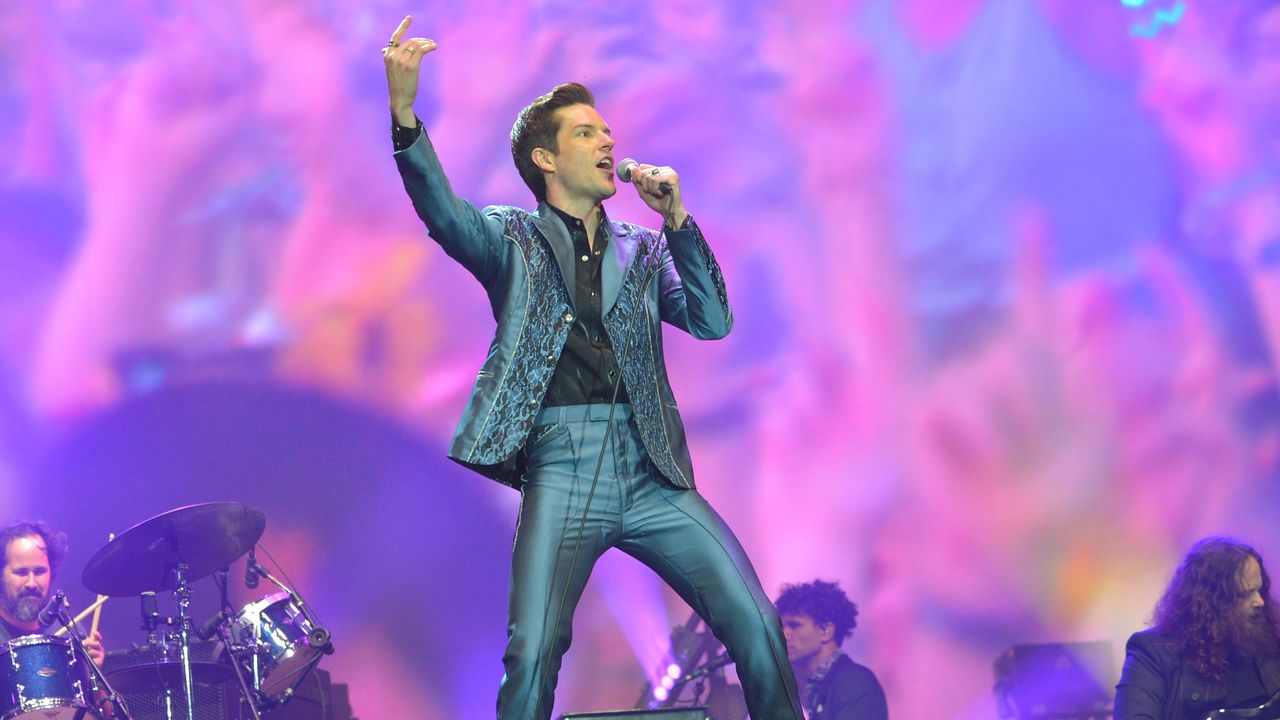 Brandon Flowers of The Killers performs live on the Pyramid stage during day four of Glastonbury Festival at Worthy Farm, Pilton on June 29, 2019 in Glastonbury, England.Jim Dyson/Getty Images

The Killers, Apple Harvest Festival, ‘Hocus Pocus’: 13 things to do in CNY this week (PS; Struck)

Spooky season is upon us! That means witchy movie drive-ins, haunted hayrides, a celestial symphony event and supernatural ballets, alongside lighter fare like the Ithaca apple harvest festival, knitting club and cider flights. A couple of local events: TAP into the MOST is back and there’s the Downtown Diaper Walk on Thursday. Plus, tango lessons or a The Killers concert to get the blood pumping. Just watch out for vampires.

American rock band The Killers will play at Turning Stone Resort Casino on Monday night. The band of “Mr. Brightside” and “Somebody Told Me” fame has sold more than 28 million records worldwide and headlined Madison Square Garden and Wembley Stadium. Tickets for the Monday show are $106 after fees and up through turningstone.com.

Working on a project? Pop in to the Cortland Free Library on Monday evening for some social knitting (or crocheting, sewing, whatever you like). The group is open to all skill levels from age 12 and up, and meets at 6 p.m.

Syracuse Tango will host free practica Tuesdays for the next couple of months. Practice is at Skybarn on Acre Road in Syracuse and goes from 7:30 p.m. to 10 p.m. Go to dance the Argentine tango, share moves and technique, or just hang out. You don’t have to bring a partner. More information at the Syracuse Tango Facebook page.