Rainforest Day celebrates the positive impact of rainforests, brings awareness to their plight, and aims to reduce humankind's negative impact on them. Found in South and Central America, West and Central Africa, Southeast Asia, and Australia, rainforests make up just 2% of the Earth's surface area. They usually are lush, humid, and hot, with an average temperature of 86 degrees Fahrenheit during the day and 68 degrees Fahrenheit at night. They tend to receive rain year-round, usually more than 70 inches. Not all rainforests are the same, however, with tropical, temperate, mangrove, and monsoon rainforests differing from each other.

Rainforests are essential because they absorb carbon dioxide from human activity, produce oxygen, provide fresh water, provide a home for half of the world's animal and plant species, are the source of medicines, and stabilize climate patterns. Their loss—of which approximately 40 football fields worth disappear each minute—threatens biodiversity and the overall health of the Earth. Syracuse Orange men’s basketball guard Joe Girard will move to the shooting guard position for his senior year. The Glens Falls, New York native played point guard his first three seasons, but with Buddy Boeheim graduated and on to the profession ranks Girard will slide off-ball.

The move should free him to search for his scoring and hunt shots rather than bring the ball upcourt and initiate the offense.

“He’s really a natural scorer,” Jim Boeheim said. “He did a great job at the point. But I think it’s better for him and our team overall that he’s at the two.”

Girard, who spent his summer working out in Syracuse and interning at Drumlins Country Club, says he welcomes that change.

Syracuse also has options at point guard in a way it hasn’t had of late. The Orange bring in talented freshman Judah Mintz and return senior Symir Torrence. Quadir Copeland is capable of playing point as well.

“We do have better depth at the point guard with Judah, Sy [Torrence]. Quadir Copeland can play at the point as well as the two or the three,” Boeheim declared.

Girard might be more of a natural two guard, but he still proved solid manning the point. As a junior he averaged 13.8 points per game from the lead guard spot and shot 40.3% from outside. He had an assist-to-turnover ratio of 1.5. 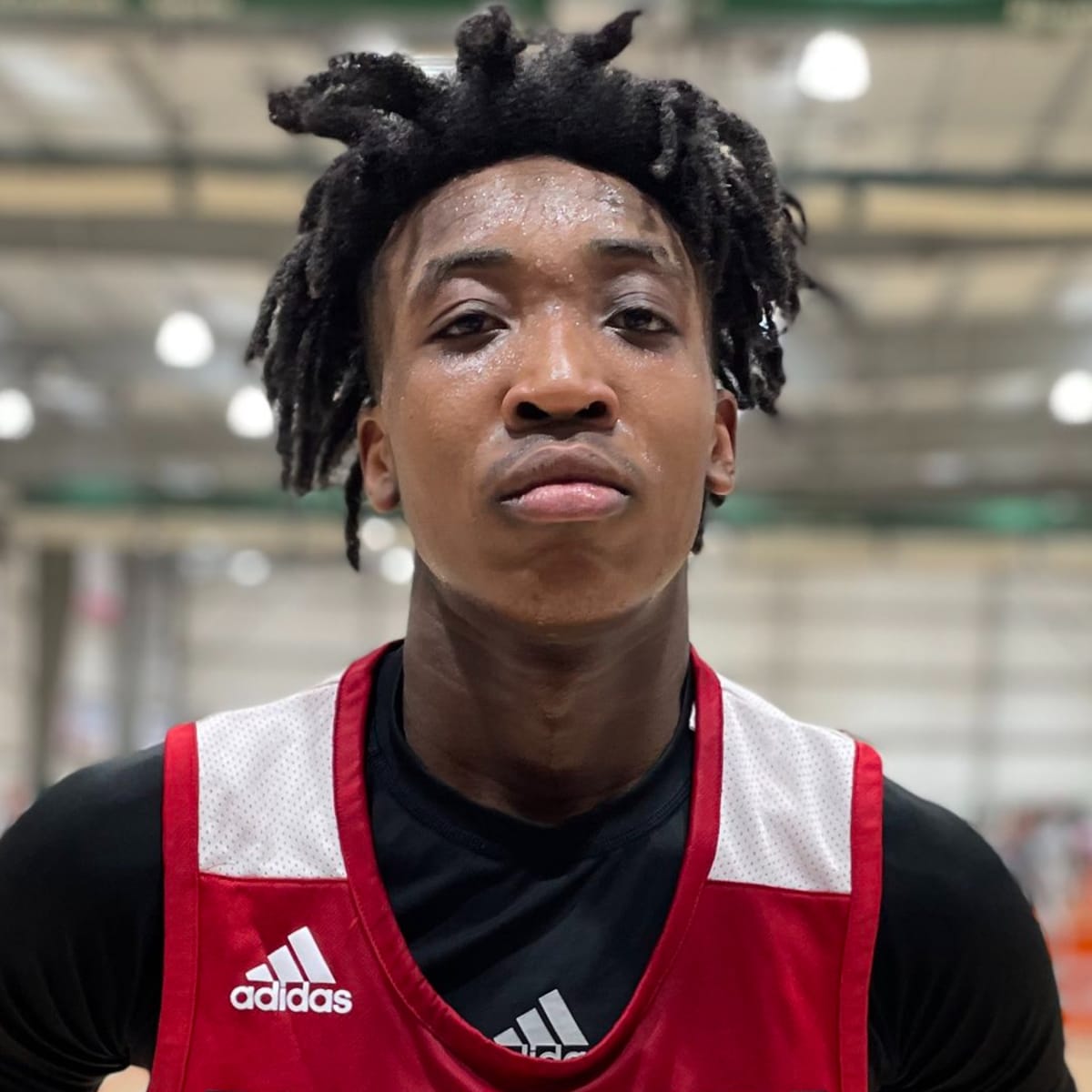 Syracuse basketball hosted one of its priority targets in the 2024 class in guard Elijah Moore out of Cardinal Hayes in the Bronx (NY) over the weekend for an official visit.

"The visit was really fun," Moore said. "I enjoyed the time I spent with the coaches and players. They treated me with love and definitely had a lot of good parts to it. I had a couple meetings with people from the school. I saw the campus, ate breakfast with the coaches, watched the team practice. I went to their orange and white game. I definitely did a lot.

"The best part for me was being able to go to coach's house and have dinner with the team."

During practice, Moore took note of a few different aspects regarding how the Orange teaches and their system on both ends of the floor.

"They allow their players to play with freedom and make mistakes," Moore said. "They run good stuff to gets shots for their shooters and they definitely compete."
...

Armando Bacot, the North Carolina center who turned down the opportunity to go pro in order to come back for his senior year, was the runaway choice as the ACC’s preseason Player of the Year in the ACC’s annual media poll.

Bacot, who helped lead the Tar Heels to the NCAA championship game a year ago, recorded 31 double-doubles last season. The North Carolina big man received 82 of a total of 101 votes cast. No other player received more than five votes.

Nine different players received at least one vote, but no Syracuse players were on a voter’s ballot. Miami’s Isaiah Wong was the second-highest vote-getter with five. North Carolina guard Caleb Love had four.

Bacot, as one might expect, led the voting for the ACC’s preseason all-conference team. On the first team along with Bacot were Wong and Love plus North Carolina State’s Terquavion Smith and Duke’s Jeremy Roach.

Syracuse seniors Joe Girard and Jesse Edwards were left off the All-ACC first and second teams in the preseason voting.

Girard failed to make the all-conference squads despite being the ACC’s eighth-leading returning scorer, top 3-point shooter and second in 3-pointers made among returning players.

Edwards led the ACC in blocks per game last season. He ranks fourth among returning players in rebounds per game.

The rookie of the year voting was almost an all-Duke affair. Duke freshmen were the top-four vote-getters with Lively leading the way with 57 votes. His teammates Dariq Whitehead, Tyrese Proctor and Mark Mitchell received 25, five and three votes apiece.

Notre Dame freshman J.J Starling, a native of Baldwinsville, received two votes as the ACC’s Rookie of the Year.

No votes were cast for any Syracuse freshman.
...

UNC tops ACC preseason poll; where do the voters have SU? (PS; Waters)

The North Carolina Tar Heels, with four of five starters back from the team that lost to Kansas in the NCAA championship game last April, were a near-unanimous pick to win the ACC in the league’s annual preseason media poll released on Tuesday.

Florida State and Notre Dame were next at fifth and sixth, respectively. The remaining first-place vote went to Virginia Tech, which wound up ranked seventh in the poll.

Syracuse, which is coming off the school’s first losing season in over 50 years, was picked to finish eighth in the conference. Syracuse returns just two starters, Joe Girard and Jesse Edwards, from a team that finished 16-17 a year ago.

The Orange was just ahead of No. 9 Wake Forest and No. 10 North Carolina State.

Rounding out the poll from 11 to 15 were: Clemson, Louisville, Boston College, Pittsburgh and Georgia Tech.
... 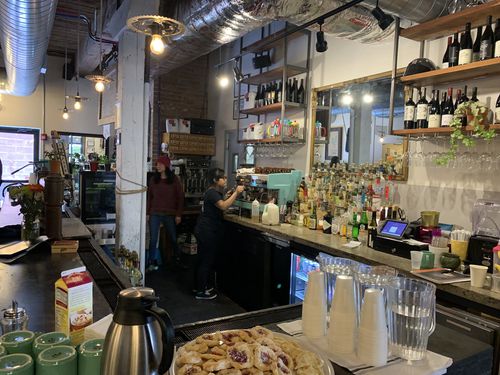 Mello Velo in Syracuse boasted the unusual combination of a bike shop, a bar and a cafe.

Two casual restaurants on Erie Boulevard East, one in Syracuse and one in DeWitt, are closing.

Mello Velo, a restaurant / bar attached to a bicycle shop at the corner of Erie Boulevard and Walnut Street in Syracuse, announced via Facebook that it will end food and drink service on Sunday, Oct. 29. The bike shop, whose address is at 790 Canal St., will remain open.

The Distillery, a franchise of a small Rochester-based chain, appears to have already closed its location at 3112 Erie Boulevard near Thompson Road East in DeWitt. The Distillery web site no longer lists DeWitt as a location. Its restaurants in Rochester’s Mt. Hope neighborhood and the suburbs of Henrietta and Victor remain open.

Mello Velo, whose bright green and red brick building stands out on Erie Boulevard at Walnut, started as a small upstairs café in the heart of the Westcott Street business district in 2009. Owners Steve and Sara Morris, looking for more space, bought the industrial building along Erie Boulevard in 2015. It opened in 2018 after renovations.

“Baby Marcy used to always say she wanted to work in the Cafe when she grew up,” they posted along with accompanying family pictures of kids in boxes. “She’s been growing up before our eyes ever since we started building out this special space over 8 years ago. Now there’s a new Bike Shop ‘box baby’ and it’s time for us to close this wild & wonderful chapter and scale back.

“We are so grateful for everyone who has traveled through our Cafe doors – you allowed us to dream big, take risks & push us harder and further than we knew we could, and we have gained so much! But most importantly, we love how so many “non-bike” people unwittingly hung out in a bicycle shop (café)!”

They also said that anyone interested in taking over the café can contact them. Gift certificates from the café will be honored at the bike shop. The Morrises could not be reached for more information.

The Distillery opened in 2014 in the spot near Erie Boulevard and Thompson Road that had been home to an Outback Steakhouse. It was a sports bar, with plenty of TVs, and a menu featuring craft beer, specialty drinks, wings, artisan pizzas, ribs and half-pound burgers.