Change Ad Consent Do not sell my data Orangeyes Daily Articles for Monday - for Football | Syracusefan.com
Menu
Log in
Register
Install the app
You are using an out of date browser. It may not display this or other websites correctly.
You should upgrade or use an alternative browser.

Presidents' Day is officially known as Washington's Birthday, and is a holiday to honor the first president, George Washington, who was born on February 22, 1732. It is a federal holiday, as well as a state holiday in many states. In 1800, the year after Washington's death, the day became an unofficial day of remembrance. The centennial of his birth was a particularly important day of celebration, and the Washington Monument went under construction in 1848. Congress and President Rutherford B. Hayes made Washington's Birthday a holiday in 1879. Originally only federal offices in Washington D.C. were closed, but this was expanded to all federal offices in 1885. At this time the holiday was observed on Washington's actual birthday.

In 1971, the Uniform Monday Holiday Act took effect. It made it so that some holidays, including Washington's Birthday, would be held on Mondays—Washington's Birthday began being held on the third Monday of February, which falls between February 15 and 21, but never on his actual birthday. There had been a provision in the bill to combine Washington and Lincoln's birthdays together for the holiday, but this was eventually dropped. Nonetheless, the day soon became known informally as Presidents' Day, and some believed the new date was chosen to honor both presidents, although that was not the law's intent. By the late-1980s, advertisers began calling it as such, and began pushing for a formal name change. Businesses originally had mainly been closed on the day, but began staying open, and started holding sales. This was particularly true with car dealerships. Many other things tend to function as if the day was a normal day. For example, public transit tends to run as it would if it wasn't a holiday, and colleges and universities tend to hold normal scheduled classes. 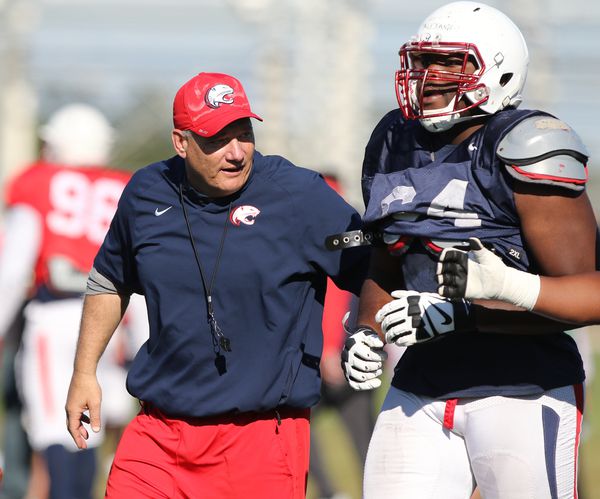 One of Syracuse football’s remaining recruiting targets ahead of the 2019 season has set a date to take an official visit to campus.

The visit will allow Alexander to check out the campus, interact with the football staff and players and get a feel for how he would fit in with the Orange.

Graduate transfers are permitted to take five official visits throughout their recruitment. Alexander said he is scheduled to visit Arizona on March 27-29. He previously visited Rutgers earlier this month.

Alexander, 23, would fill one of the team’s roster needs ahead of the 2019 season.

The addition of the 6-foot-3, 300-pound Alexander would bring to the unit a multi-year starter at right tackle who posted a team-high 46 knockdown blocks last season and graded out at 84 percent on his assignments, according to South Alabama.

Spoo lead the Panthers for 25 season, winning 144 games, the most by any Panthers head football coach. He took EIU to the playoffs nine times, and won five conference championships.

Former EIU head coach and current Syracuse leader Dino Babers made the trip back to Charleston honor his former boss.

"When you're honoring Bob Spoo and the things that he's done here, 25 years as a head football coach, hall of famer, I had to come back," Dino Babers said. "I was on the initial coaching staff, the 1987 coaching staff, his first one, and I was his last hire. So out of respect for him, I had to be here. Bob Spoo is all about peopole. All about character. If you want to change the football player on the field, then you attack the football player off the field and that's Coach Spoo."

Just how good are all of the ACC teams? There are still plenty of injuries, suspensions, and depth chart changes to come over the next several months – and spring football still has to kick in – but here’s the first look.

Based off of the schedules, timing of the big games, and the talent coming back, here’s around where the win total futures should be set.

The win total line projections are based on the regular season – bowl games or conference championships don’t count. And remember, this is a cold business. The investment market will set the line as the offseason goes on.

The Eagles need some help on the lines, and the secondary was gutted, but the offensive backfield should be special as long as RB AJ Dillon is being AJ Dillon. However, there’s just enough rebuilding to do to be a problem.

The schedule has a few sure-thing wins early, but road games at Clemson, Syracuse, Notre Dame and Pitt – all wrapped around a home game against Florida State – make it tough to push for more than seven wins.

Can Dino Babers keep it all going? If the quarterback situation is strong – Tommy DeVito needs to step up – and the offensive line can fill in the parts, there’s a lot to like. There shouldn’t be a step back, if any.

Clemson has to come to Syracuse – the Orange have given the Tigers problems over the last two seasons. There isn’t another almost-sure-thing loss on the slate, but going to NC State isn’t going to be easy, and the date at Florida State will be a problem.

Their 7th annual Alumni Awards for the season's best NFL player from each ACC college program. Here are the 2018 winners...

According to SBNation's research, the two P5 teams most often banned from bowls/postseason play are Auburn (9x) and One Miss (6x). I guess it just means more? After those two are a bunch of Big XII teams (Oklahoma State, Kansas State, Oklahoma) which were all banned 5 times, along with the USC Trojans (also banned 5x).

What about ACC teams, you ask? Here are the teams I found in the SBNation article...

"Pretty good teams that could’ve gotten more of their money’s worth, but still fared decently post-cheating"

"Teams that missed out on pretty good bowl games"

Note: the Gamecocks managed to get banned once before exiting the ACC in 1971.

If you consider the fact that all but one of Miami's bowl bans occurred before the Hurricanes joined the ACC, it's clear that NC State fans might have a legitimate grievance as the most-banned team in the ACC. In fact, the most egregious bowl ban is also from the ACC (pre-expansion):

The ‘57 NC State team won the ACC but was banned because the NCAA decided to punish the whole athletic department for basketball infractions. The Wolfpack missed out on what would have still, today, been their only Orange Bowl berth. The bid instead went to Duke, the second-place team, which got walloped by Oklahoma. That sticks out as a sad bowl ban.

The Wolfpack football was ineligible to play in a postseason bowl game from 1956 until 1959 because of something their basketball team did... Wow! That's how stupid the ACC used to be.

It's my sincere hope that the additions of GT, FSU, Miami, VT, BC, Syracuse, Pitt, Notre Dame and Louisville will insure that no ACC football team is ever punished for the sins of the basketball team again... or make any other equally-foolish decision.

Here are the Spring Games we know about so far...

Combine to be featured on broadcast TV for the first time

Only one true ACC conference game makes the list - and it isn't Clemson vs. Florida State this year!

(Note: I'll be giving you my picks for ACC game to watch each week real soon now)

For a team that ended up with a 6-7 record, the Hokies signed a pretty good class this year!

After making some solid recruiting efforts to bolster the offensive line depth in the Class of 2019, Virginia Tech also added one more lineman with a transfer. Brock Hoffman, formerly of Coastal Carolina...

BOTTOM LINE: If it turns out that Bud Foster can mold some of those 4-star ATH into playing DBs, Virginia Tech should have a pretty solid roster for the next few years. The offensive line, at least, looks solid!

Do you appreciate having a FREE source for ACC football information? Do you enjoy reading the articles, opinions, and rebuttals? Do you like the convenience of having your links, news and rumors in one place?

Do you want to show your support and keep it that way? We are now accepting small donations (from one cent and up, but sorry, not tax-deductible) via PayPay:

(No T-shirts yet, but they are COMING SOON).

There are also other ways you can support ACCFootballRx. You can support our advertisers by checking out their links from time to time. You can leave a comment or send an email, link to a favorite article, or even submit a guest article for consideration via email! For more on these ideas, check out our "Support this Site!" link.

And THANK YOU FOR YOUR SUPPORT!

With a sewer system of crumbling lines threading under Onondaga County reaching up to 120 years in age, the county employs robotic cameras and clever patch fixes to avoid shutting down vital roads and streets for months-long excavation projects that can hinder commutes, and further damage eroding sewer systems