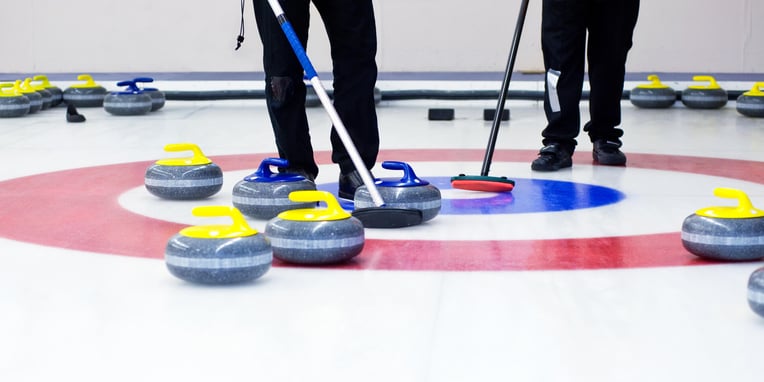 Welcome to Curling is Cool Day!

Curling sport is one of the oldest team sport was first played approximately in the late medieval period in Scotland. This game was initially played on frozen ponds and lochs during winter. It was originated from the rumbling sound the 20 kg granite stone made while Scots were travelling across the ice. The first curling stones were used in 1511, which came from Scottish regions. Later Stones with handles were added in the 1600s. The first curling club was originated in Scotland, i.e., the Grand Caledonian Curling Club, formed in 1838 who formulated the first official rules of the sport. In 20th-century the developments in the games were standardised, and indoor, refrigerated ice facilities were used. Curling was played first at the Winter Olympics in 1998.

The Orange played without two of its premier running backs in 2020 after the duo opted out for coronavirus-related reasons, although a thorough explanation was never given by the players or coach Dino Babers.

Adams, a redshirt senior, played the first 11 games of the 2019 season and finished third on the team in rushing with 336 yards on 87 carries. He tied for second - with Howard - on the team with three rushing touchdowns. He also had 15 receptions for 141 yards.
... 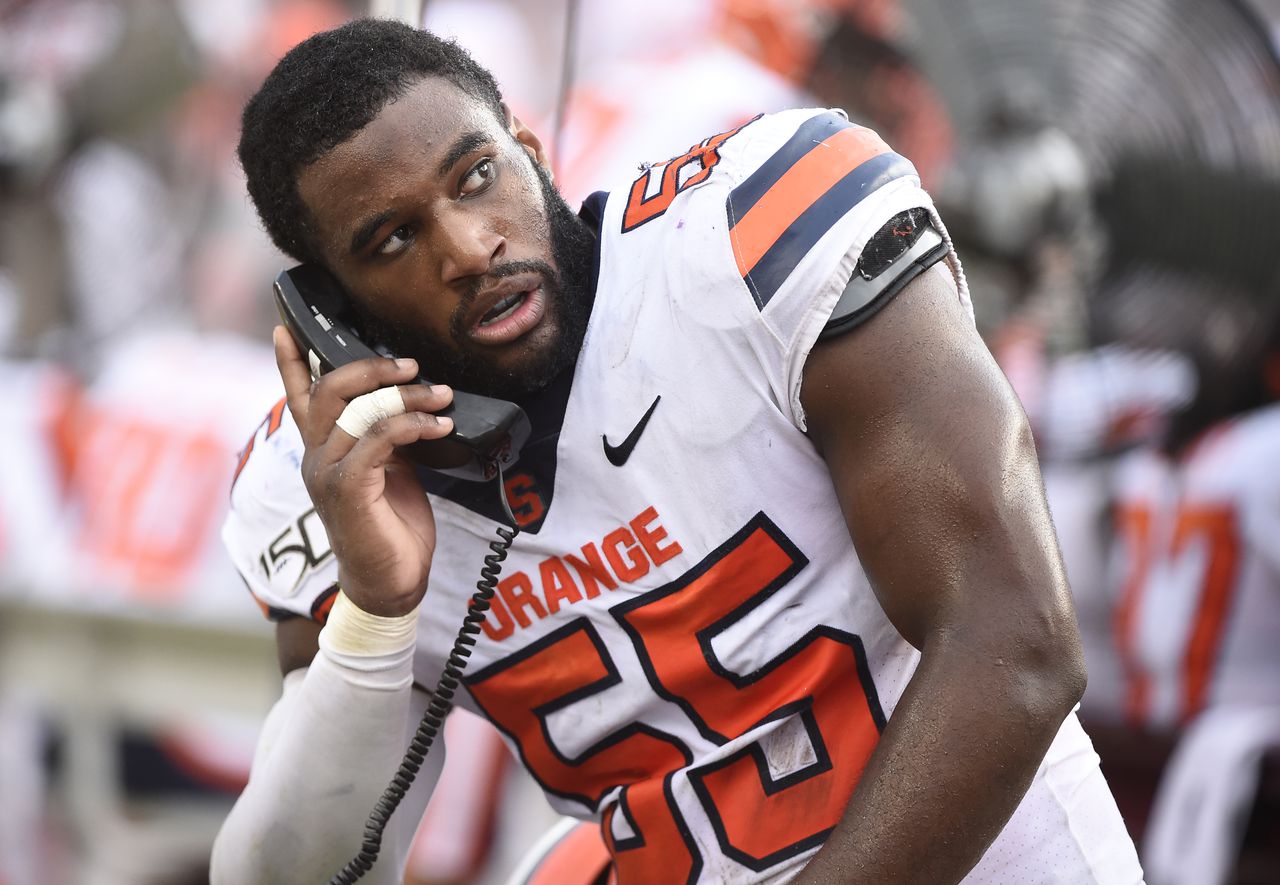 One of Syracuse football’s most productive defensive ends in recent history is joining Dino Babers’ staff as an offensive graduate assistant.

Kendall Coleman, who helped bookend the defensive line from 2016-19, is back at Syracuse, getting into coaching while working toward a master’s degree, his mother confirmed. Coleman also updated his Twitter page to reflect his new position within the program.

As a grad assistant, Coleman will be allowed to evaluate recruits on campus and work with current players on the field. It’s unclear which offensive position group Coleman will assist. The job usually includes heavy scout work preparing for an upcoming opponent. NCAA rules cap the number of on-field graduate assistants at four.

His addition continues an offseason restructuring of the staff. Syracuse turned over two full-time assistant coaching positions at wide receiver and the offensive line. At the support-staff level, it lost guys to Florida State and Vanderbilt and retained former grad assistant Travis Greene as an offensive analyst.
...

Brian Kelly and Notre Dame said Monday they are supporting the team’s student-athletes by not being a part of EA Sports’ new college football game.

In a statement posted on social media, Notre Dame said it will not be involved in the video game until the issues of name, image and likeness are settled.

“Notre Dame Athletics welcomes the return of EA Sports College Football, a video game series that has historically helped promote interest in college football,” the statement read. “Notre Dame will not, however, participate in the game until such time as rules have been finalized governing the participation of our student-athletes.

“As those rules are developed, it is our strong desire that student-athletes be allowed to benefit directly from allowing their name, image and performance history to be used in the game.”

On Feb. 2, EA Sports announced it was bringing the game back. While no timetable was set for a return of the game, EA Sports vice president and general manager Daryl Holt said his company has partnered with CLC - a collegiate licensing company - to begin production for FBS schools, traditions, uniforms and playbooks. There will be more than 100 teams in the game.
...

Thanks to AllThingsFSU for finding this gem on twitter:

There are 8 College Football Blue Bloods

These are who the Blue Bloods have losing records against.

1. If we accept the premise that there are only eight true "blue bloods", then there are no full-time ACC football members of that club, but part-timer Notre Dame does make the cut.

2. Several of these "blue blood" teams have losing records versus ACC teams:

If this is football royalty, then the ACC is Robin Hood and his merry men (Clemson and FSU can fight over who gets to be Robin Hood).
...


ACCN: "No Struggle, No Progress"​

PROGRAMMING ALERT: ACC Unite: No Struggle, No Progress Airs Tonight at 7 p.m. ET
As part of ESPN’s celebration of “Black History Always,” and in conjunction with the ACC’s Unity Week, ACC Network will air ACC Unite: No Struggle, No Progress tonight at 7 p.m. ET. The one-hour virtual roundtable hosted by Dalen Cuff will examine how the social justice struggle has manifested itself in society, what progress needs to be made and the path forward. Roundtable guests from each of the ACC’s 15 institutions include trailblazers who broke the color barrier, coaches, administrators and student-athletes who have been leaders in the fight for social justice and racial equality:
...

From ESPN: Which college football transfers will make an impact in 2021?

...This year more than ever, coaches utilized the transfer portal as part of their recruiting strategy to help fill holes on the roster, in part because the NCAA granted every student-athlete an extra year of eligibility amid the COVID-19 pandemic... Some very talented players have already chosen new teams. Here is a look at some of the biggest [ACC-related] transfers so far at each position, as well as some highly touted players who are still in the portal...

McKenzie Milton, UCF to Florida State
The Seminoles need help at quarterback, and Milton has been cleared to play after his horrific injury at UCF. In 2017, Milton threw for 4,037 yards, 37 touchdowns and nine interceptions, leading UCF to an undefeated season. If he's able to play close to 100%, he could be a big help on offense.
Jack Coan, Wisconsin to Notre Dame
Coan will replace Ian Book, who threw for 2,830 yards, 15 touchdowns and three interceptions this season, completing nearly 65% of his passes and taking the Irish to the College Football Playoff. Coan won't have the same team Book did, but if he can improve his numbers -- 2,727 yards, 18 touchdowns, five interceptions and a 69.6% completion percentage in 2019 -- then he can be a good transition quarterback for Notre Dame.
If Jack Coan can improve on his 2,727 passing yards and 18 touchdowns in 2019, he can be a good transition quarterback for Notre Dame in 2021. Gary A. Vasquez/USA TODAY Sports
Notable QBs in the portal: Alan Bowman (Texas Tech), Terry Wilson (Kentucky), N'Kosi Perry (Miami)

Demarkcus Bowman, Clemson to Florida
Bowman, the No. 23-ranked recruit overall and No. 4 running back in the 2020 class, signed with Clemson but only totaled nine carries for 32 yards this past season. He's originally from Lakeland, Florida, and now has four seasons to help the Florida offense.
Ty Chandler, Tennessee to North Carolina
Chandler split carries with Gray and had 456 yards with four touchdowns on 100 carries. He had over 600 yards rushing the two previous seasons along with seven total touchdowns.
Notable RBs in the portal: Mark-Antony Richards (Auburn), Deondrick Glass (Oklahoma)
...

Biggest question: Do the Panthers move from the middle of the pack?

The return of Pickett, who was expected to declare for the NFL draft, is a major plus for a program that has hovered between five and eight wins for all six of Pat Narduzzi’s seasons. On the receiving end of many of Pickett's throws should be Addison, a freshman standout last year. The defense that was dominant up front (ranked third in the nation against the run) lost several key performers. How those gaps are filled will determine if Pitt can threaten in the Coastal Division.

Biggest question: Is this the last stand for Dino Babers?

The 10-win season in 2018 seems like a lifetime ago for the Orange. They’ve won just six of 23 games since, putting their coach under pressure to change course quickly or his departure seems assured. The offense, Babers’ specialty, has regressed with issues at quarterback being the first order of business. Tucker and Harris provide two weapons for whomever is behind center. The defensive line returns intact to provide a solid foundation.
... 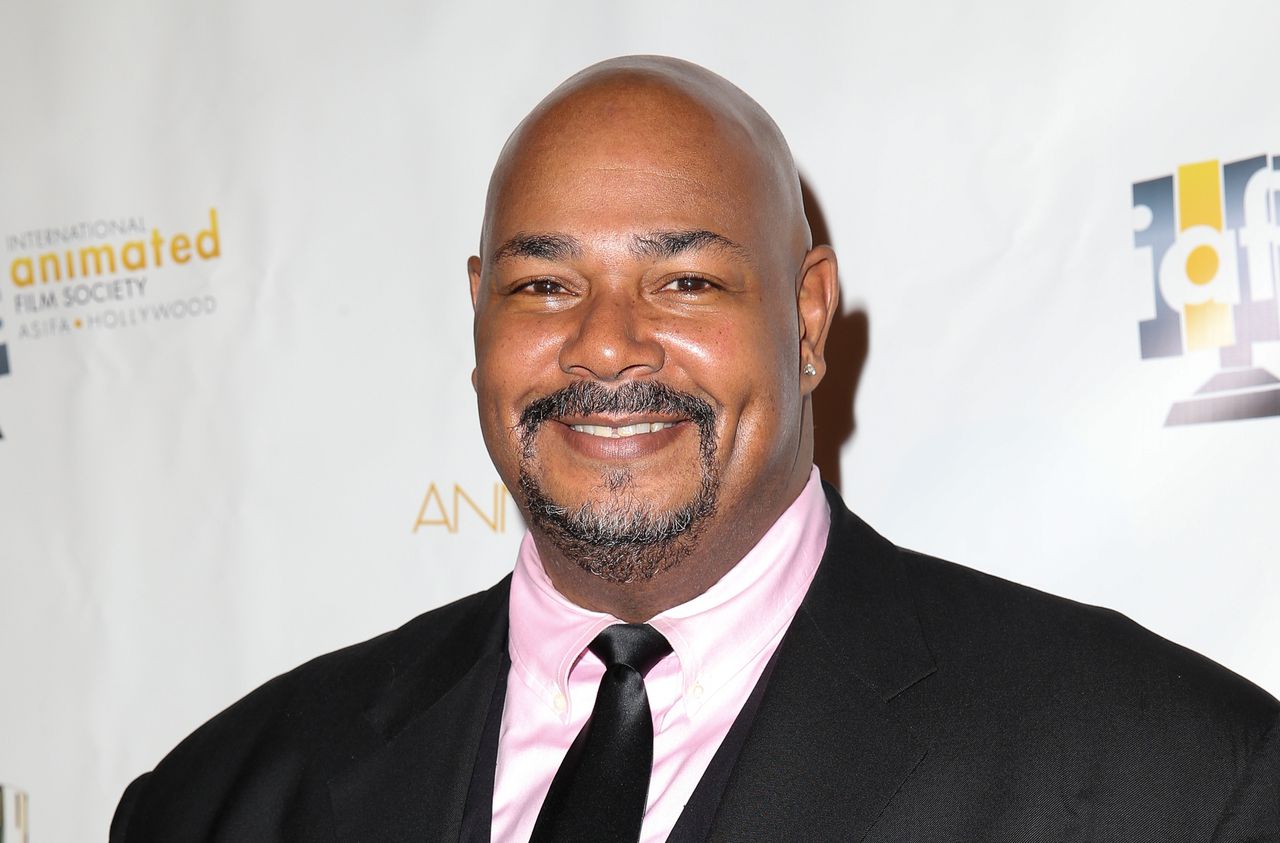 Another longtime character on “The Simpsons” is finally getting recast.

Syracuse University alumnus Kevin Michael Richardson will be taking over the role of Dr. Julius Hibbert starting with “Wad Goals,” the Season 32 episode of the animated Fox series that airs Feb. 28. The Black character, who was originally introduced in Season 2, has long been established as one of Springfield’s most competent healthcare professionals.

Richardson is talking over the role from Harry Shearer, who has portrayed Dr. Hibbert for more than 30 years. Shearer, a white actor who has been a part of “The Simpsons” cast since its debut, also voices prominent Springfield residents Ned Flanders, Principal Skinner, Waylon Smithers and Mr. Burns.

Harry Shearer will no longer voice Dr. Hibbert in ‘THE SIMPSONS’ after 30 years in the role.

Kevin Michael Richardson will take over the role permanently.

The animation industry and its practice of white actors voicing nonwhite characters came under renewed scrutiny last year amid the nationwide racial-justice protests in response to the killing of George Floyd and police violence against Black Americans.

Actors such as Jenny Slate, Kristen Bell and Mike Henry announced in June that they were stepping down from playing Black characters on “Big Mouth,” “Central Park” and “Family Guy,” respectively, so that the roles could be recast with Black actors.
...