According to the Bacon Day website, the day was created by Danya Goodman and Meff Leonard. They came up with the day as a way to celebrate bacon and The Simpsons. In The Simpsons episode "I Love Lisa," Homer asks, "Is it Bacon Day?" This is how the creators of the day tied the celebration of two things they love together.

So what's the story of bacon? Bacon is a popular treat cut from the meat of a pig. In the United States, bacon refers to meat from the belly of the pig, known as the pork belly. Bacon from the loin is called Canadian bacon. To make bacon, the pork is cured using salt, and is then dried, boiled, or smoked. The smoking of bacon is often done with hickory, mesquite, or maple wood, and flavors such as brown sugar or maple may be added. More often than not, bacon is pan fried, and it is popular as a breakfast food, in sandwiches like the BLT or club sandwich, as a complement to salads, and in wrapping other foods. "Bacon mania" has swept the United States and Canada since the late 1990's, where there has been a great increase in the amount of bacon being eaten, and in the amount of new bacon recipes. The high sodium and nitrate content of bacon that lower its health benefits has not seemed to much slow down the bacon craze.

Florida football in the mix for Jared Verse, one of the best in transfer portal (gainesville.com; Rosenberg)

Defensive lineman Jared Verse is the No. 1 player on The Athletic’s list of hottest names in the transfer portal, and Florida appears to have a shot at landing the Albany standout.

Verse racked up 75 tackles, 21.5 tackles for loss, 14.5 sacks and two forced fumbles this season at the FCS level, and now everyone wants him. Florida State, LSU, Miami, Oklahoma, Tennessee, Texas and USC are among the 30 programs Florida is competing with for Verse. He originally planned on announcing a top five but has decided to go with the quiet route after thinking it over.

“I kind of realized a top five — not that it’s immature in any aspect, but as an older guy, I don’t really need to do that,” Verse said to 247Sports. “It’d be more respectful to the coaches. Plus, I’m not eliminating anyone, so when I do make my decision, call the coaches, let them know, ‘I do not plan on coming to your school. Thank you for reaching out to me.” 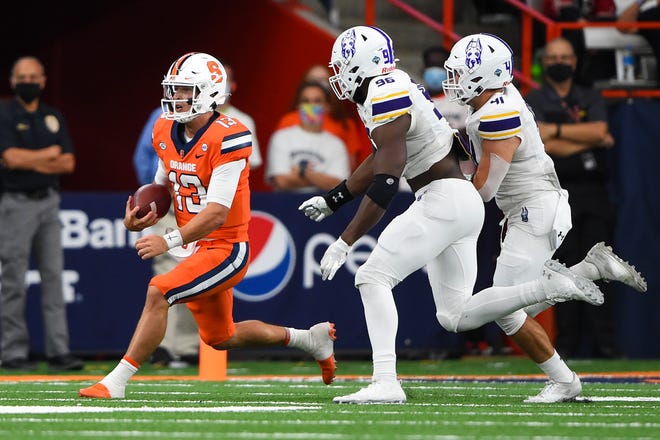 After being overlooked in 2019 during his initial recruitment, Verse is clearly taking his second chance seriously. He’s already made trips to FSU, Tennessee, Syracuse and Houston, but that was before some of the bigger offers came in.

Verse said that he’s already narrowed down his options to a few to pick from, but he’s not tipping much other than revealing that the Volunteers have done enough to earn serious consideration. The plan is to announce sometime in the next week, but it wouldn’t be odd for Verse to push back the announcement again.

Whichever team lands the FCS All-American will be adding one of the best defensive ends in the country, and that’s a position of need for many teams right now (including Florida). The Gators could use Verse up front next season as Zach Carter and Khris Bogle are both moving on from the program.
...

Clemson coach Dabo Swinney became the sixth-fastest coach in college football history to reach 150 voctory. He gave the credit to his players following the No. 19 Tigers' 20-13 victory over Iowa State on Wednesday night in the Cheez-It Bowl.

''This team's journey was full of adversity and we probably had more adversity this year than the last seven combined,'' said Swinney, who became just the third coach to win at least 150 games in fewer than 15 seasons. ''What made it great was how everybody in the whole program, the thing that never flinched was the leadership.

''This was a complete program effort. . What made this team special was because they didn't make excuses.''

Cornerback Mario Goodrich was named the game's MVP after returning an interception 18 yards for a third-quarter touchdown and swatting the ball out of Iowa State quarterback Brock Purdy's hands in the final minute to preserve the victory.

''It means a lot for everyone on this team because we started off 2-2 and to rally back and get 10 wins is amazing,'' Goodrich said. ''To keep the tradition going, it's a legacy. It's amazing to finish my last game with these guys and go out on a good note.''

This game featured one of the craziest pick-6 touchdowns you've ever seen... and some very good defense by the Tigers.

The Hokies wore helmets with "NY" (the Yankees logo) on them. Hopefully no one recognized them!
Seriously, how bad was it? Let David Teel explain.

How much money has the ACC lost because BC, UVa, Miami, and UCLA couldn't field a team?

The Yankees organization always envisioned the New Era Pinstripe Bowl as a major college football game on the calendar in the Bronx. On December 30, 2010, Syracuse defeated Kansas State 36-34 in the inaugural game at Yankee Stadium before 38,274 fans.

Last year the game was canceled due to COVID-19 as Yankees and bowl game officials had to abide with New York State guidelines. Rutgers, Notre Dame, Penn State and Michigan State have been there. Six years ago, 49,012 fans set a Pinstripe Bowl record as Penn State defeated Boston College in overtime.

Perhaps the ongoing pandemic had an impact Wednesday afternoon in the Bronx. A record low 29,653 saw a blowout as Maryland defeated Virginia Tech 54-10, then again, these two schools don’t have a following like Penn State or Rutgers. Pinstripe Bowl officials send the invites and if Notre Dame was available, the Irish supporters probably would have packed the stadium.

Regardless, this has become a major bowl game. Despite the blowout, the game has become an experience for the coaches and players who get the royal treatment of touring NYC landmarks that include the 9/11 Memorial.

Maryland played the game at Yankee Stadium, toured Monument Park and got a win in their first Pinstripe Bowl game appearance. 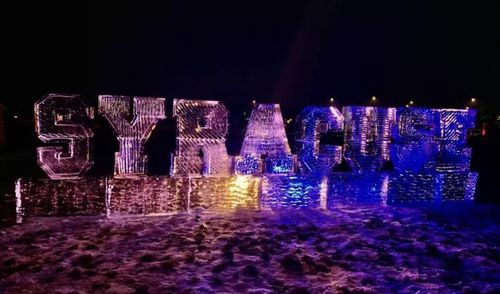 Ice Masters is returning to the New York State Fairgrounds this week.

The Wegmans Ice Masters Holiday Drive Through Display, presented by The Ice Farm, will feature more than 80 individual hand-carved ice sculptures by world-renowned sculptors from Wednesday, Dec. 29, through Sunday, Jan. 2. Time slots are available every 30 minutes between 5 p.m. and 10 p.m.

The magical drive-thru experience combines light up displays, carved from more than 150,000 pounds of clear ice blocks, with holiday tunes to sing along as people drive around and celebrate the season. Cameras are welcome.

Tickets for this year’s Ice Masters are on sale at The Wegmans Ice Masters - Holiday Drive Through Display. Prices are $25 per car, plus fees.

The event is being presented by Stan Kolonko of East Syracuse’s The Ice Farm, a frequent exhibitor at the Great New York State Fair and other events. Last year’s “Ice Sculpting Masters” drew about 1,200 cars on opening night for safe, socially distanced entertainment.

Due to Covid-19, this is a drive-thru experience only. Guests should remain in their cars at all times and plan accordingly, as local restrictions limit public restrooms.
... 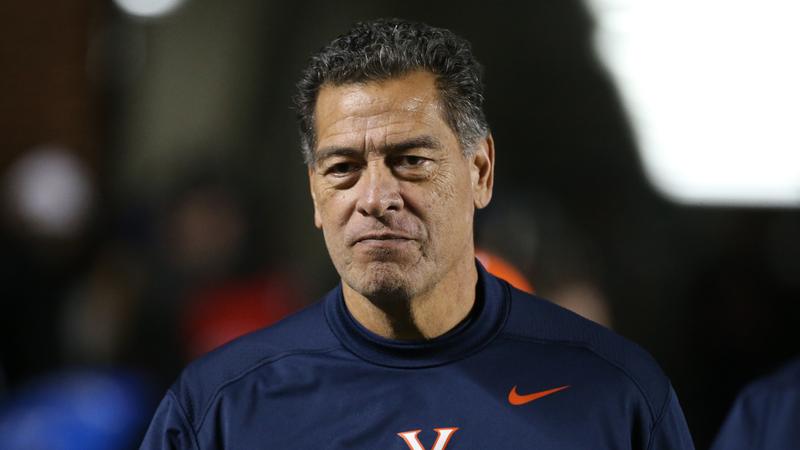 The architect of the unit that ranked third in the FBS in total offense this season is headed to the Orange. Head Coach Dino Babers has added Robert Anae to his staff as the team's offensive coordinator. 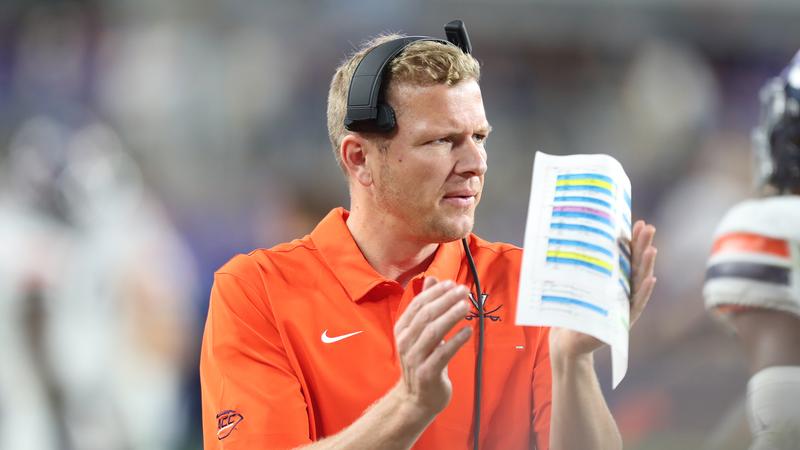 Jason Beck, who has been the position coach for three active NFL quarterbacks, joins the Syracuse staff to coach the position after helping lead the nation's No. 2 passing offense this season.