Change Ad Consent Do not sell my data Orangeyes Daily Articles for Tuesday - for Football | Syracusefan.com
Menu
Log in
Register
Install the app
You are using an out of date browser. It may not display this or other websites correctly.
You should upgrade or use an alternative browser.

National Wildlife Day (Feb. 22nd & September 4th) founded in 2005 by animal behaviorist and philanthropist Colleen Paige, serves to bring awareness of endangered animals nationally as well as globally, that need to be preserved and rescued from their demise each year, but also to acknowledge zoos and outstanding animal sanctuaries globally for everything they do to help preserve this planet's animals and educate the public about conservation - especially to children...our animal's future caretakers and conservationists. 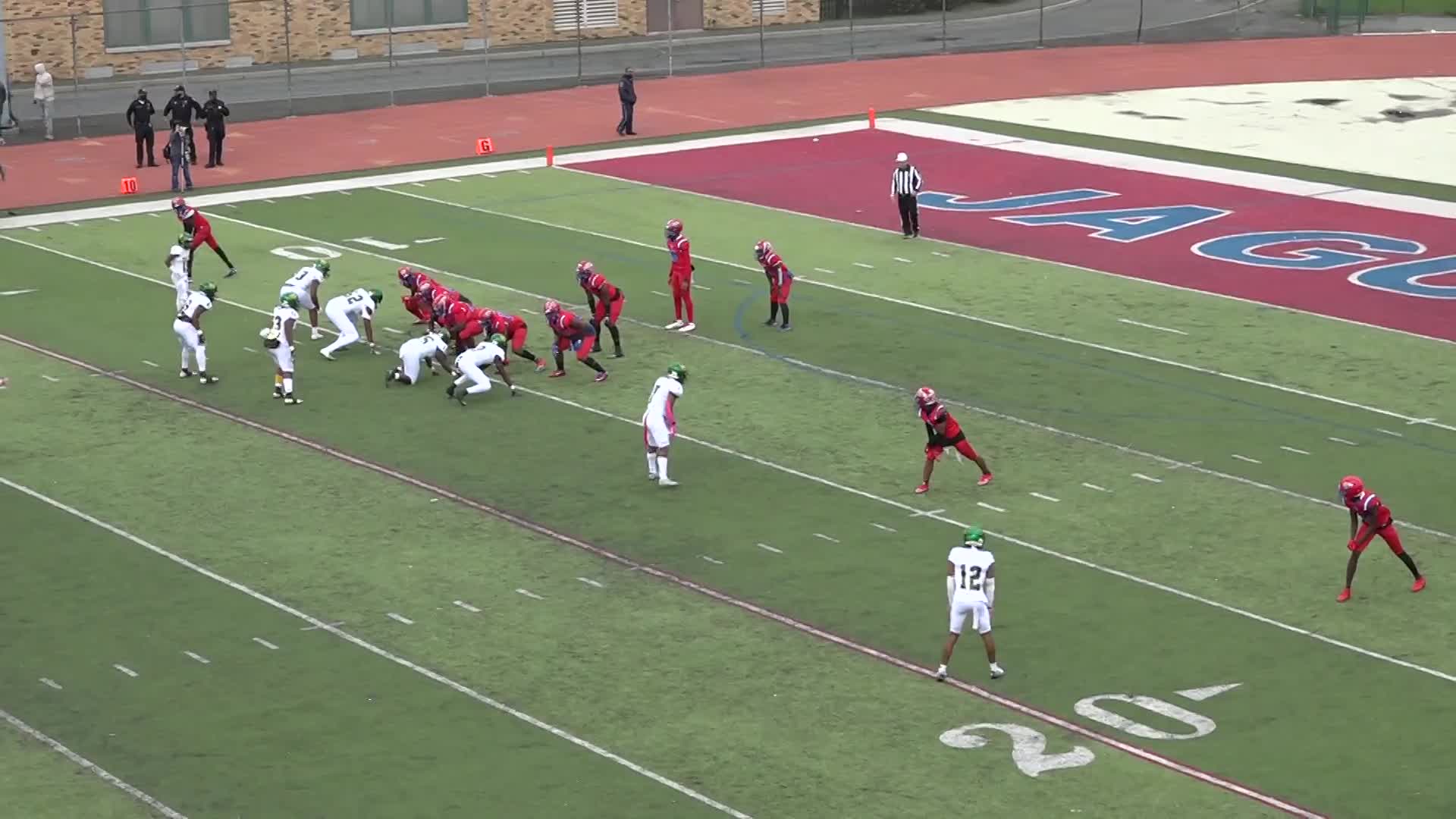 Class of 2023 East Orange (NJ) High wide receiver Josh Richards is one of Syracuse football's top targets at the position. Richards, a 6-4, 175 pounder, also holds offers from Monmouth, UConn, Maryland and Temple. Richards is planning to visit the Orange on March 5th for Junior Day.

"I'm supposed to go down there March (5th)," Richards said. "I want to see what the team is really about. If the school could be some place I spend the next three to four years."

During his junior season, Richards recorded 31 catches for 544 yards (17.5 yards per catch) and nine touchdowns. He is just getting to the tip of the iceberg with his talent, which is why so many schools are after his services.

Richards says he speaks with his lead recruiter at Syracuse, assistant Nick Monroe, on a very frequent basis.

"Very often," Richards said. "I talk to coach Monroe a lot. Basically a rundown of the school and what it's about. (We have a) pretty good (relationship). He seems like a real solid dude."

While admitting his options are still open, Richards says he does have legitimate interest in the Orange entering the visit. The other schools coming at him hard, he says, include UConn, Maryland and Rutgers. He plans to visit Monmouth, UConn, Wake Forest, Rutgers and Duke this spring in addition to Syracuse.

Richards currently has no timeframe for a decision.
... 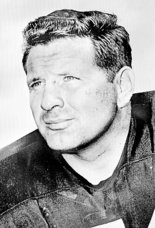 
Why Is Jim Ringo Influential?​

According to Wikipedia, James Stephen Ringo was a professional American football player, a Hall of Fame center, and coach in the National Football League . He was a 10-time Pro Bowler during his 15-year Early years Born in Orange, New Jersey, Ringo grew up in Phillipsburg and played high school football at Phillipsburg High School and college football at Syracuse University in Syracuse, New York.
...

Lloyd is definitely not a mathematician...

I am not a mathematician, but I remember a good deal regarding the concept of probability. For those who do not, I will provide an example: NC State has met with Syracuse 15 times, and the latter has only prevailed twice. The last time they did so was over three years ago.

With all of that said, there is a low probability that the Orange will beat the Wolfpack in 2022, and that is convincing enough for me to agree.
...

In this photo from December 07, 2021, new Head Coach Mario Cristobal of the Miami Hurricanes speaks with the media during a press conference introducing him at the Carol Soffer Indoor Practice Facility at the University of Miami in Miami, Florida. (Mark Brown/Getty Images/TNS)

How the Canes positioned themselves to acquire a pricey, highly regarded coaching staff (fltimes.com; Jackson)

For weeks, new Miami Hurricanes coach Mario Cristobal has been playing his own game of “Can you top this?”

It was impressive enough that he landed Kevin Steele, whose units have ranked in the top 30 in points allowed in eight of his 11 years as a defensive coordinator at Alabama, Clemson and Auburn.

And then, two days later, he surprised the college football world by snagging offensive coordinator Josh Gattis — a rising star in the business — months after he guided the Michigan offense to the College Football Playoff.

Along the way, Cristobal landed a prominent former FBS head coach (Charlie Strong) to coach linebackers, a respected longtime assistant to coach quarterbacks (Frank Ponce) and a well-regarded running backs coach from Mississippi (Kevin Smith), along with two key assistants from his Oregon staff (offensive line coach Alex Mirabal and defensive line coach Joe Salave’a).
So how did UM suddenly get an All-Star coaching staff after years of lagging behind some other schools in payroll for assistant coaches?
Credit not only Cristobal for securing what might be the best UM staff in more than a decade, but also UM president Julio Frenk, executives Rudy Fernandez and Joe Echavarria and Board of Trustee members for allocating an assistant coaching salary pool that significantly exceeded what it had been.
“We owe our student-athletes two things: a great education and the opportunity to develop their special talent to the best of their ability,” Fernandez, UM’s executive vice president for external affairs and strategic initiatives, said by phone Monday.
“When you recognize you owe your student-athletes those two things, the natural progression is that you owe them the very best coaching available.”
...

First and 10: The future of college football? The SEC vs. B1G … and nobody else (saturdaydownsouth.com; Hayes)

There are two overwhelming winners with the final and fantastically shortsighted decision to not expand the College Football Playoff.

To no one’s surprise, standing alone and rising above the carnage of bad decisions and worse vision are the SEC and Big Ten.

Everyone else is barely alive.

“Nothing like spilling a bottle of wine on purpose,” one SEC athletic director told me this week, “and then complaining years later about the stain on the carpet.”

Let me put it in less tactful and more realistic terms: The SEC and Big Ten are betting with a full house of aces over kings. The best hand at the rest of the table is a pair of twos.

All that’s left now is to win the hand, split the pot and walk away from the table.

And for some reason, no one other than the SEC and Big Ten thinks they’ll do it.

I’d like to say this is about stubbornness, about refusing to embrace the future of college sports and charging headstrong into the great known – not unknown, known — with last gasp, misguided principles. But it’s so much more than that.

This is institutionally and purposefully reckless behavior from every president of the ACC who voted to shelve Playoff expansion for 4 more years until the end of the current deal – and to come back in a couple of years with a temperature check.

Too bad the patient – college sports as we know it — could be dead.

They tried to warn the ACC and everyone else among the FBS 10 conferences hung up on procedural issues of Playoff expansion that this would happen. No one took heed.

The fuse has been lit, everyone. Stand back and take cover.

“All options are on the table,” another SEC athletic director told me.

We should have seen this coming. Sankey has been publicly stating since a CFP management working group offered up a 12-team model last summer that his conference didn’t need 12 teams. The SEC, he said, was perfectly happy staying at 4 teams but wanted expansion to strengthen the overall collegiate model.

The Big Ten, after a few months of tantrums because Oklahoma and Texas chose the SEC over the Big Ten – tantrums that included a wildly transparent “Alliance” (see: a-LIE-ance) of “like minds” with the Pac-12 and ACC – finally shelved the nonsense of the poor pauper hanging out with his poor friends, and got down to business days before last week’s final run at locking in 12 teams.
...

Tradition. Helmets. Why not both?

No doubt, Notre Dame has (mostly) stuck with the clean, basic "golden dome" helmets for a long, long time - but there are some other noteworthy hats among ACC football teams, too!

A version of #15 Clemson's tiger paw helmet appeared in 1970, but it has gone through a couple of tweaks since then, with the school settling on the current version in 1977 - apparently a good year for ACC helmet designers!
...

Lou C used to come around here quite often. I don't hear from him as much any more, but he used to talk a lot about appropriate non-conference scheduling.

West Virginia at Pitt - YES! The Backyard Brawl is not only appropriate, it should be annual!
Temple at Duke - YES! This is the right weight class for the Blue Devils football team.
Virginia Tech at Old Dominion - Questionable. I understand the Hokies wanted more exposure in the 757 area code, but does this only serve to elevate an in-state G5?
Rutgers at Boston College - YES! Not only Northeastern football, Joizy vs. Bastan!
North Carolina at Appalachian State - Questionable. Not only does this risk elevating an in-state G5 even more than Michigan already has, but what's the upside for the Tar Heels?
NC State at East Carolina - Leaning Yes. While ECU is G5 and therefore something of an "all risk, no reward" proposition, it's a big in-state rivalry and will surely fill up whatever stadium it's played in.
Florida State at LSU (New Orleans, La.) - Ordinarily, I'd say NO! However, LSU is down (much like FSU), so this is a chance for the winner to start climbing back up.

Duke at Northwestern - YES! Brainiac Bowl.
Louisville at UCF - OK. The Cards want Florida exposure, and the Knights are almost in the P5...
Southern Miss at Miami - OK, since it's a home game for the Canes.
North Carolina at Georgia State - NO! The Heels should not be playing this away from home.
Tennessee at Pitt - YES! Good match-up, and will help sell-out Heinz Field.
Syracuse at UConn - Leaning No, because it's at UConn; the match-up is ok, though.
... Danny Trejo is clearly having a good time in Central New York while he shoots a new movie.

The “Machete” actor has been spotted at a local gym and multiple restaurants, including Dinosaur Bar-B-Que and Second Chance Diner, over the past week. American High won’t officially confirm it, but Trejo has been telling people he has a role in “The Binge 2: It’s a Wonderful Binge,” a holiday-themed sequel to 2020′s “The Binge” currently filming in Liverpool and the surrounding area.

“On days like these, we LOVE work too!!” the original Dinosaur BBQ location in Syracuse wrote on Facebook Sunday, along with a photo of staff posing for a picture with Trejo.

“Thank you Danny Trejo for making Second Chance diner one of your stops during your visit to Syracuse! We hope you enjoyed everything!” the Second Chance Diner in Camillus said on Facebook Saturday.

Trejo, 77, defies his age on screen and on social media, where he’s also been joking about the winter weather. The California native posted a video of himself on Instagram Sunday performing an “ice walk” — could it be the next TikTok dance craze? — and delivered a fake weather report in front of a pile of snow on Thursday. 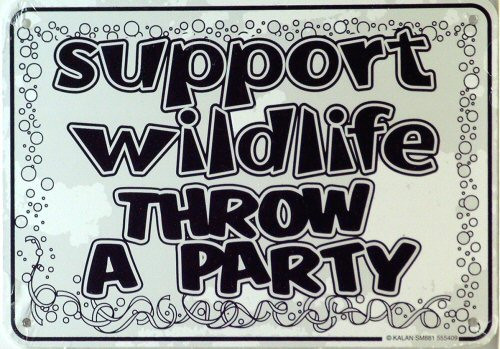