Change Ad Consent Do not sell my data I am seriously tired of the SEC... | Page 9 | Syracusefan.com
Menu
Log in
Register
Install the app
You are using an out of date browser. It may not display this or other websites correctly.
You should upgrade or use an alternative browser.

I am seriously tired of the SEC...

Maybe they should try LiMu's System? 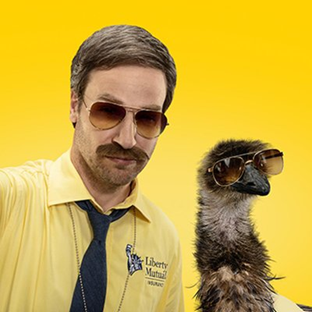 There have been a lot of complaints about the one-sided nature of the college football playoff games and how the sport has come to be dominated by a very small number of schools, mostly in the SEC and how in some seasons it seems obvious that one or two teams are really at the top with nobody...

HRE Otto IV said:
Once Oklahoma and Texas leave the B12 will be like the Big East in the BCS era. I am sure the SEC and B1G do not want to share with the B12 by giving them an auto bid. The ACC shouldn't either as it keeps the B12 on par in perception. It is better if the B12 is seen as being G6 rather than P5.
Expand...

I think the above is the most important point you make. And the only way to make certain that the Big 12 is permanently seen as a G6 rather than P5 is to take from the Big 12.

IMO a 12 team expansion with Top 6 conference champs will become...

That is good for the B2 but bad for the rest of the current P5. It creates a gap with the B2 and it promotes a G5 to P4. A 16 team with all conference champs will be similar.

Which is why IMO the number needs to be 20 teams. That will usually yield...

Which leaves 1 bid that rotates between the P5 and ND.

That will keep a clear division between the P5 and G5, which will make the P5 happy.


Also I think the P5 needs to consolidate the remaining brands by going 5 x 16. That would create an even bigger gap with the G5. If the P5 is taking the Top 11 G5 schools there won't be anything left over.

That takes 5 of the 12 MWC teams leaving them with 7 weak schools. It takes 6 of the 14 AAC schools leaving 8 weak teams. There will be an even bigger gap between the B12 and the AAC/MWC. The ACC/P12 have a small gap above the B12.

Also you would probably have a tickle down effect where one conference goes away completely. Does the AAC take all but Hawaii from the MWC and create a 16 team national conference? Does the AAC raid the Sun Belt, who then has to raid CUSA leaving nothing left there? So by the P5 going 5 x 16 it might create a G4 instead of G5.
You must log in or register to reply here.

The Ghost of New Years Past