Change Ad Consent Do not sell my data Just watched Requiem for the Big East for the bazillionth time... | Syracusefan.com
Menu
Log in
Register
Install the app
You are using an out of date browser. It may not display this or other websites correctly.
You should upgrade or use an alternative browser.

Just watched Requiem for the Big East for the bazillionth time...

Such a great nostalgia trip watching that 30 for 30. The Georgetown contingent's comments still piss me off. Jr., Sr. AD, and Patrick all irritate me to no end. They are so high and mighty about sacrificing and being true to what the Big East started and who cares about football, etc... They are:

A) Completely out of touch with the reality of college sports and
B) Could have avoided literally all of this if they had accepted Penn State and then Pitt into the conference when it was feasible. As Mike Tranghese said early in the documentary "I told Dave (Gavitt) that we will rue this day," when the basketball onlies voted to keep Penn State out. The end of the Big East happened when the selfishness of those schools started alienating the football schools. The fact people in that documentary can be so obstinate that they had nothing to do with these teams leaving need to look long and hard in the mirror.
C) I love what Coach B. had to say about it. He basically said, "we're not leaving the Big East, we're leaving something else that is not that Big East anymore."

A huge regret for me that never got to attend a BET.

It was college basketball nirvana. The nicest rival fans that I ever met were from Louisville. Yukon obviously were the worst.

My sob story is that I actually WON tickets to the BET one year. Then a work trip popped up that I could not get out of and I had to give the tickets back. The year? 2005. So while I could have been watching Syracuse win the freaking tournament, I was in Russia struggling through Russia things. To add serious insult to injury, I was on a plane back from Moscow during our first game of the NCAA Tournament so I landed back in the states to discover that we had lost to Vermont and the season was over. What a gut punch that was.

I went to Cuse's first game in their last Big East Tourney. I wasn't going to do it, because of how they ended the regular season. But after I heard there was a players-only meeting after the G-Town game, I decided to get tix. I went by myself. Game started out with Seton Hall hitting every shot in sight. But for some reason, I felt ok. Then Southerland got hot and damn, we were off to the races. It felt so good to walk out of there that day.

Had tickets to the 2001 champ game. Still went anyway even after SU lost in the semi-final to Pitt. At least I got to see Pitt lose to BC that night. So my regret is never seeing a Syracuse Big East tournament game.

cliftonparksufan said:
It was college basketball nirvana. The nicest rival fans that I ever met were from Louisville. Yukon obviously were the worst.
Expand...

Live in cincy and have made the trip to the YUM Center several times, everyone I’ve met in that area has been great, really solid fan base.

cliftonparksufan said:
It was college basketball nirvana. The nicest rival fans that I ever met were from Louisville. Yukon obviously were the worst.
Expand...

Louisville, WVU and Pitt fans were always great fun. UConn fans were the only ones I ever saw at the BET act like you'd expect from them.

The one BET I was able to attend in its entirety was 2006. Man, that was a fun ride.

BET's were the BEST. i think i enjoyed watching them more than the ncaa's. (but then i've never been to a ncaa tourney game.) NYC THE GARDEN and the cuse in the early years anyways was always gonna represent. made plans for the whole weekend and even if we didn't make the finals the games were still awesome and there are worst places to spend a weekend than in the big apple. 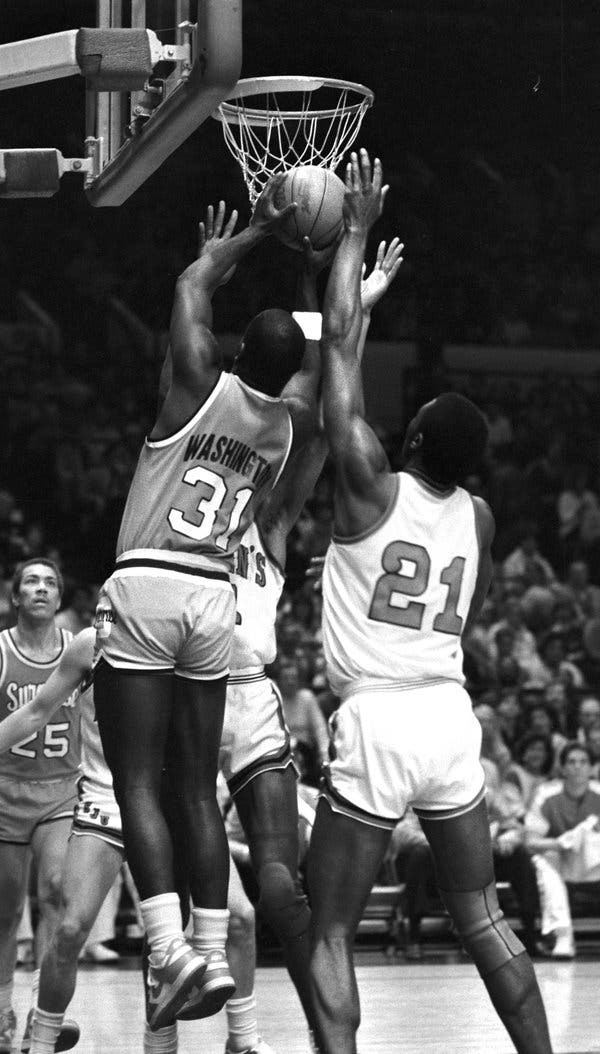 At halftime of the Seton Hall-Bethune Cookman game on right now, FS1 is going to reveal their Mount Rushmore of Big East basketball. I would not be surprised if they leave Pearl off and include only current Big East schools. Jackwagons. Hopefully Raf makes sure Pearl is on there.