I saw ‘Little Women’ yesterday and thoroughly enjoyed it. After seeing various movies about war and conflict, (Including the excellent ‘1917’ two days ago), it was nice to see a movie about nice people just trying to live life in simpler times. And, of course it’s also about spirited young women rebelling against the confinement of their times. Some excellent young actresses play the March sisters, ironically none of them Americans, although Saorise Ronan, (Jo), was actually born in the Bronx but grew up in Dublin. Emma Watson, (Meg), was born in Paris but grew up in England, as did Florence Pugh, (Amy). Eliza Scanlen, (Beth) is Australian. The ‘timeless’ format where we jumped back and forth between scenes from different times in their lives that have similar themes is a little hard to get used to, (especially when Beth is dead – no she isn’t – yes she is) but ultimately effective and innovative.

A thought occurred on the way home: I think that in the scenes with the publishers, Ronan is not playing Jo March but rather Louisa May Alcott, thus the reference to having her heroine get married at the end, even though she isn’t- as Alcott wasn’t. Louisa May Alcott - Wikipedia

I found this very interesting You-Tube post comparing not only those two versions but two prior versions, (that were both recently shown on TCM): the 1933 version with Katherine Hepburn as Jo and 1949 with June Allyson: It made me wonder why “each generation has its own ‘Little Women’ which tells you about that generation but the baby boomers don’t. Does that say something about the 1970’s?

I thought it was a great movie. The whole family went, then my daughter (24) and my son (19) saw it again. I would see it again.

This was a GREAT movie, highly enjoyable. Was thinking the worst when my wife dragged me to it but man what a pleasant surprise. It was (for the lack of a better way to put it) wholesome, simple, good natured warm hearted entertainment while accurately chronicling the challenges of the age.

So well done and I knew nothing about the story and book and didn't see any of the previous movies so not sure if that made me enjoy more but I too would see this great flick again. Once I realized they were going back and forth in time it helped and the dream sequence alive vs dead was confusing for a minute but not enough to detract. One of the best films I've seen in years.

Brought to you by Carl's Jr.

The director Greta Gerwig has a bright future. Very talented story teller. Ladybird, also with Ronan as the lead, was a really strong movie too.
When people talk about needing a diversity of voices in the entertainment industry to tell better stories, this is the kind of thing they're talking about.

But I really prefer IPAs 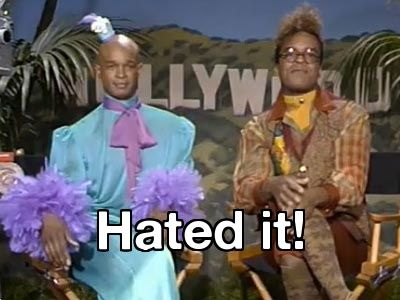