OBJ handing out wads of cash on the field is hilarious

Good for him and those players.

NCAA says not in our wheelhouse

It will come back to bite him and them. He's a black guy flaunting the cheating, not a more "refined" gentleman (read that how you'd like) cheater like the boosters at most SEC schools. They'll be mad he did this and try to get him in trouble. SEC gonna SEC

How does this fly? Is this what it’s come to?

The "amateur" athletes made more for the NCAA, ESPN and their schools than Odell gave them collectively. Let them enjoy the spoils of their labor.

I cannot dislike this thread enough.

Cheating publicly is not a great look, but cheating privately is rampant too. Problem is enforcement. The NCAA and powers that be painted themselves into this corner.

Jefferson is going into the draft. He finished his last game, he can do whatever he wants.

#Hardnosed said:
Jefferson is going into the draft. He finished his last game, he can do whatever he wants.
Expand...

Fine. Then Orgeron and LSU are idiots for letting this nonsense go on on their sideline. And that’s my lesser complaint about this.

And yes, stay off my lawn!
N

So what happens to the kid that took money from OBJ “in the moment” and intends to stay in school?

Good for him and those players.
Expand...

If this was Cuse, NCAA death penalty. LSU, it's all in fun.

I can only imagine how many on this board would be inebriated beyond comprehension if SU won a title in basketball or football.

All4SU said:
How does this fly? Is this what it’s come to?
Expand...

Kids getting money? How is that a bad thing?

I can’t be offended this guy who is a millionaire throwing the kids who won the game a couple of hundred dollars when they aren’t coming back to the school.

It’s fun. Before the game it’s a violation but after the game the kids can lose their eligibility if they aren’t coming back anyway.

Orangello said:
If this was Cuse, NCAA death penalty. LSU, it's all in fun.
Expand...

Not so fast. OBJ was in the dome for the VT game last week. So, by NCAA logic, that make the Natty Championship a home game for SU. Therefore, its a violation that will result in Dino having all his wins taken away from him.
Last edited: Jan 14, 2020

He’s just taking a page out of Marshawn Lynch’s book and making sure the kids are taking care of their chicken and mentals.

The system meant to regulate the rules is broken and stuff like this makes it look further inept, crooked, and unfair. Sports are at their best when the competition is played by a set of rules, governed well by a fair arbiter.

When my kids want to play a board game we enter into the game abiding by a set of rules. It’s fun because it’s fair. If we found out my youngest was cheating the whole time we’d quit because it wouldn’t be fun anymore or we’d all decide to cheat - at which point - you’d say what’s the point of *any of these rules* and it would devolve into something else entirely.

The NCAA is toothless and the cheating will get worse and probably end up eating itself in some sort of ref paying scandal or huge money laundering thing.

and I’m for paying the players - legally and within the rules.

(This is all a sad acknowledgement that the sport is fundamentally flawed at the recruiting level. Bagmen and $100 handshakes have a long history. The Information Age has just made it so we all see it and know about it more. In a perfect world, the P5 breaks away, develops a really strong governing body, sets rules that both pay equitably and bring the hammer down on cheating. Won’t happen)

LSU says it was play money

This would've been funnier if he did it at the Syracuse game last week.

Technically, he’s not “cheating” Because he was throwing the money on the field he wasn’t directly giving it to the players, they just happened to be there to pick it up

Not saying it’s right cause it ain’t, but I bet that’s what they will say

JRHEETER said:
Technically, he’s not “cheating” Because he was throwing the money on the field he wasn’t directly giving it to the players, they just happened to be there to pick it up

Not saying it’s right cause it ain’t, but I bet that’s what they will say
Expand...

that's not what the videos show. 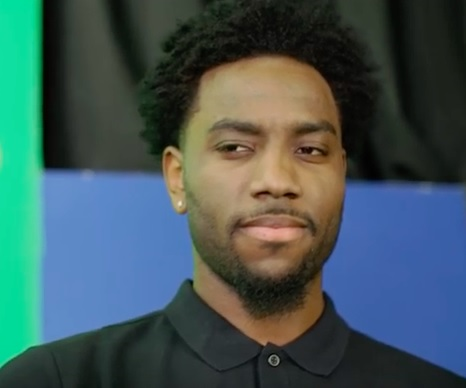