Change Ad Consent Do not sell my data Pee-trough Report: also Tomcat will be here all week, please remember to tip your waitress | Syracusefan.com
Menu
Log in
Register
Install the app
You are using an out of date browser. It may not display this or other websites correctly.
You should upgrade or use an alternative browser.

Pee-trough Report: also Tomcat will be here all week, please remember to tip your waitress

In a joyful return for a football game in the JMA "don't call me Carrier" Dome, I made my first home football game since Marrone's debut many moons ago. Living 700 miles away in Indiana and a house full of young kids, my life mostly consists of away games within a 4 hour radius (ND, Cinci, Louisville, etc)...mostly watching us get our ass kicked by Louisville in crappy weather including last year during a gale in the upper deck at 20 degrees.

Anyway, it was my first home football game for my oldest 4, and what a game to be at. The sound system somehow manages to sound worse than before, but thankfully the pee-troughs are original and still spectacular.

As for the game itself, what more can be said. Perfect game plan, very little dropoff when backups came in, and pure effort the entire game. Save for one or two runs, that was also some of the best form tackling I've ever seen by a Syracuse team.

As we sat in the last few rows of 302 (best seats in the house to my eyes), I happened to notice an old board friend sutomcat a few rows behind me. Those that know Tom know him to be a relatively soft-spoken guy in real life, but my Lord when the game gets going you can't hear anyone else. He is a joy to listen to his running commentary at the refs, coaches, and perhaps God himself.

In the waning minutes of the game, Tom was really letting everyone have it, especially as L'ville called those ridiculous and unnecessary timeouts in the final minutes. Perhaps nobody found him more funny than one of my twin 8 years olds - surpassing his normal bedtime in the first quarter, he was slap happily belly laughing with glee as Tom ripped one more insult after another with reckless abandon.

I managed to capture this picture of my boy cracking up at Tom and it's now one of my favorite pictures of him - just pure laughter and joy on his face listening to the loud guy behind him. Thanks Tom for helping make this a great memory!

What a game. One down, let's go Orange. 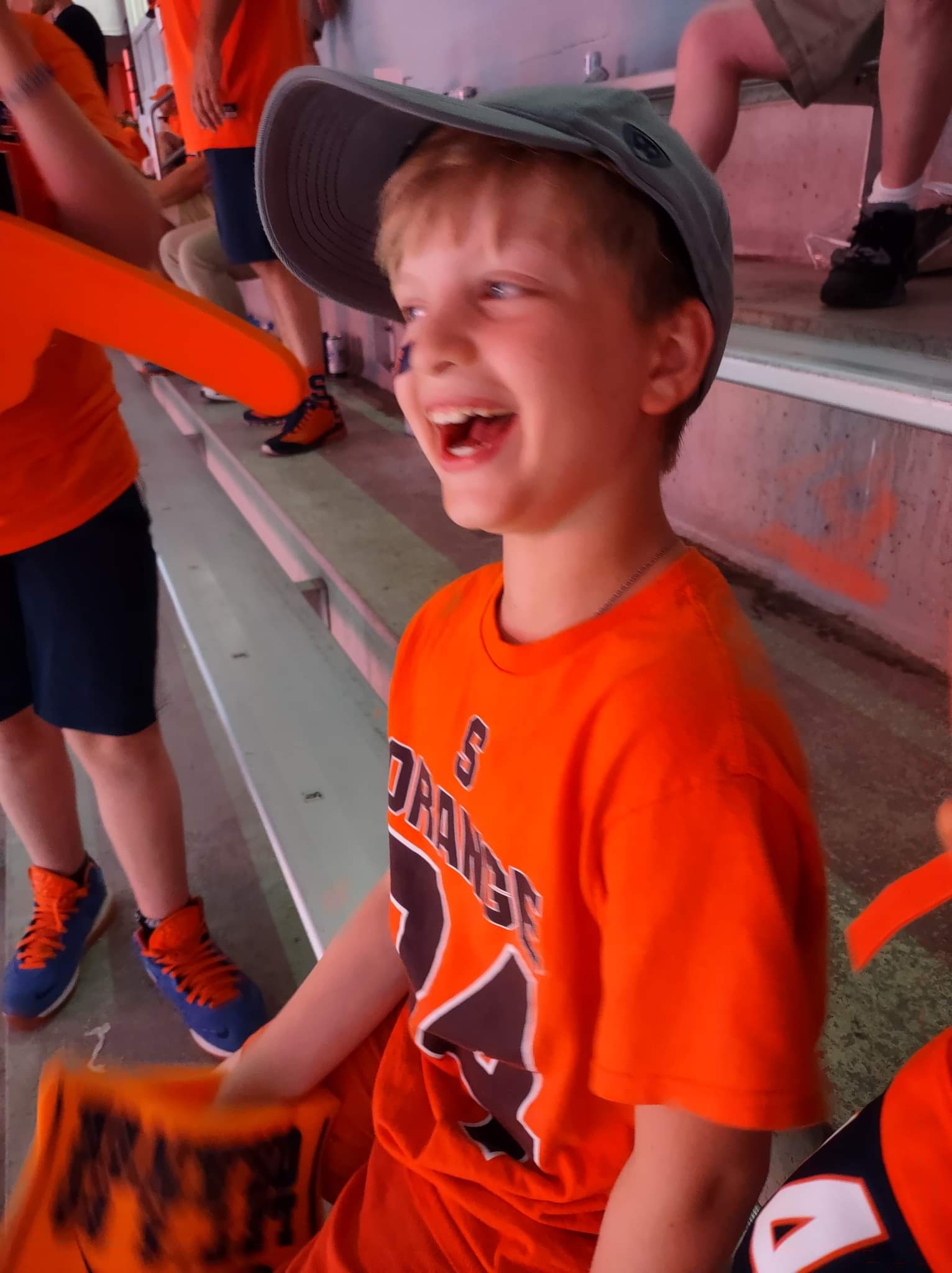 Last night we were all Tom

I sit in 302 Row Q. I know Tomcat sits way up there, but I had no idea that he has this Incredible Hulk persona! I guess it’s true what they say: you don’t know who someone truly is until you sit next to them in a football game.

What a great memory you and your family will forever have of this game! Thank you for sharing.

Amazing story and memory. I'm happy your family got to enjoy this together.
You must log in or register to reply here.

The View From 331: Florida State

Finally getting my voice back

C
Coming up for FSU, looking for advice
2 3