Change Ad Consent Do not sell my data The Dino Babers Show - before Clemson | Syracusefan.com
Menu
Log in
Register
Install the app
You are using an out of date browser. It may not display this or other websites correctly.
You should upgrade or use an alternative browser.

The Dino Babers Show - before Clemson 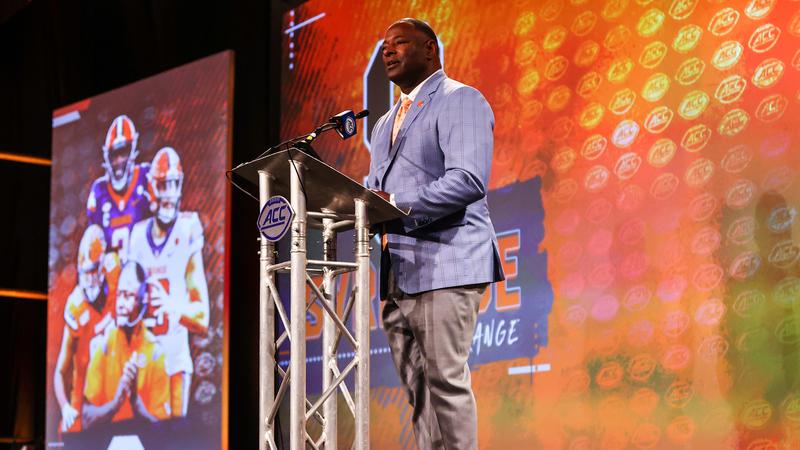 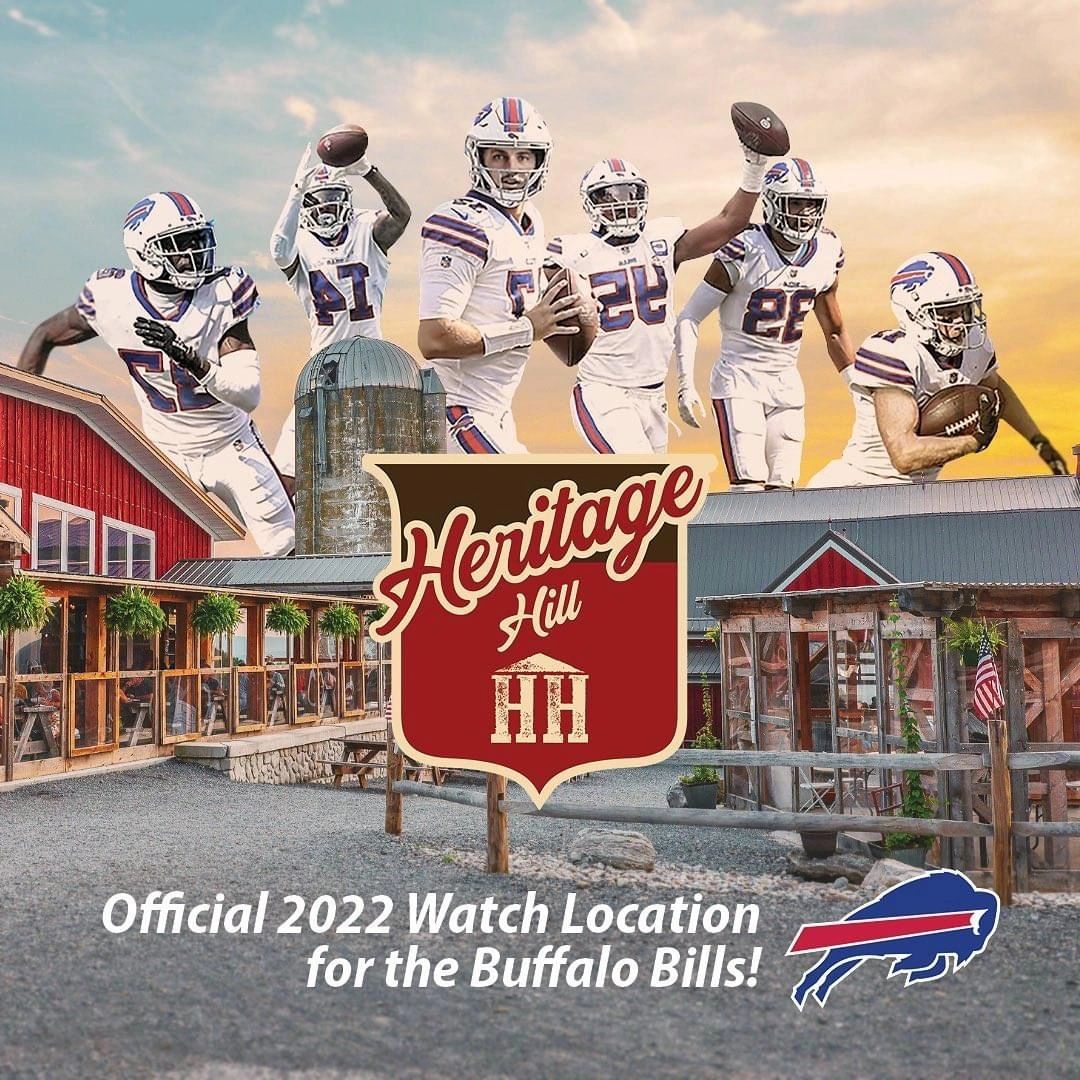 (After congratulating Coach Babers on the big win.)

“Coach, we won 10 games in 2018, lost 10 in 2020 and may win 10 again this year. North Carolina State thought this was their year, but they lost to Clemson and now they’ve lost their quarterback. We aren’t Clemson who has this year’s All-Americans backed up by next year’s All-Americans. We have to build up to seasons like these. Is there a sense on the team that they have to take maximum advantage of the position they are in this year because we don’t know when we can get back to this point again, especially among the players who have experienced all of the last five years?”

Coach Babers was looking at an injury report but decline to reveal the details. He said “It could be better. It could be worse. We’ve kind of had them at the right positions. If you get them at the wrong position, it can really hurt your team. I hope Garrett Williams can play. He will play this year – he’s not out for the year. It’s just a certain thing that takes time to heal. I anticipate that Leon Lowery will be out there.”

On the schedule: “We don’t really need to schedule a lot of tough teams outside the conference to have a high strength of schedule…We beat Clemson in 2017 but the carnage was such that we never won a game after that.” Later matt said that the Coastal Division “seemed like a different conference”. Dino agreed. “I really don’t know them. This will change when they shift to the 3-5-3 concept.” [i.e., the 3-5-5 concept] The schedule will have 4-year rotations.

Dominick in North Carolina noted that Clemson missed 24 tackles vs. Florida State and said they’d better watch out about missing tackles vs. Sean Tucker. He went on to say that he’d spotted a good prospect down there whose father had played in the NFL. He wondered if we were recruiting him. Dino, of course, cannot discuss individual recruits but directed him to Roy Wittke, SU’s Director of Player Personnel, who he said was in charge of recruiting. Dino suggested he send Roy the kid’s name or some film and “We’ll look at it, although we cover every place.” He also suggested that the player may want to attend SU’s summer camp. “We’ll look at him and tell you if he could help us or maybe that he should go to a smaller school.”

Matt Park asked about playing a road game after so many home games, especially a road game before 80,000 people where they have won 37 games in a row. “we’ll be OK in that atmosphere. We’ve been there before. Garret Shrader is no baby – he’s got a full-grown beard.” Cue the memes. “How will the other guys respond? When you are teaming your kids how to ride a bike, you’ve got to get he let the bike go and see what happens.” Matt wondered about quarterback signals facing 80,000 people. He said that we’ve done a lot less of looking toward to the sidelines at coaches or placards – do you coach against the other coaches or against the quarterback in that situation? “Robert Anae and Garrett Shrader have a great relationship. I want to dictate to the defense, not just take what they give you. That’s baloney cheese. The offense knows what they are trying to do. The defense has to react to it. I’d rather be an offensive coach than a defensive coach. I want to be aggressive.”

“When I was at Baylor I remember meeting before a game at midfield with the Oklahoma coaches, one of whom was Brent Venables. I noted that Baylor had never beaten Oklahoma- never. I was amazed at this. They couldn’t believe I was amazed. But we beat them – 2 years later. Those numbers can catch up to you, sooner or later.”

I finally got through with my question, (it took forever for the guy to answer the phone), and when I got on, the volume of the voices from the restaurant was about what Alexander Graham Bell got when he asked Watson to “Come in here”. I just read off the question and hung up so I could turn up my radio and hear the answer. Dino:” Our senior classmen, our elder statesman, have been told that this is not normal. I’ve been coaching for 34 years at a lot of good football schools, not dominant ones but good schools and it’s only my third team that got to 6-0 and I understand it’s only the third team around here.” [It’s the third team after 1935.] Our young men are really together. They stay together and play together. To win I this conference you need a quarterback playing at a high level, an offensive line that can protect that quarterback and make sure that that the quarterback who starts the season finishes the season. You need a defense playing at a high level, one that takes away what they want to do. And you need to get more points than you really should.” Matt said “This team maximizes what’s there and that’s why they are 6-0. [My opinion is that we have yet to ‘maximize’.]

John in Liverpool wants Dino to do what Coach Mac did in 1987: open the game with a bomb to Oronde Gadsden “to set the tone”. Matt said that the coach “just crossed off the first play”. Dino: “I love bombs. My favorite movie was Top Gun: Maverick. I’m not against them. In six games, Coach Anae’s offense has scored touchdowns in our opening possession five times. It’s not in one play but we still wind up being ahead 7-0. I’m sitting back and watching these guys operate. But we will consider it…. We can play the way we have been and still be effective, but we need to cut down on penalties and turnovers. We haven’t lost the physical battle yet. Clemson is bigger and stronger so it will require more effort.

“1987 was my first full-time year in coaching. I bought a cutlass supreme with two doors and a vinyl roof and had $6,000 left to live on.” Matt said that he couldn’t wait to see the coach tooling around in it.

John in Baltimore asked if the patience and loyalty SU had shown with Dino has a positive impact on getting quality coaches to want to come here. Dino: “It factors in a lot. The AD has a game plan, and he will show tendencies. Head coaches have tendencies, too. They can bring people with them to a new job or keep them on their current job. Coaches don’t get tenure.” They talked about the recent changes at Virginia, Georgia Tech and Wisconsin.

They closed with an interview with Mike Lynch, the running backs coach dating back to before Dino came here. “It’s a great opportunity, a big game. Both teams are confident and excited. The Clemson defensive line is nothing but draft picks. The key for us has been leadership, from Coaches Babers and Anae and from the players. They are leading the charge and we are following them.” About Sean Tucker: “People have made it tough on him. He’s still averaging 100 yards a game. If he can make a man miss, no one is going to catch him. Garrett Shrader led the blockers on that last run and actually blocked two guys.” Matt: “If he gets in space, he’s a different dude.” Mike: “He’s fun to watch.”

By Garret Shrader’s beard that was a great recap!

I know more than 10 people (at the time of me posting this) have read this recap, yet that’s the number of Likes you have.

Steve - you are the best.
You must log in or register to reply here.