Change Ad Consent Do not sell my data The latest cartoon: Otto Unleashed | Syracusefan.com
Menu
Log in
Register
Install the app
You are using an out of date browser. It may not display this or other websites correctly.
You should upgrade or use an alternative browser. 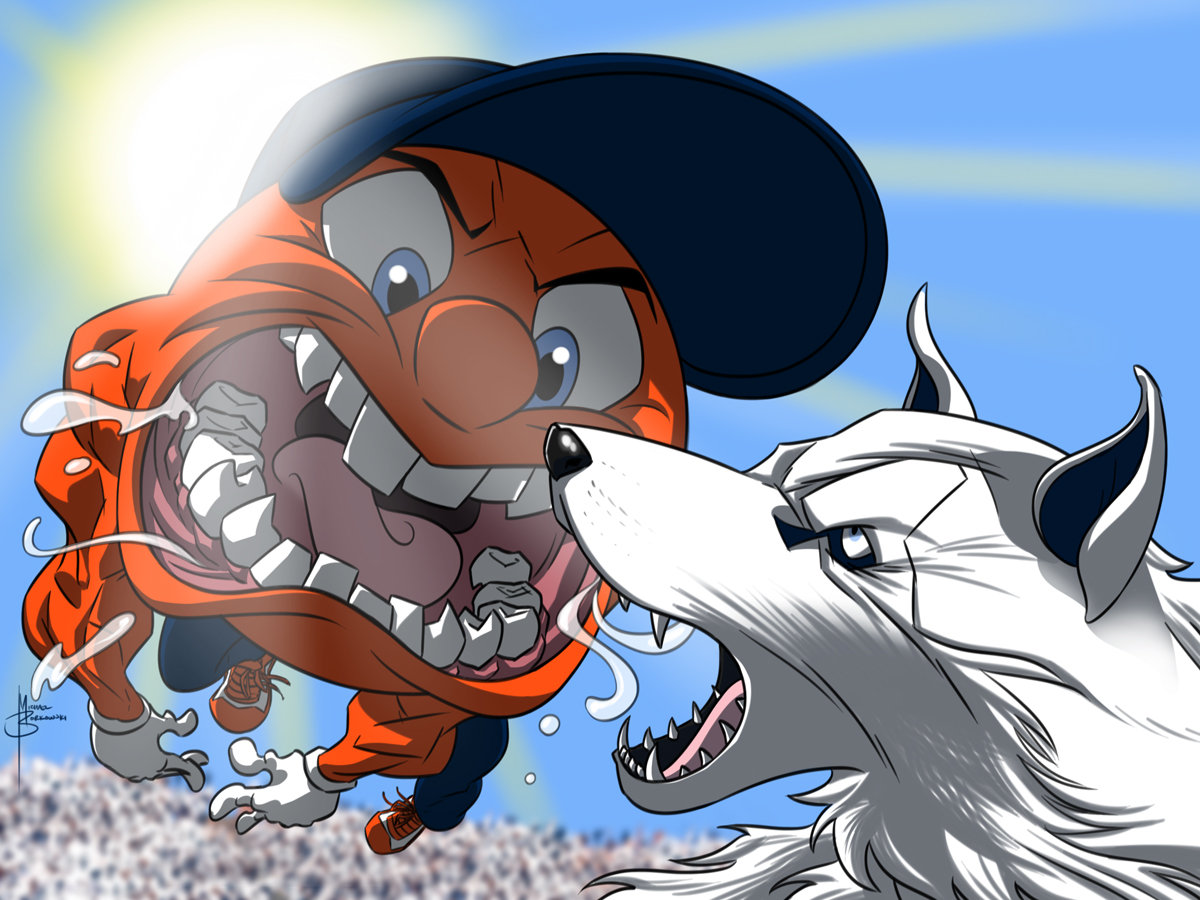 Don't know if you get the full impact with our auto-reducing photo system but Mike does some pretty fierce stuff.

He should really do that for a living!

Hearing some of the projects he has worked on is pretty incredible, and SU is lucky to have him such a big 'Cuse fan and integrating him into the SU Athletics scene with t-shirts and whatnot

Upstate said:
He should really do that for a living!

Hearing some of the projects he has worked on is pretty incredible, and SU is lucky to have him such a big 'Cuse fan and integrating him into the SU Athletics scene with t-shirts and whatnot
Expand...

Here is his bio

Michael Borkowski is a Storyboard Artist/Illustrator based in Syracuse, NY. As a Storyboard Artist Michael has worked on many animated series over the past 13 years including "Wolverine and the X-Men", "Teenage Mutant Ninja Turtles", "Dragon Tales", "Scooby Doo" and many, many more. He also contributed Storyboards to the animated feature film "Ice Age: Dawn of the Dinosaurs".

Michael is also an illustrator for a series of Children's Books for Random House based on the "Iron Man: Armored Adventures" animated series. He's also done artwork for Marvel Comics, Hasbro, The New York Mets, Philadelphia Phillies, The Venture Bros, WWE and many others. 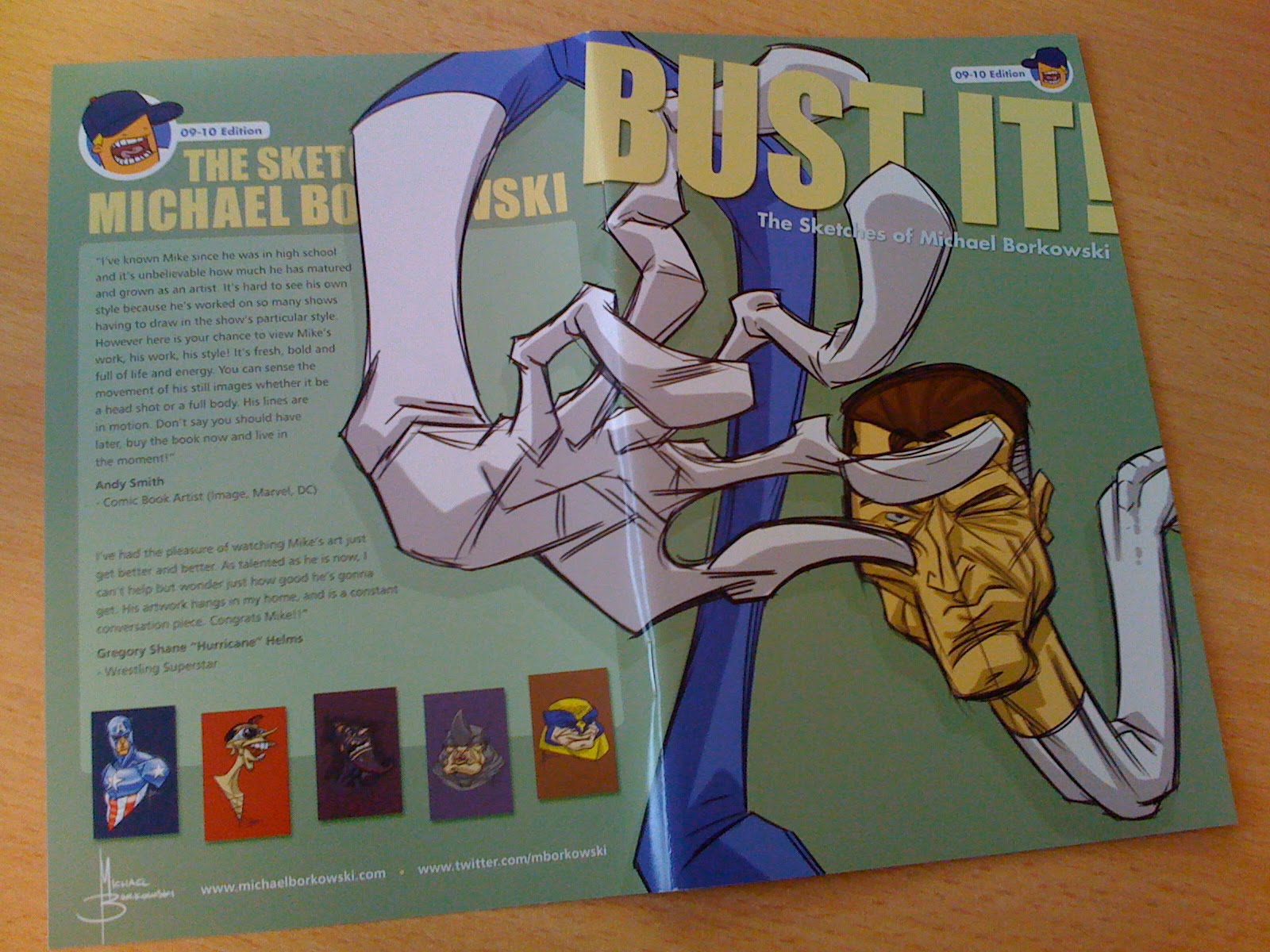 This is his new sketch book, "Bust It" which is available for sale

He posts pretty often on twitter, too and has some pictures of his work, he is so talented. Doing storyboards for some really popular comics/movies. It's really really impressive 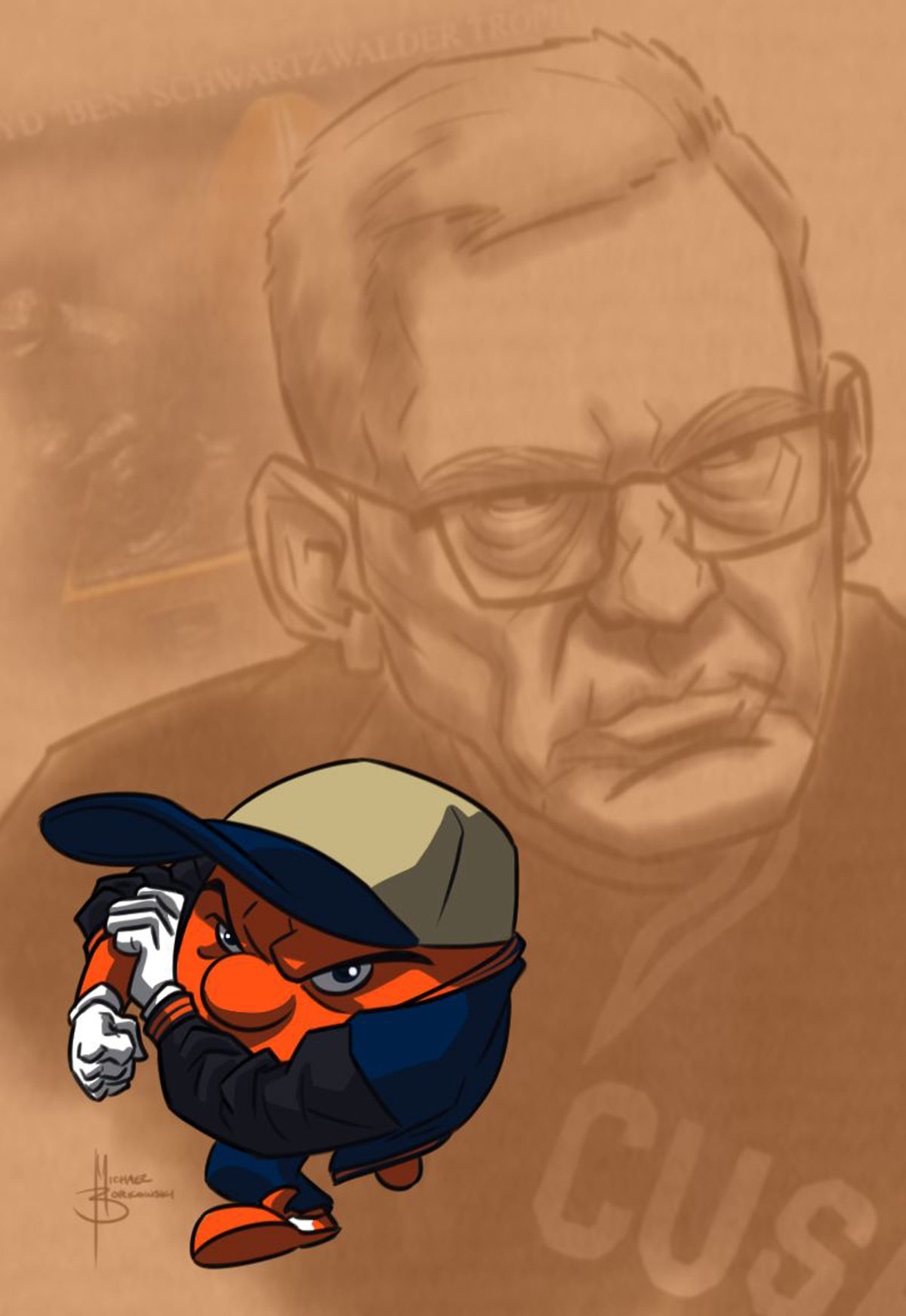 The guy's work is unbelievably good, I wonder if any other college team has an asset like that?

Rutgers' new rival, R.I. School of Design has some great patterns for their field hockey team, I hear.

This guy does some great work! I've always thought that SU should have a cartoonist create a character for their logo. They should use his Otto as an official logo of the school.
U

Otto looks to be juicing

He did this one of Ben last summer in relation to retaining the Schwartzwalder trophy
Expand...

Now this is cool,love it.

For marketing purposes, I think they should have Otto the cute orange and Ottis the jacked up orange! Make them brothers, give them a little edge

Is that T-shirt available? I LOVE that. It goes with everything I own.

All4SU said:
Is that T-shirt available? I LOVE that. It goes with everything I own.
Expand...

It's at Manny's Online
You must log in or register to reply here.

Pee-trough Report: also Tomcat will be here all week, please remember to tip your waitress

The Dino Babers Show - before Virginia

The View From 331: Louisville