Change Ad Consent Do not sell my data Why NC State will win | Syracusefan.com
Menu
Log in
Register
Install the app
You are using an out of date browser. It may not display this or other websites correctly.
You should upgrade or use an alternative browser.

Why NC State will win

- Because they are NC State and NC State owns SU. Here is the history of the series: Syracuse vs North Carolina State 1869-2020 I remember them all. Our two wins came when they had a bunch of key injuries on offense and Scott Shafer managed to beat them down there in his first year and 2018 when our “Team of the Century” beat them 51-41 in Eric Dungey’s comeback game after Tommy DeVito had had to rescue him vs. UNC. The other games ranged from merely frustrating to painful to watch. And it never seemed to matter how good or bad we or they were. And this year they are better than we are.

- We have Sean Tucker with 1,362 rushing yards and 11 TDs but the Wolfpack tandem of Bam Knight and Rickey Person have rushed for 1,170 yards and 5 TDs in a passing offense, so we don’t really have a big advantage there.

- Because they pass, their receivers have stayed, including Emeka Emezie. (Yes, they have an 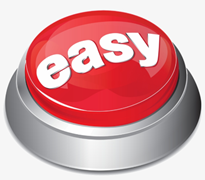 button.) he has 54 catches for 683 yards and 4 scores. Devin Carter has 30/498/6. Thayer Thomas has 43/468/6. Our leading receiver is Courtney Jackson with 29/297/1. Our second leading receiver is Sean Tucker. Louisville started out with two excellent running plays but they really blew us out with their passing. The Wolfpack can do that, too. Moreover, if they fall behind, they can come back quickly. We can’t.

- Our schedule has been unintentionally backloaded. Florida State, Clemson, Virginia Tech and Boston College were all down. Wake Forest has a powerful offense but were vulnerable to our running game. Liberty’s a decent mid-major. Ohio, Albany and Rutgers suck. The three best teams on our schedule are Louisville, just coming into their own, (as they saw red meat in us), NC State and Pitt. The Cardinals blew us out and the Pack and the Panthers seem to have bene constructed to beat us. Our offense like something out the Schwartzwalder Era and defenses are catching up to it. Our defensive numbers were built up against bad offensive teams and are now being proven to be fraudulent. Cantin-Arku probably feels he's left a sinking ship.

- This season is looking like 2011, when we were 5-2 after clobbering West Virginia and just needed one more win to get a bowl but never got it and 2017 when we were 4-3 after beating Clemson and also never won another game. 5-7, here we come!

I think we are going to see a much different Cuse team than we did last Saturday. And really, that’s all I ask for. Let’s hope this back to basics training week pays dividends.

After reading this I feel better about our chances Saturday. We are going to kick some NC State butt and I will be beat up in the parking lot for mocking their fans mercilessly
You must log in or register to reply here.
Share:
Facebook Twitter Pinterest Tumblr WhatsApp Email Link