Welcome to the First Day of Winter!

Winter is coming. You may have noticed that the cold season has been here for a while, but astronomically speaking it only begins with the arrival of the solstice. That happens this Friday when the northern hemisphere has its shortest day, and longest night, of the year. This year it occurs very close not only to a full moon but to a full supermoon. So it will be possible to watch an almost-full supermoon rise in the east, and a sunset in the west, very close to winter solstice. It will also be the longest full moon of 2018.

Pump the brakes on Syracuse’s season being in jeopardy (itlh.com; Patrick)

The Syracuse basketball team already has four losses on their record this season, but they have all come against quality opponents.

Following Tuesday’s loss to the Buffalo Bulls inside the Carrier Dome, the season already being in jeopardy for the Syracuse basketball team is an actual thought that some people are having.

After losing to Buffalo, the Orange now have a 7-4 record this season. Not too many predicted Syracuse to have this many losses on their record before Christmas, but it really shouldn’t be surprising either.

The Orange’s four losses have come against teams that have won a combined 80.4 percent of their games in 2018-19. And Syracuse’s first two defeats this season came without senior point guard Frank Howard in the lineup.
... Tyus Battle let a free throw go against Old Dominion and could tell it was short. He walked a few steps between him and the rim and grabbed the first-shot rebound himself. The Syracuse junior smacked the ball with his right hand in frustration.

Minutes later, SU’s leader in free-throw percentage a year ago (83.9 percent) missed the front end of a one-and-one. He slumped his shoulders, and the Orange clung onto a four-point lead.

“I guess that’s how it goes sometimes, but we have to be better at the line,” Battle said after facing ODU. “We missed 12. That’s the difference in the game.”

After misfiring on 12 free throws against Old Dominion, Syracuse (7-4) followed that up with a 5 for 13 showing from the line, its worst percentage of the season, in a loss to No. 14 Buffalo. The Orange are tied for 239th in the country, shooting 67.4 percent from the line, even though they shoot the 40th-most free throws in the country. Syracuse needs to find a remedy at the charity stripe in its final two nonconference games in the midst of a historically bad stretch, because missing free throws in Atlantic Coast Conference play could prove costly.
... 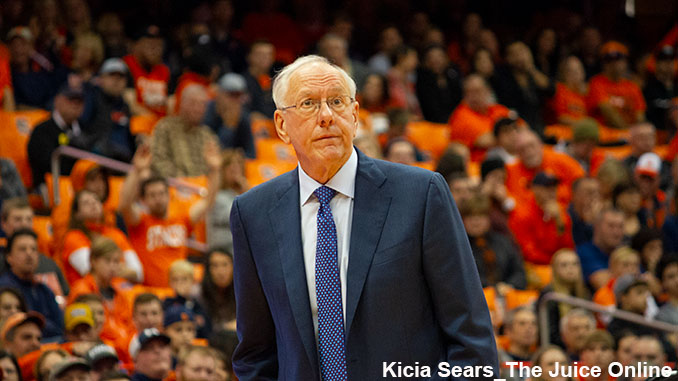 Twelve things at Cusemas that are such a pain to JB - The Juice Online (the juice; Auger)

If it’s true that Santa sees you when you’re sleeping and knows when you’re awake, he should tell Jim Boeheim’s hoopsters, as Cusemas approaches, to start playing some ball, for goodness sake!

Dino Babers, fresh off a successful early signing period, has proven to be prophetic when, almost three years ago, he told a Carrier Dome crowd, “We Will Win.”

As Babers leads the football team back to national prominence, Boeheim’s team – well versed in adulation – can’t get out of its own way. The Orange now sports a pedestrian 7-4 record. Unless Syracuse rediscovers its potent scoring punch of the past, there are bound to be many more pained expressions on Boeheim’s face. Twelve of them, perhaps.

Steve and Seth continue their conversation of what the issue with Syracuse basketball is.

Things are slowing down for Christmas and there won’t be many games between now and the day after Christmas.

There were a couple Thursday night, basically cupcakes although Pitt last year was much more the cupcake.

Not so much anymore.

Pitt is now 9-3 with Thursday’s win over New Orleans. And it wasn’t just a win, it was a resounding win: the Panthers topped New Orleans 99-57. It’s pretty clear at this point that most of Pitt’s power is in the backcourt: freshmen guards Xavier Johnson, Trey McGowens and AuDiese Toney combined for 65 points with none of them scoring less than 20.

They may struggle in ACC play still, but there’s no question that, in short order, Jeff Capel has given Pitt an identity again and something to build on.

Jacksonville’s days of playing UCLA for the national championship are long gone but right now, for the Irish, it’s about measuring themselves against themselves. So far so good.
...

Zion Williamson was the must-see player to watch on an NBA stage. The Duke star was heckled when he missed a dunk in warmups and had Blue Devils diehards — and casual hoops fans and NBA stars — roaring each time he touched the ball.

He felt at home as a guest inside the New York Knicks locker room.

Williamson might look pretty good next season in a blue-and-orange uniform, too.

Williamson had 17 points, 13 rebounds and wowed a crowd of nearly 20,000 before he fouled out, and the second-ranked Blue Devils ended No. 12 Texas Tech's unbeaten start with a 69-58 victory Thursday night at Madison Square Garden.

"It is the Garden," Williamson said. "It's where big-time players are made."

The biggest was the 6-foot-7, 285-pound Williamson that has been pegged as a can't-miss prospect in the NBA. Philadelphia 76ers star Jimmy Butler sat courtside and cheered for Williamson and Knicks President Steve Mills was in the house. With the nine-win Knicks slogging through another miserable season, the idea of what Williamson could do in New York surely tantalized Mills' mind.
...

Kevin Keatts is a winner. Is NC State a top-25 team? (newsobserver.com; Giglio)

Kevin Keatts cared about winning against No. 7 Auburn on Wednesday night but not because of how it could potentially affect N.C. State’s position in the national rankings.

“When they hand out a 1,000 shirts that say, ‘Kevin Keatts is a winner,’ you better win that game or that shirt is not going to be good,” Keatts said.

No problem. On the night the school gave away t-shirts with Keatts’ likeness and his catchphrase, the Wolfpack made its coach look good with a 78-71 win over the Tigers. Markell Johnson scored a career-best 27 points but for the most part the Wolfpack (10-1) won with defense. 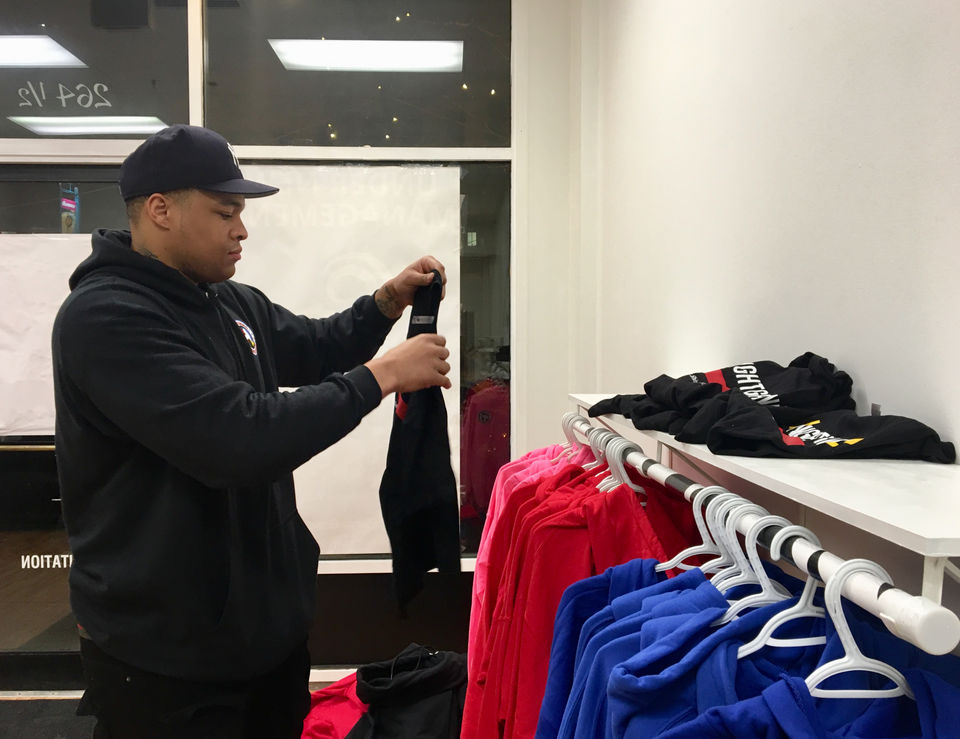 Just in time for the holidays, Dajuan Coleman is opening a pop-up store to sell his own clothing designs.

Coleman, the former Syracuse basketball center, has been nurturing his dream of creating sportswear since he was a student at SU. He'd always been interested in shoes and clothes. And because his tastes were more expensive than his resources, he thought about one day making his own stuff.

From that desire, Night Grind was born.

"I didn't really have a lot of money to get all the stuff I liked," he said. "And that was always my passion. When I got into college, I said, 'You know what? I'm going to make a brand.' It's not just a clothing line, but a brand."
...