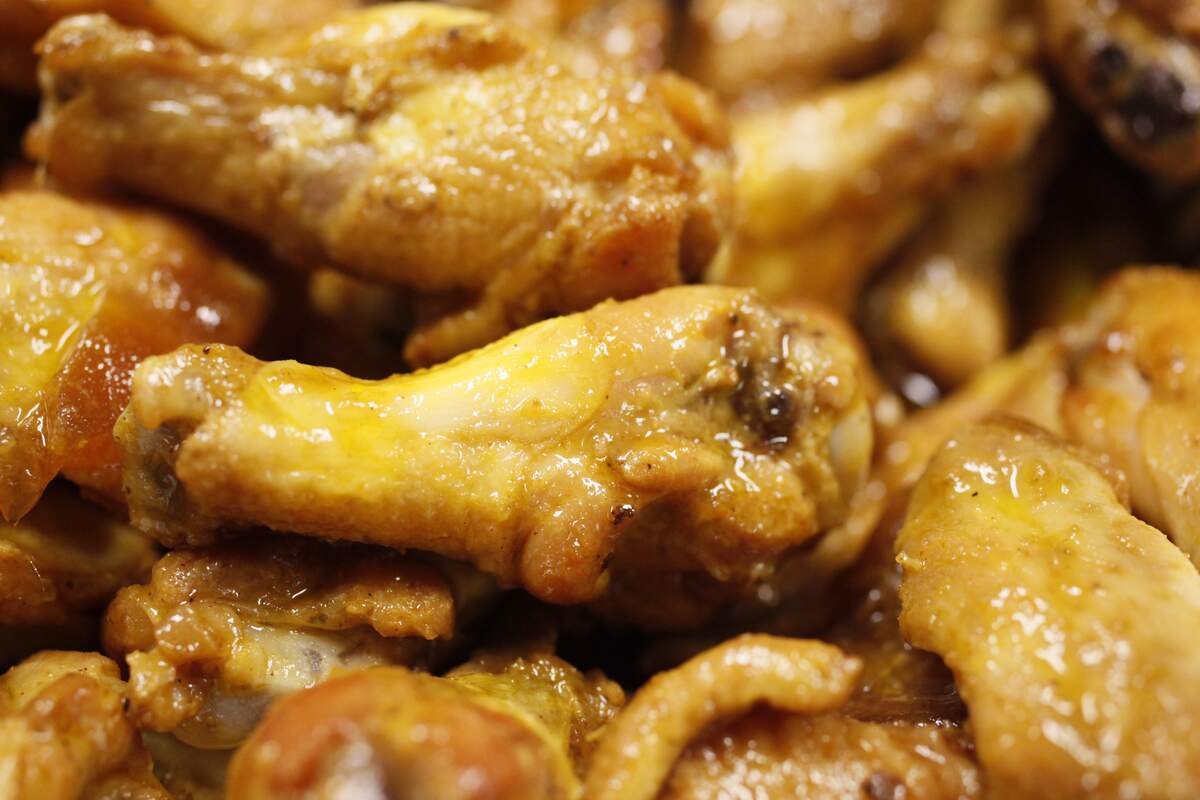 Buffalo wings were invented by Teressa Bellissimo at Buffalo's Anchor Bar in 1964. According to multiple stories, Teressa, who owned the bar with her husband Frank, deep-fried some wings for her son Dominic and his college friends, who had come into the bar hoping for a late-night snack. Before serving them, she tossed them with cayenne hot sauce and butter. Chicken wings had otherwise usually used for chicken stock at the bar, and according to some accounts, the bar had recently accidentally received a shipment of wings and had too many to know what to do with. 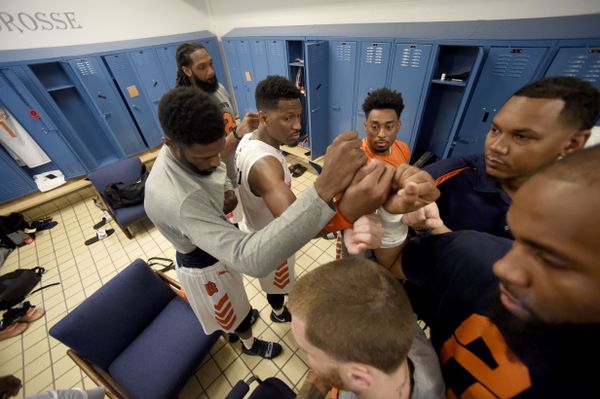 For Boeheim’s Army, the fan support, the camaraderie masked the disappointment (PS; Ditota)

Everything went so perfectly. The meet and greets with Syracuse fans. The reunions in the Melo Center with old teammates and Syracuse coaches. The Syracuse-area venue, sold out with loud and proud Syracuse fans.

But in the end, those memories for players and fans would have to suffice. Because here, inside Onondaga Community College’s SRC Arena, the conclusion came for Boeheim’s Army. Brotherly Love, a collection of Philadelphia players who shot better, rebounded better and ultimately played better than the Army, won 75-62 and moved on to Chicago in the quest for $2 million in The Basketball Tournament.

On Sunday, current Syracuse players sat courtside and lived and died with every play. They stood and cheered. They rose to anticipate 3-point shots. They shouted “Rebound!” to players who needed every bit of encouragement on the glass. They pleaded with referees.

So yeah, the current Syracuse team is into this Boeheim’s Army game.
...

Jim Boeheim was visible to every fan who stepped inside SRC Arena on the campus of Onondaga Community College over the weekend.

He sat courtside alongside his team and coaching staff with a watchful eye on his former players competing in The Basketball Tournament.

"It's special," Boeheim told CNY Central Sports Director Niko Tamurian. "Look at the fans. Our fans are great. We just need a bigger capacity to get more people in. It's been great. It's fun to see the players back. Our players have been interacting with them and talking to them in practice. So, it's been great. It's been a great experience."

The most unique thing about The Basketball Tournament is the fact that players from different eras of Syracuse basketball converged on the same team, making for a one-of-kind event for Orange fans of all ages.

Boeheim was seen at Friday night's game, resulting in Boeheim's Army's 3-point win over 'We Are D3'.

His wife Juli [Boeheim] was present for Saturday's game against Gael Nation, while he returned for Sunday's matchup with 'Team Brotherly Love'.

Brandon Boston commits to Kentucky after Duke pulls back in recruiting (balldurham.com; Connelly)

Five-Star guard Brandon Boston Jr. committed to the University of Kentucky on Saturday afternoon after the Duke Basketball program pulled back on its recruiting push.

It’s not often that Mike Krzyzewski and the Duke Basketball program get turned down by five-star recruits, but five-star guard Brandon Boston Jr. picked the Kentucky Wildcats on Saturday.

Duke appeared to be the favorites to land Boston but pulled back on its recruiting efforts recently after landing Jalen Johnson to its 2020 class.

Boston also recently announced that he will be joining Sierra Canyon High School for his senior season along with Ziaire Williams, LeBron James Jr., and Zaire Wade.

The California native took an official visit to Lexington on Thursday and the marriage appeared to already be set between Boston and John Calipari.
...

Over the course of the game, the Orange were slowly run down. Three games in three days proved too much and Boeheim’s Army simply ran out of gas.

Brotherly Love is a team that is dedicated to the pass. Which really hurt Boeheim’s Army when they were running the 2-3 zone.

But after enough shooting and passing success the Boeheim’s Army coaching staff was forced to go back to man-on-man, much to the dismay of Syracuse basketball head coach Jim Boeheim.
...

Welcome to Sudden Death, the most extreme food of the 2019 NYS Fair (PS; Pucci)

From the maker of The Defibrillator, New York Harvester and the Heart Attack comes the Sudden Death.

The latest over-the-top creation from Fried Specialties will debut at the 2019 New York State Fair. It features two six-ounce angus beef burgers stuffed with a third of a pound of homemade macaroni and cheese, a quarter-pound slab of cheddar cheese and a quarter of a pound of deep-fried pork belly. That whole thing is then wrapped in a bacon weave that alone is about a half-pound of bacon.

It’s then deep fried and served with a side of cheddar cheese sauce and your choice of milder chipotle sauce, or a fiery hot habanero sauce that Fried Specialties owner Jim Hasbrouck said will “take it beyond belief.”

All told, the dish weighs in at around three pounds. The price has not yet been finalized, but Hasbrouck expects it to run around $12 or $13.

“This burger is definitely not approved by four out of five doctors and I don’t suggest a regular diet of Sudden Deaths, but when you come to the Fair, it’s a time to try something fun and wild,” Fair Director Troy Waffner said in a statement.

Hasbrouck said he’s had the “sudden death” name in mind since the 2018 fair, but it wasn’t until the Herkimer Diamond Gem Show & Festival on July 20 and 21 that he finalized the artery-clogging creation worthy of the title. The samples he offered to festival-goers there earned rave reviews, Hasbrouck said, adding that the state fair will be the first time the Sudden Death will be an actual menu item.
...​