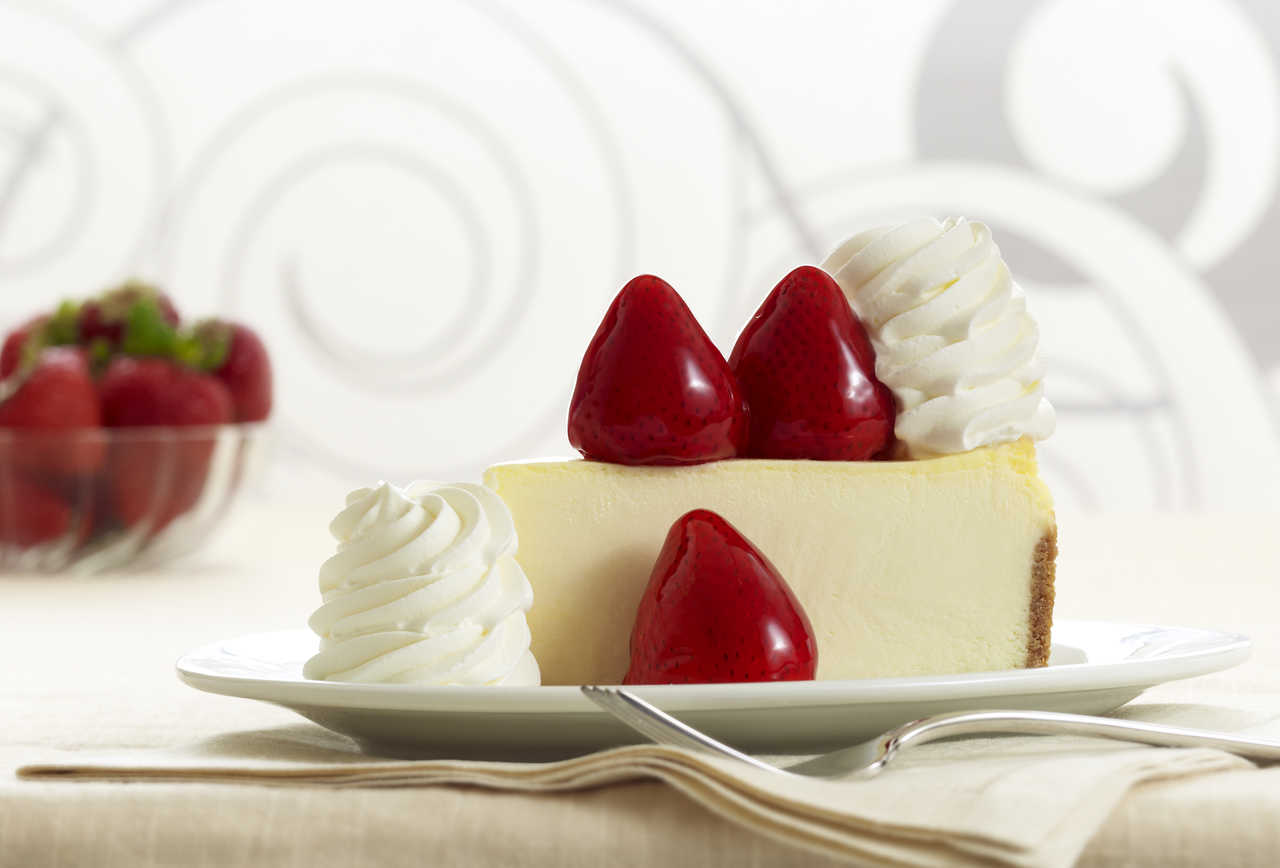 Cheesecakes are popular desserts at bakeries and restaurants around the world, especially so today, because it is National Cheesecake Day! Cheesecakes usually consist of a mix of cheese, sugar, and eggs over a thin crust, with a topping of sweet or salty items. The type of cheese that is used often depends on the location of where the cheesecake is made. Common cheeses used around the world include cream cheese, cottage cheese, ricotta, and quark. Toppings may vary by location as well. Cheesecakes are either baked or chilled by refrigeration. Although, baked cheesecakes are usually chilled too, after they are baked, in order to help set their filling.

Maggiano's Little Italy
The deal: Everyone is getting a free slice at Maggiano's. Buy an adult entrée and you'll get a slice.
When: July 30 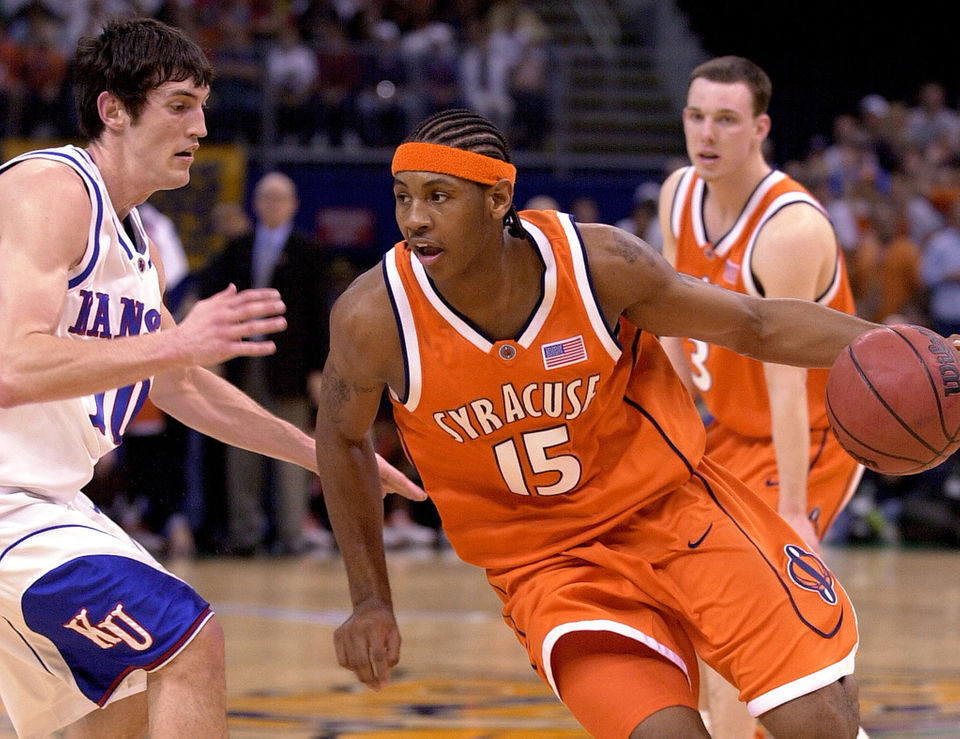 This year the Syracuse basketball team's roster will include a group of five freshmen.
The quintet includes the career scoring leader in New York state high school history in Joe Girard III and a highly-touted import from Canada in Quincy Guerrier. Then, too, there is 6-3 guard Brycen Goodine and a pair of big men in Jesse Edwards and John Bol Ajak.
Will any of the five freshman have a big impact on the Orange this season?
The five newcomers got us thinking about the greatest freshmen seasons in Syracuse history.
This is our Top 25.


No. 25 Erich Santifer
Erich Santifer was a 6-foot-4 guard from Ann Arbor, Mich. He came to Syracuse in 1979 and started 16 games as a freshman during the 1979-80 season.
Santifer averaged 10.7 points and 3.3 rebounds a game as a freshman on a team that included seniors Roosevelt Bouie and Louis Orr. Syracuse went 26-4 that season.
Santifer offered a hint of more things to come when he scored 29 points in Syracuse's 97-83 win over Villanova in the NCAA tournament.


No. 24 Tyus Battle
Seven games into his freshman year, Tyus Battle stepped into a starting role. He averaged 11.3 points per game during the 2016-17 season.
Battle immediately established himself as a clutch performer. He hit a game-winning 3-pointer at the buzzer to beat Clemson. He finished the season scoring in double-figures in each of Syracuse's last seven games.
...

Brent discusses last weekends Boeheim's Army games including the great turn out, embrace from Syracuse fans, and The Basketball Tournament needing to continue to bring the event to Syracuse. Later, he dives in to some Syracuse Football talk including a position group that doesn't worry him as much as it may worry others.

The Syracuse basketball squad has a bunch of new faces in 2019-20, which is in part why expectations are fairly tempered for now.

When the Syracuse basketball team kicks off its 2019-20 campaign, SU will do so with only one returning starter, no seniors, five incoming freshmen, and a ton of uncertainty.

The ‘Cuse will feature a dozen scholarship players, which should equate to a lot of depth, but the Orange simultaneously isn’t bringing back a lot of guys who secured significant minutes during the last stanza.

As such, virtually none of the sport’s pundits currently project Syracuse as a pre-season top-25 crew. That’s understandable, and, frankly, I like it when SU’s expectations are lowered. See the 2002-03 term as a prime example.
Still, I feel excited for the campaign that the ‘Cuse will soon embark on because while the roster is young, the Orange will possess a plethora of offensive weapons. At least, on paper, that is.

Collegiate-hoops guru Jon Rothstein of CBS Sports and Sports Illustrated, who for my money is one of the best in the business, sent out a tweet on Monday morning regarding his Atlantic Coast Conference off-season power rankings. He’s got Louisville at No. 1, followed by Duke, North Carolina, defending NCAA champions Virginia, Florida State, N.C. State, Syracuse, Notre Dame, Georgia Tech, Miami, Boston College, Pittsburgh, Clemson, Wake Forest, and Virginia Tech.

I believe that Rothstein has SU in a logical location at No. 7. Too much inexperience for the ‘Cuse to get slotted in the top four or five, yet my gut tells me that the Orange’s talent will keep our beloved boys in the ACC’s top half.
...

Boeheim's Army's run in 2019's The Basketball Tournament is in the books, after a tough loss to Brotherly Love in the Super 16.
While the result is tough for Syracuse Basketball fans, those fans also should be proud of themselves for an incredible atmosphere at the SRC Arena all weekend.

But the real MVP's, are all of you.

The Syracuse fans that sold out the SRC arena Friday and packed it on Saturday and Sunday for a summer tournament mind you, were nothing short of amazing.
When it comes down to it every college says their fans are the best, but you all came out in droves, and not to watch a team playing for the Final Four or trying to get Jim Boeheim his next milestone victory.
You came out to show love.
...

While the NCAA Tournament is played out at neutral sites — or mostly neutral sites — around the country, college basketball's homecourt advantages help to make the sport what it is.

Watching several thousand fans on their feet, testing the decibel levels of eardrums makes for a surreal experience; there's nothing better than being at an elite packed-in arena when it's rocking and the home team is playing well. Conversely, there's no more satisfying feeling than when a fan's team goes into one of those situations and leaves with a rare road win.

And with the acoustics of gymnasiums, biggest doesn't always equal best. There are teams that didn't make the top 20 that get an absolutely nasty edge when they play at home. Some are mid-majors with tremendous setups for generating noise — opposing coaches rave about traveling Grand Canyon, for instance, including those used to playing in packed monster arenas — and another is Duke. And while Blue Devil fans won't find themselves on any top attendance chart like this one because Cameron Indoor Stadium is simply too small an arena, it's worth noting that Blue Devil fans provide more than enough bang for their buck.
...
...
1. SYRACUSE — 21,992 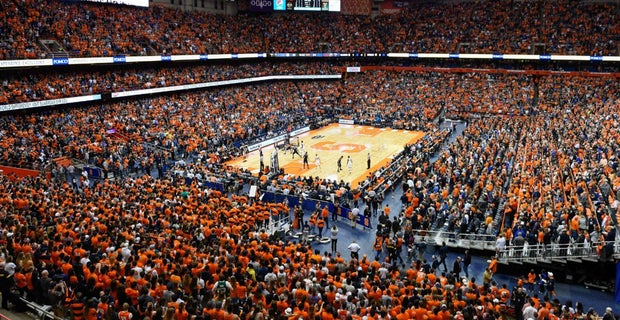 Syracuse plays its home games in the Carrier Dome, meaning no college basketball team has a capacity anywhere close to what the Orange can boast. With a listed capacity of 35,446, the Carrier Dome holds more than 12,000 more fans than Rupp Arena, and Syracuse hit that full capacity number this past season when the Orange hosted Duke, a game that ended with a Blue Devil win. In fact, Syracuse was one of the least successful programs at home to make this list, losing six times in 19 games this past season. But Syracuse also drew 417,852 fans over those games, the lone college basketball program to have more than 400,000 fans at home games last year.
... 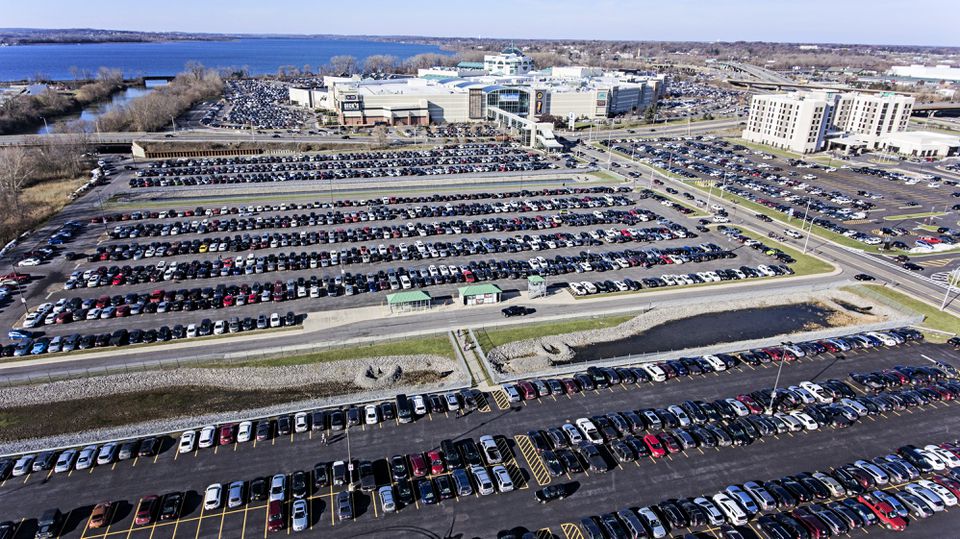 Destiny USA landed on a national list of the top 10 retail center experiences in the U.S. last week.
Destiny, owned by Syracuse-based Pyramid Management Group, ranked sixth on the list from Chain Store Age, an industry publication. It came in just behind the Mall of America.

The publication's write-up on Destiny includes many nods to Upstate New York's winter weather and notes the mall achieves the "seemingly impossible mission of attracting 25 million people a year."

"It may not be destiny to deliver that many people to remote and often blizzardy Syracuse, but it is something on the order of a retail real estate miracle," Chain Store Age said.

Note: Though Chain Store Age mentions 25 million “people,” Destiny’s reported figure refers to annual visits, which could include many repeat trips. So, if you go to the mall 10 times a year, you count 10 times.

The publication hailed Destiny’s focus on dining and entertainment. It mentioned the mall has emphasized outlets and discount stores as well.