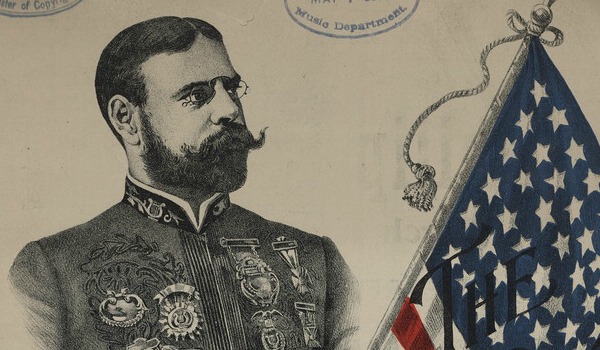 Welcome to "The Stars and Stripes Forever" Day

Today's holiday takes place on the anniversary of the first public performance of "The Stars and Stripes Forever," and is thus dedicated to the march. The march was first performed on May 14, 1897, in Philadelphia, Pennsylvania, on the occasion of the unveiling of a statue of George Washington. President William McKinley was even in attendance.

John Philip Sousa had been the director of the United States Marine Band from 1880 to 1892. The most popular musical star of his era, Sousa was known as the "March King" by the 1890s, and started his own band and toured the country after leaving the Marine band. But at this time, he had yet to write what would become his most well-known piece.

In late 1896, Sousa was on vacation in Europe with his wife when he found out his band manager, David Blakely, had passed away. It was when traveling back to the United States on a ship that he got the inspiration to write "The Stars and Stripes Forever," a song he later said was about the feeling one gets when returning to America. On Christmas Day 1896, the music began forming in his head, and he wrote it down when he made it home. He described his writing process in his autobiography: "...absorbed in thoughts of my manager's death and the many duties and decisions which awaited me in New York. Suddenly, I began to sense a rhythmic beat of a band playing within my brain. Throughout the whole tense voyage, that imaginary band continued to unfold the same themes, echoing and re-echoing the most distant melody. I did not transfer a note of that music to paper while I was on the steamer, but when we reached shore, I set down the measures that my brain-band had been playing for me, and not a note of it has ever changed."

What do you remember about the first sporting event you went to in Syracuse? Tell us about it (PS; Axe)

I was six-years-old and down in our newly remodeled basement playing with some “Star Wars” toys when my dad came down the stairs with a pair of tickets in his hand and asked if I wanted to go to the Carrier Dome with him to watch a St. John’s-Syracuse college basketball game.

I had no idea my life was about to change and a love for sports would be born ...like four years later when I actually understood what the heck I was watching.

MJ Rice, one of the top prospects in the state of North Carolina, will head to Oak Hill Academy for his final two seasons of prep basketball. The 6-foot-5 Rice, a 5-star wing in the 2022 class, played for Durham Academy the last two seasons.

247 Sports Composite ranking slots Rice as the No. 22 overall prospect in the 2022 class, and the No. 2 prospect in North Carolina.

Back in Dec. 2019, Rice tore his ACL, which forced him to miss the remainder of his sophomore season. Prior to the injury, Rice averaged 25 points and nine rebounds per game. Shortly thereafter, Rice had surgery to repair the ACL; since then, he’s been recovering.
...

Have you ever gotten a gift, torn off the wrapping paper, then been completely disappointed by what was inside?

Well, that was the beginning of last year’s basketball season for the Atlantic Coast Conference. All but one ACC team opened its 2019-2020 college basketball seasons playing a conference game (Duke faced Kansas in the Champions Classic). However, these games did not live up to expectations, forcing the ACC to change its scheduling strategy for the upcoming year.

The awful showing that was Virginia-Syracuse was one of the main disappointments from college basketball’s opening week. The game was an absolute rock fight. Neither team reached 50 points, the Orange shot 24% from the field, and UVA turned the ball over 16 times.

Unfortunately, the latter two statistics trended throughout the other six ACC contests. Half of the teams recorded a field goal percentage below 40%, and 10 out of 12 teams had double digit turnovers. The sloppiness and overall drag of the games made for a mostly poor viewing experience.
...

Jon Scheyer's job description seems to have steadily grown from year to year, but it's possible the Duke basketball treasure will suddenly see a heavy load of new responsibilities this fall.

Nobody knows what November will look like. Nobody knows if college hoops will begin then, months later, or not at all. But as CBS Sports insider Gary Parrish pointed out this week, should the 2020-21 season take place, the thought of Duke basketball head coach Mike Krzyzewski and his over-65 peers roaming the sidelines sparks some concerns:

"This is a sport where the coaches at some of the top programs — most notably 76-year-old Jim Boeheim at Syracuse, 74-year-old Mike Krzyzewski at Duke, and 70-year-old Roy Williams at North Carolina — are, according to the CDC, 'at high-risk for severe illness from COVID-19.' So if it's being deemed unsafe for older teachers to return to their classrooms, logically speaking, here's my question: Why would it be safe for older coaches like Boeheim, Krzyzewski, and Williams to return to their locker rooms?"

As Parrish's article suggests, Coach K could end up watching both games and practices from a distance. Should that indeed become reality, the logical choice to act as head coach from the bench, in the locker room, and on the practice court would be Jon Scheyer.
... 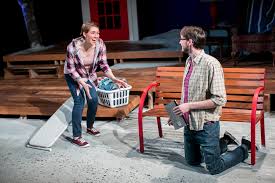 With the event of the coronavirus pandemic, our weekly things-to-do list is a collection of activities you can take part in while practicing social distancing. This week we see Fulton’s first ChalkFest, virtual running and walking challenges begin, Syracuse Stage’s first virtual Young Playwrights Festival, and more. Need a bit of excitement in your next virtual video call? Consider inviting a llama, goat, or pig from two Upstate New York farms via Goat-2-Meeting.

If you know of a virtual event happening, let us know at features@syracuse.com.

Bell’s Brewery is hosting a National Pizza Palooza on Facebook live for Bell’s Brewery at 7 p.m. on May 15. Jacki Hannon, is a self-proclaimed beer nerd and lover of the culinary arts, will be hosting the event from her home in Baldwinsville. Hannon will be doing beer pairings with pizza from Apizza Regionale, Pizza Man and Kitty Hoynes. Want to participate in the tasting?
...