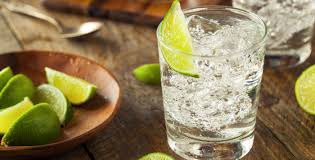 Gin and tonics have been substantially a British drink for the longest time. As a staple among the list of amazing cocktails out there, gin and tonics have a high bitterness to it, but it dies down with lime and sugar to make it palatable for most people. Whether you order it at a bar or make it at home, gin and tonics deserve their day to be celebrated.

The cocktail idea began during the reign of the British East India Company in India during the 1700’s. Malaria had been roaming around in India and became a problem. To treat malaria, George Cleghorn, a Scottish doctor, discovered that quinine, a flavor component of tonic water, could be used to treat malaria. However, not many liked the taste.

So, British officers in India in the early 1800’s began adding water, sugar, lime, and gin to the tonic water, and thus a gin and tonic was born. While tonic water isn’t used as an antimalarial treatment, tonic water contains less quinine and is sweeter. As for the gin component of the cocktail, gin is made explicitly with juniper berries and was sold in 17th century Holland as a cure for medical issues like gout, gallstones and stomach problems.

The 10 numbers that will define the Syracuse season (theathletic.com; $; Gutierrez)

Further evidence that the bulk of Syracuse’s defensive struggles last season were related to the interior: SU allowed opponents to shoot 66 percent at the rim, which ranked 338th in the country. Compare that with 2018 and ’19, when the number was only 55 percent, and SU’s interior defense ranked in the top 40. The 2-3 zone is designed to reduce chances near the basket, but this 11 percentage point drop was a lead reason for several Syracuse losses and a so-so 18-14 record.

The issues were exacerbated by the fact that Syracuse ranked 351st in the country in 3-point defense rate. While Elijah Hughes and Marek Dolezaj offered length on the wings, a lack of quickness at the top of the zone sometimes made contesting perimeter 3s a challenge. All of this explains why last year’s defense was coach Jim Boeehim’s second-worst in the KenPom era. “Our problem wasn’t the zone,” Boeheim said last month. “It was simply that we weren’t getting the help we usually get inside.”

It’s hard to argue with these numbers, or any numbers, for that matter. They reveal themes, strengths, weaknesses and tendencies. They also help us predict the probability of future events. So here we go: the top 10 numbers that will reveal a lot about Syracuse in 2020-21. They are not arbitrary; they are based on conversations with players and coaches this summer, as well as an analysis of the team. We’ll expand on the three numbers above, then dive deeper into more digits.
...

Let’s hope that Syracuse basketball commit Dior Johnson is rehabbing his injury well, but his return to Oak Hill doesn’t seem all that likely.

On Oct. 14, Oak Hill Academy men’s basketball head coach Steve Smith posted a tweet of a team photo, and several comments got made about the apparent absence of Syracuse basketball 2022 commit Dior Johnson in this photo.

A few weeks ago, word broke that Johnson, a five-star point guard, had left the Oak Hill Academy in Mouth of Wilson, Va., reportedly to rehab a stress fracture in his foot, but at that time media reports indicated that he had not withdrawn from the elite prep school.

Since that development came across, I had regularly checked the Oak Hill Academy Web site, and Johnson continually was included on the team’s roster page. However, a couple of days ago, when I did my daily check, Johnson was no longer featured on the roster’s Web site page, which notes “active” members of the squad.

Of course, this doesn’t mean that Johnson is no longer enrolled at the Oak Hill Academy, however, if he was still a student there, but just taking a leave of absence to deal with his injury, why would the team take him off of the Web site, after the squad had left Johnson on the Web page for multiple weeks since he had actually left?

I e-mailed the Oak Hill Academy athletics director several days ago, but unfortunately I didn’t receive a response. Given student privacy, I completely understand if Oak Hill Academy can’t comment on Johnson’s status at this school.

More than anything else, I sincerely hope that Johnson is okay, whether he heads back to the Oak Hill Academy or not. Syracuse basketball fans of late seem to reside in one of two camps on Johnson.

Some fans worry that he’s not returning to the Oak Hill Academy and will never suit up on the Hill, because they think that he will head straight to the professional ranks from high school.

Other ‘Cuse fans say that all the media attention is a bit much, and we should all just let Johnson figure his own stuff out. If he comes to Central New York great, but if he doesn’t make it to the Hill, the team will move on.
...

Justin Taylor, one of the best shooters in the 2022 class, would prove a terrific fit in the Syracuse basketball system.

Justin Taylor, a 2022 four-star wing out of Virginia, says that Syracuse basketball is among several high-major teams prioritizing him, according to a report.

The 6-foot-6 Taylor told 247Sports recruiting analyst Brian Snow that the Orange, fellow Atlantic Coast Conference members N.C. State and Virginia Tech, and Indiana out of the Big Ten Conference are prioritizing him.

According to the primary recruiting services, the Hoosiers are the most-recent team to offer Taylor, who is a junior at the St. Anne’s-Belfield School in Charlottesville, Va., near the University of Virginia campus.

A top-80 prospect across the country in the 2022 cycle, Taylor says that the Cavaliers, a squad that won the 2019 NCAA championship, are showing interest in him, as are North Carolina and Michigan, per the Snow story.

In July, the ‘Cuse offered a scholarship to Taylor. A review of the main recruiting Web sites reflects other offers from units such as Maryland, Marquette, Butler, Richmond, George Washington, Liberty, James Madison and Old Dominion.
...

Syracuse basketball high-priority target Micawber Etienne has a tough-to-read recruitment, and for now the Orange is still in contention.

National recruiting analysts have said multiple times of late that the recruitment of Syracuse basketball high-priority target Micawber Etienne is proving a challenge to read.

The 2021 four-star center, a top-65 prospect nationally in his class, has an abundance of high-major offers, and the Orange has pursued him for quite a long time.

The 6-foot-10 Etienne, a senior at the Brewster Academy in Wolfeboro, N.H., may not make his collegiate decision or even cut down his list of possible suitors in the near future, so of course we’re speculating a bit here.

However, some signs have recently indicated that perhaps the ‘Cuse isn’t among the top teams in the running to land this ultra-talented big man.

Brian Snow, a recruiting analyst for 247Sports, has penned a column where he discusses in detail the recruitment of Etienne, and Snow’s insights are absolutely worth passing along to all Syracuse basketball fans out there.
...

Tyrell Ward, a top-30 small forward and top-five prospect in the state of Maryland within the 2022 cycle, is receiving interest from Syracuse basketball, according to a report.

To date, the junior wing has several high-major offers, which we will detail in a moment. As it pertains to the Orange, Ward has visited the ‘Cuse unofficially, and Syracuse basketball is watching him “closely,” writes Bossi. 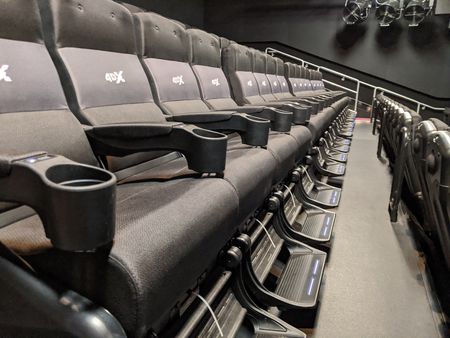 Movie theaters can reopen in NY, aside from in NYC, next week (PS; $; House)

The months-long shutdown of movie theaters in New York is set to end — in part — next week.

Movie theaters across the state, aside from New York City, can reopen Friday, Gov. Andrew Cuomo announced Saturday during a briefing. Theaters can reopen at 25 percent capacity, he said, and can have no more than 50 movie goers in front of each screen.

Theaters have been closed for months due to the coronavirus pandemic and are among the last businesses to get the green light to reopen.

There are parameters, however, for reopening.

To reopen movie theaters, counties must have no coronavirus cluster zones and positive coronavirus rates below 2 percent.