Star Trek Day celebrates the premiere of Star Trek: The Original Series, but more broadly speaking, it celebrates everything in the Star Trek universe. The day has been embraced by the likes of CBS, Google, and even Oreo. September 8th has long been informally observed as Star Trek Day, but beginning in 2020, CBS—first through CBS All Access and then through Paramount+—began hosting Star Trek Day celebrations. These have featured live-streamed panels with conversations with cast members from different series, streams of Star Trek episodes, the raising of money for social justice issues, and sales on Star Trek merchandise. 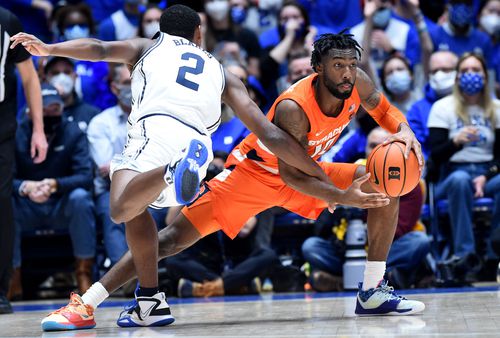 If Boeheim really plays man defense, which players are best suited for it? (PS; $; Waters)

You know how you can tell that basketball season is right around the corner?

It’s not the sight of school buses on the roads or pumpkin beer on the shelves or Halloween stores popping up all around Central New York.

No, it’s the increased chatter amongst Syracuse fans on whether the Orange will play any man-to-man defense this season. Syracuse coach Jim Boeheim added to the buzz this year after suggesting on the record and in private discussions with recruits that he might be inclined to come out his famous 2-3 zone defense some this season.

So that’s where we start off in this week’s Mike’s Mailbox.

As always, if you have a basketball-related question for Mike’s Mailbox, email it to mwaters@syracuse.com.

Q: I’ve read that when he was recruiting them that Jim Boeheim told this year’s freshmen that he might play some man-to-man defense this season. If that’s true and Syracuse does play man-to-man, which of the players could benefit the most?

Fast-rising big man Isaiah Miranda, a 2023 four-star prospect who held a Syracuse basketball scholarship offer, recently trimmed his list of remaining suitors down to eight, according to media reports.

The Orange, unfortunately but not surprisingly, didn’t make the cut. Those that did are Southern California, UCLA, Oregon, Louisville, Georgetown, Texas, UConn and Rhode Island, per a report from On3 national analyst Joe Tipton.


The elite 7-foot-1 power forward/center, who has received more than 20 offers from a range of high-major programs throughout his recruiting process, has taken official visits to USC and Georgetown along with unofficial visits to UCLA and UConn, according to Tipton.

The On3 report adds that Miranda will soon officially visit Louisville, and he “also hopes to visit Texas, Rhode Island, and Oregon.”

Syracuse basketball offered 2023 four-star big man Isaiah Miranda last November.
Based on reports and interviews I’ve perused ever since Miranda picked up an Orange offer, I didn’t get the sense that the ‘Cuse ever emerged as a big-time contender for him.
... Power turned in a dominant July that set him on a course toward Duke. DFRITZ

TJ Power pieced together a dominant July in the Nike EYBL and on the Nike Peach Jam to earn multiple blueblood offers. In the end, he picked Duke over North Carolina, Boston College, Iowa and Virginia, and broke down his thought process behind the decision in a blog for Sports Illustrated.

I am happy to say that I’m officially joining The Brotherhood at Duke University.

For me, this whole process has been a learning experience. You go through each college, and you have the pros and cons, and Duke just checked most of the boxes.

I grew up watching them and their players and idolizing some of them like Cam Reddish, Marvin Bagley III, Jayson Tatum and Gary Trent. Now, I’m able to step in and play there for a guy like Coach [Jon] Scheyer, who I know really believes in me, and that’s so big for me.

I loved my visit, then you pair that with who they have coming in with me, just great guards and playmakers who can really score the ball. I know it’s gonna be such an electric experience to be able to be on the floor with those guys.

The overall brand of Duke also really got me. I think I really fit well with all the ideals there and how they approach things at that school.

All of that is what did it for me.

It’s crazy to look back on my last couple of months and how fast things moved. I was never really sitting on the Duke offer or waiting for big things to happen because I was in a really good spot with some schools.
...

The Tony Elliott Era has commenced in Charlottesville and fans are excited about the new regime. Lawrence Johnson, the new Locked On Virginia Host, joins the show to discuss whether or not the Hoos can be real Coastal & ACC Contenders and what we can expect from Tony Bennett & his returning playmakers this basketball season. 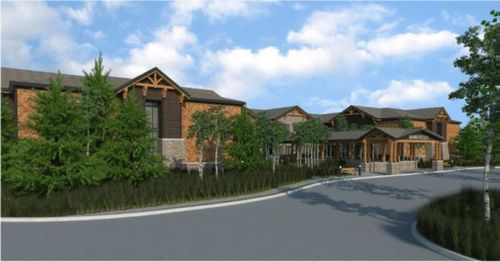 A developer is seeking more than $1 million in tax breaks to help him build an 88-room upscale hotel in Skaneateles.

The Onondaga County Industrial Development Agency will hold a public hearing Wednesday, Sept. 7 on developer Norm Swanson’s application for $1.2 million in exemptions from sales taxes on construction materials and furnishings and from the state mortgage recording tax. The hearing is scheduled for 10:30 a.m. at Skaneateles Town Hall.

He is not seeking property tax exemptions.

The hotel would cost $25.1 million to build and furnish, according to his application.

Scheduled to open in the fall of 2023, Skaneateles Lodge would have a mix of rooms with king- and queen-size beds, “family oriented” two-bedroom suites, and a bridal suite. The new resort-style property will be affiliated with the luxury Curio Collection Brand by Hilton.

Amenities would include a 150-seat restaurant that would be open to hotel guests and the public, an indoor and an outdoor pool, three outdoor hot tubs, a fitness center and a gift shop.
...