Change Ad Consent Do not sell my data Monday Articles | Syracusefan.com
Menu
Log in
Register
Install the app
You are using an out of date browser. It may not display this or other websites correctly.
You should upgrade or use an alternative browser.

Crouthamel, Shaw say it was inevitable that change was coming for Syracuse and the Big East

Statements from Syracuse coaches on Orange's move to the ACC

Brent Axe on SU to the ACC: Change for the good?

USC Moves to 3-0 with Decisive Win over Syracuse

Trojans start to feel the rush

Barkley in His Element in Orange Rout

Holtz & May go before the judge on SU/Pitt to ACC

College sports: survival of the fittest

All I Do Is Win Song 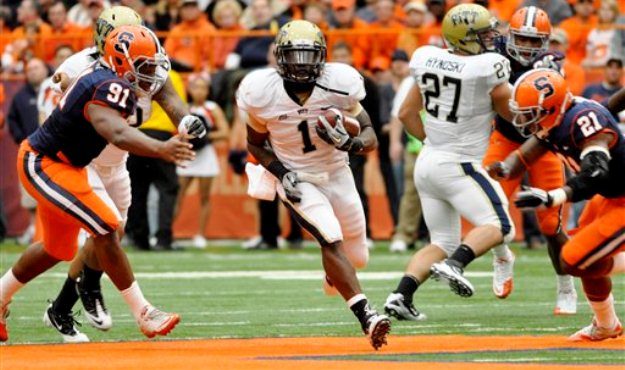 Pitt Is In; What's Next?

ACC additions could be only the start

What do Syracuse and Pitt bring to the ACC?

This time, the ACC's break from tradition helps preserve its tradition

ACC additions only the start of seismic shift

ACC expands to 14 with addition of Syracuse, Pittsburgh

Irish should follow Syracuse, Pitt to the ACC...South Bend News

Realignment heats up with Pitt, Syracuse to ACC

Maryland says Pitt & Syracuse are a 'great fit' for ACC

ACC Jumps in the Fray

Conference revolution under way, call it the Great Money Grab

It's all about money in the NCAA

Looking Into the Crystal Ball of Conference Re-Alignment

A truly sad weekend for the Big East

Big East picks up the pieces

WVU officials, Big East not sure what will happen next

ESPN columnist: 'This is the end of the Big East. Let's not kid ourselves'

The Dissolution of the Big East: How Can the SEC Capitalize?

UConn could be next school to jump to ACC

At major crossroads, UConn needs to push hard for spot in ACC

Know an honorable man running college sports? Give him a minute

My Favorite Questions from This Morning's ACC Conference Call

Syracuse & Pitt To ACC: I Mean, Where Do I Begin?

Give me a break... all of these people talking about how dishonorable it is to change conferences and how everyone should remain loyal look out for everyone else in their conference that might get hurt if they leave. Each university needs to make the decision that's best for them... SU and Pittsburgh can't worry about what Rutgers, UCONN, WVU, Louisville, Cinci, USF, and TCU are going to do now. It's up to those teams to do what's best for them. Landing in the ACC makes the most sense. SU and Pitt did not want to be part of some bastardized conglomeration of Big East and Big 12 leftovers, spreading the football conference from Connecticut to Texas in football and becoming extremely bloated and out of control in basketball. They wanted to move into a conference where there was long term stability, and good compatibility academically and athletically. This is the right thing to do, and makes sense for SU, Pitt, and the ACC. This is a long time coming, and certainly there is a bit of sadness at leaving the Big East, but unfortunately this was set in motion when BC, Va Tech, and Miami left back in the early 2000's and recent events with conference realignment finally pushed this across the finish line.
You must log in or register to reply here.