Change Ad Consent Do not sell my data Tuesday Articles | Syracusefan.com
Menu
Log in
Register
Install the app
You are using an out of date browser. It may not display this or other websites correctly.
You should upgrade or use an alternative browser. 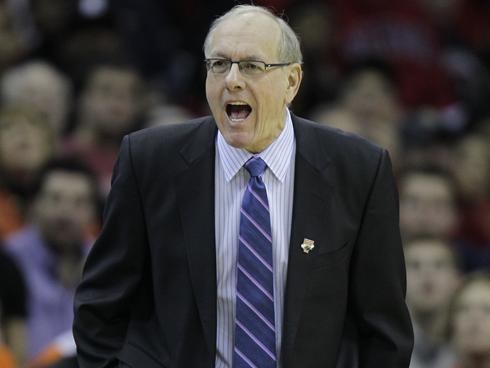 He looks like the second coming of Sam Perkins
Video: Nelens Noel is the top ranked center for 2013

Syracuse Orange Basketball in the Big East Through the Years

Troy Weaver one of five believed in contention for Portland job

ACC has lost its charm in rush to become next superconference

Around The Big East

Jim Calhoun: The Old Big East is Gone, It's Time to Move on

Calhoun willing to jump to ACC

Join The Discussion: Send Your Advices To UConn President ...

Villanova Wants in ACC? Who's Next? Transylvania? DePauw? IU ...

ACC addition of Syracuse, Pittsburgh fuels concerns over future of ...

Kentucky's Mitch Barnhart balks at talking about Louisville to the SEC

Vulnerable, huh? The ACC crowns itself king of college hoops

Sure a Lot of Misleading Headers "Boeheim hates Greensboro" He didn't say that he hated Greensboro"Andy Katz’s leading question – at least those on the conference call say it was – about the ACC tournament moving to New York and Madison Square Garden:Where would you want to go to a tournament for five days? Let's see: Greensboro, North Carolina, or New York City? Jeez". Let me think about that one and get back to you.". Sure makes for good sales. Disgusting reporting. Ask him the ? which City would he rather retire
to.!Boeheims Spectacular Rant ! silly

Like Sniders comment about realignment but put Md on the Newbie side,Of course he's from DC , MD Area and he thinks Md will lose the NC/Duke Games
You must log in or register to reply here.